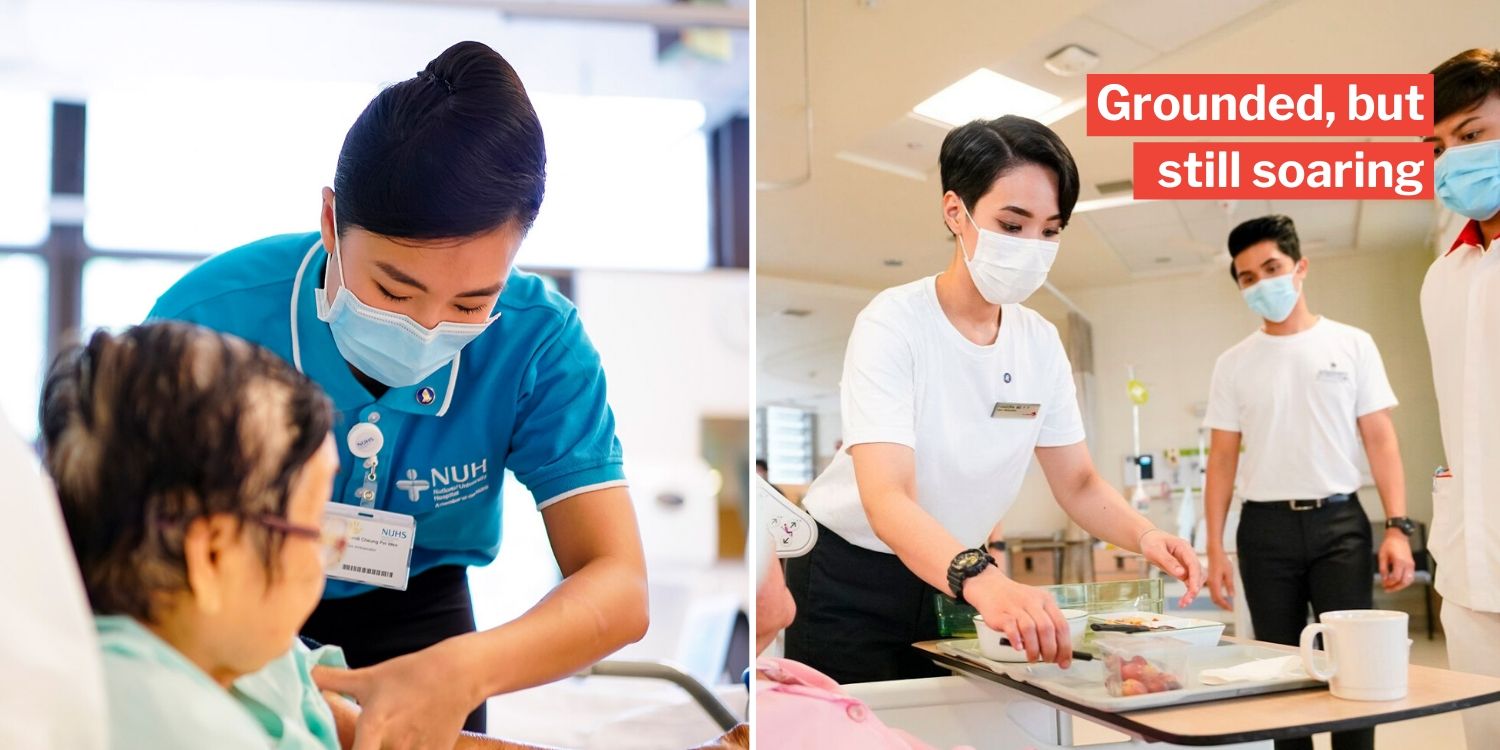 SIA, SilkAir & Scoot Cabin Crew Get Off To Flying Start In Their New Roles As Care Ambassadors In Hospitals

UPDATE (10 May, 5.20pm):  An earlier version of this article included a comment that was not representative of the struggles that our nursing community faces on a daily basis. We sincerely apologise for the inclusion of that comment & would like to extend our full support to every nurse & frontline healthcare worker who endure long hours to tirelessly care for their patients, without ample recognition on a daily basis.

We wish you all the best in fighting the good fight everyday despite insurmountable odds, and our hearts are with you in this difficult time as we pray for your health & safety.

When the Covid-19 outbreak gained momentum in Singapore and travel restrictions took hold, the aviation industry was naturally the worst hit.

And as Singapore Airlines (SIA) announced that it was slashing 96% of its capacity, it meant that a lot of its planes had to be put on ice and a lot of its cabin crew found themselves at a loose end.

While the airline is keeping busy by handling more cargo operations, what has its cabin crew been up to?

Many of them found another line of work that’s a natural fit for their impeccable service standards, one that would also be greatly needed during the pandemic — taking care of patients. 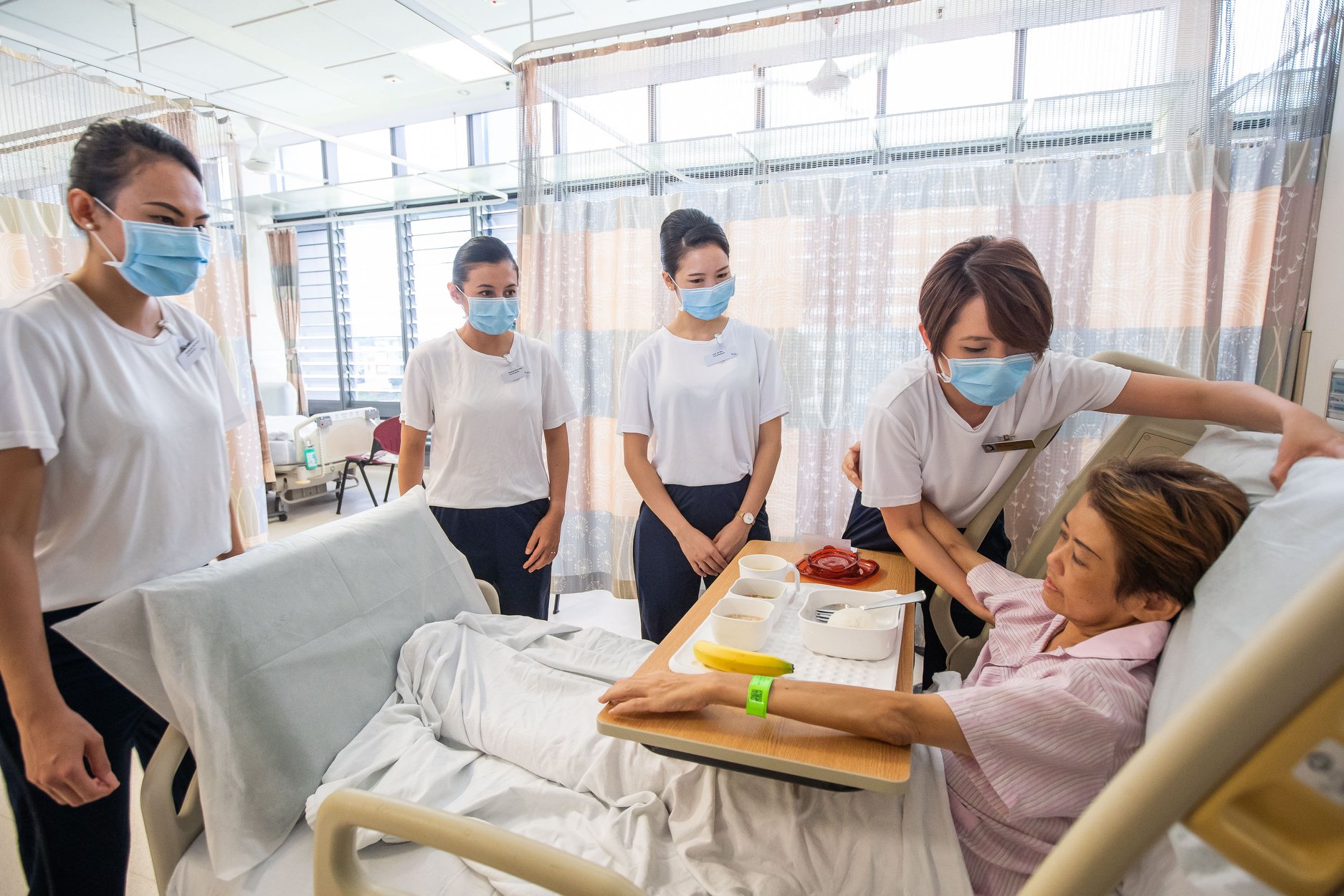 “Let me help you put your seat upright, ma’am.”
Source

MS News previously reported on how 30 SIA cabin crew were trained for a three-month stint as Care Ambassadors at Khoo Teck Puat Hospital.

Now it seems hospitals under the National University Health System (NUHS) have caught on as well, with 120 cabin crew from SIA and its sister airlines SilkAir and Scoot joining its hospitals as Care Ambassadors.

In this role, they tend to non-Covid-19 patients in non-clinical ways. They also support the hospitals with administrative matters.

And we must say, despite not wearing their sarong kebayas and sporting masks over their faces, these newly minted Care Ambassadors just exude SQ class and sophistication. 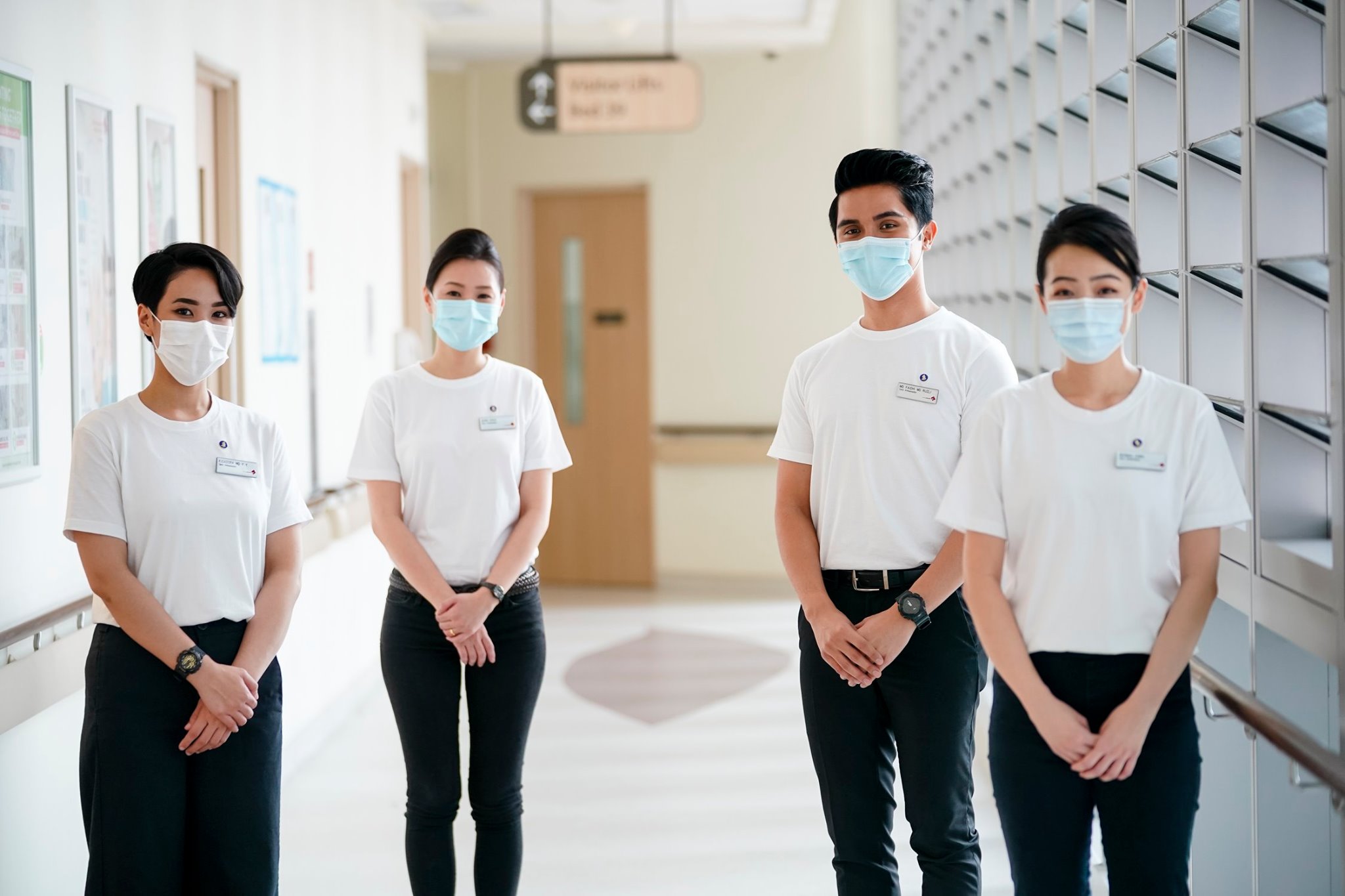 Trainers have only praise for them

After spending about two weeks on the job, the trainees have already passed with flying colours, judging by the kudos from the hospital staff who trained them. According to a Facebook post by NUHS, Senior Nurse Manager Quay Chwee Neo from the National University Hospital was impressed by the professional behaviour of the cabin crew,

They were very polite. Even though everyone was donning a mask, I could still see their smiles through their eyes throughout the day. Care Ambassadors are “professional and proactive”

Over at Ng Teng Fong General Hospital, where 30 of the Care Ambassadors are stationed, their trainer, nurse educator Noormazreen Maswan, was equally complimentary.

Calling them “very professional and proactive”, she elaborated that they are aware of their surroundings, which helps them anticipate what other people need.

We guess that’s due to their training as cabin crew, who also need to be alert and cognizant of passengers’ needs. Ms Noormazreen went on to say,

I’ve enjoyed imparting my clinical care knowledge to them and am very confident they will achieve a stellar performance in their role as Care Ambassadors with us. Relieving the burden on healthcare workers

While it must be disappointing for these cabin crew that they can’t take to the skies for the time being, we admire their never-say-die spirit in taking up this new role, thereby relieving the burden on healthcare workers so they can focus on the Covid-19 fight.

They’re truly a credit to their company, and we’d like Singapore to spare some applause for them the next time Clap For SGUnited comes around.