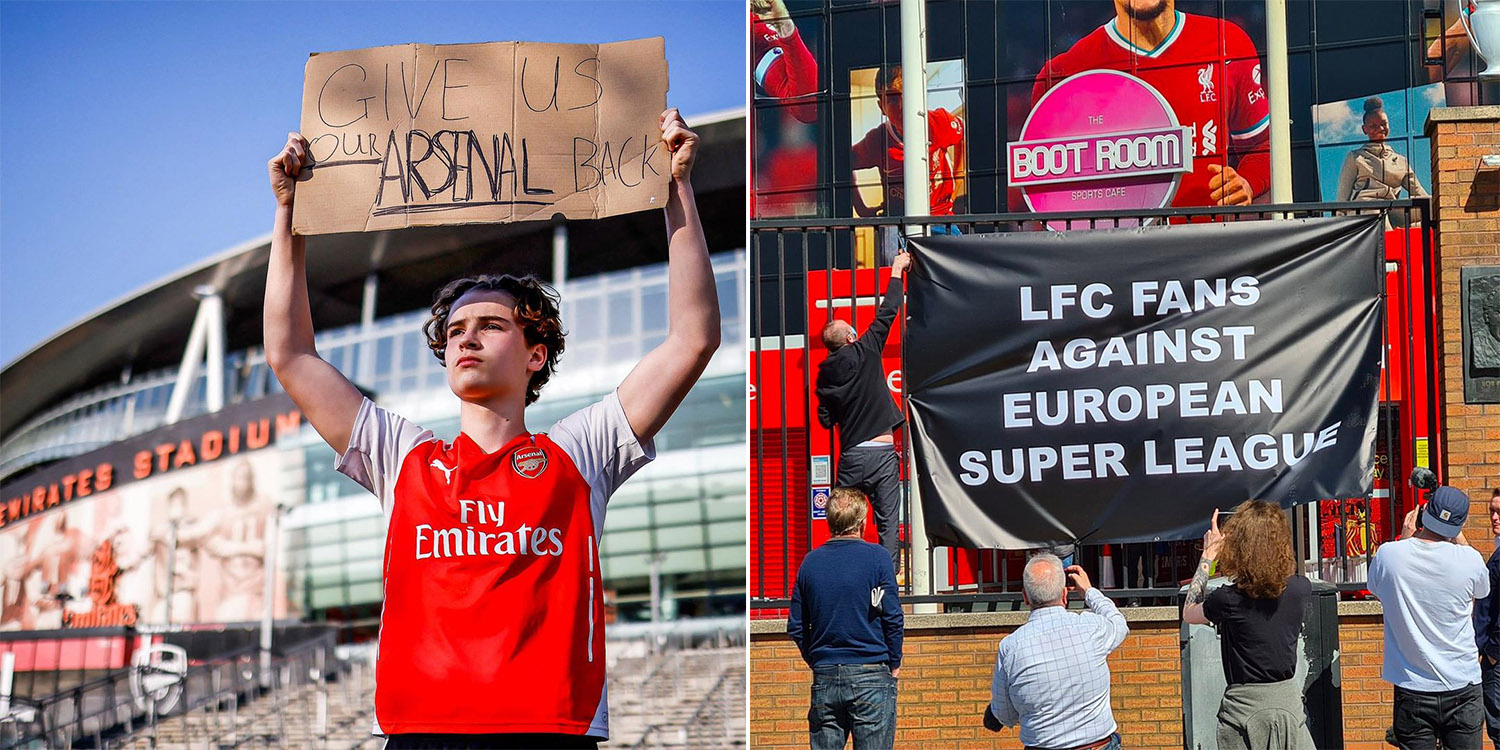 Fans are not happy.

Over the past 24 hours, you might have heard many of your friends ranting about how “football is dead” and swearing off supporting their favourite football clubs.

This might all be awfully confusing to those who mainly have an interest in players like Cristiano Ronaldo — and we’re not talking about his footballing ability.

But if you want to be in the know, you’ve come to the right place.

Ever since the announcement of a new European Super League, there’s been considerable pushback from the footballing world over the league that’ll shake up the sport as we know it.

We summarise the ongoing European Super League debacle in football, and why everyone – from fans, managers, to even players – is fuming.

Firstly, just what is the European Super League?

It is a proposed new league in Europe that’ll consist of 12 founding clubs from the English Premier League (EPL), Italian Serie A, and Spanish La Liga. 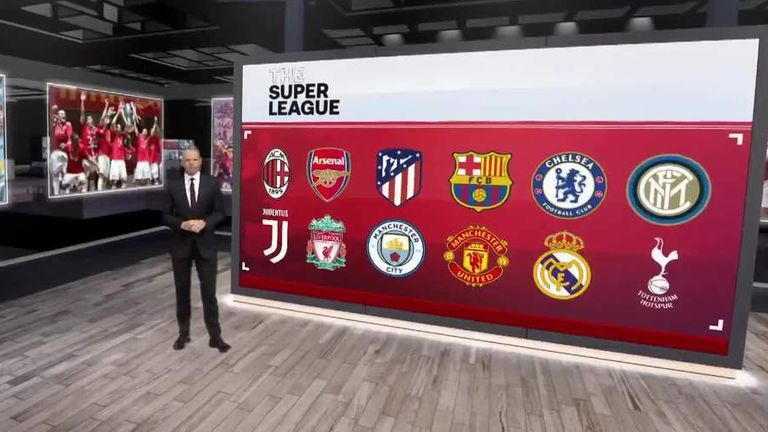 Many fan favourite teams are included, and they’re basically the who’s who of clubs that a Singaporean football fan will support.

The teams are as follows.

On 18 Apr, the 12 clubs simultaneously released a statement indicating their participation in this new league.

The league, as it’s currently planned, will have 20 teams split into 2 groups, which will play games during mid-week.

There’ll then be a knock-out format between the top 8 teams, ending in a single-leg final at a neutral stadium.

Teams will not be relegated, providing stability for owners who are concerned about losing revenue from not qualifying for major cups.

And because the league is being funded by venture capitalists, the participants can expect to gain in excess of $300 million a year.

So what’s the issue with this? The top teams playing regularly should be a good thing, right?

Except the European Super League is not endorsed by any other governing body in football.

The world and continental governing bodies – FIFA & UEFA – and the respective national football associations of these 3 countries have all come out in opposition to the league.

The UEFA Champion’s League (CL) is the traditional continental competition that pits the best of Europe against each other. 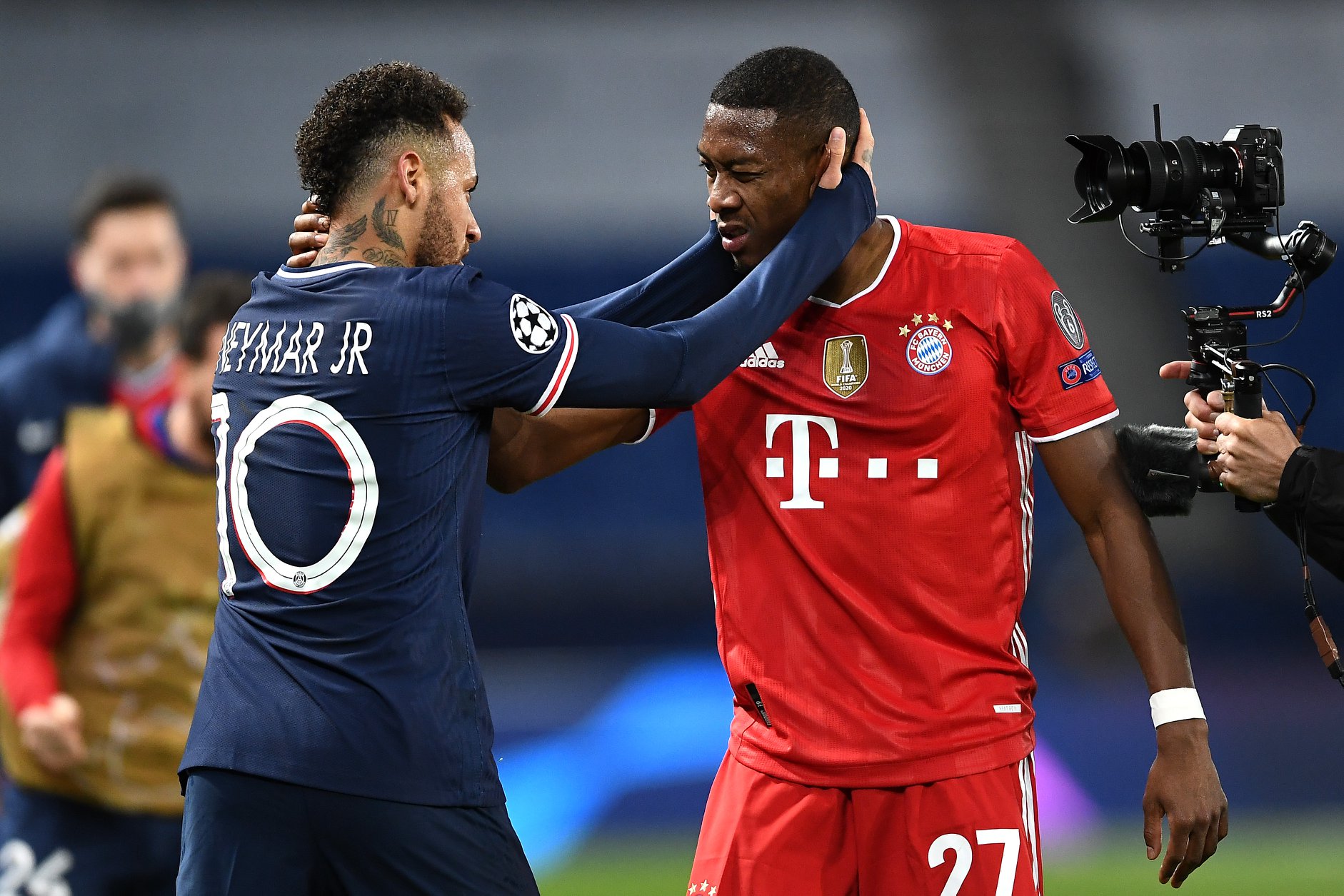 However, the way money is allocated makes it so that teams from less heavyweight European countries like the Netherlands and Greece get a fair amount too.

This means less money goes into the pockets of the big teams, who also happen to be large money-makers for UEFA thanks to TV deals that the continental body sells.

For years, the large teams have tried to lobby for more money, but rocky discussions in January between UEFA and the European Club Association (ECA) this year ended in a new CL format that still promises less money to the big clubs than hoped.

The teams have previously threatened to form their own league if they do not get what they want – that is, more money – despite threats that they’ll be expelled from future UEFA-sanctioned competitions.

Similarly, FIFA has threatened to ban players from these teams from competitions such as the World Cup if the clubs choose to go ahead with their plans.

Governments are getting involved

Now, even UK Prime Minister Boris Johnson is involved due to the stakes — he said ministers are working to prevent the league from happening, BBC reports. The whole situation, as you’ve probably realised by now, revolves around money. About how the richest clubs are looking to make themselves richer, at the expense of everything else.

And fans, including supporters of the clubs, are sick to the stomach. 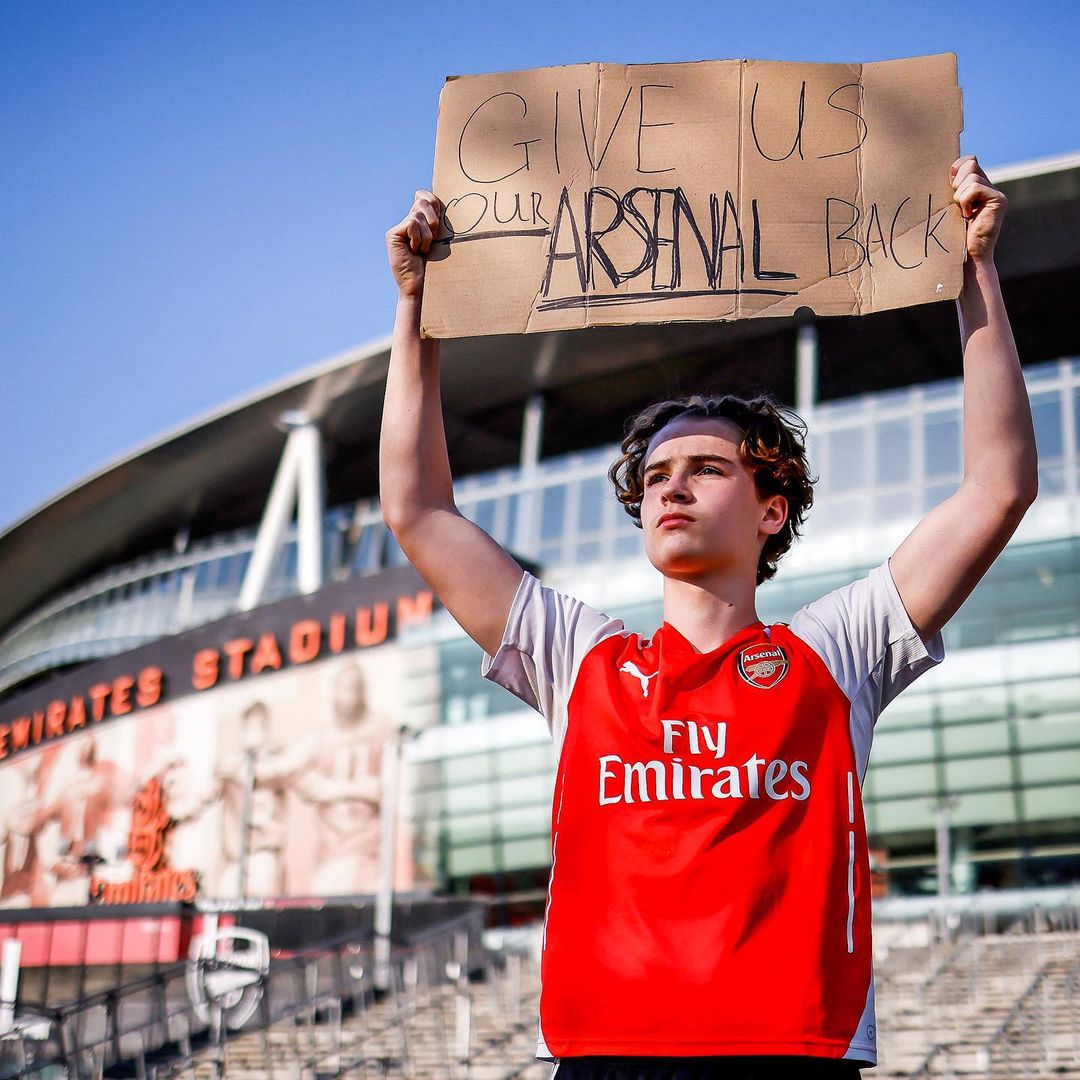 There are several reasons for this, but they boil down to how clubs are now driven by greed for money over their fans.

Fans also feel that their club no longer belongs to them, but to their wealthy owners who are pushing through with the European Super League.

Due to the Covid-19 pandemic, clubs are bleeding money due to lack of revenue from match crowds at stadiums, which are barred at the moment.

So the decision makes financial sense. But it does not sit well with the fans who pay to watch their clubs play.

All of football is at stake

Suddenly, the matter has turned existential. 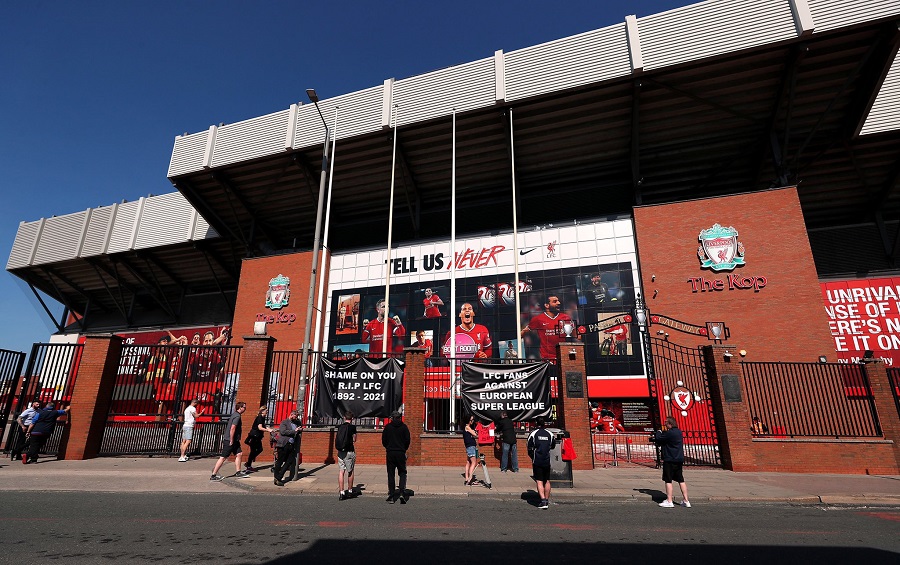 The Instagram post by Daniel Podence of Wolverhampton Wanderers spoke of how “(there’s) some things we just can’t really pay for”, naming several legendary moments in football.

Even managers of the clubs have their reservations about the situation, stating that they didn’t know about the European Super League plans until they were announced.

Liverpool manager Jurgen Klopp said neither the club’s players nor him were involved in the process.

Although they did not condemn the super league outright, the managers maintained that they like the Champions League as it is currently.

Hope for a fan-led solution

The hope is now that there’ll be some compromise.

Fans do not feel like they’re part of the process, and have been left behind by clubs over money.

A solution that caters to fans should be the priority. After all, there is no Beautiful Game without the people who play and watch it.