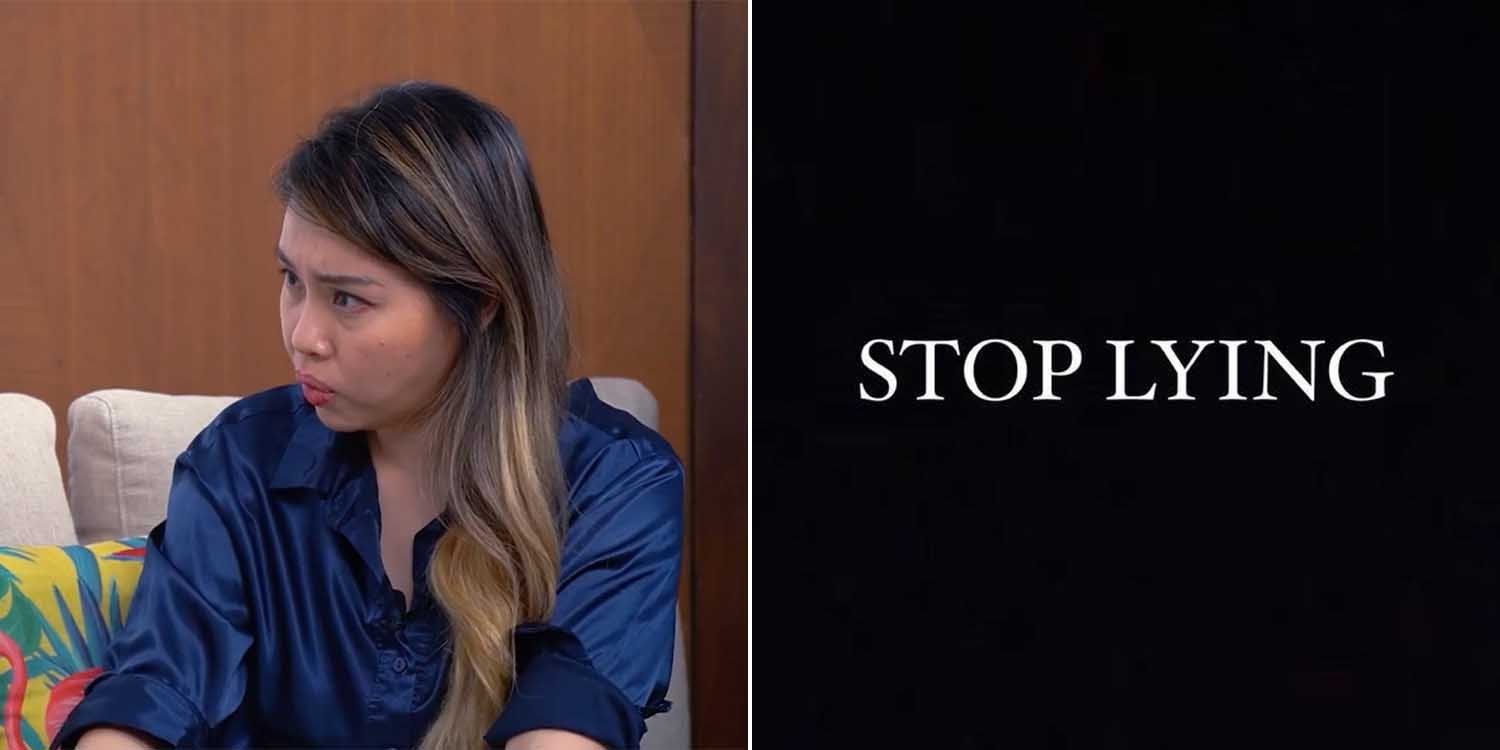 Last night, when Xiaxue posted an exclusive interview with Night Owl Cinematics (NOC) CEO Sylvia Chan, many scrambled to watch it, eager to hear her side of things on the ongoing saga.

But none were more emotionally invested than the employees and ex-employees who had a personal stake in the allegations that sparked this social media uproar.

Soon after the interview was released, many former staff and talents took to social media to respond to the narratives and allegations brought forth by their CEO.

Dissatisfaction towards reasoning of workplace abuse

The conversation Sylvia had with Xiaxue, which initially involved the management and operations of NOC, evolved into a complex web that intertwined a slew of personal issues between co-founders Ryan and Sylvia.

After hearing Sylvia address some of the most critical allegations against her, ex-employees were quick to react.

Within the hour, ex-NOC talent Rachel addressed Sylvia’s claim in the interview that employees working overtime was primarily due to the nature of the media industry.

Rachel stressed that not all companies in the industry have such a culture. She said it was common for NOC employees to have “actual anxiety going into the office” and “go home crying.” 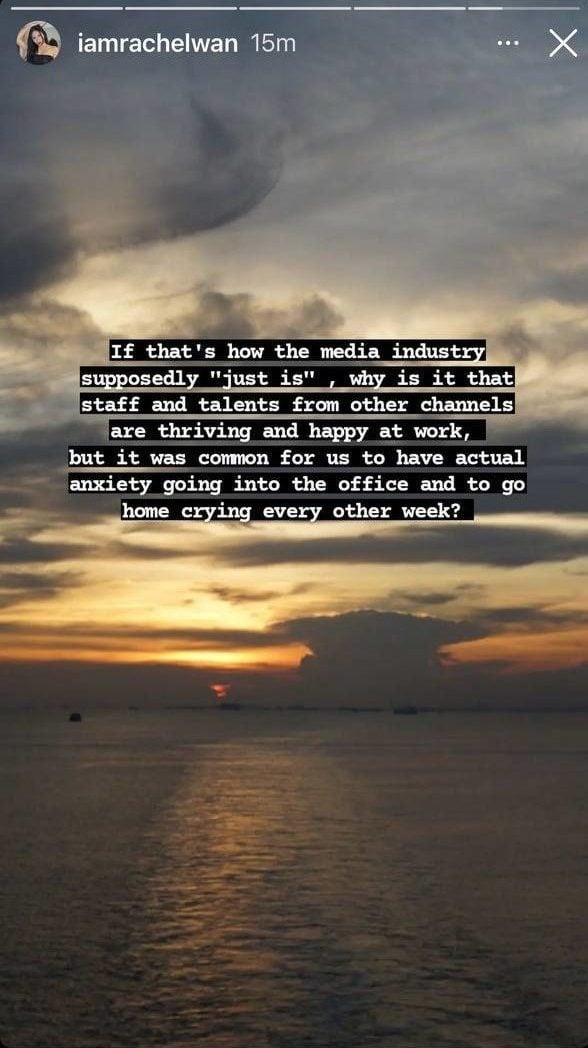 Another ex-talent Nicole said as a mistreated employee who yearned for closure, she felt disappointment instead. 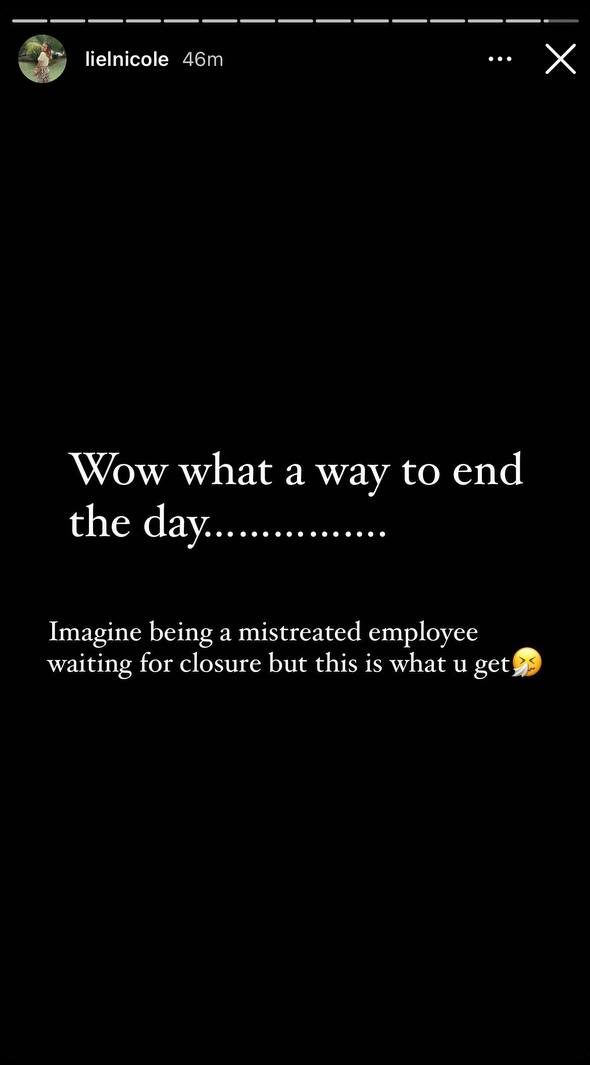 Former lead executive producer Felicia also threw some shade at Sylvia, saying she was beating about the bush during the interview. 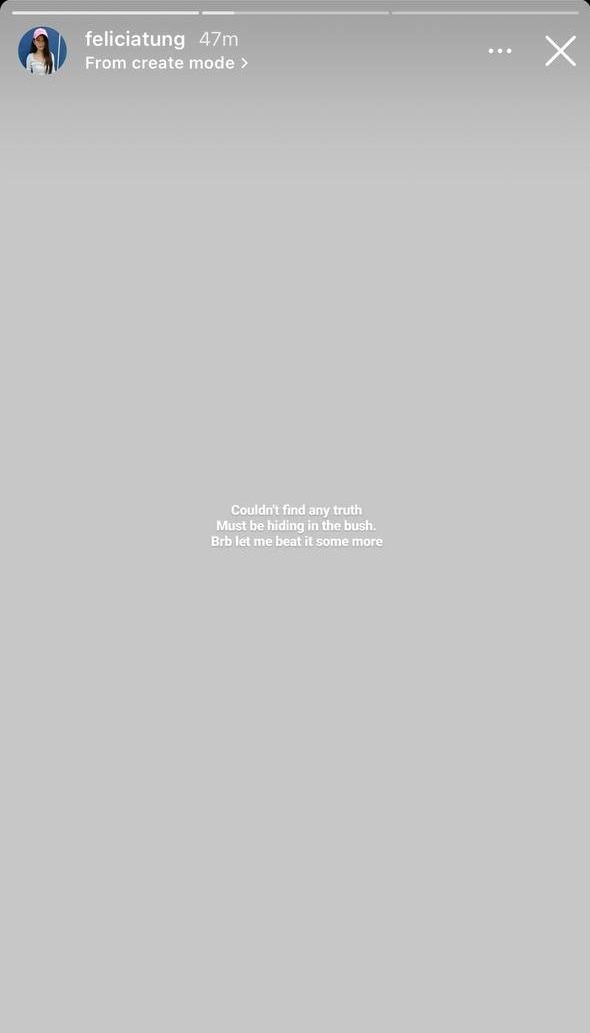 Felicia pointed out in a sarcastic tone that if Sylvia’s brother Sikeen has been working as a property master all this while, “I guess my name is Sikeen”. 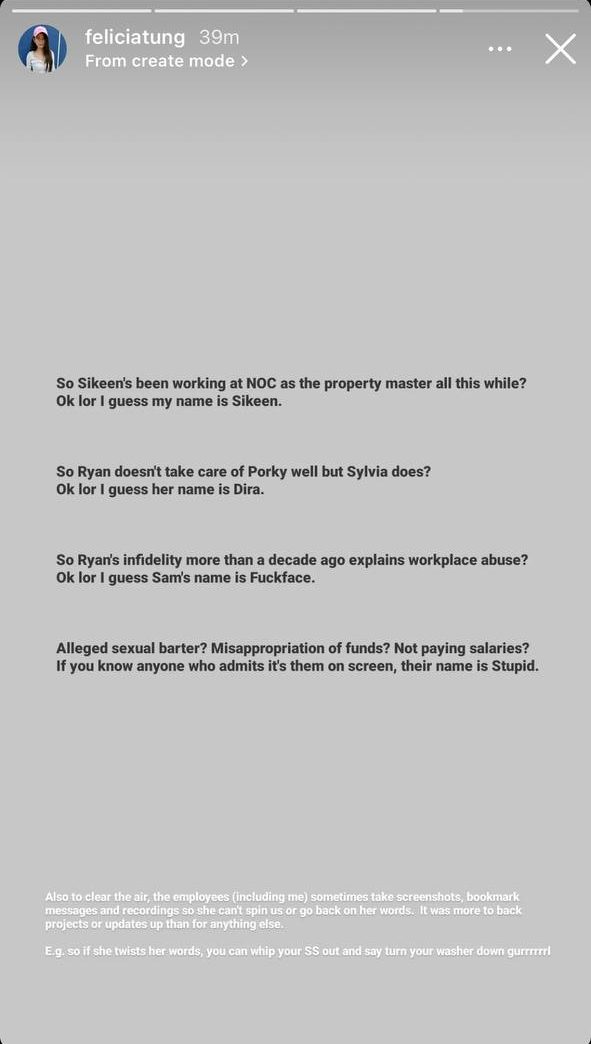 She said Ryan’s alleged infidelity, which took up a significant amount of the interview, does not explain Sylvia’s workplace abuse.

Bringing up several other topics raised during the interview, she also hinted that they were not adequately addressed.

During the lengthy interview, Sylvia ambiguously alleged that Ryan “always had something to do with NOC girls”.

She shared her suspicions about several girls whom Ryan was close to and named several talents such as Michelle, Aurelia, Isabelle, and Grace.

The most damning of allegations were against Michelle, who, according to Sylvia, has made advances towards Ryan.

In response, Michelle said she categorically denies the allegations against her. 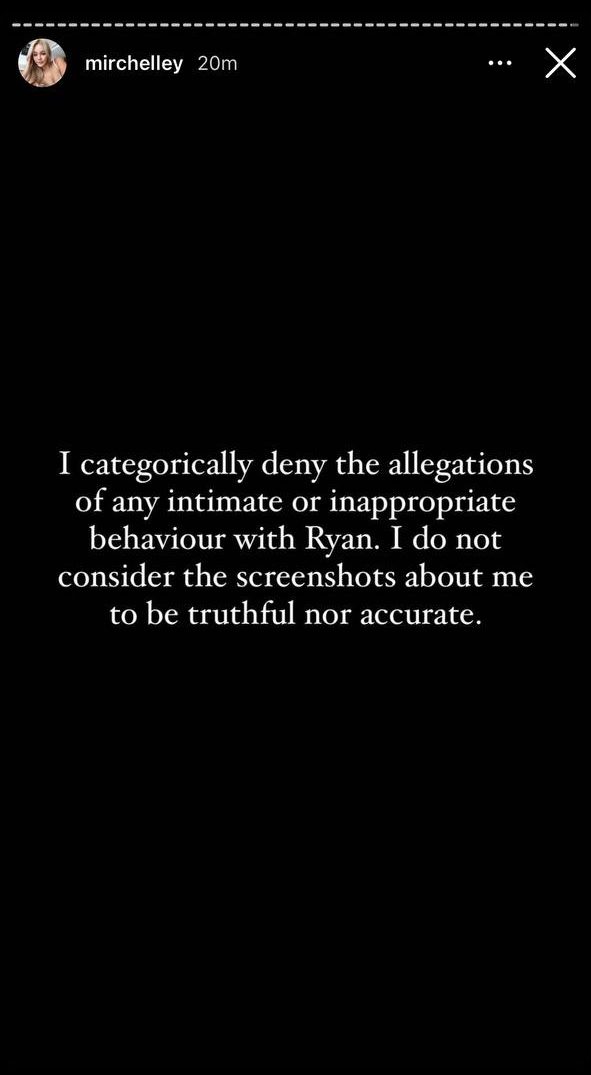 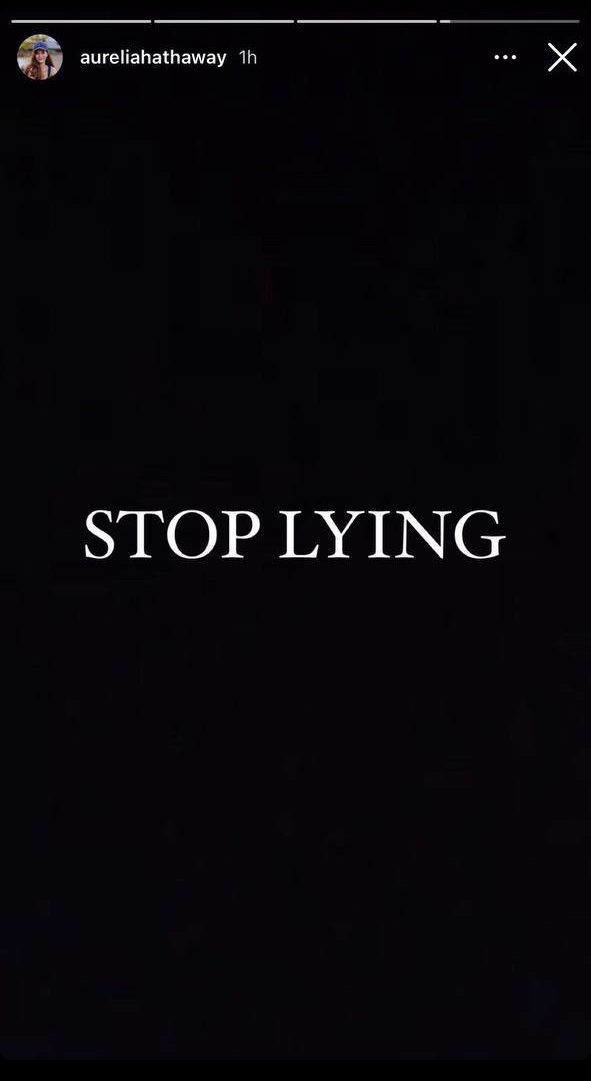 Isabelle also shared a story to clear her name, plainly stating that she is not a homewrecker, hinting at the absurdity of the idea. 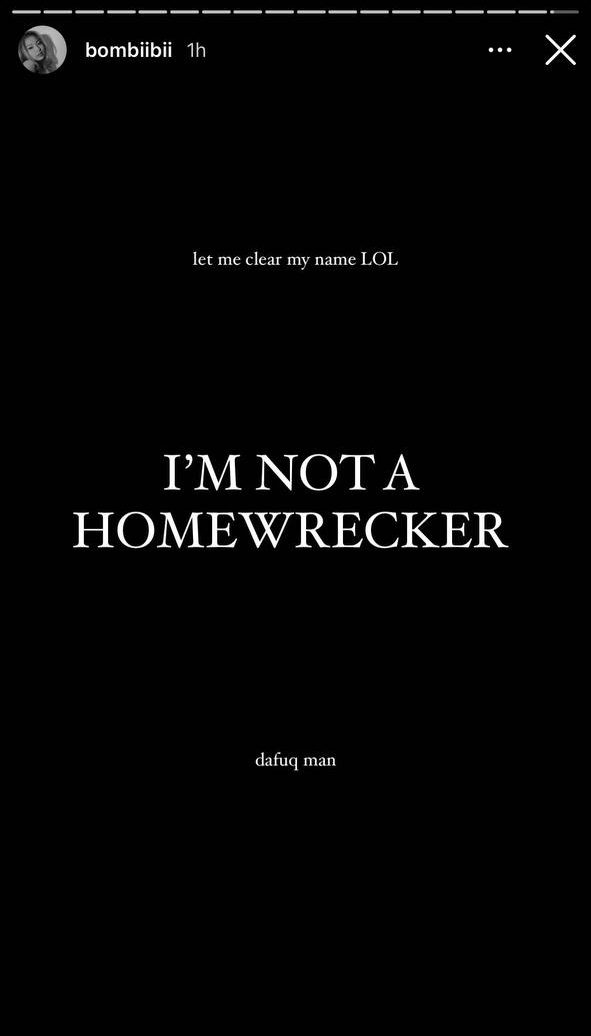 During the segment, Sylvia also stated that Ryan had a “specific pattern” of sending these girls home.

Refuting this, Ryan’s friend Edmond said Ryan always sent him home too, and it was not an indication of anything beyond their friendship. 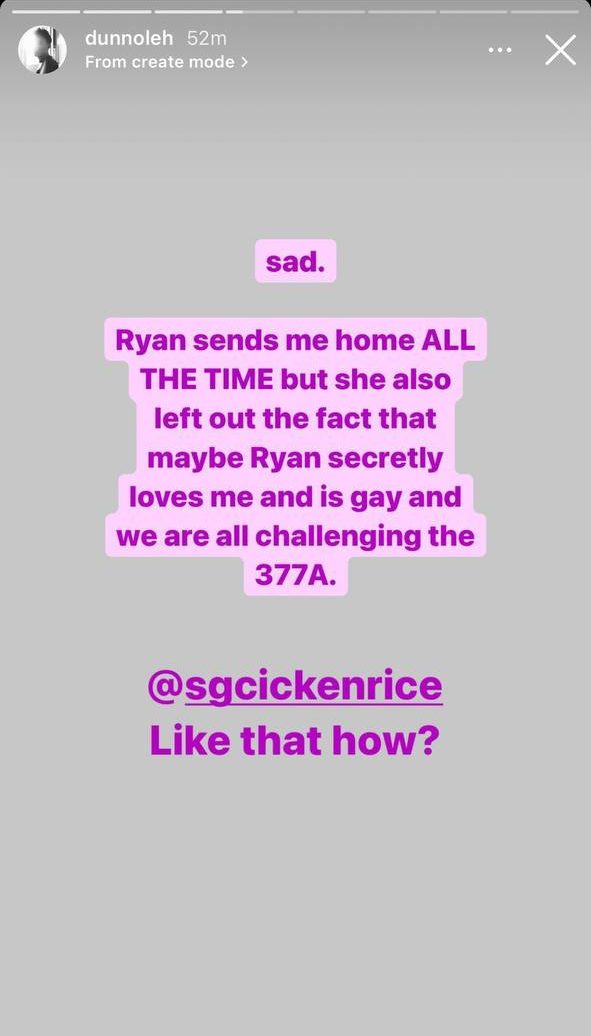 Rachel also addressed this, tagging Ryan and thanking him for always driving staff – both male and female – home whenever he could. 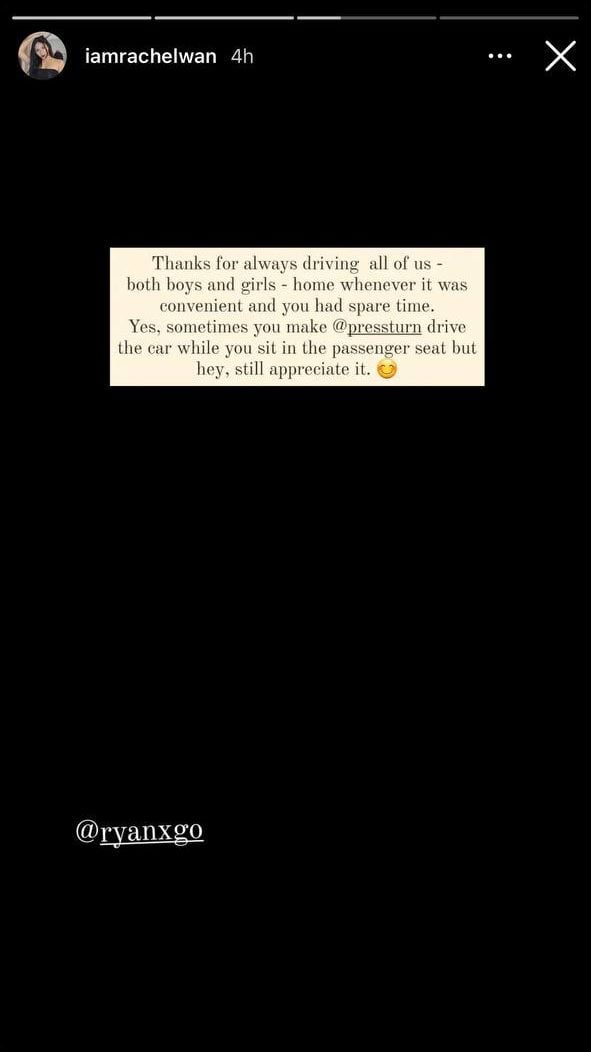 She elaborated that as a woman, she could empathise with Sylvia’s paranoia.

However, Ryan has never tried or said anything that indicated he harboured any motives. 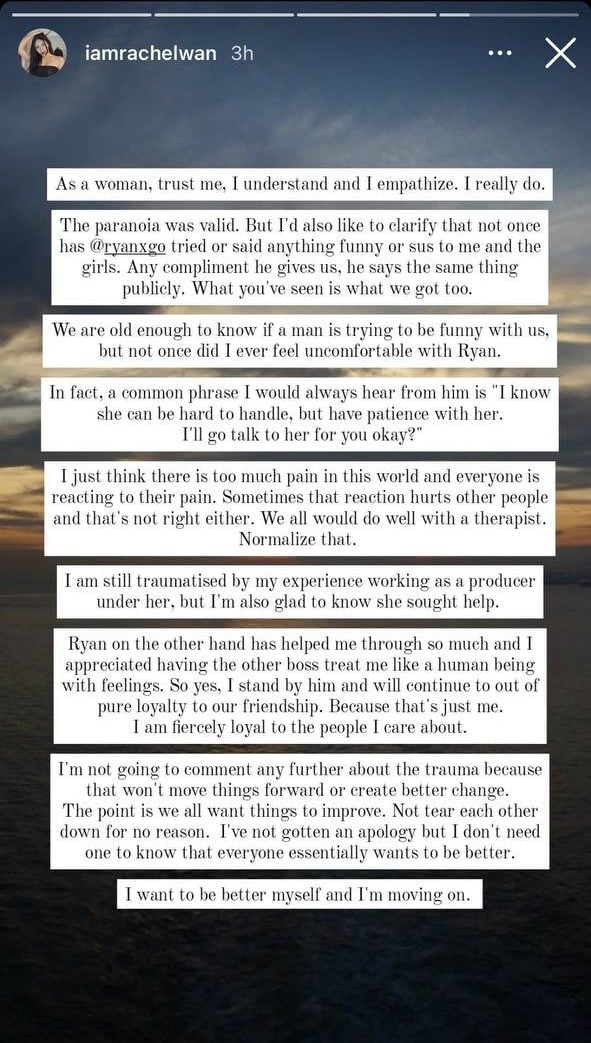 In fact, she shared that he would often urge her to be patient with Sylvia.

Rachel continued that she is still traumatised from working as an NOC producer but as with other ex-employees, she merely wanted things to improve and move on.

Another talent, Zi Jie, also said he was disappointed watching the interview on Xiaxue’s YouTube channel.

He said he gave it his all during his time at NOC but did not feel appreciated. 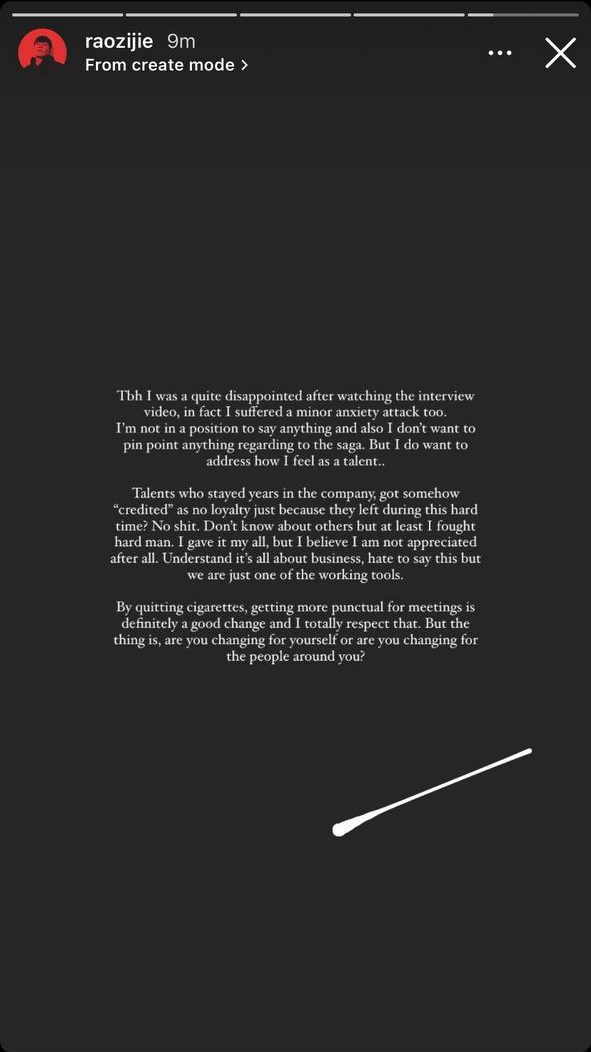 Zi Jie then concluded by raising a salient point that Sylvia was improving herself, but he questioned if it was for herself or those around her.

Besides the former NOC employees, influencer Prettipls was, in her words, dragged into this saga due to alleged fat-shaming by Sylvia revealed in a blog exposé.

After the interview, Prettipls said on Twitter that the whole saga seemed like a messy divorce that became a public fight over assets.

She continued that she wished the people behind the exposé could have given her a heads up before getting her involved.

Nonetheless, she hopes that the alleged workplace harassment will come to a stop. 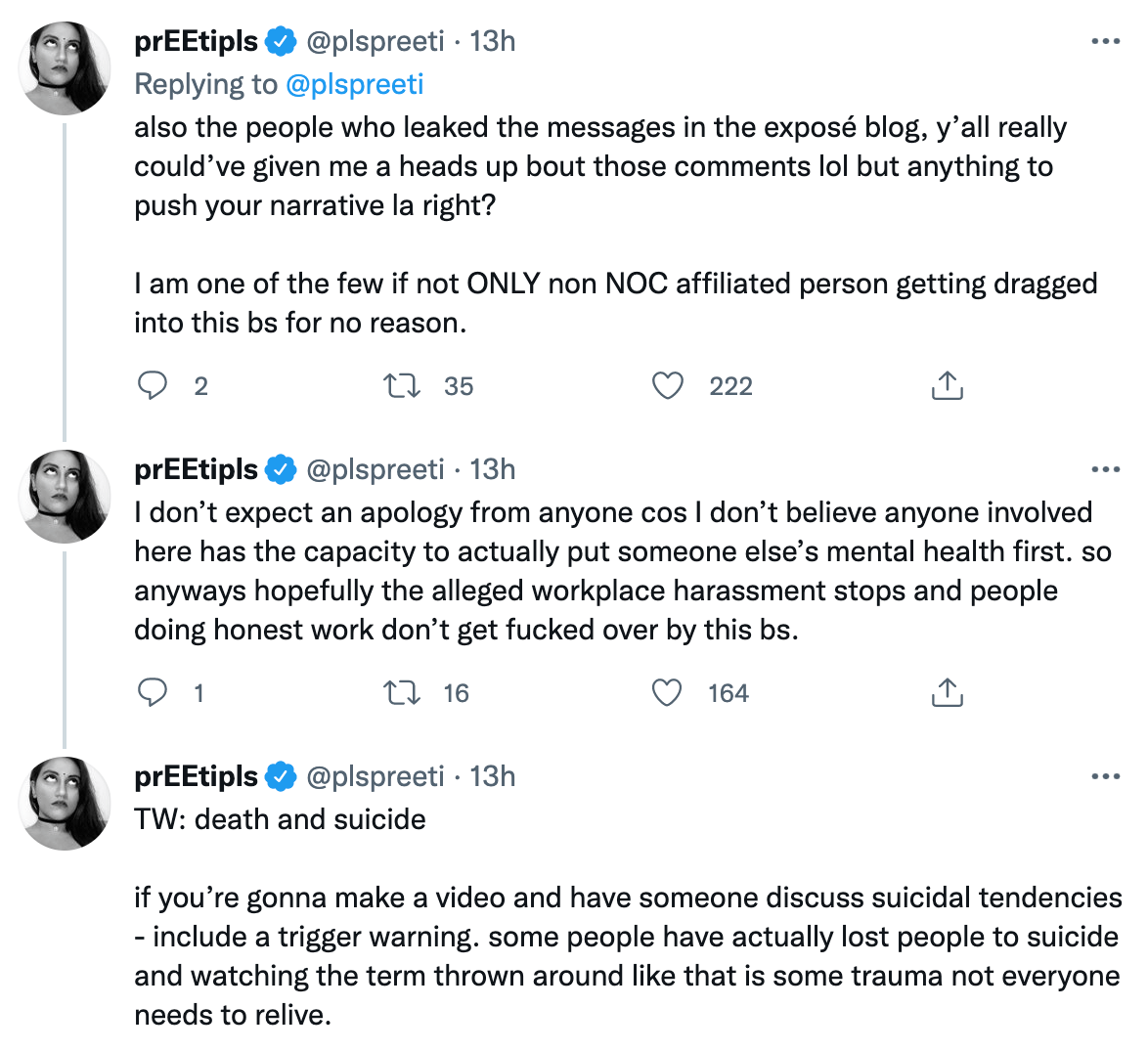 Additionally, she gave feedback on the interview video, saying a trigger warning should have been included as traumatic topics like suicidal tendencies were discussed.

Xiaxue says she has reached out to Ryan for an interview

Xiaxue also chimed in on the reactions, poking fun at the staff, saying they were defensive. 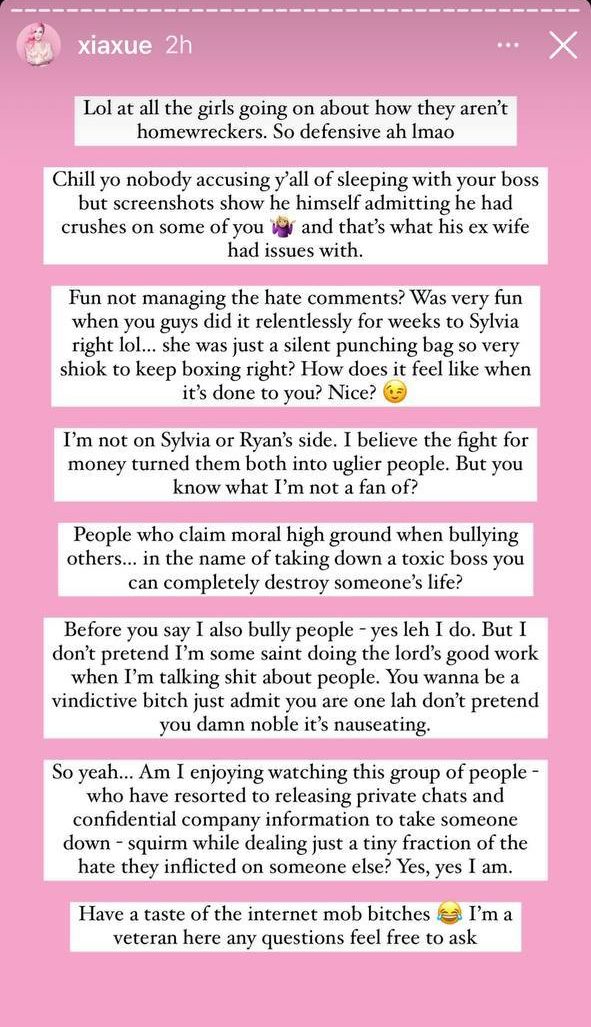 She added that she was trying to stay neutral and has also reached out to Ryan for an interview. 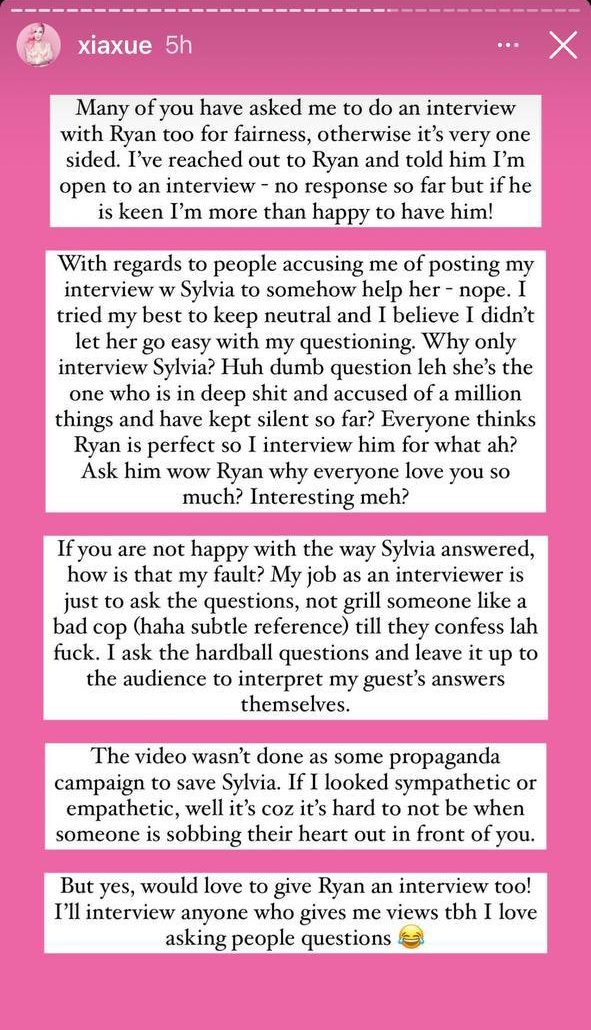 A campaign for accountability has now seemingly morphed into something much more personal, with topics such as marital problems and affairs being thrown into the mix.

A slew of workplace allegations remain unanswered, and the interview could have addressed these accusations made against Sylvia.

It doesn’t seem like this is the last we’ll hear of the story. But hopefully, the conversation can be steered back to the main issues at hand for employees still looking for closure.