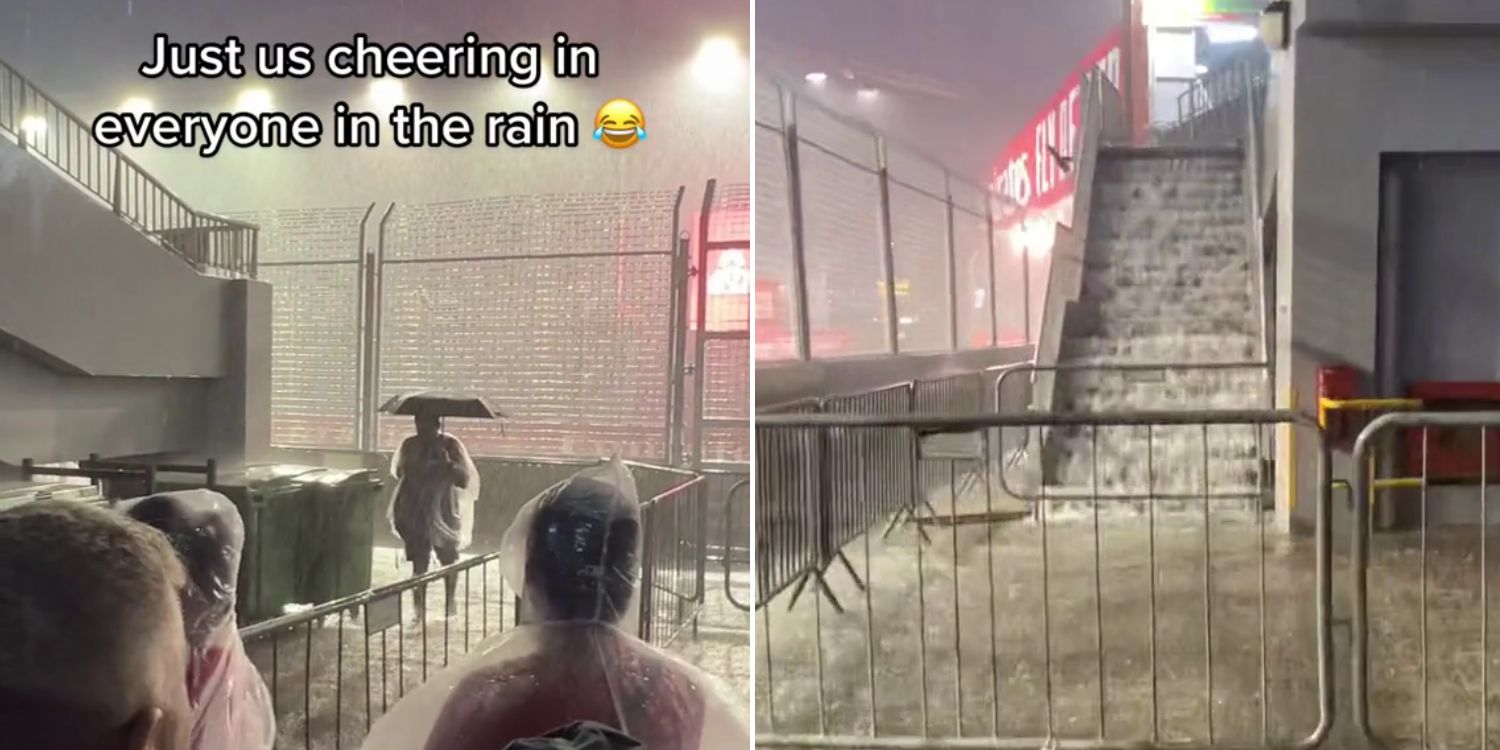 Spectators kept up their spirits by singing.

But for a while, the race had to be delayed from its original start time of 8pm due to a heavy downpour, which even flooded certain grandstand areas.

Though the venue appeared to be a water park at times, the spectators kept their spirits up by singing.

Spectators all geared up for the race to begin had to wait a little longer due to the rain. 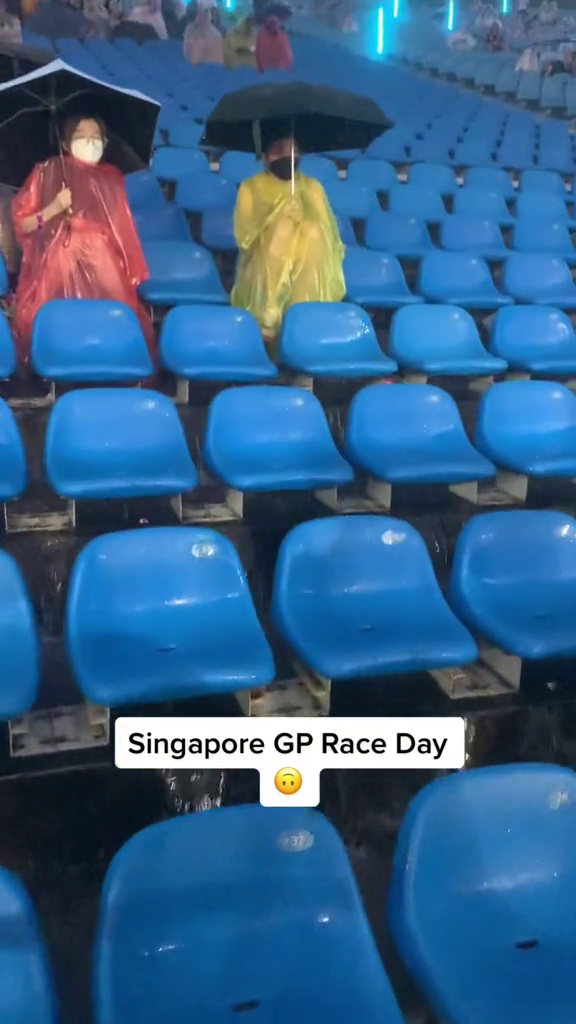 It even caused some odd scenes as stairs turned into proverbial waterfalls.

While waiting for the rain to let up and the race to begin, spectators kept their spirits up by cheering and singing. 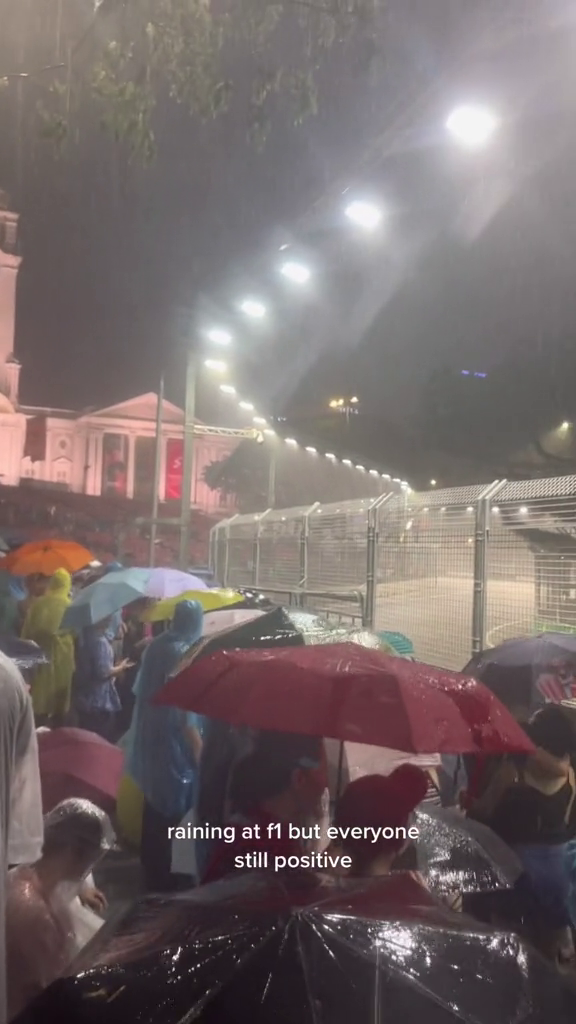 It did turn out to be a good night in the end — they just had to wait. The rain eventually let up before 8pm, but the pit exit had to open first.

Eventually, after a 40-minute start procedure, the race began proper at 9.05pm.

Ferrari driver Charles Leclerc began the race in pole position, but Perez eventually took over and won with a seven-second lead. Just 14 cars finished the race.

His win was nearly invalidated after two instances of safety car infringement, where he failed to keep within 10 car lengths of the safety car during a pair of caution periods.

But his penalty – a five-second penalty and two penalty points – was not enough to invalidate the win thanks to his seven-second lead.

It was Perez’s first Singapore GP win and was watched by over 300,000 spectators — the most in Singapore GP history.

Congratulations to Perez, and we hope everyone had fun yesterday despite the rainy weather.