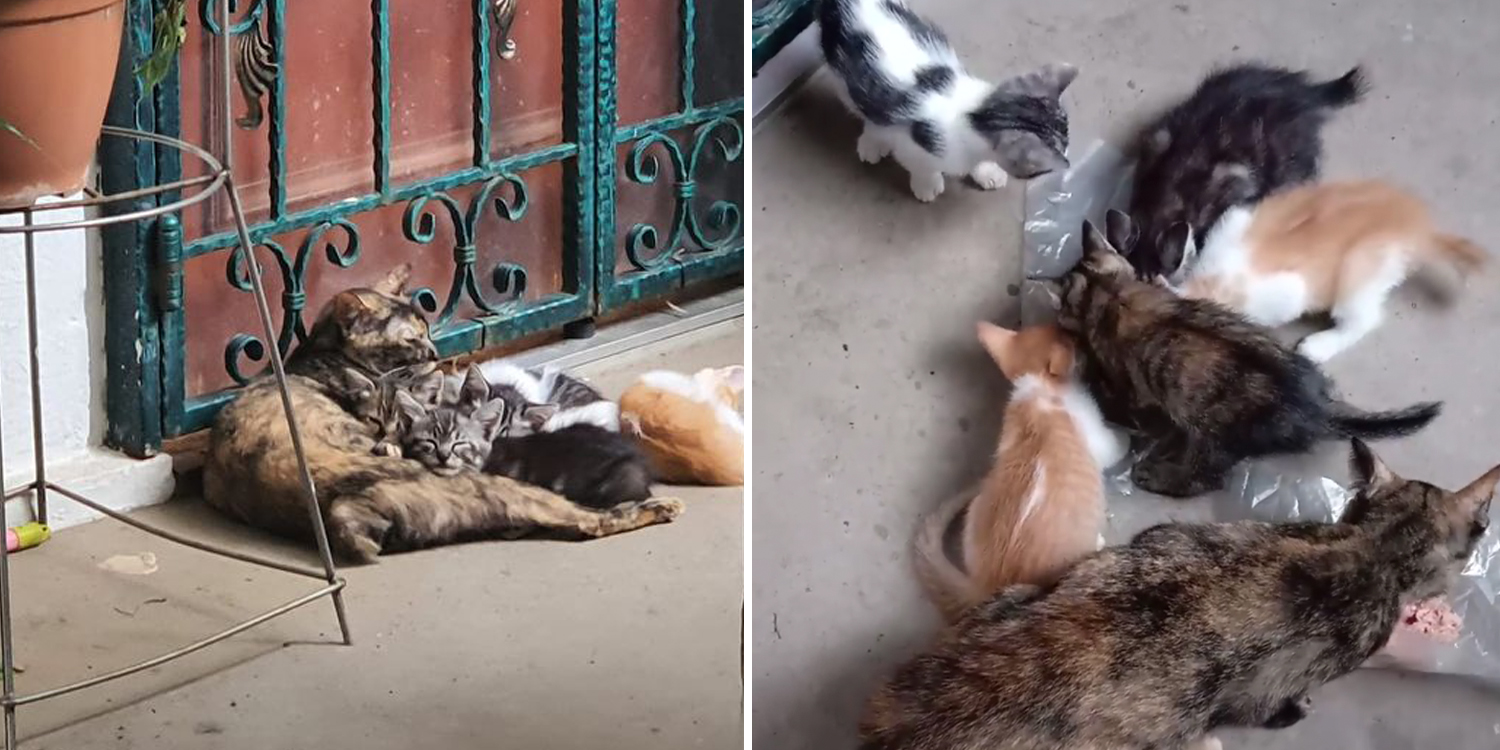 Seeing cats roaming HDB void decks is common, but a few lying in the corridor can be quite an unusual sight.

A netizen who spotted a few kittens and what looked to be their mum huddling outside a Boon Lay flat decided to share a photo of them on Facebook.

Besides drawing coos from other netizens, it also attracted the attention of one cat lover who decided to visit the cats herself.

A deliveryman making his delivery rounds on Sunday (6 Sep) spotted the cute kitties lying outside a HDB flat.

It was a scene that will tug at heartstrings. The young kittens were snuggled up against their mother for comfort and warmth as it drizzled just outside. 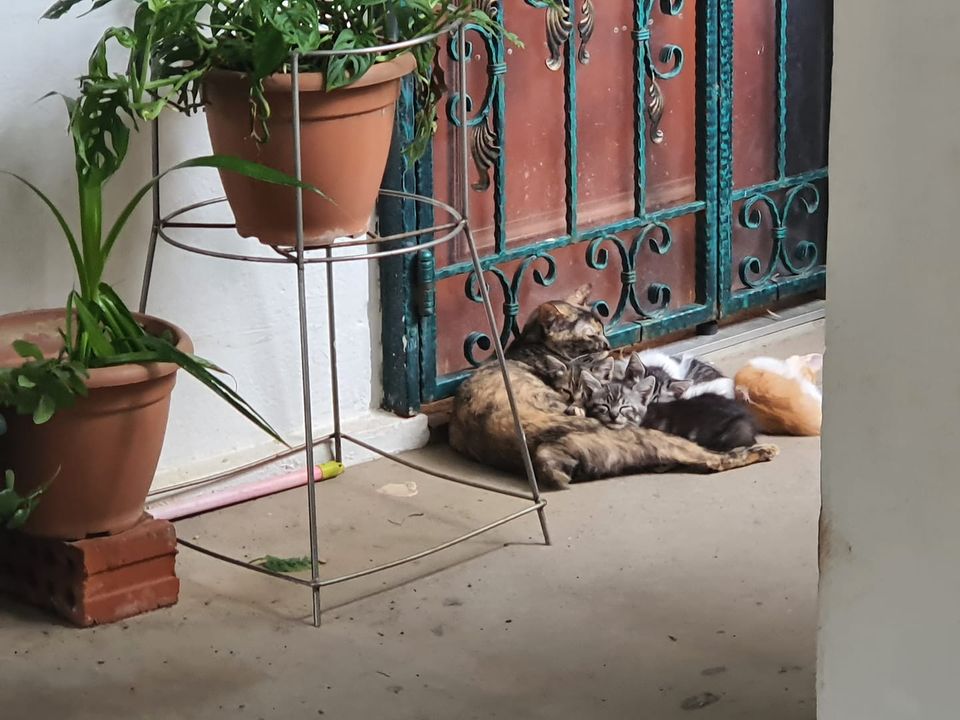 Singapore’s weather has been chilly with occasional showers and this particular day was no different.

The adorable little bunch appeared all cosy as they lay there, enjoying the fresh air.

Cats were simply playing outside for a while

Netizens were quick to make their own guesses about the cats’ “poor” state, assuming that they had no proper shelter.

However, an acquaintance of the homeowner told MS News that they were simply resting outside for a short while.

Cat owners who let their pets out of the house every now and then would know that the felines appreciate some outdoor time.

As word spread, a kind woman arrived at the address in just an hour with treats for the cats, who devoured the food immediately. 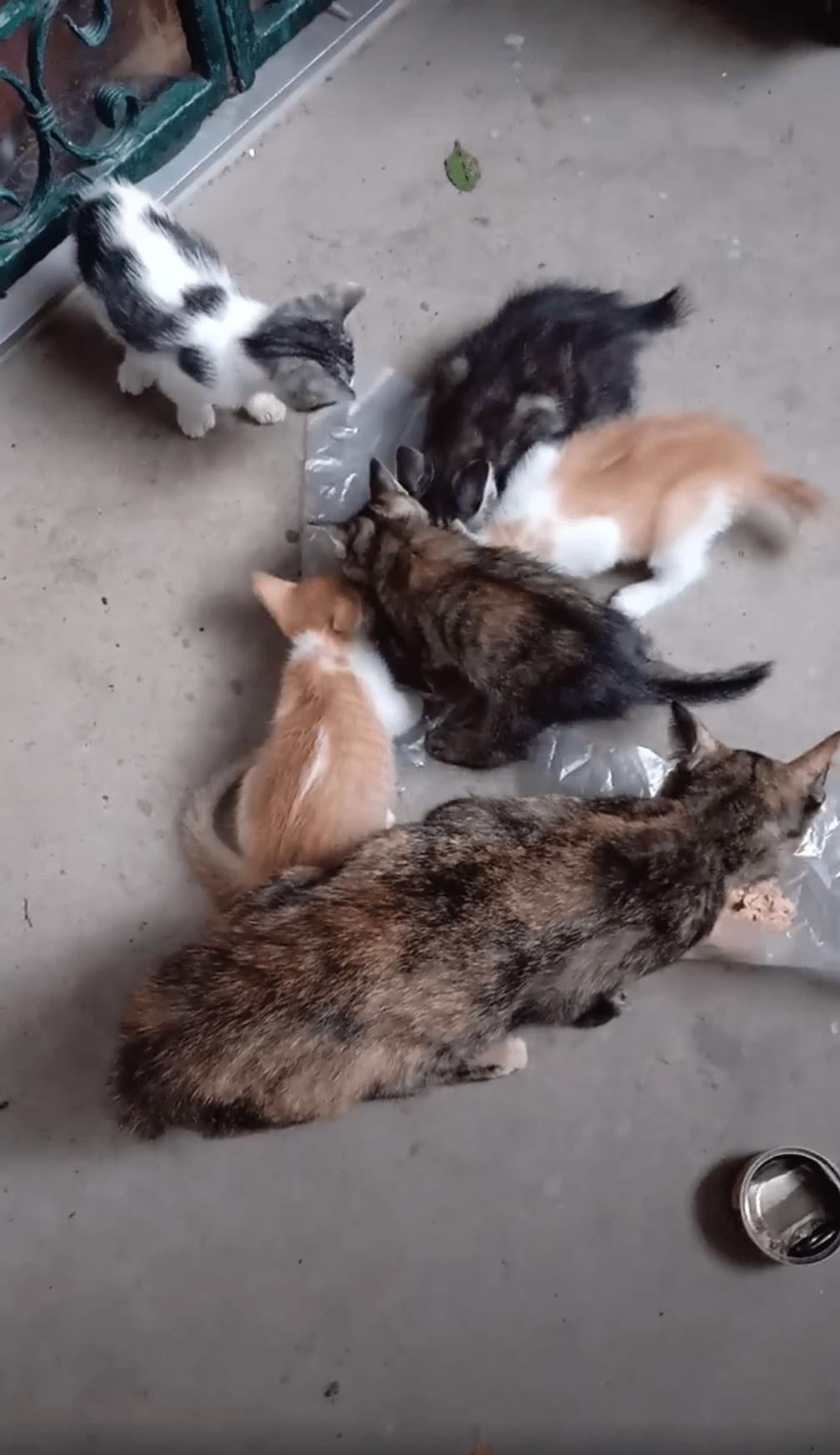 She updated the Facebook thread with a video of the cats happily chomping down their food.

In a heartwarming moment, the mother cat turned back and seem to lock eyes with the woman, as if expressing her gratitude for feeding them. 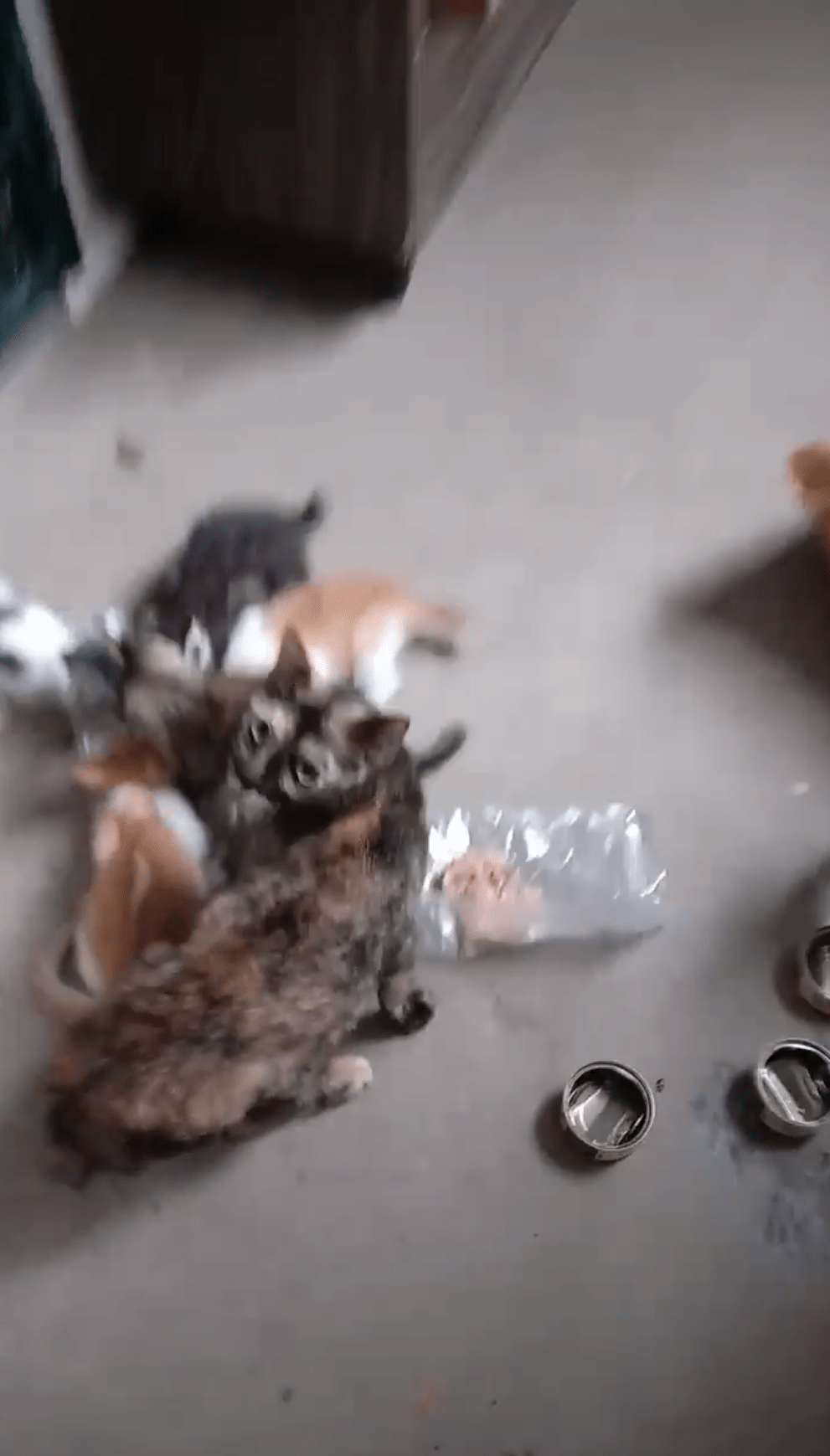 A netizen commented that the cats are “in safe hands”, suggesting that the woman may have taken them with her.

Wherever they may be, we hope that they’ll receive the proper care and love that they deserve.