Faves Asia is at it again.

The ones behind the infamous video about becoming an influencer in Singapore? 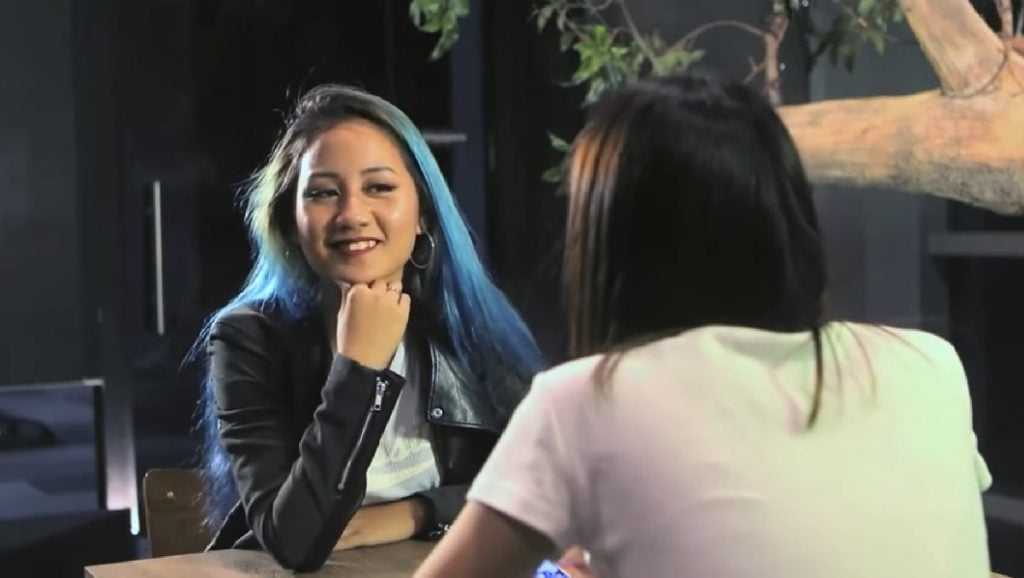 Looks like they made headlines once again after being accused of a giveaway scam involving Jay Chou tickets by Miki C Sze — who took to Facebook to air her grievances.

She claimed that though a pair of winning tickets were advertised, it was reduced to a single one. And then the only ticket got given away to someone else at the end.

What in the world happened with this giveaway?

On 26 Dec 2017, Ms Sze came across the agency’s giveaway for a pair of tickets to Jay Chou’s upcoming concert in Singapore. Needless to say, she gleefully took part — because Jay Chou.

Shortly after, their spokesperson Sky Lim, contacted her via Facebook Messenger to inform her that she had been shortlisted. 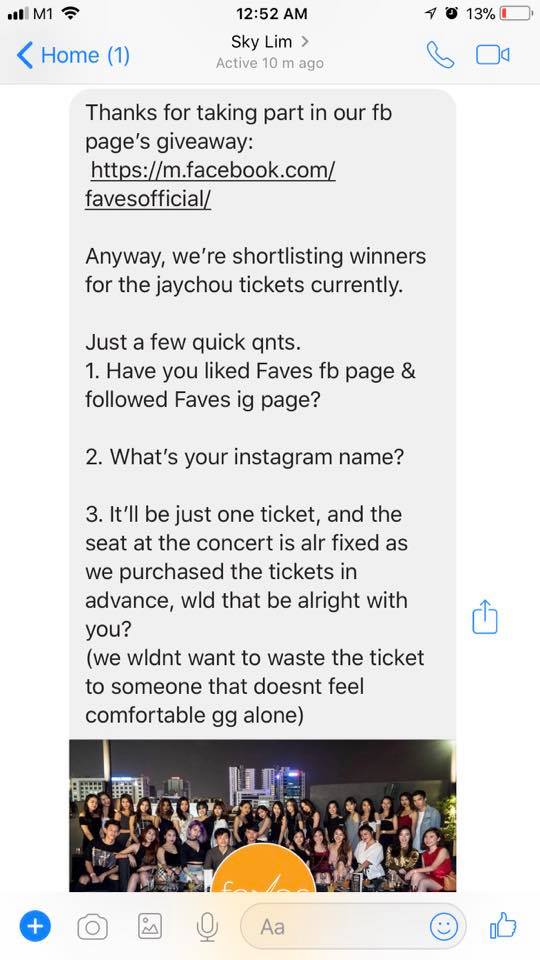 Note that the winnings had been changed to just a single ticket as opposed to a pair, which was originally advertised. At this point, most would’ve probably tried to clarify the change — because that’s some false advertising shtick right there.

Not that it mattered though, because Ms Sze ended up being selected as their winner only two days later. 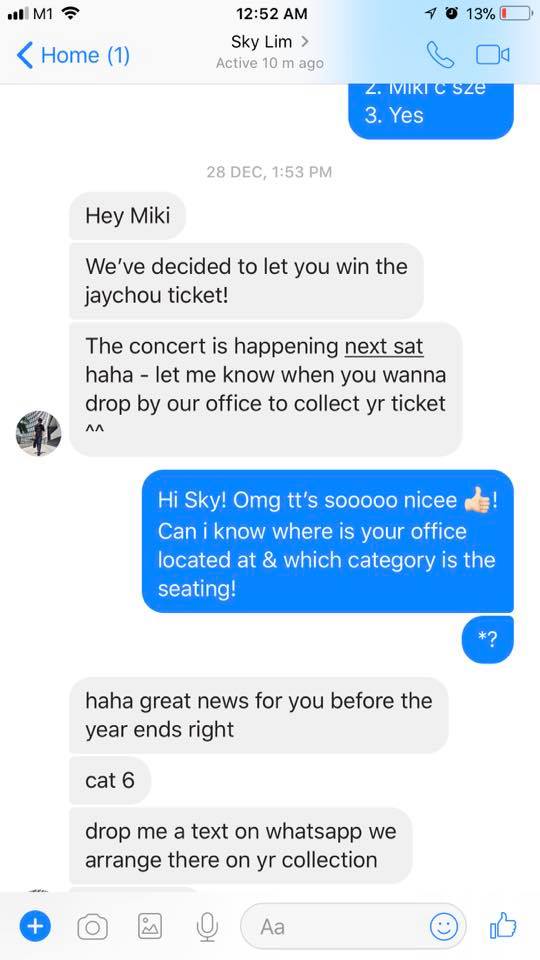 Arranging for a collection date

Ms Sze then inquired for more information as she was looking to attend the concert with a friend — but that’s not really crucial to the story, so let’s skip ahead to the interesting bit.

At this point, Mr Lim questioned if she still wanted the ticket as it seemed that she was unable to acquire one for her friend.

To which she said she did because Jay Chou’s obviously more important.

Thus began negotiations for a suitable date for Ms Sze to collect the ticket.

Unfortunately, neither were able to agree to a mutual date due to Ms Sze’s work commitments — which led to her enlisting the help of her sister-in-law to collect the tickets on her behalf. 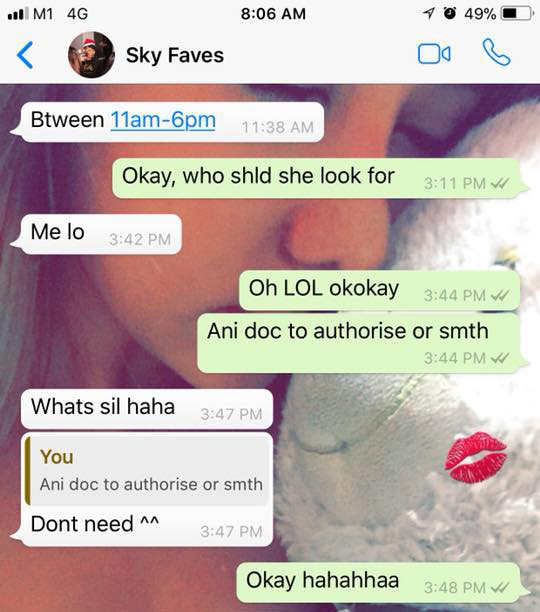 Problem solved, right? All that’s left to do is to enjoy the concert.

Ticket had already been giving away

Unfortunately, if things had gone swimmingly, you wouldn’t be reading about it here now. 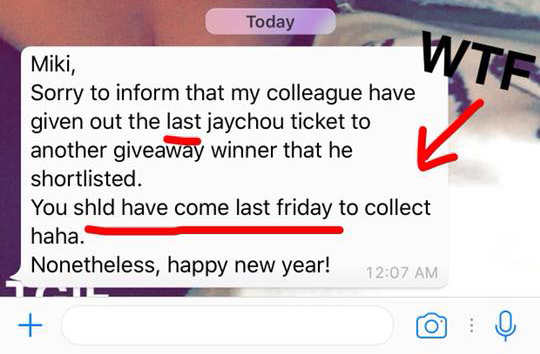 She was told that the last ticket had been given out to another person shortlisted instead. Apparently because she had failed to collect it.

You should have come last Friday to collect haha.

Whatever was supposed to happen with her sister-in-law collecting it on her behalf wasn’t mentioned.

Either way, the ticket was gone and Ms Sze wasn’t too pleased.

Which is why she did what any Singaporean would do — complain on Facebook.

In all seriousness, who could blame her? The whole giveaway felt as genuine as Faves Asia’s advertisement video. 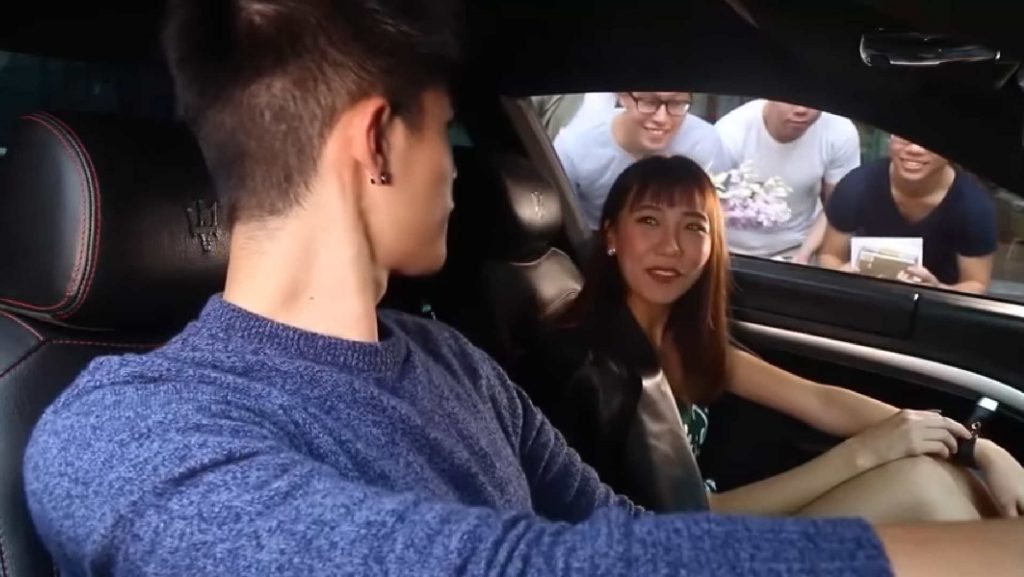 However, as with every story, there’s always two different sides to it. 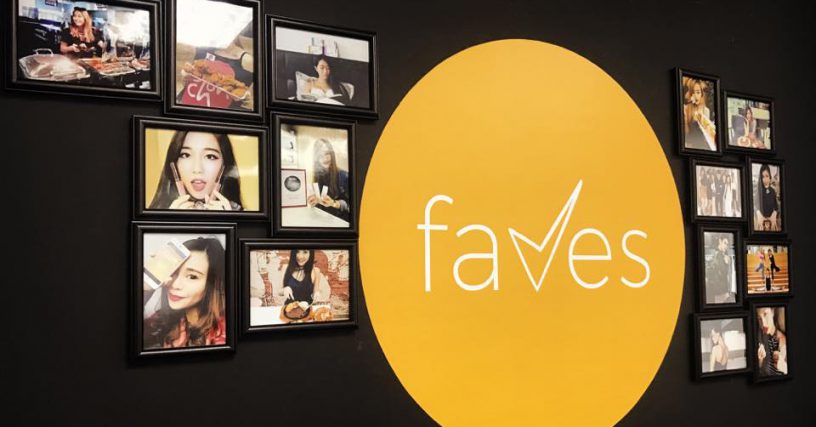 In response to queries from Stomp, a Faves Asia spokesperson apologised for the misunderstanding and provided their perspective on what happened.

During our arrangement on the tickets collection, Miki was supposed to collect the tickets last Friday (Dec 29) but cancelled due to her company event.

Furthermore, the spokesperson mentioned that there was no follow-up on the collection time and date from either Ms Sze or her sister-in-law. As the event was drawing closer, they made the decision to award the ticket to someone else.

After waiting for about a day and a half for Miki’s response (from either herself or her point of contact), we’ve decided to issue the ticket to another person (whom we have considered as one of the winners from the beginning).

According to him, they even tried reaching out to Ms Sze to “make good on [their]  promise” but failed to do so “despite multiple calls”.

An issue of miscommunication

What do you think of the situation? Was it truly a case of Faves Asia scamming hopefuls in the form of a giveaway?

Ms Sze seems to think so.

Seems to us that this entire incident simply boiled down to miscommunication between both parties.

Besides, why would she only raise these issues only after everything that’s happened, not during the moment she found out?