He did it, he absolutely did it.

After being accused of being disgraceful to the Parliament, Workers’ Party’s (WP) Leon Perera apologised for his “false allegations” against Mediacorp in Parliament. 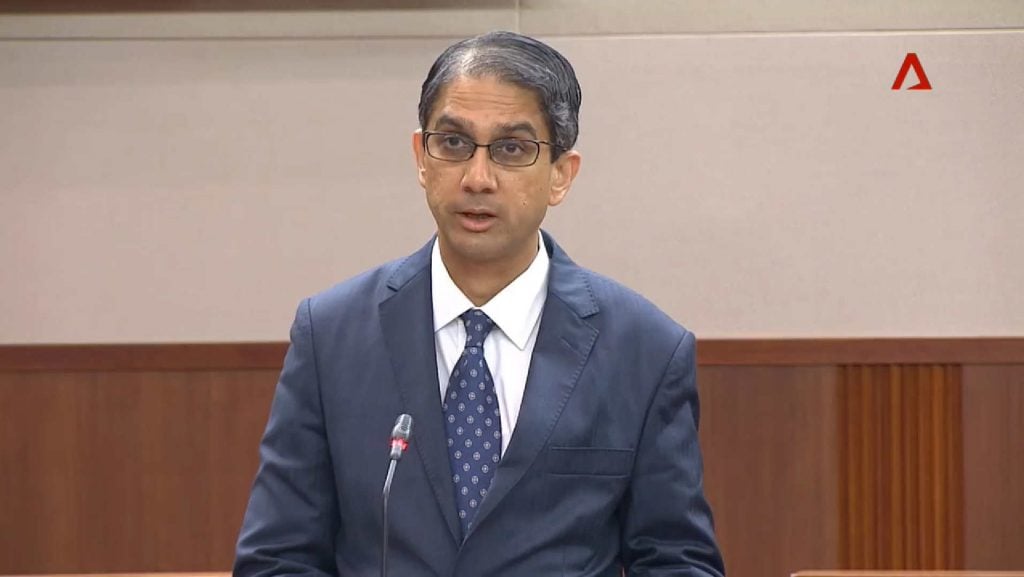 This comes just five days after receiving a letter – written by by Minister for Culture, Community and Youth Grace Fu – requesting that he do just that on Wednesday (3 Jan).

Looks like in the end, she got what she asked for.

In the midst of a heated rivalry with Senior Minister of State for Health and Communications and Information Chee Hong Tat over the sales and advertisements of tobacco, Mr Perera questioned Mediacorp’s involvement with Parliamentary footage. 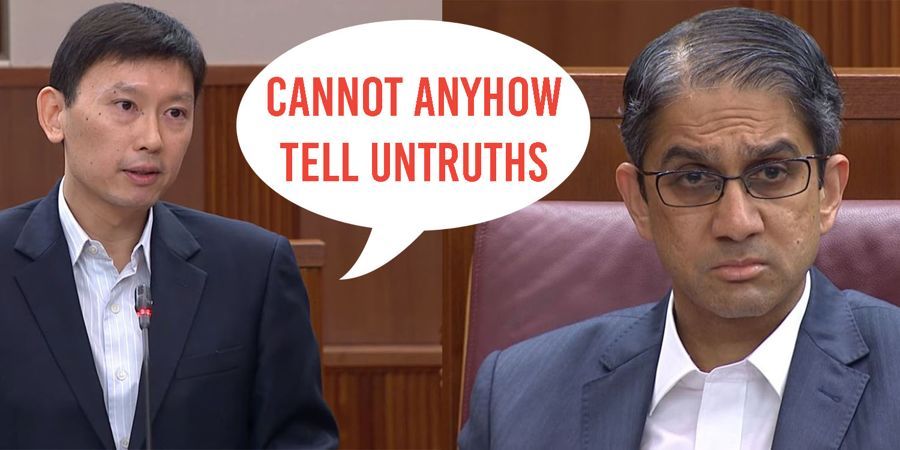 Wondering why they didn’t simply live stream Parliamentary sessions, he suggested that the broadcaster had deliberately edited footage before releasing them to the public.

Not only did this lead to him being called out on Facebook, Singaporeans were also treated to a display of politcal taichi by Mr Chee himself as a result.

Poor guy just couldn’t catch a break — and it only got worse.

Two months after the incident, Ms Fu – who is also the Parliament House Leader – sent him a strongly worded letter urging him to apologise for his allegations against Mediacorp.

According to her, she felt that Mr Perera had misused Parliamentary privileges to “misrepresent facts [and] make unfounded allegations” which “lowered the standing of MPs and the Parliament, and undermined the integrity of their political system”.

In layman’s terms, Grace Fu was calling him ‘disgraceful’ — and wanted him to apologise for making other MPs look bad.

Lo and behold, he did just that.

Rather than refusing to budge on his previous statements, Mr Perera apologised in Parliament on Monday (8 Jan) — which you can check out courtesy of Channel NewsAsia:

Where he withdrew his statements mentioning that Mediacorp only released the corrected footage after he had emailed them — acknowledging that he could’ve recalled the facts incorrectly.

My memory of the incident was inaccurate.

However, Mr Perera also added several statements where he mentioned that he:

Concluding the apology, he agreed that Parliamentary privilege is a privilege that should never be taken lightly.

I apologise to the house for any mistaken impression created by my failure of memory.

But also reiterated that he did not in any way deliberately misrepresent facts to them.

Alright, now that that’s settled let’s move on to the ne-

Following the apology, Ms Fu took the time to acknowledge that Mr Perera had indeed made the false accusations.

She added that no members of the house were to misuse Parliamentary privileges to misrepresent facts or mislead the Parliament. 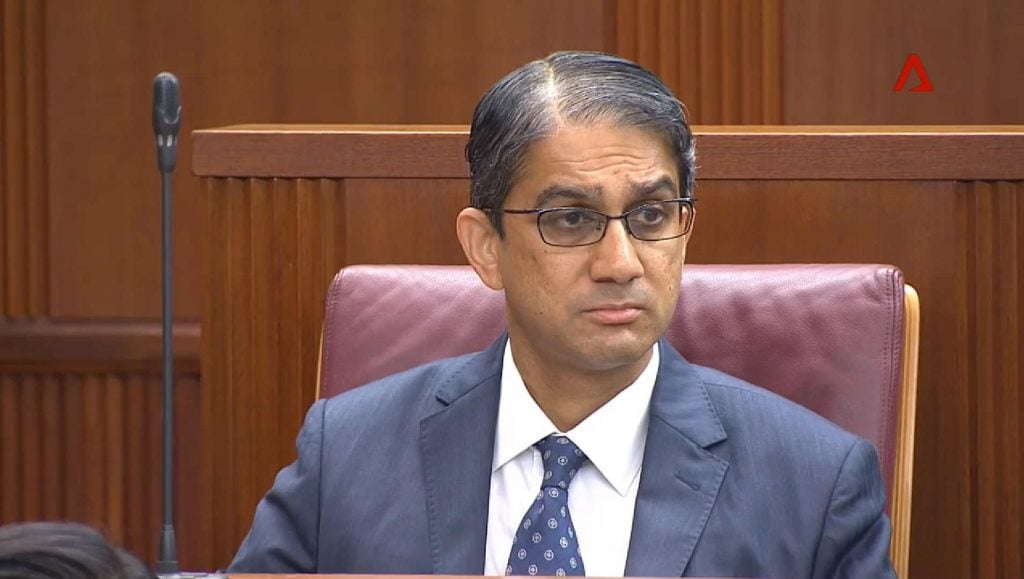 Alright, that’s great and all but can we please talk about the Keppel bribery sc-

She then stated that she didn’t wish to read too much into Mr Perera’s statement by expressing delight that he clarified his stand, withdrew his accusations and apologised to the Parliament.

Before concluding that all wrongful statements deserved to be retracted so that everyone could trust each others’ statements.

Can we please move o-

Finally, she stated that one should only make statements if they were completely certain of it being legitimate and that she expected everyone to uphold the high standards of integrity and honesty when in Parliament. 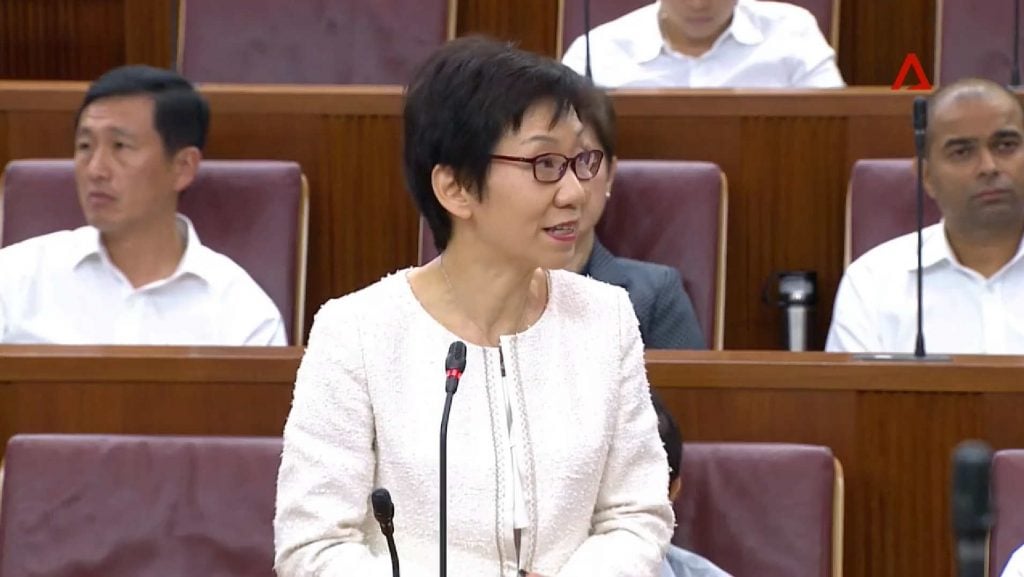 Guess she had been bottling that up for some time.

Good on her for getting that off her chest we suppose.

Whose side are you on?

Well that’s it, we guess — Mr Perera apologised like he was told to and Ms Fu was satisfied.

Do you think his apology was even necessary in the first place or was he simply a scummy politician that got caught spreading fake news? That depends entirely on who you choose to believe.

Whose side are you on? Let us know in the comments below.

Editor’s Note: For the sake of the length of the article, we’ve edited down what Ms Fu said but made sure to retain her clarity. We are in no way misleading her statements or misrepresenting her image as Parliament House Leader. We hope to continue upholding the standards of MustShareNews’ integrity and honesty.