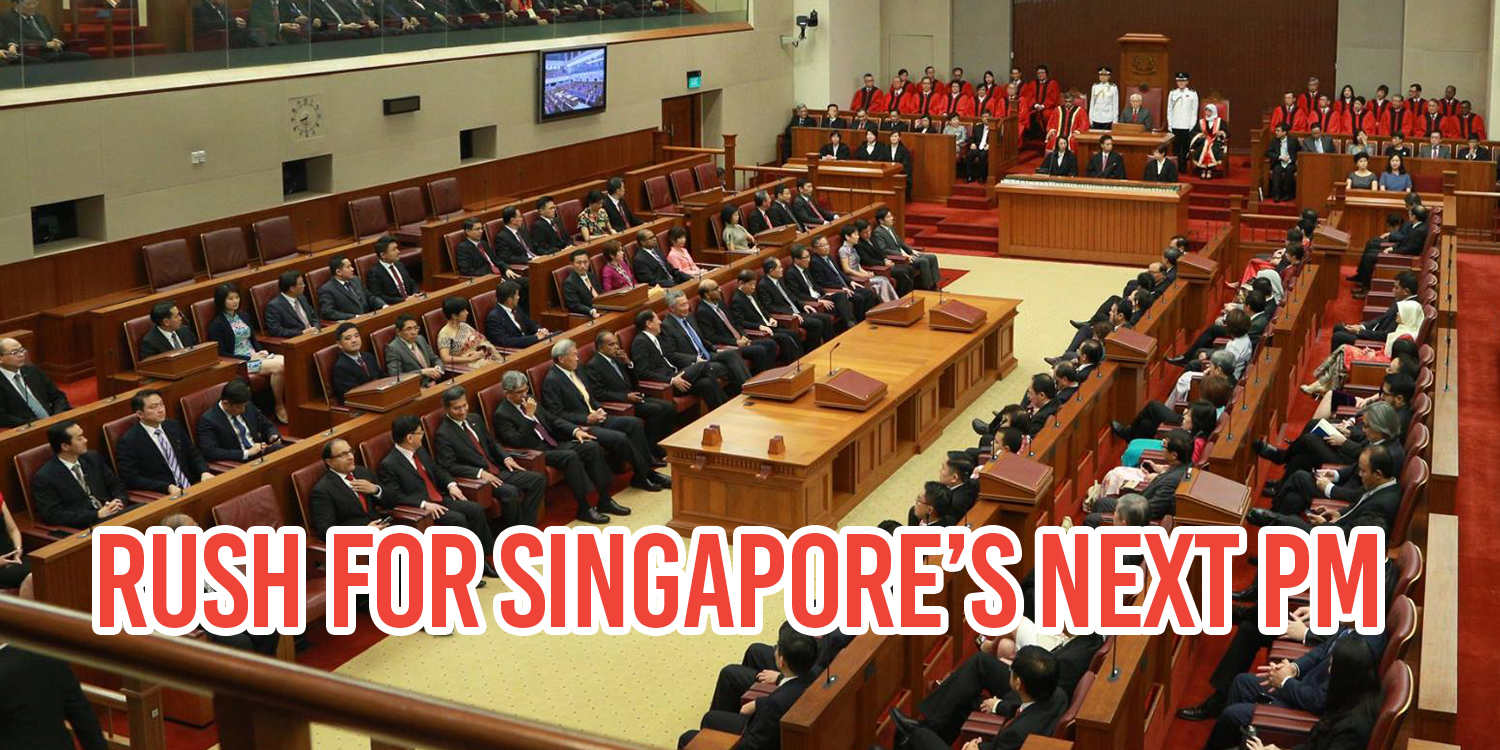 In a rather surprising move, Singapore’s Fourth Generation of Ministers have come together to release a joint statement on Thursday (4 Jan) stating that they were aware of the pressing matter that is identifying Singapore’s next Prime Minister.

According to TODAY, they also said that Singapore’s political stability makes us different from many other countries, and that “smooth leadership succession has instilled confidence amongst Singaporeans and our friends around the world”.

PM Lee’s planned retirement after the next General Election means finding a leader is of the utmost importance now.

So what happened that led to this revelation?

In perhaps what some speculate to be the “wake-up call”, Emeritus Senior Minister Goh Chok Tong wrote on his Facebook on 31 Dec 2017 expressing his concerns over the urgency of Singapore’s fourth generation leadership not yet being settled.

He mentioned that he had hoped for Singapore’s next Prime Minister to be decided within the next six to nine months — the first of such a timeline to be publicly stated.

According to The Straits Times, party insiders believed this to be the former-Prime Minister’s way of pressuring the younger leaders to make their decision. This comes after Prime Minister Lee Hsien Loong’s announcing of his intentions to hand over leadership of the Government to a successor by the time he reaches 70.

The next PM will be under some pressure

What this means is that the next Prime Minister will have the shortest ever run-up phase in the history of Singapore.

Will the next generation of leaders be able to find PM Lee’s successor in time? They seem to think so.

The younger Ministers are keenly aware that leadership succession is a pressing issue and that PM Lee intends to step down after the next General Election. We are conscious of our responsibility, are working closely together as a team, and will settle on a leader from amongst us in good time.

Whether that’s true remains to be seen.

The statement was signed off by the following:

Who will be our next PM? Apparently there are only 3 candidates in the running.