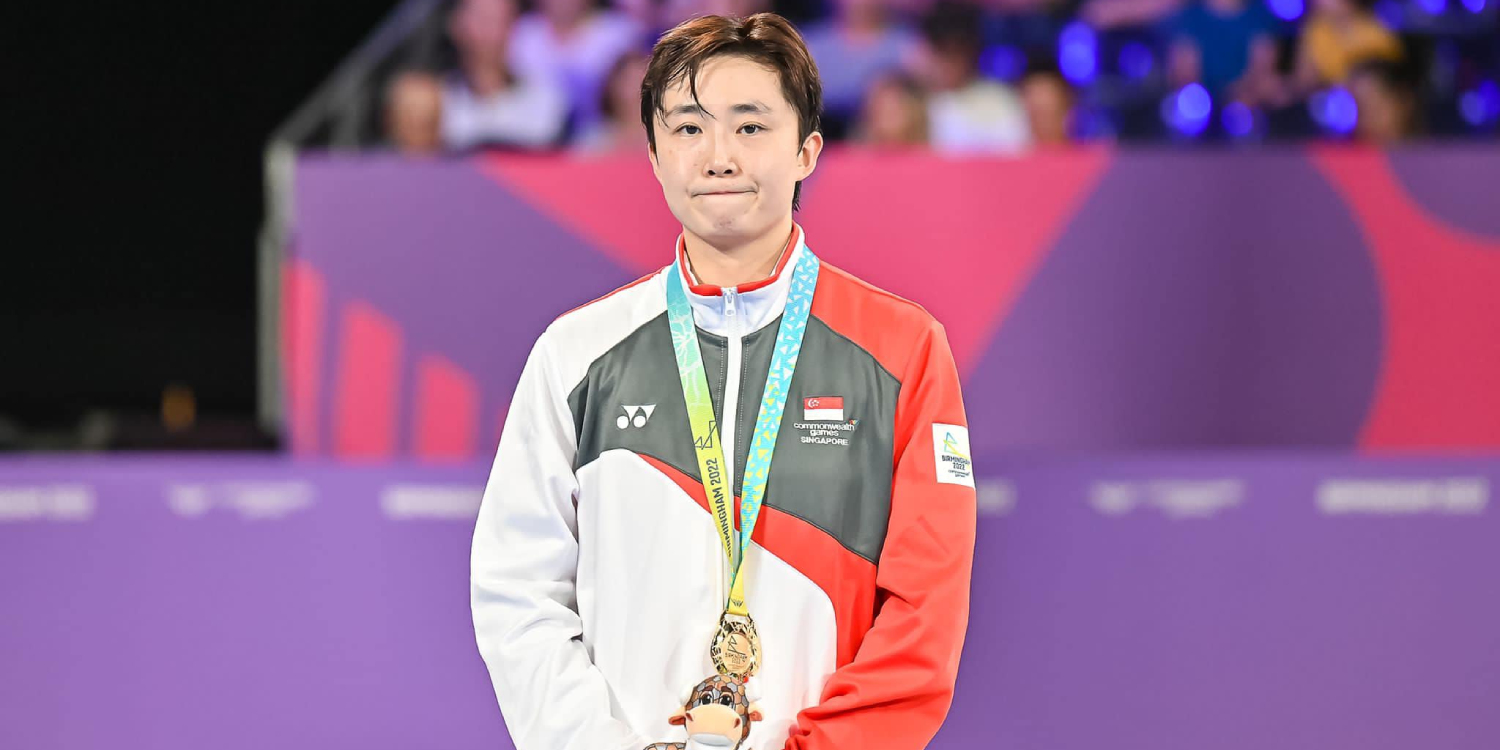 It has been a triumphant time for Singapore’s women’s table tennis team at the 2022 Commonwealth Games.

After scoring the country’s very first gold in this year’s Games, Feng Tianwei and Zeng Jian went on to secure both the gold and silver medals in the singles semi-finals on Saturday (6 Aug).

Both players faced off in the women’s singles final on Sunday (7 Aug), where Feng fought her hardest to overcome a three-set deficit, beating Zeng 4-3 to take home the gold medal. This brings Singapore’s medal tally up to two golds, four silvers, and four bronzes so far.

It was an emotional win for Feng, 35, who couldn’t stop her tears from falling while Singapore’s national anthem played in the National Exhibition Centre. 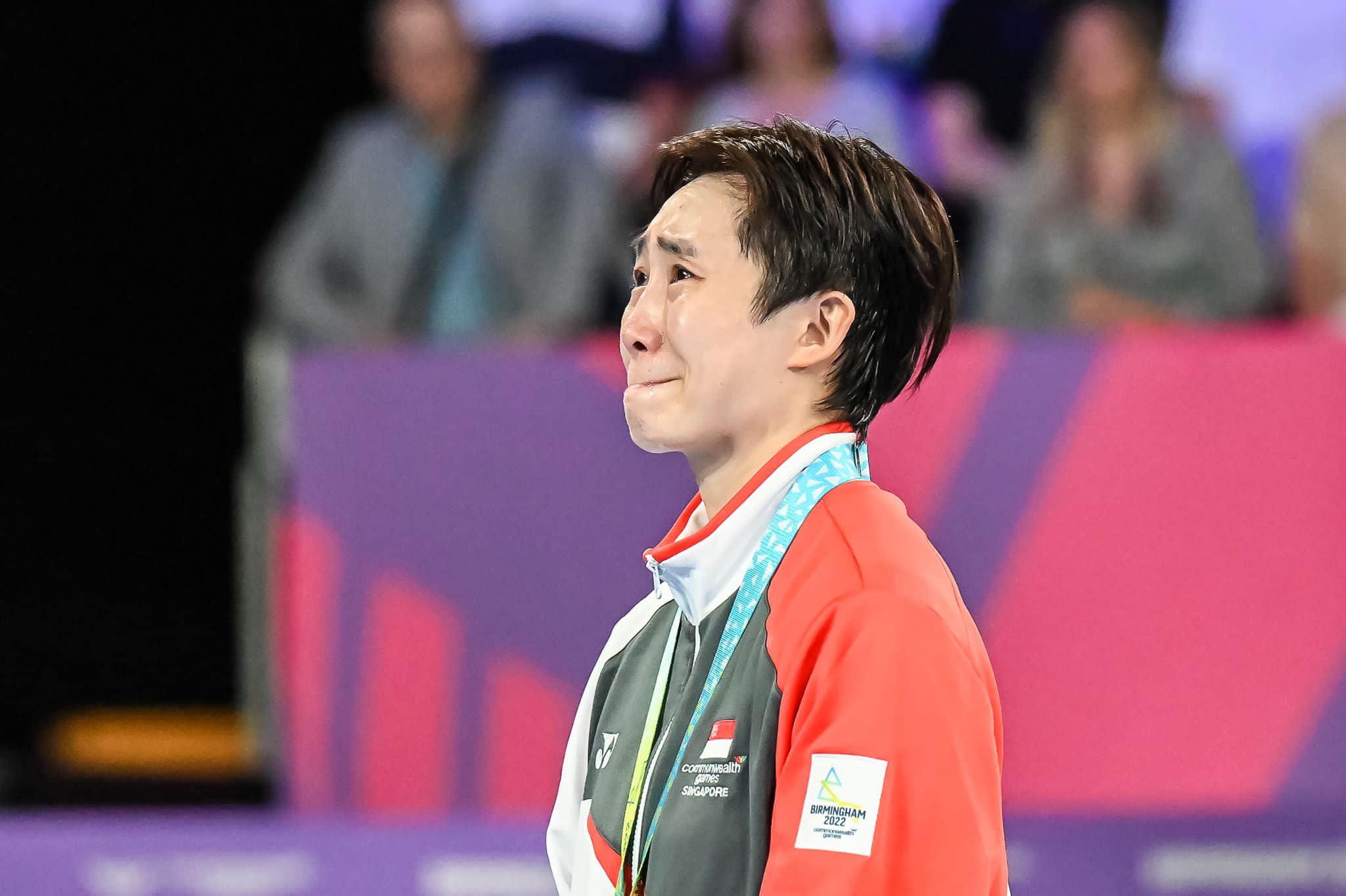 Going down in the first three sets, Feng began a spectacular comeback in the fourth set.

She won the fourth set 11-4, giving her the momentum to finish strongly in the next three sets, allowing her to beat compatriot Zeng 4-3 in the event.

Feng had also won 4-3 in the semifinals against India’s Sreeja Akula.

Speaking to the media after the match, an emotional Feng said,

It hasn’t been easy, but I really wanted to win something for Singapore, and I just gave it my all and never gave up.

Currently, we have 10 medals at the 2022 Commonwealth Games, which are being held in Birmingham, England.

Right after the gruelling match against Zeng, Feng then teamed up with her to defeat Wales’ Charlotte Carey and Anna Hursey in the women’s doubles semi-final. 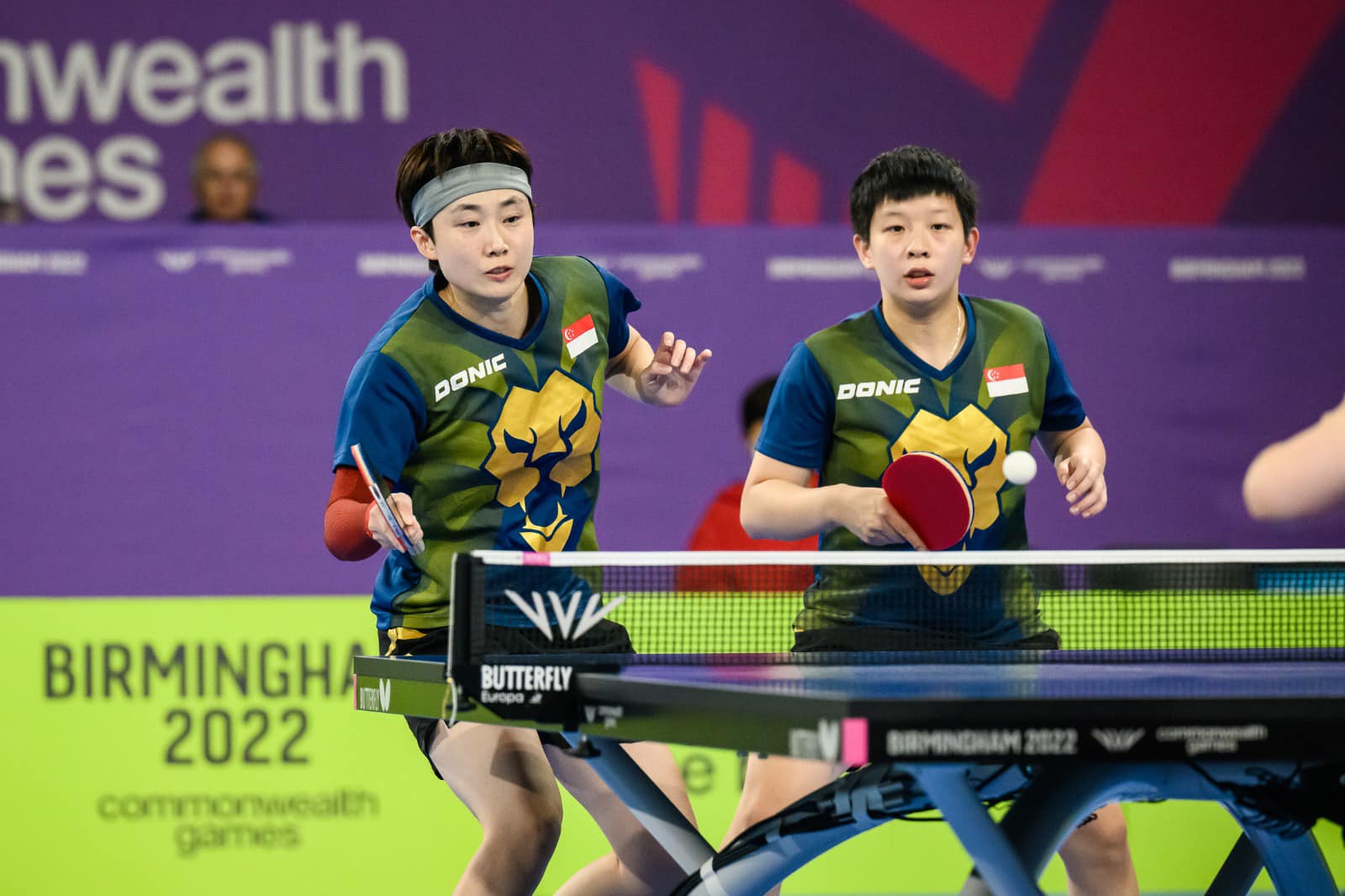 It was yet another comeback victory for Feng as they won 3-2.

Feng has clinched two gold medals after leading the women’s team to victory on 1 Aug — the only one to do so at the Games so far.

She has a chance to win a third one with Zeng on Monday (8 Aug) at 5.10pm, Singapore time.

The duo will be playing against Australia’s Jee Minhyung and Lay Jian Fang, who beat Singapore’s Wong Xin Ru and Zhou Jingyi 3-0 in the second semi-final.

Both Feng and Zeng have done Singapore proud at the Commonwealth Games.

Special kudos go to Feng for her fightback and never-say-die attitude, which is something that we can all learn from.

We wish them both the best of luck for today’s women’s doubles final.