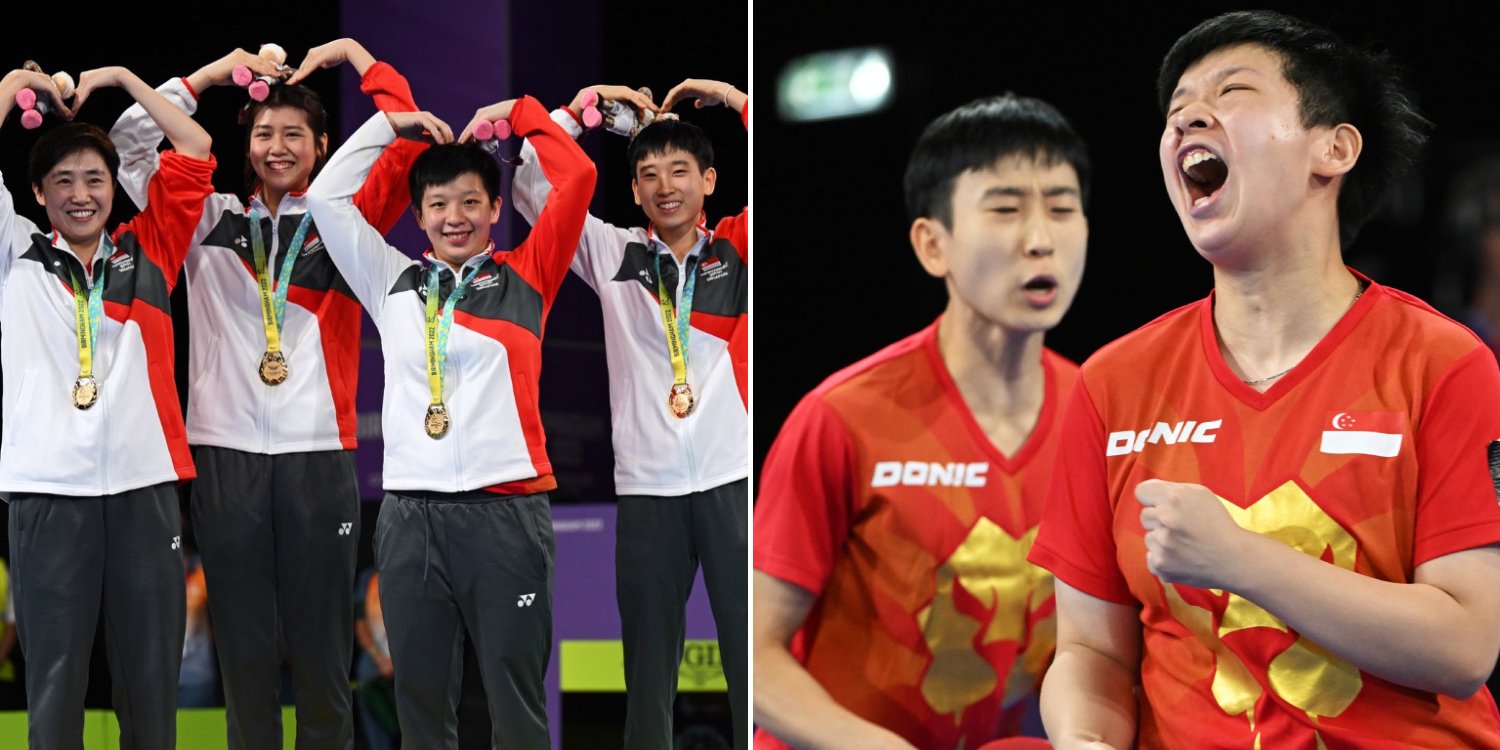 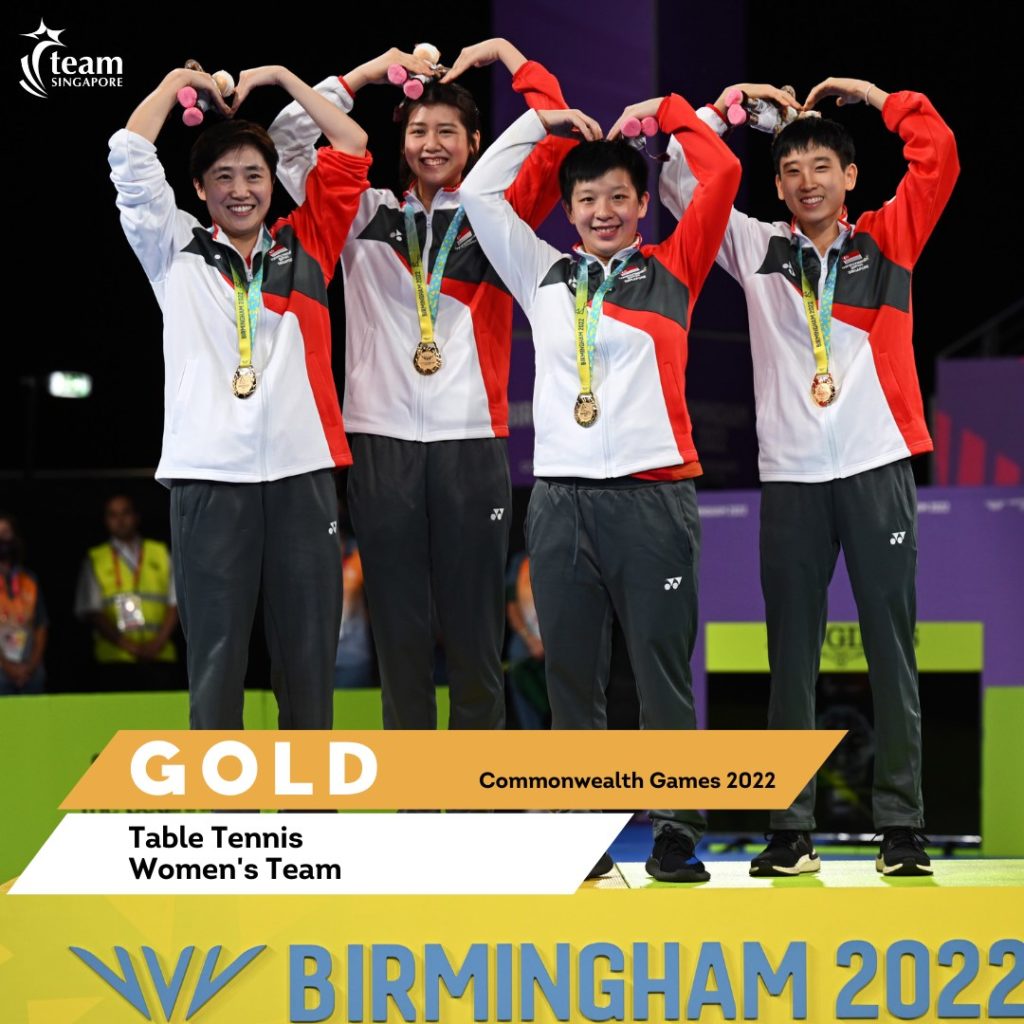 With the win, the team has reclaimed the gold medal that they lost to India at the 2018 Games.

Monday (1 Aug) was the day Singapore scored its very first gold thanks to the triumphant women’s table tennis team, which beat Malaysia 3-0 in the final.

Although things got off to a rocky start, Singapore’s Zhou Jingyi and Zeng Jian swooped back to beat Malaysia’s Karen Lyne and Ho Ying 3-1 in the opening doubles match. 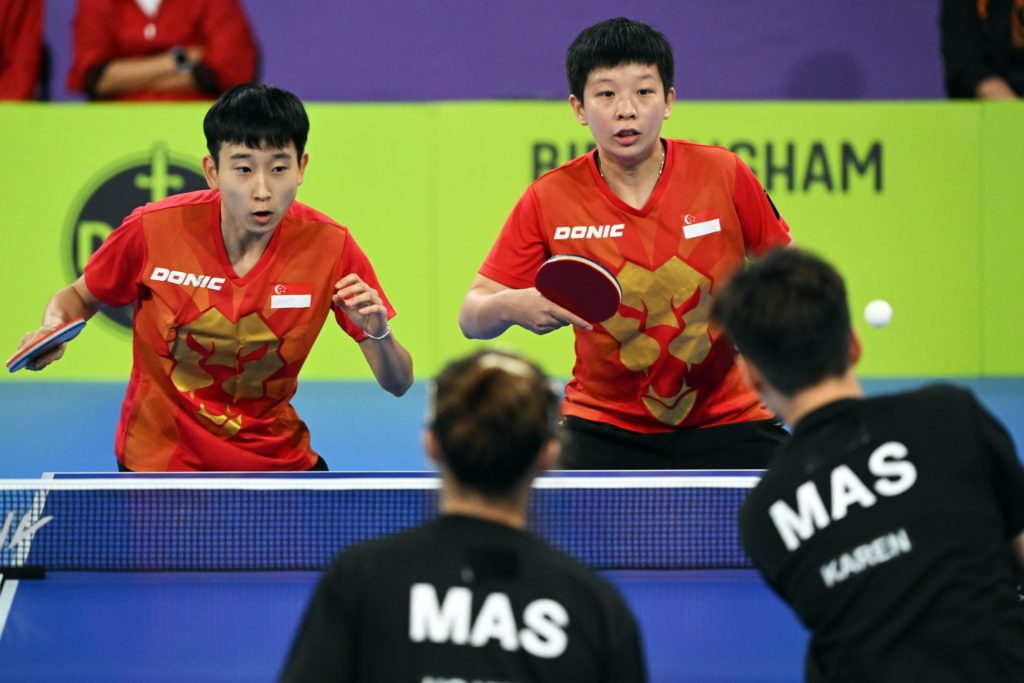 This victory means that Singapore’s women’s team has reclaimed the title of Commonwealth table tennis champions from India, which they lost to in the 2018 finals.

The team will rest today (2 Aug) before taking on the individual events starting tomorrow (3 Aug).

The Singapore men’s team is doing pretty well too.

In other words, the men’s team are guaranteed at least a silver medal.

A big congrats to the table tennis champs

The women’s table tennis team has certainly done Singapore proud with their performance at the 2022 Commonwealth Games.

We wish them, and the men’s team, all the best for their upcoming matches.

No matter what happens, we hope they know that they are already winners in many people’s hearts.