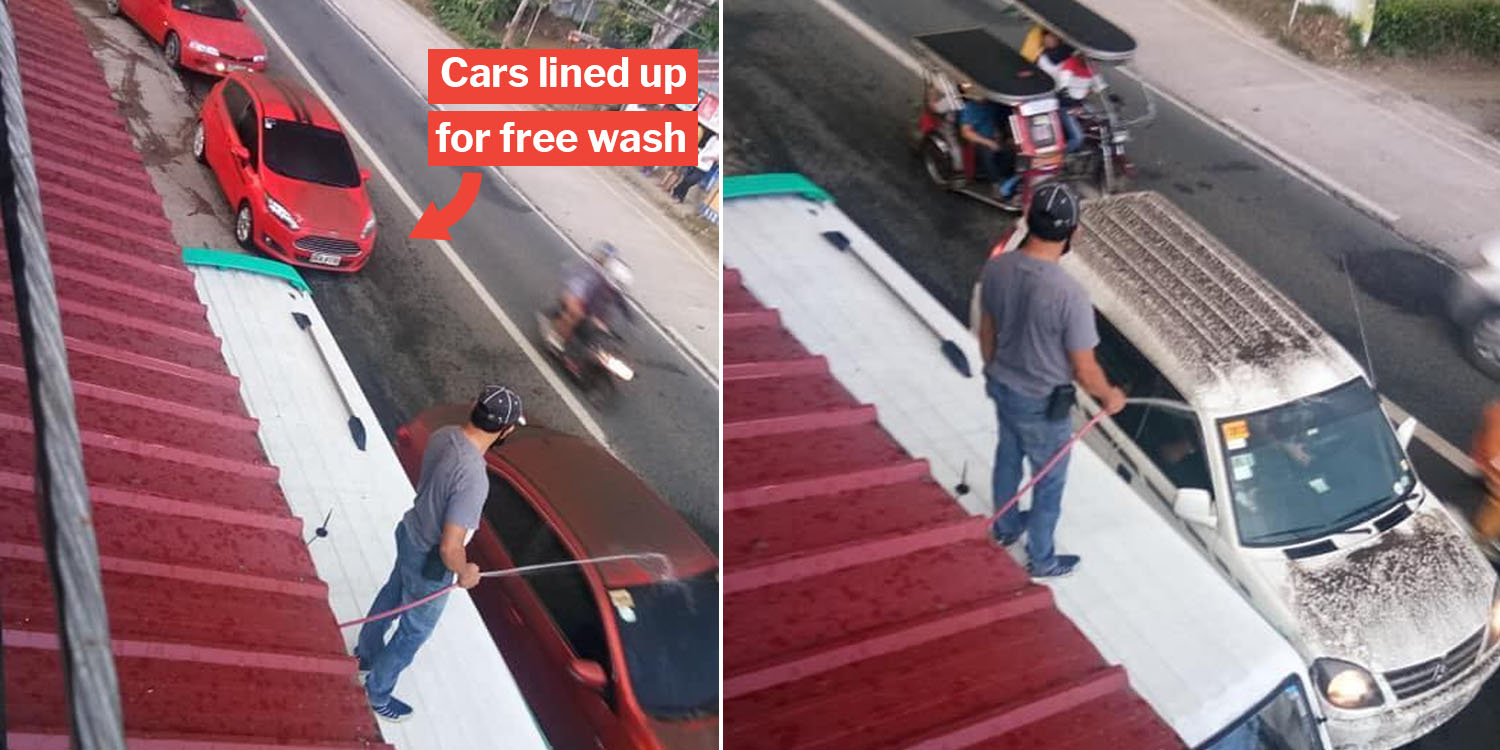 The Taal volcano eruption in the Philippines on Sunday (12 Jan) sent countless residents running for shelter.

But as ash and lava spewed from the mountain’s mouth, those who were fleeing in cars couldn’t escape the side effects.

A thick layer of ash covered many of the cars on the road, obstructing drivers’ views as they tried to navigate their way through heavy traffic.

But their worries weren’t for long, as a kind soul emerged an unlikely hero amidst the chaos.

The Taal volcano, which started spewing ash up to 14km in the sky on Sunday (12 Jan), covered everything in its vicinity with a layer of black sludge, a result of ash mixing with rainwater.

Volcanic ash can be pretty destructive. When mixed with water, the mixture can cause roofs to collapse, given how dense it is.

Vehicles covered with ash, however, face a different kind of danger.

The layer of ash, if left to accumulate, could completely obstruct the driver’s vision, easily causing a traffic accident.

One man in the Philippines, presumably foreseeing this, took it upon himself to prevent such tragedies from happening.

Perched on top of a white van, he sprays oncoming cars with a high-pressure water jet, removing the ash off the cars.

The ‘cleaning’ seems pretty effective, as seen in the following picture — the front of the car, which has been sprayed looks significantly cleaner than the back.

Proud of his actions, the man’s wife shared pictures of him doing so in a Filipino Facebook group named DashCam Philippines.

Netizens have since left a slew of comments praising the man for his actions, dubbing him a “hero”.

The man truly deserves all the praises for going out of his way to help others during this difficult time.

While the situation around the Taal volcano is troubling, good Samaritans like him gives us faith that humanity will prevail through this disaster.

Whatever happens in the coming hours and days, our hearts are with the people in the Philippines and will be praying for their safety.