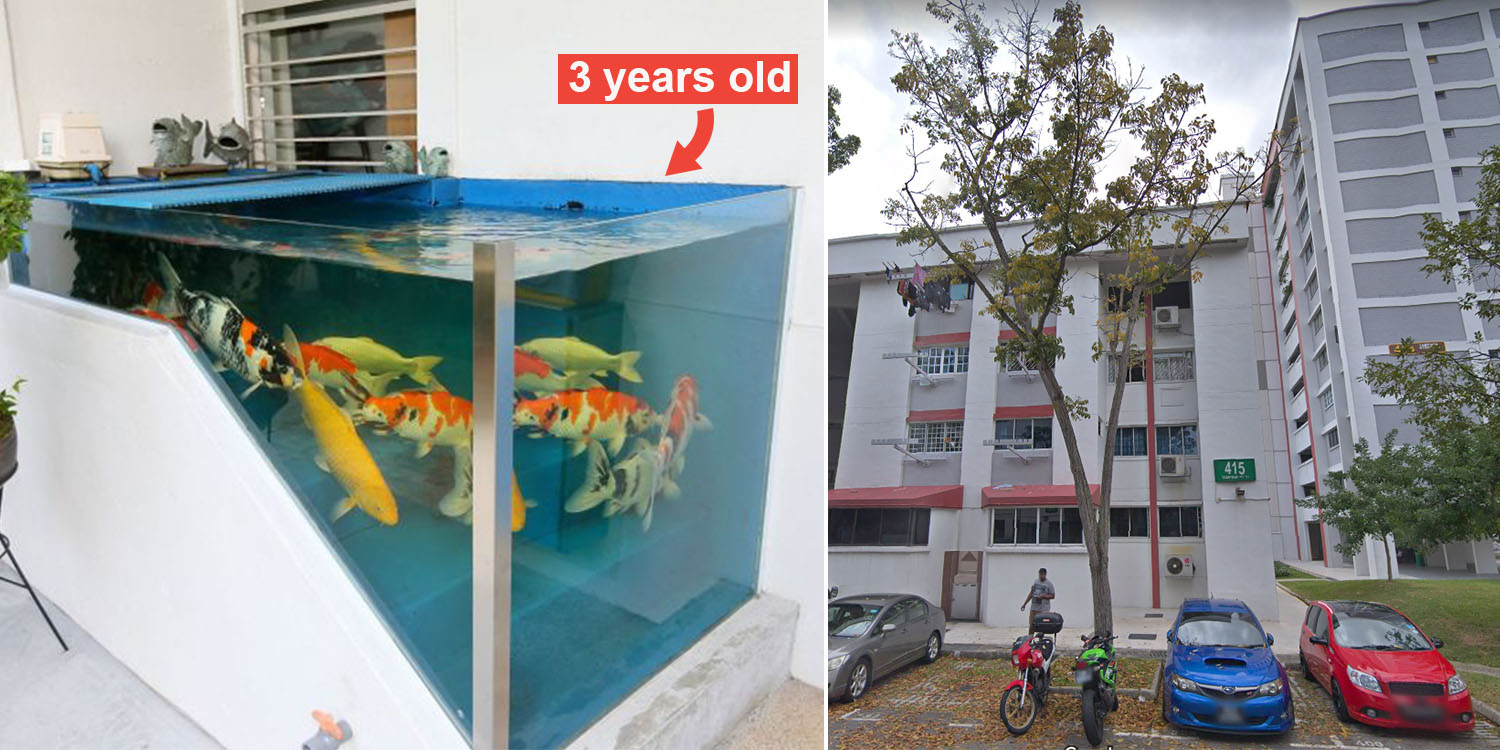 The tank has been around for 3 years without incident.

The owner of a ground floor unit at Tampines Street 41 built a creative fish tank on the front steps of his home.

The glass structure was uniquely sealed to the concrete pavement of the walls to fit the diagonal shape of the staircase.

Within the tank was at least a total of 10 Koi carp and sucker fish varieties.

Although the fish tank restricted entry to the lot, he could access his home through the adjacent lot which also was owned by him.

Unfortunately, despite the initial optimism from Tampines GRC MP Baey Yam Keng – aka hypebeast 4G leader – that the installation could be permitted, judgment was passed yesterday by HDB disallowing it.

Reasons cited by a HDB spokesman were that the glass tank could “shatter on impact” or that children “may climb or fall into the tank“.

HDB also feared another safety hazard since the tank’s electrical appliances were exposed to the open air and rain.

No incidents for 3 years

The fish tank has been around for at least 3 years and there had been no incidents to date. 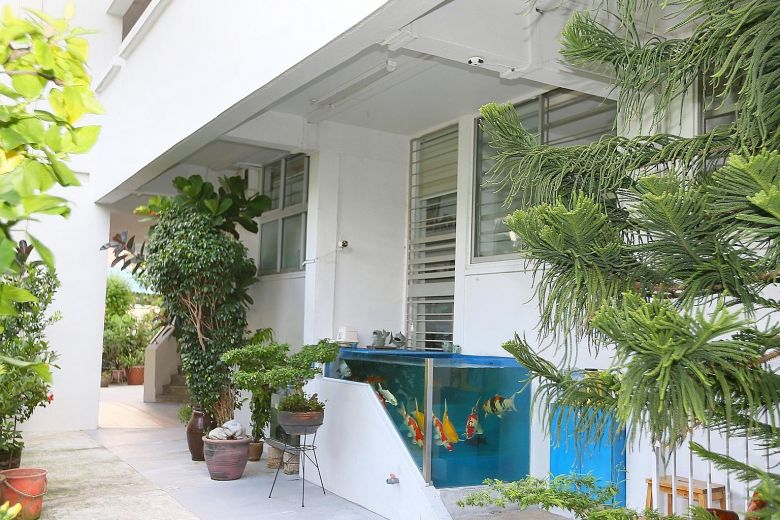 Neighbours living in the vicinity also had nothing but positive things to say about the public aquarium. They enjoyed a unique sight of fishes swimming up and down the stairwell every time they walked by the lot.

We think it’s a shame that the owner will now have to abide with HDB regulations and take down the display.

Is this preemptive regulation overhanded? Let us know your thoughts in the comments section below.

Featured image from The Straits Times and Google Maps.