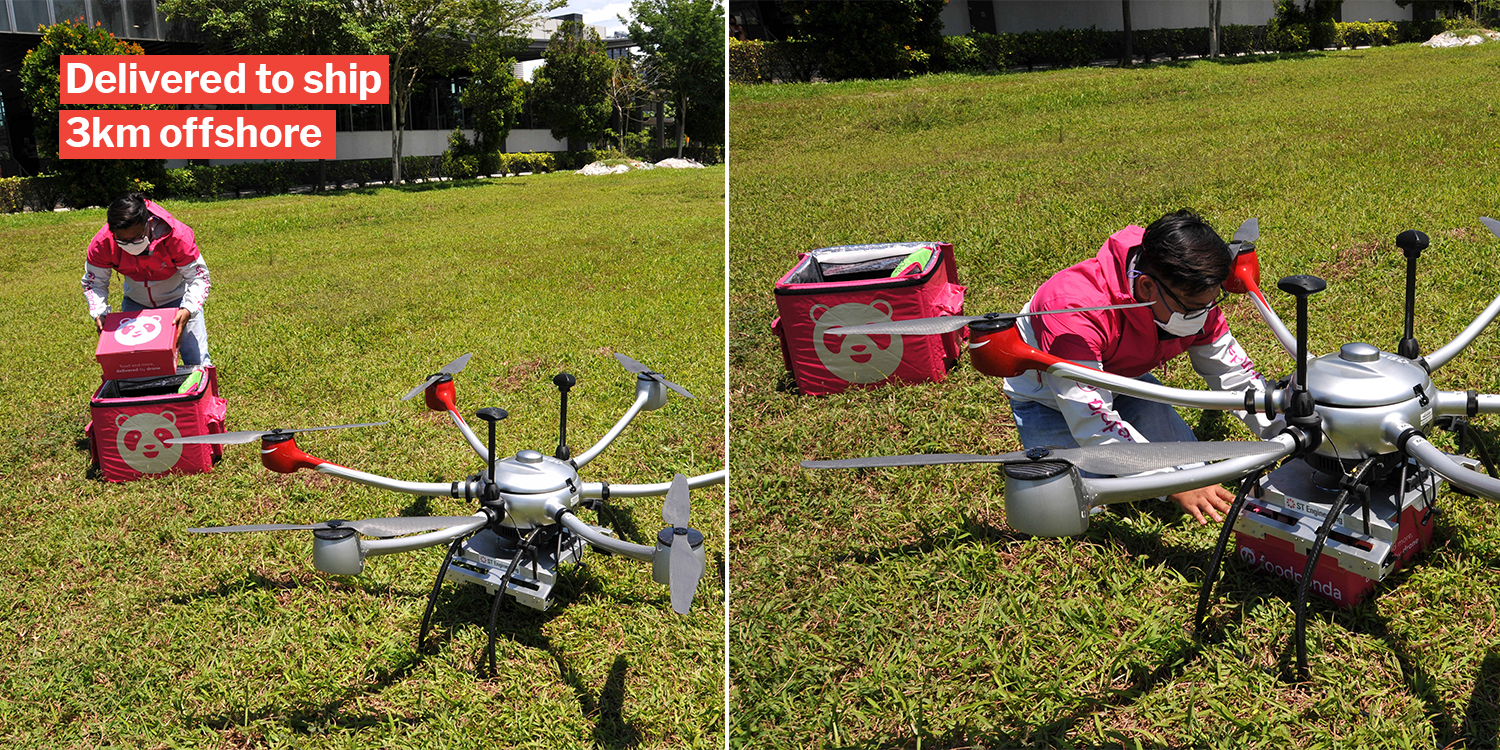 Drones May Be Used For Food Delivery In The Future, Says Foodpanda

Food deliveries have increased in popularity since the ‘Circuit Breaker’ started, and deliverers are experimenting with using drone technology.

Drone deliveries have been tried out in other places, but Foodpanda in particular are looking to add drones to their repertoire of delivery methods.

On Thursday (13 Aug), the delivery company conducted a flight test together with ST Engineering and PACC Offshore Services Holdings (POSH).

A rider unloaded 5 packets of ayam penyet on a drone, which then delivered them to a ship located 3km away offshore, all in less than 10 minutes. 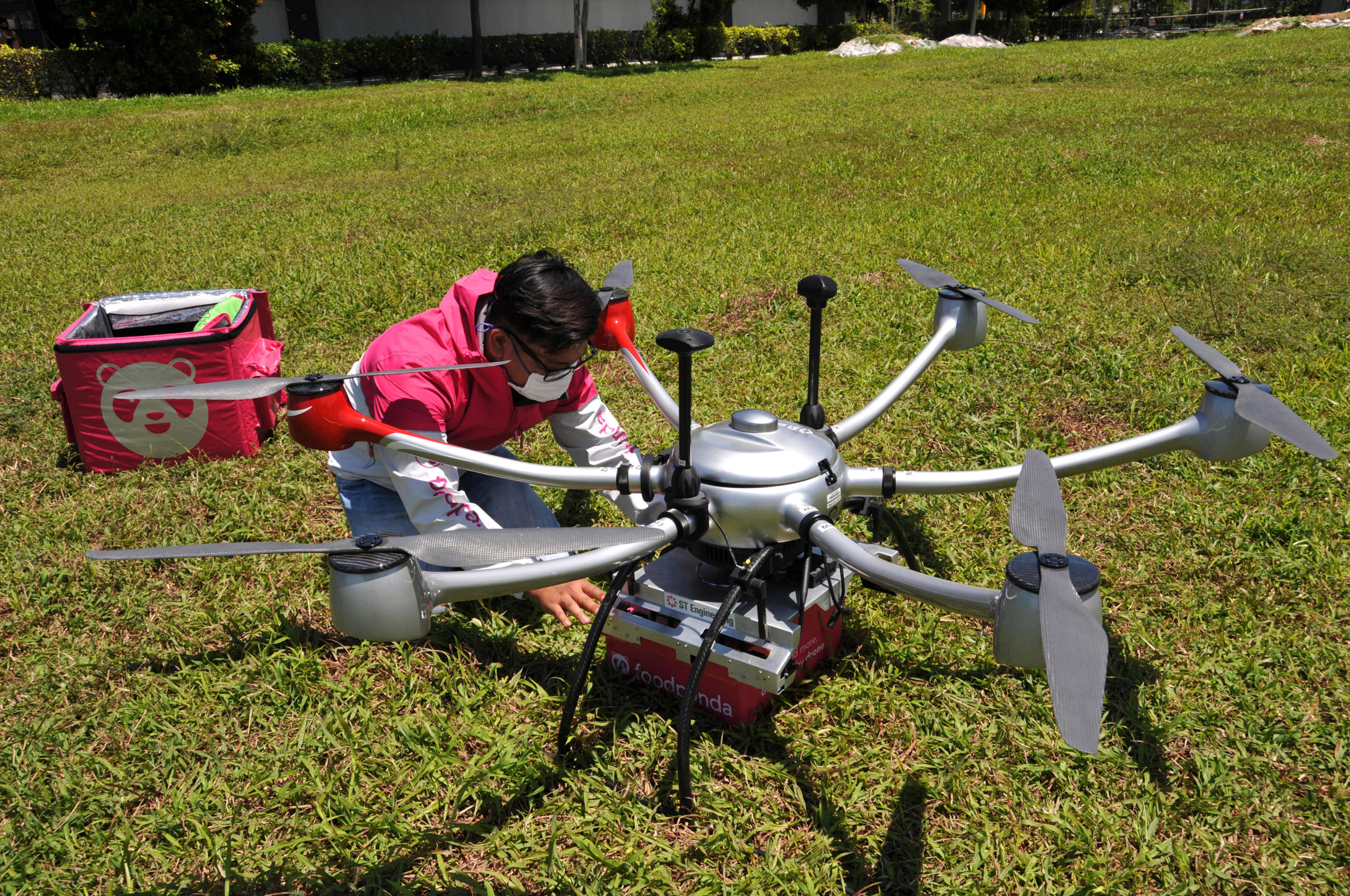 They not only proved that smashed chicken could fly — they might also drastically reduce the time it takes for your deliveries to arrive.

Apparently, the idea to use drones for deliveries have been in planning for a long time, Foodpanda said. 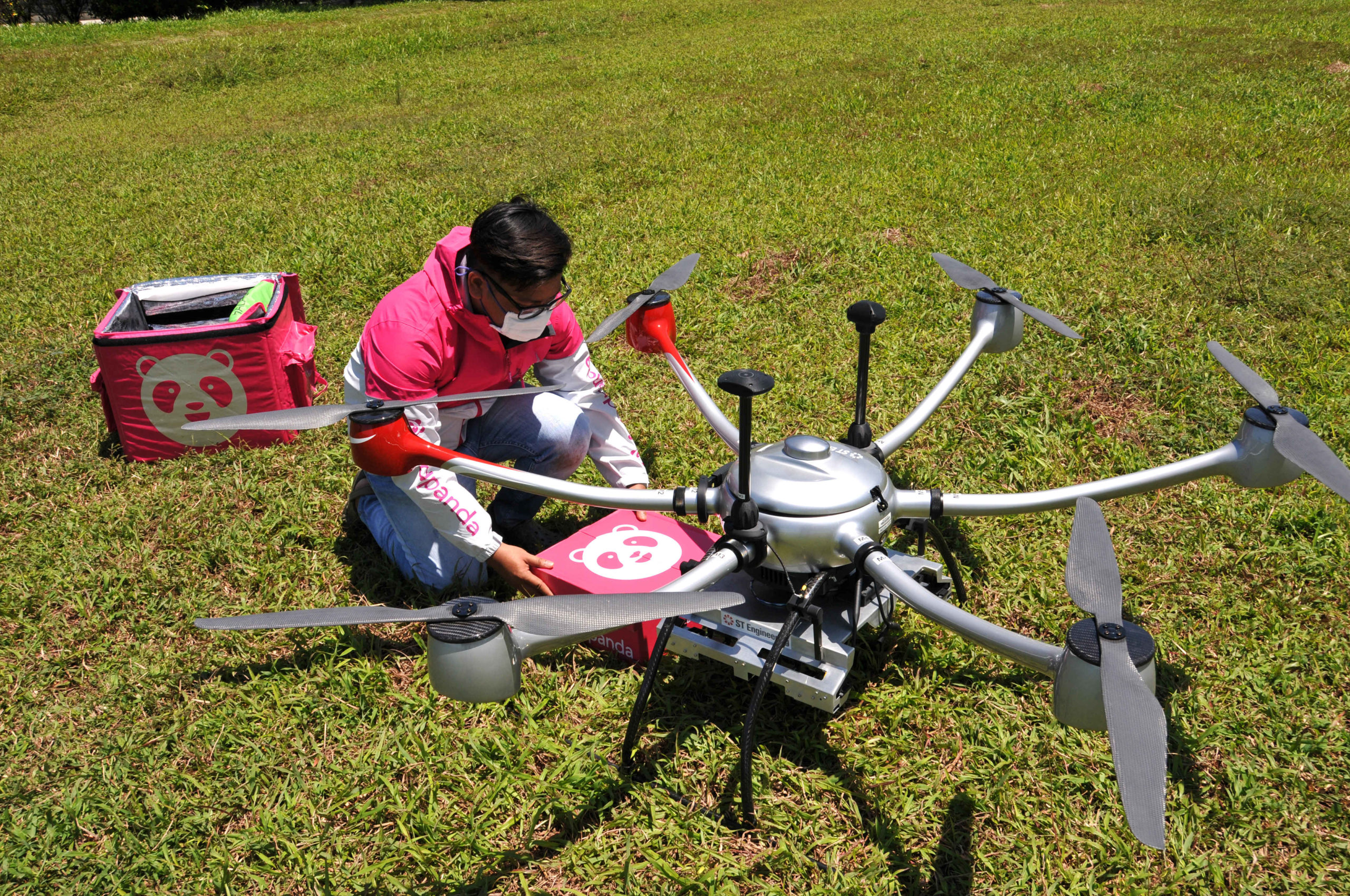 Today was the first time that they saw their boxes in the air.

They shared that the plan is to have riders deliver to collection points islandwide.

From there, other riders will then collect and bring the food to your doorstep.

Foodpanda explained that they want to maintain the familiar human touch of having riders deliver to your home.

Remember when a rider was unable to fulfill a delivery because his order was going to Seletar Island, located offshore?

Well, with a drone, that order will certainly get there.

A submarine won’t be required, either.

POSH, who are partnering Foodpanda and ST Engineering in the project, are also hoping to use the service so that their offshore workers can get deliveries at their ship-step.

More importantly, your deliveries might arrive faster too, depending on where you’re ordering from.

Yummy food from the West might reach the East a lot faster and vice versa, and cheaper to boot.