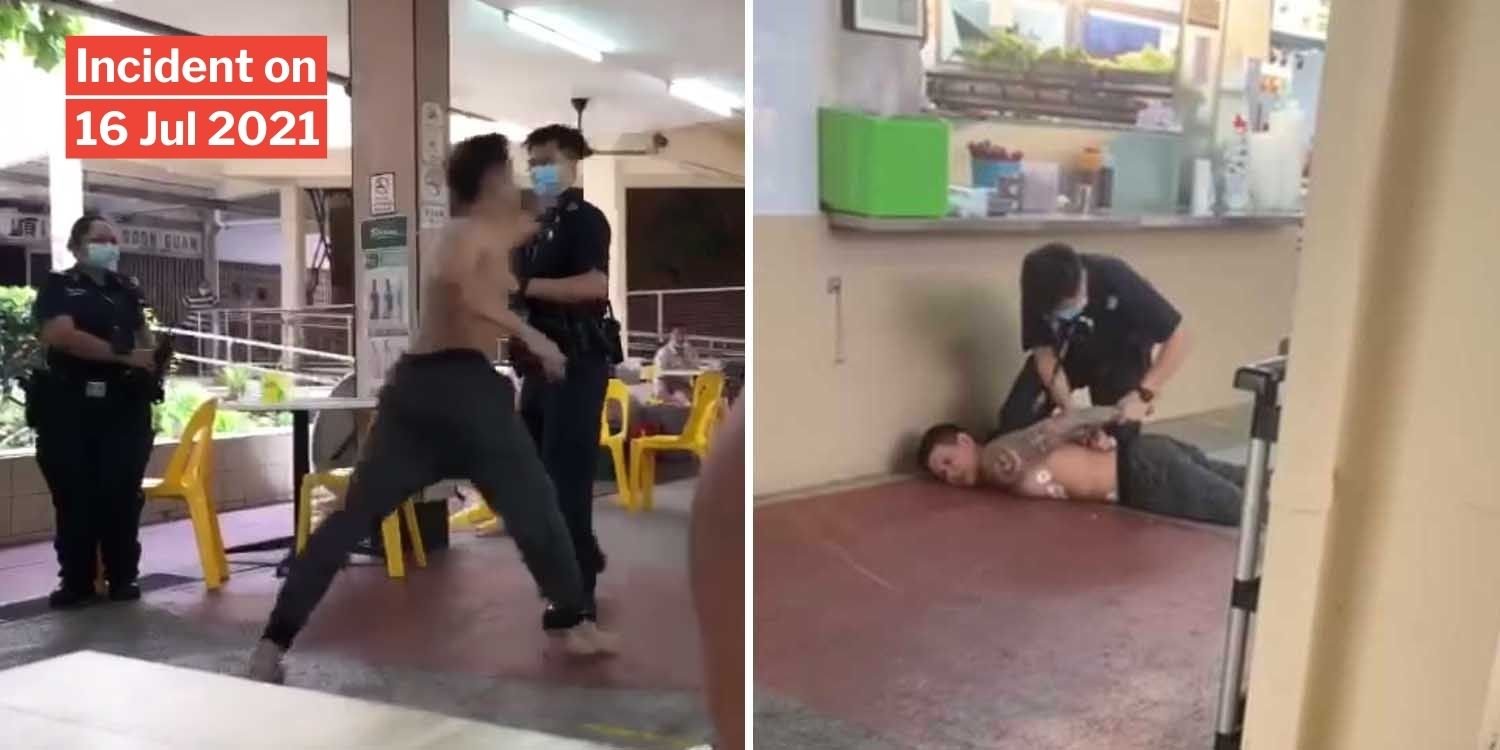 He tried to fight police officers but was tased & arrested.

In July last year, a man was seen challenging police officers to a fight at a Jalan Besar coffee shop. He was eventually tased and arrested by the police.

Man Challenges Police To A Fight At Jalan Besar Kopitiam, Gets Tased & Arrested

On Friday (14 Jan), Wong Yew Tien pleaded guilty to voluntarily causing hurt, using criminal force to deter a public servant from discharging their duty, and being a public nuisance.

The 42-year-old was sentenced to 7 months’ jail.

When paramedics arrived, they took off his shirt to treat him. But all of a sudden, he woke up and started causing a scene.

Shirtless and maskless, he began shouting and throwing chairs around. The police were then alerted to the incident.

When police arrived, they tried to calm Wong down, but he continued his aggressive behaviour. 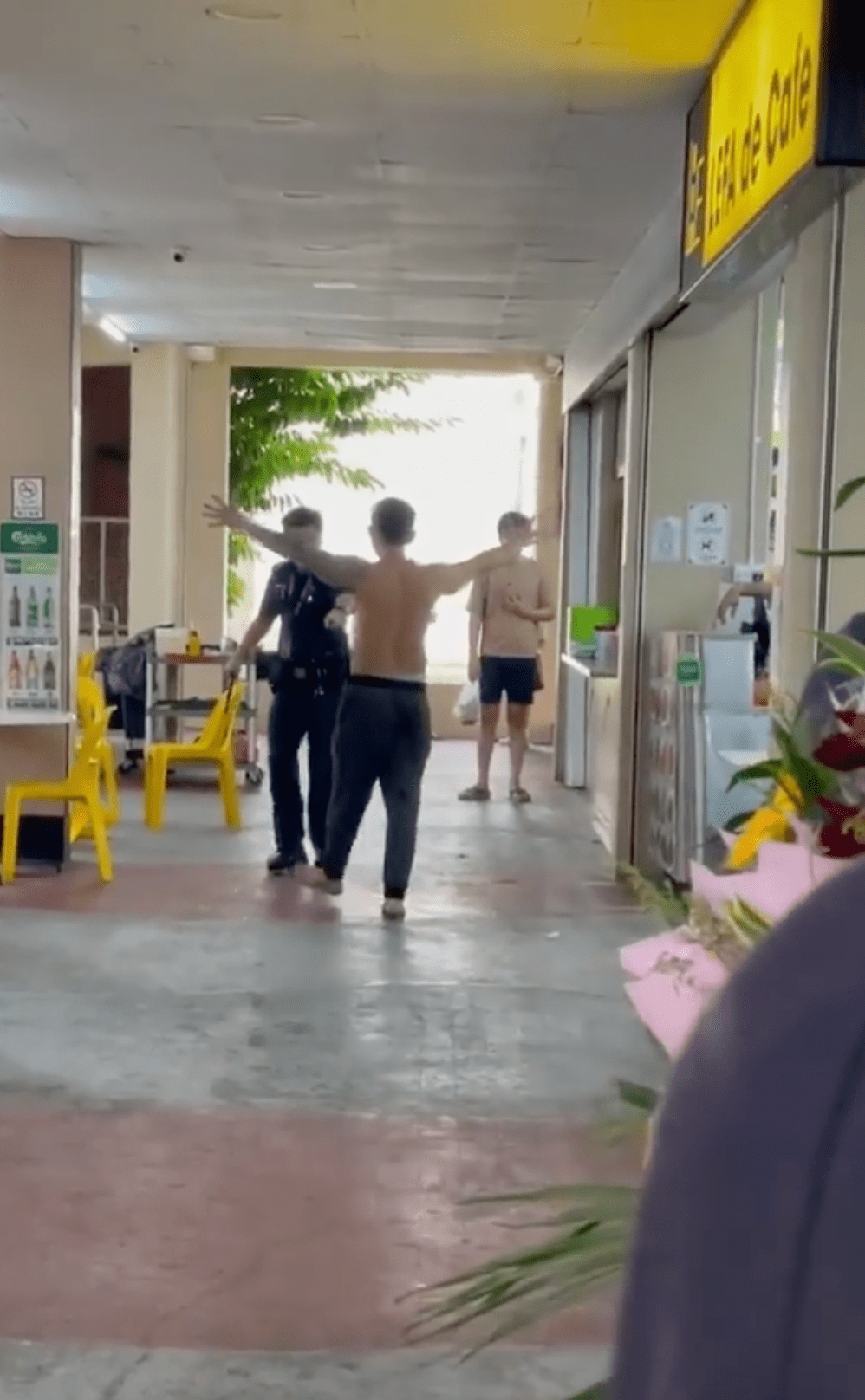 After flipping a table over, he instigated a fight with the police. Eventually, the police subdued Wong by tasing him twice. 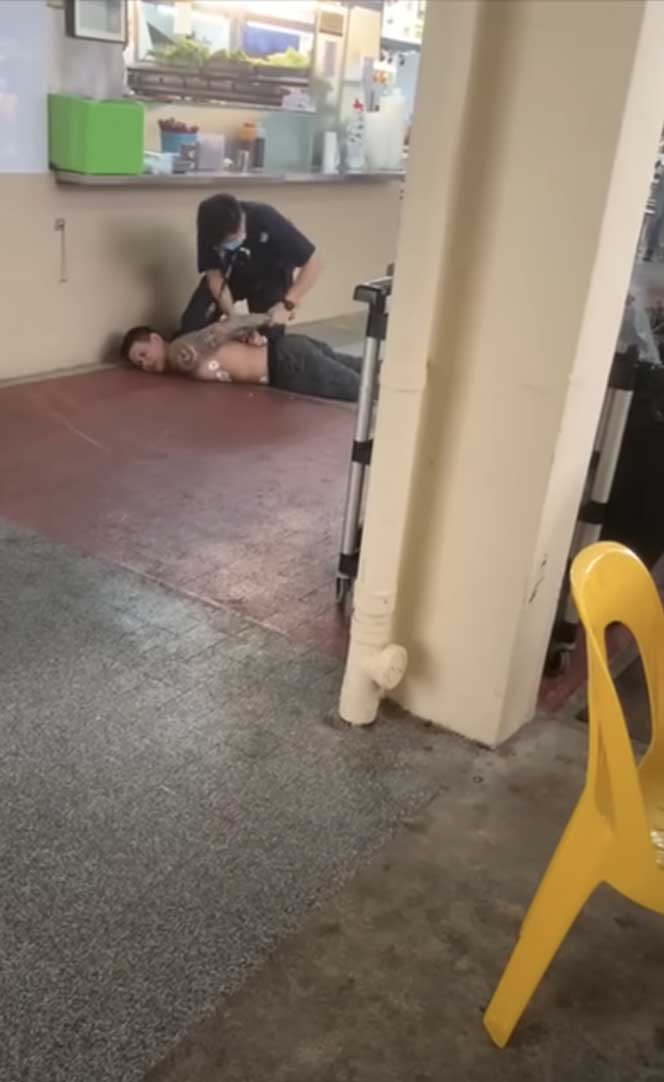 He was arrested for voluntarily causing hurt to a public servant, alleged public nuisance, theft in dwelling, as well as drug-related offences, reported TODAY.

On Friday (14 Jan), Wong appeared in court and pleaded guilty to his charges.

He also pleaded for leniency, adding that he was under the influence of drugs at that time.

Besides this, the 42-year-old also has a history of committing crimes. In 2000, he was involved in a fatal assault of a man in Tampines. He was jailed for 6.5 years and given 8 strokes of the cane.

In 2014, he was also charged for voluntarily causing hurt to deter a public servant from duty and sentenced to 3 months’ jail.

Wong is currently under a drug rehabilitation centre regime. After taking all this into consideration, the judge sentenced him to 7 months’ jail.

This incident is a reminder not to succumb to the temptation of taking illegal substances. Other than the obvious fact that it’s a criminal offence, one may end up behaving brashly, leading to regrettable circumstances.

In this case, Wong has to reflect upon his ways in prison—hopefully, for the last time.

Meanwhile, kudos to our brave police officers for doing what they could to deescalate the situation last July. We hope the male officer has fully recovered from his light injuries.