Man Challenges Police To A Fight At Jalan Besar Kopitiam, Gets Tased & Arrested 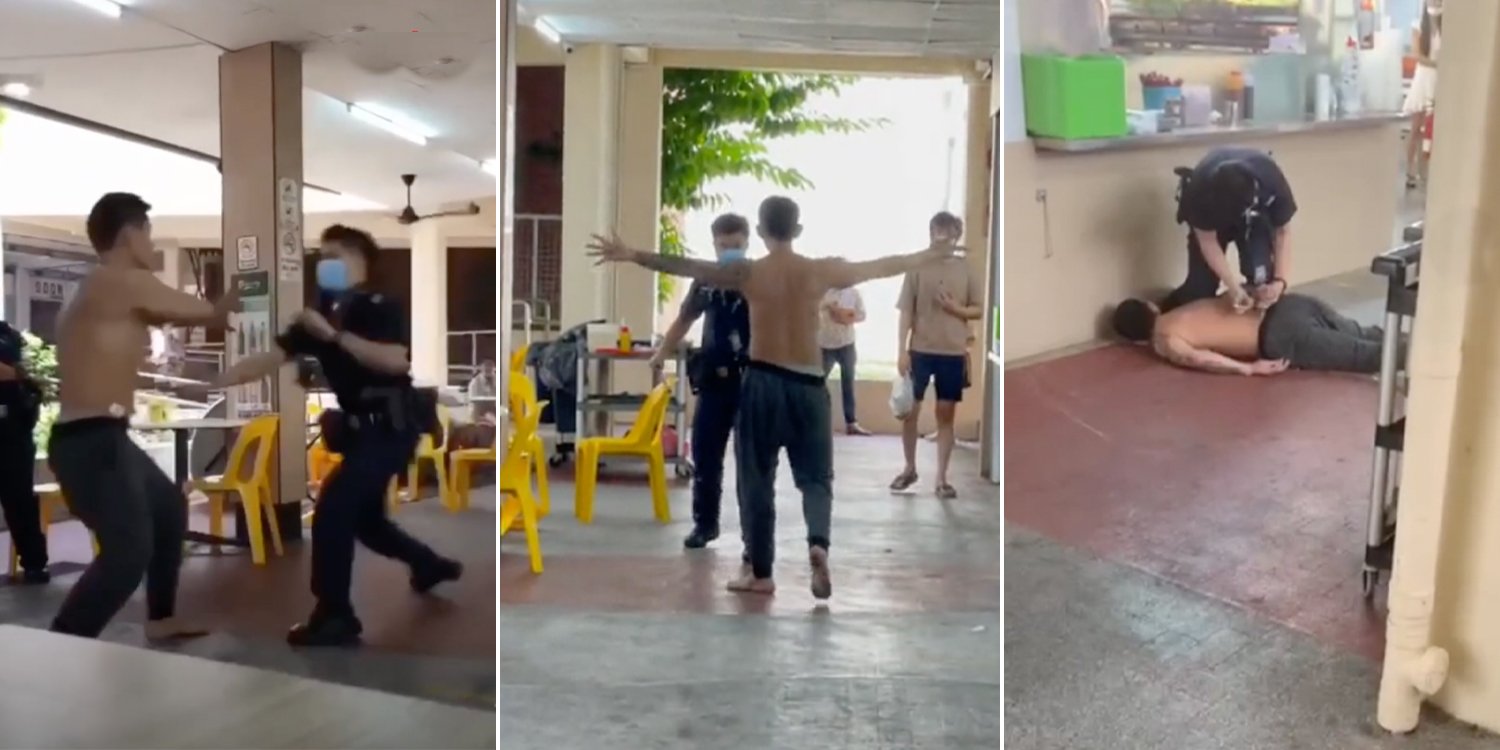 The man continued to be aggressive despite police telling him to calm down.

In certain hostile situations, they may have no choice but to take forceful actions to subdue a suspect.

On Friday (16 Jul), videos of a 41-year-old man trying to fight police officers at a Jalan Besar Kopitiam made rounds on social media.

When the man continued to shout and hit police officers, he was eventually tased and eventually arrested.

On Friday (16 Jul), the man was believed to have fallen down at a kopitiam at Block 802 French Road.

At about 1.50pm, the police were alerted to the incident, of which the 41-year-old turned hostile towards paramedics and members of the public who tried to help him.

According to Channel NewsAsia (CNA), when police arrived, the shirtless man, who was also not wearing a mask, continued his aggressive behaviour.

In videos, he can be seen challenging the police to a fight while spewing vulgarities. 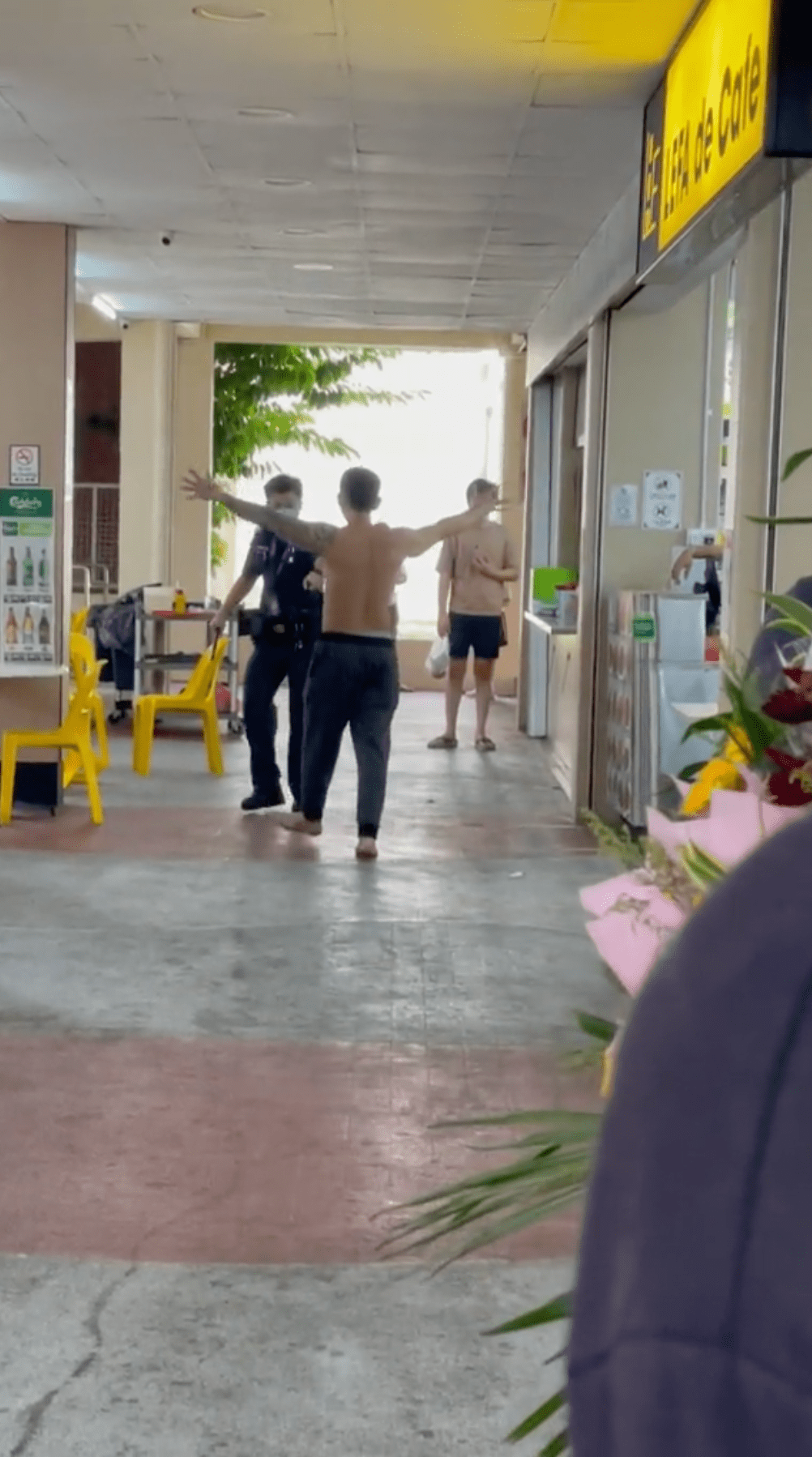 The man was also heard shouting, “Come on!” as they repeatedly urged him to calm down.

At one point in time, a police officer drew his baton to subdue the man.

But the 41-year-old continued to put up a fight, hitting the police officer multiple times as the officer struck back.

As the man continued shouting at police officers, he was eventually tased and fell to the ground.

Police officers can then be heard loudly instructing him to stay on the ground before handcuffing and arresting him. 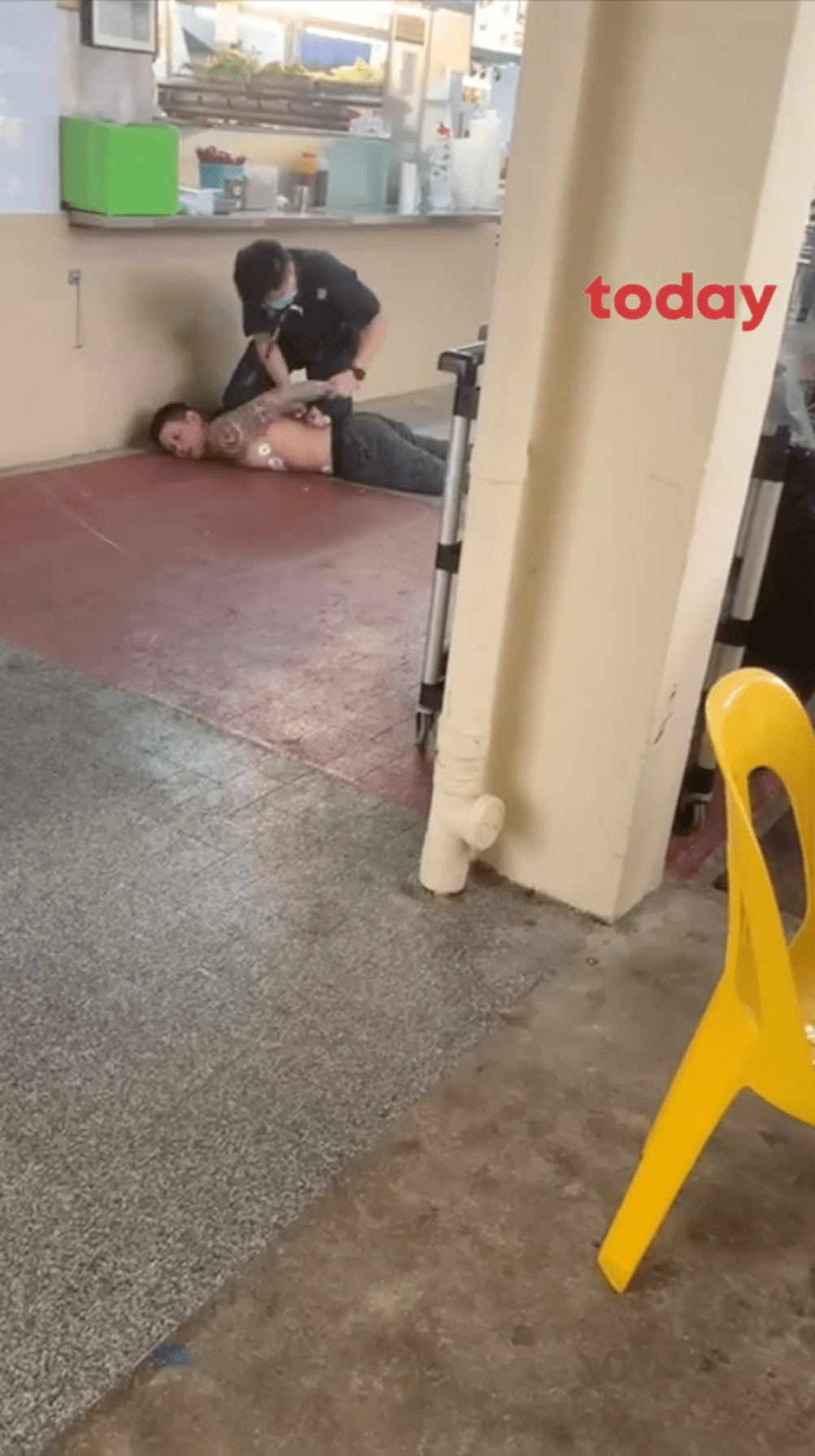 According to TODAY Online, the man was arrested for:

Preliminary investigations revealed that prior to the police’s arrival, the man had allegedly been throwing chairs at patrons of the kopitiam.

According to CNA, the man faces up to 7 years’ jail, a fine and/or caning if found guilty of voluntarily causing hurt to a public servant.

On top of that, he could also be fined up to $2,000 for being a public nuisance. If he’s found guilty of theft in dwelling, he could be jailed up to 7 years and fined.

In a statement by the Singapore Police Force, they said that in their use of force, they considered “the proportionality of the force applied vis-a-vis the perceived threat”, the safety of the public and officers, as well as safety of the target on which force is to be applied.

They added that they have zero tolerance towards violence against police officers performing their duty and offenders will be dealt with firmly.

Treat our police officers with respect

Kudos to the police officers on the scene for handling the situation professionally.

While their actions might seem harsh, the officers were merely doing their jobs to subdue the man.

Do remember to always treat our police with respect and cooperate with them. After all, they are looking out for everyone’s safety and well-being.