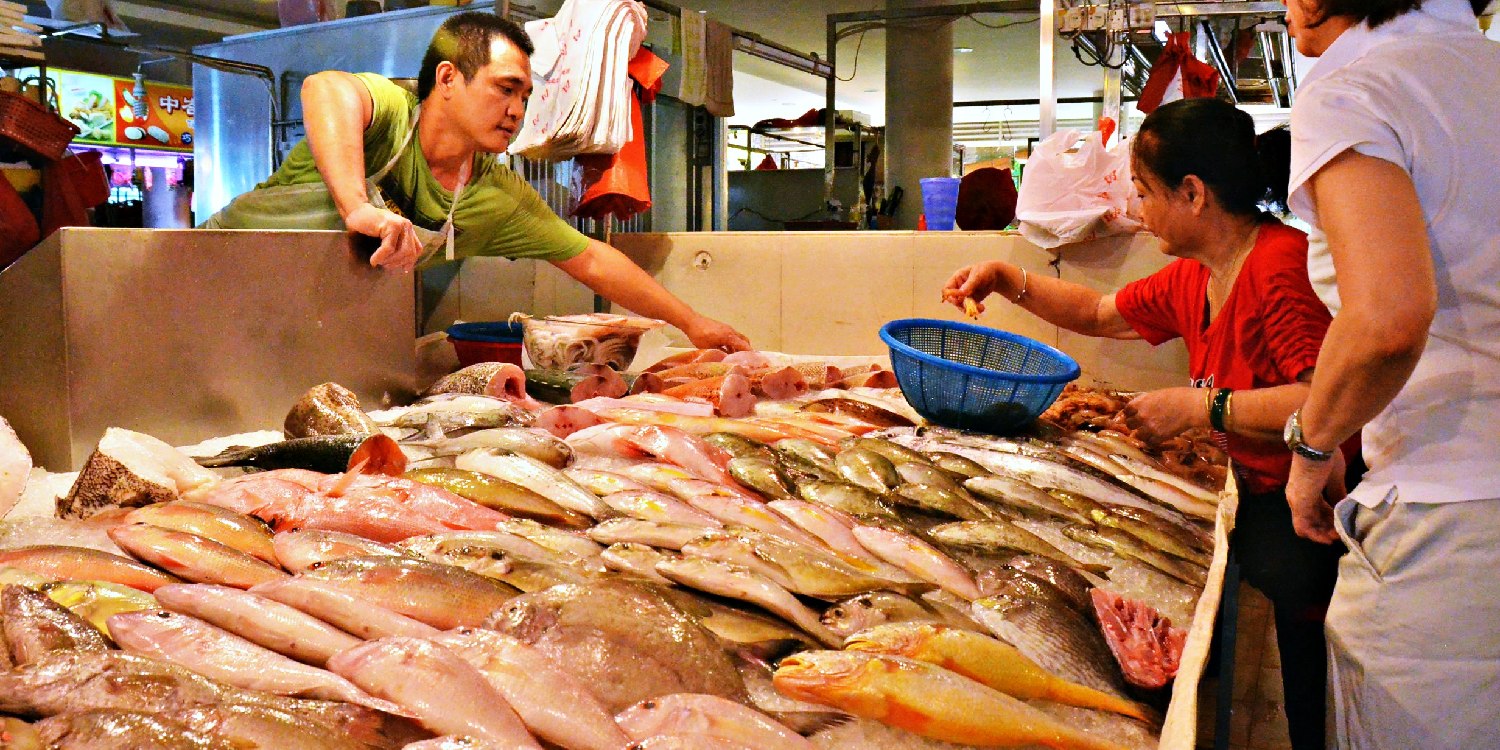 Business at some wet market fish stalls has fallen by as much as 50%.

As inflation intensifies, many of us have been noticing the rising costs of everyday products in Singapore. 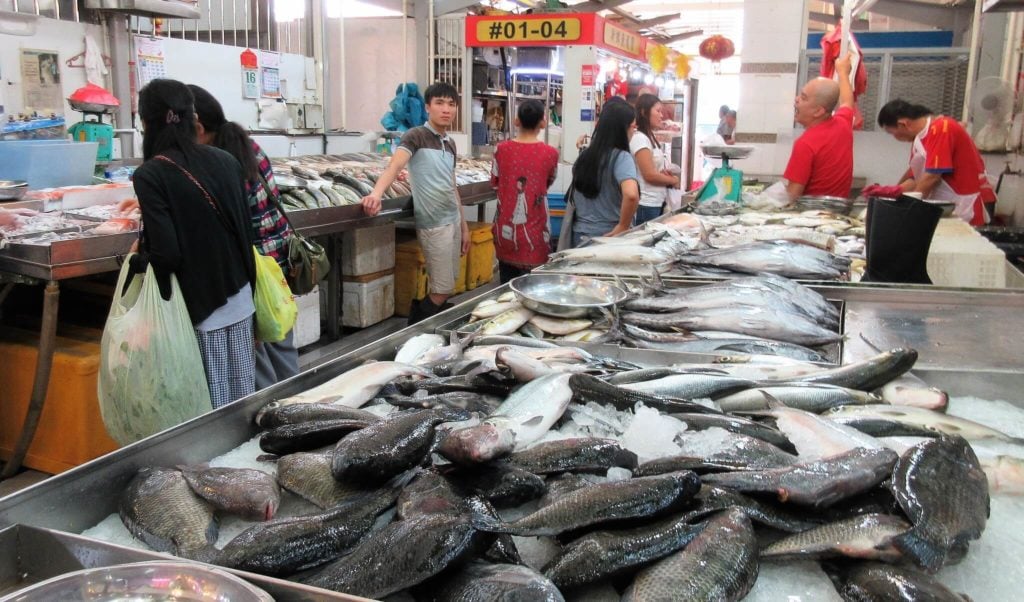 Some fishmongers told Shin Min Daily News that the prices of fish such as the red grouper have risen by as much as S$10.

To cut their losses, some have even chosen to order half the amount of fish that they usually do.

Speaking to Shin Min Daily News, 40-year-old Madam Chen, who sells fresh fish at a Toa Payoh wet market, said that prices at her stall are up by 30%.

Besides that, the price of red groupers went from S$40 per kg to S$50 per kg. This S$10 increase happened over the short span of a month.

The price increase was due to the fall in supply of fresh fish as well as the surge in wholesale prices, which have gone up by about 30%. 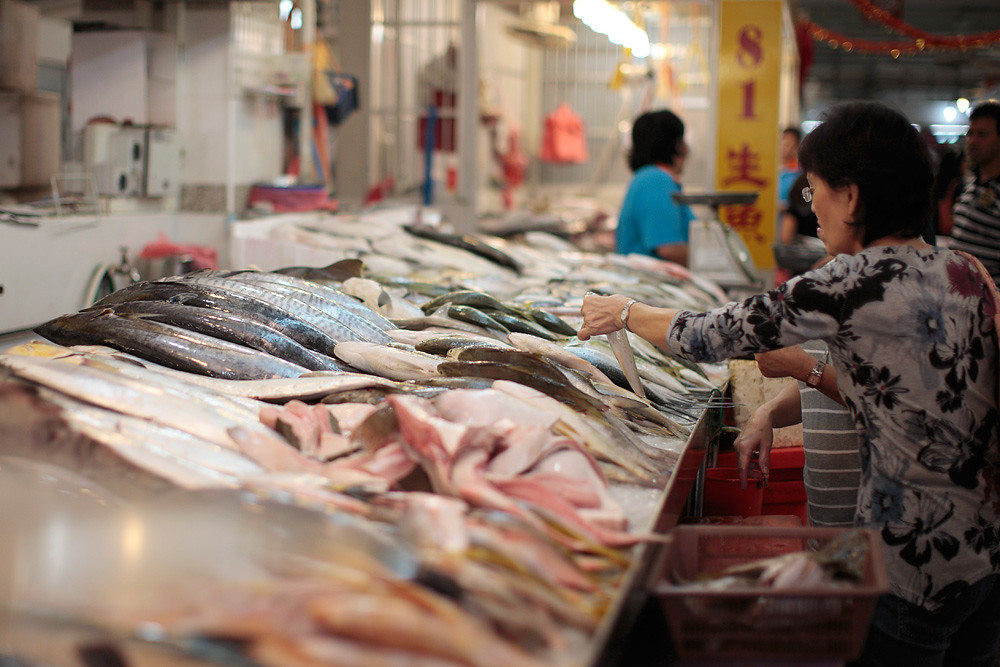 A fishmonger at a Tiong Bahru market, 43-year-old Mr He, said at his stall, the price of red groupers and pomfrets have risen 20% since July, after Hari Raya Haji.

He stated that he gets less fish from his suppliers as well.

Besides that, there are also other factors such as inflation as well as the ongoing Russia-Ukraine war, which has led to an increase in transport costs.

And things do not seem to be looking up.

Mr He shared that the rainy season is coming. This would mean that fishermen will have fewer opportunities to go out to sea and fish.

He foresees that this will further affect the supply of fresh fish.

Fall in sales for fishmongers

The price increase has inevitably led to a fall in sales for fishmongers.

Mr He told Shin Min Daily News that some customers have been put off by the higher prices.

Even a fish head steamboat restaurant he supplies to has reduced the amount of fresh fish they purchase from him.

Lamenting that business at his stall has fallen about 50%, Mr He has had no choice but to cut his purchase volume by half.

Madam Chen concurred, sharing that some customers are choosing to buy frozen fish online instead as it is cheaper.

As a result, business is down by about 30%, so she too has cut her purchase volume by 30%. This will also prevent her from ending up hoarding unsold fish.

She told reporters that if fishmongers had a choice, they wouldn’t want to raise their prices.

“The cost of living is now so high, even eating has become expensive,” she sighed.

The average prices for fish from Malaysia and Indonesia have risen by about 20% this year. And prices are expected to continue rising over the next few months.

This is due to the supply shrink during the monsoon period and the increase in demand for the upcoming holiday period.

Additionally, they face high fuel costs in light of the Russia-Ukraine war. Indonesian fishermen were further bogged down when their government cut down on energy subsidies.

This upward price trend for fresh fish is likely to continue into late January.

If the rainy season persists, prices are likely to increase by another 10% to 15% over the next two months, said Mr Alfred Goh, owner of Guang’s Fresh Mart.

Prices for white snappers are predicted to go up by 10%, while mackerels will see a further cost increase of about 30%.

Mr Goh shared that he foresees prices only starting to dip as Chinese New Year comes to an end in late Jan 2023.