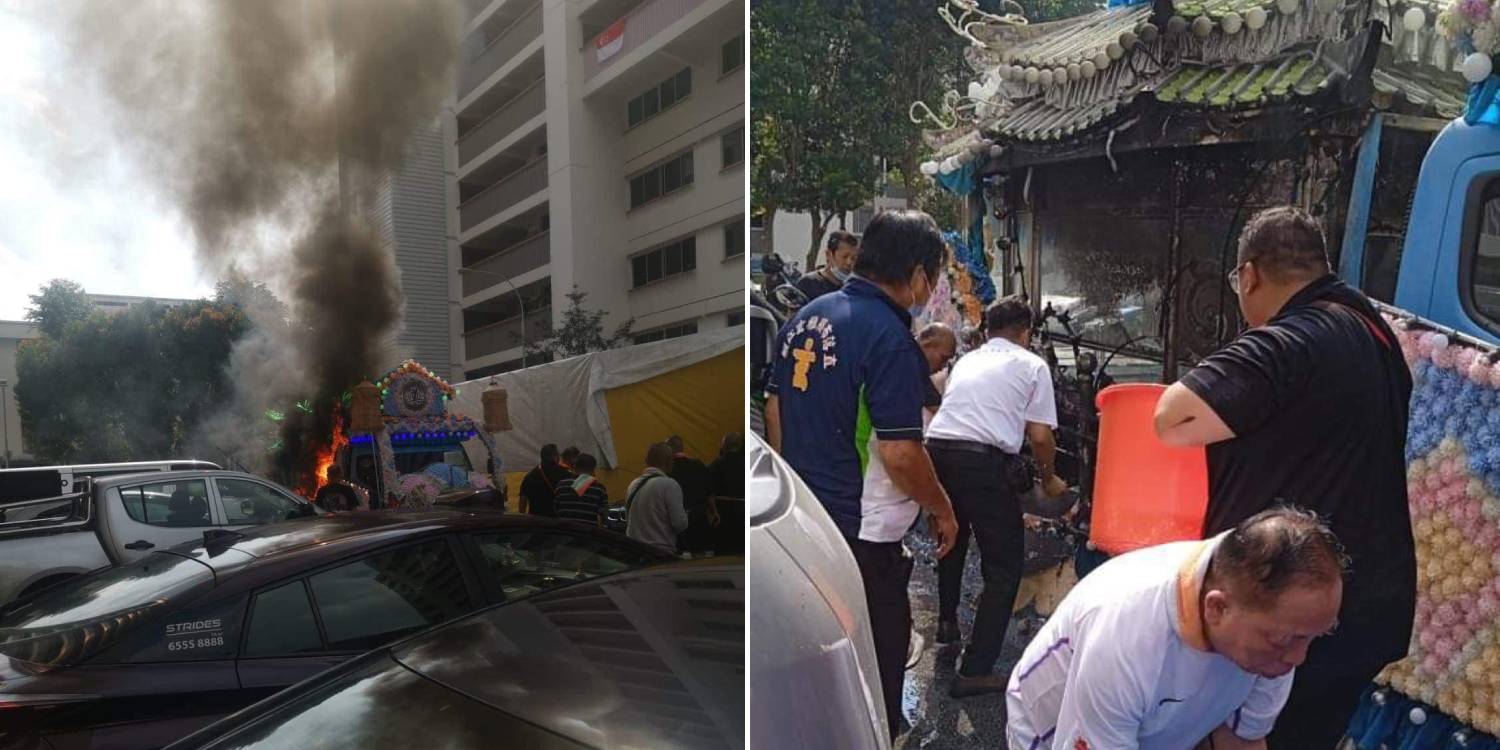 The casket was not loaded onto the hearse yet.

Funerals are normally solemn occasions meant to mark the passing of the deceased.

However, there was a lot of excitement at a recent funeral in Woodlands when the hearse suddenly caught fire.

Thankfully, the people there managed to put out the flames with buckets of water before Singapore Civil Defence Force (SCDF) firefighters arrived. 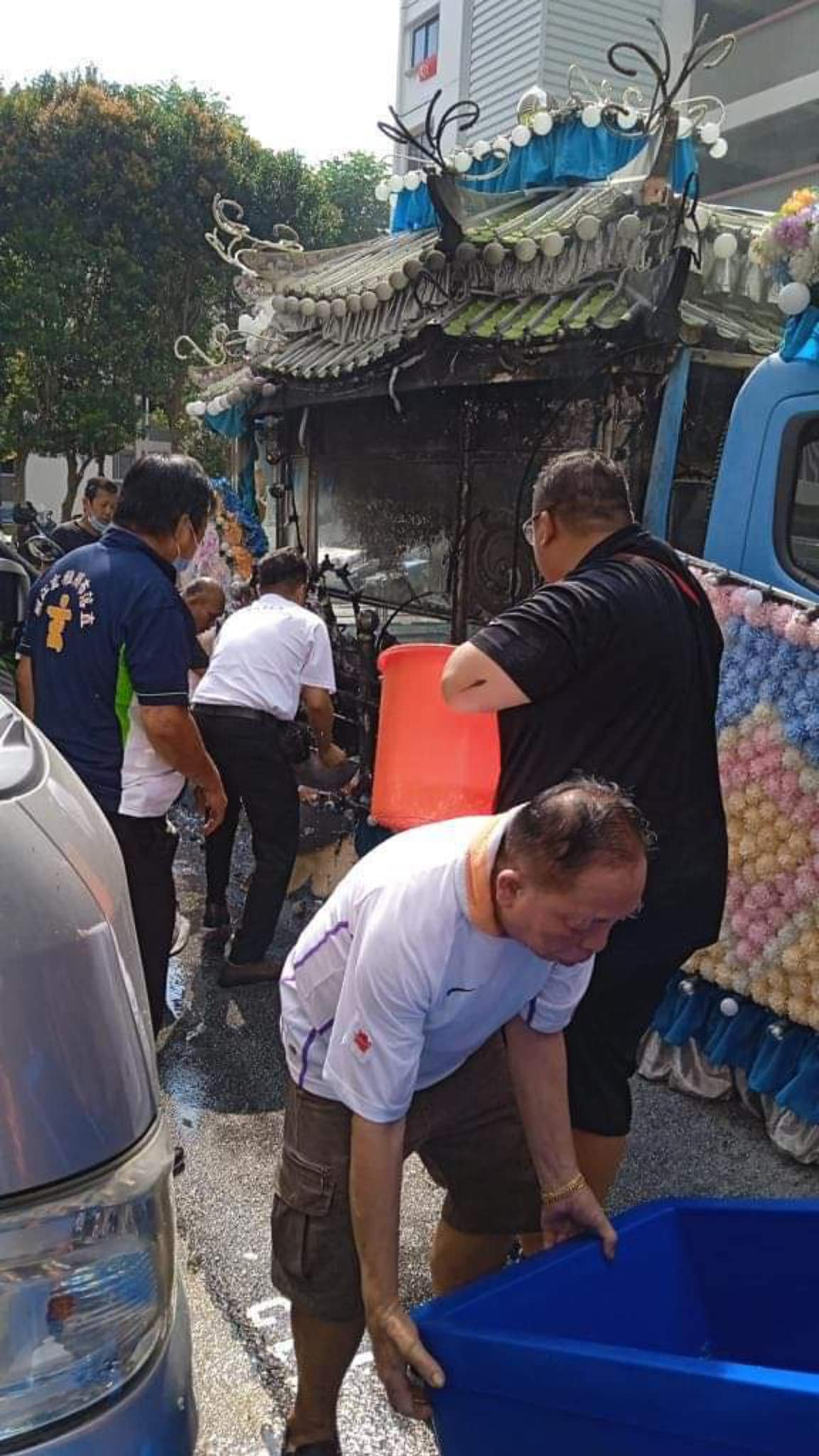 The cause of the fire is still under investigation, although SCDF confirmed that it involved items on the lorry.

Lianhe Zaobao reports that the incident occurred at around 3.50pm in an open-air car park near Block 313 Woodlands Street 31 on Tuesday (9 Aug), aka National Day. 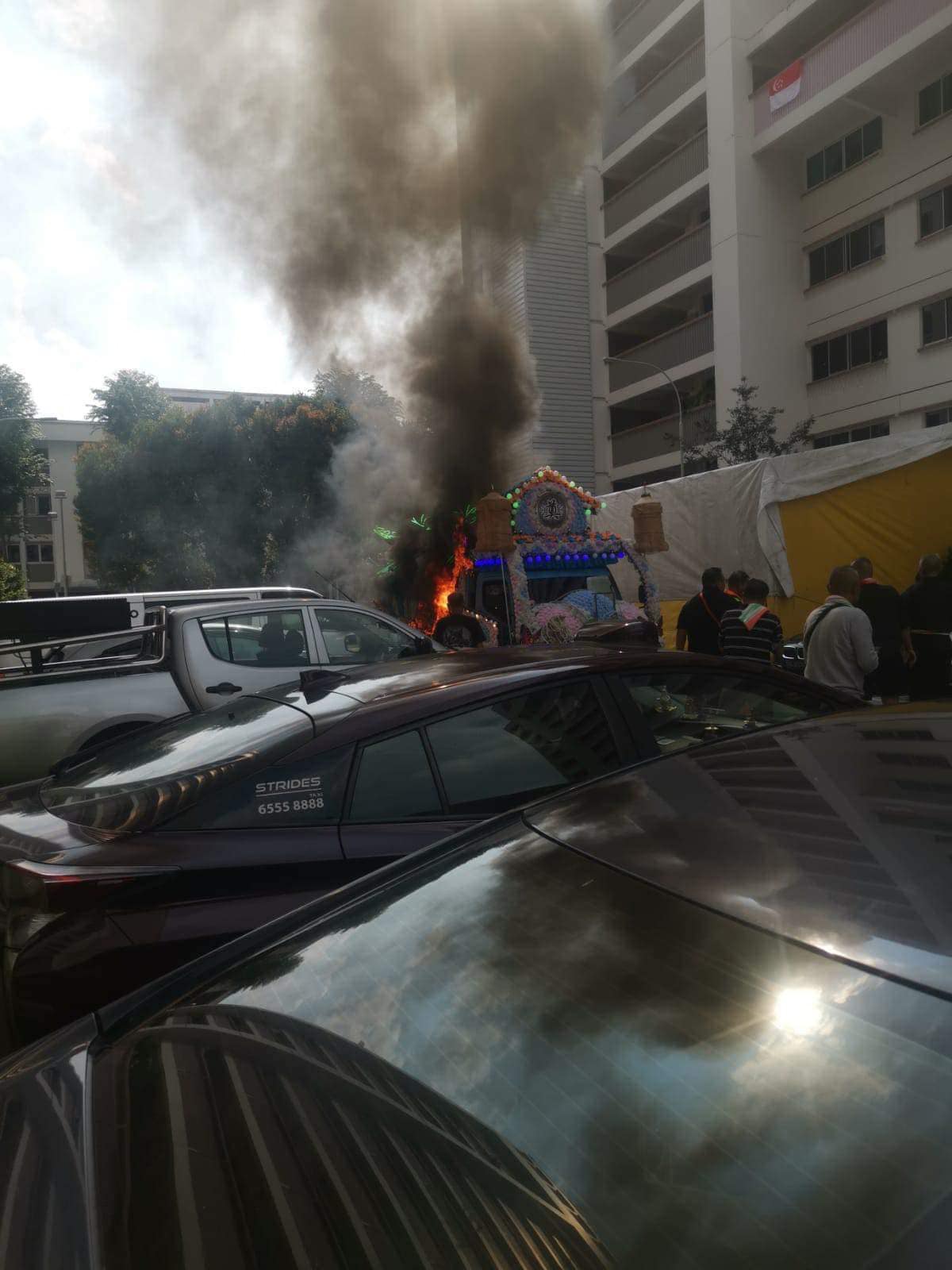 Videos on social media show the funeral hearse, decorated to look like a palace with flowers and lanterns, going up in flames.

Those in the area quickly retrieved buckets of water to help douse the fire.

SCDF firefighters then arrived and put the blaze out completely. 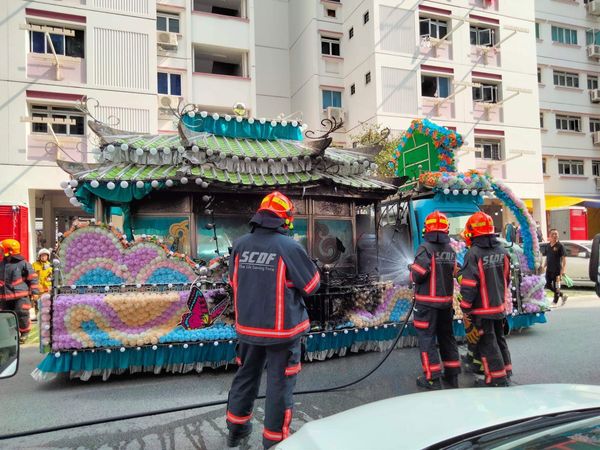 Fortunately, the casket was not loaded onto the hearse yet and no injuries were reported.

SCDF told Lianhe Zaobao that the fire involved items that were loaded onto the lorry. They added that the public had used multiple buckets of water to put out the fire because firefighters arrived at the scene.

The cause of the blaze is still under investigation.

While the cause of the fire is unclear, it is a relief to know that the casket wasn’t in the hearse yet.

Additionally, it’s fortunate that nobody was injured in the incident.

Kudos to those who helped put the flames out before firefighters arrived.

We hope that the deceased was given a proper send-off afterwards and that the funeral wasn’t too badly affected by the fire.