Gengar Plushie Has 1.7M Long Tongue So You Can Sleep In Its Mouth After Getting ‘Licked’

Will eat your nightmares away.

Gengar Plushie By Bandai Has 1.7M Long Tongue, Users Can Also Sleep In Its Mouth

Hardcore Pokémon fans would know that Gengar – the Ghost Pokémon – is a fearsome monster with a huge arsenal of attacking moves. 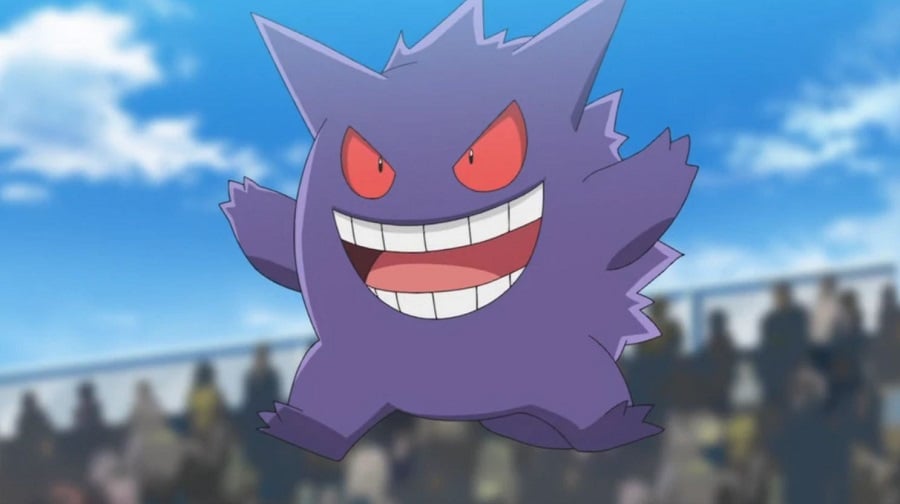 Its trademark moves, however, involves ‘licking’ opponents to sleep, and draining their energy using ‘Dream Eater’.

Recently, Bandai Japan launched an adorable Gengar plushie with a 1.7-metre tongue that rolls out like a futon — an apt tribute to the Gen 1 Pokémon that many of us grew up with. 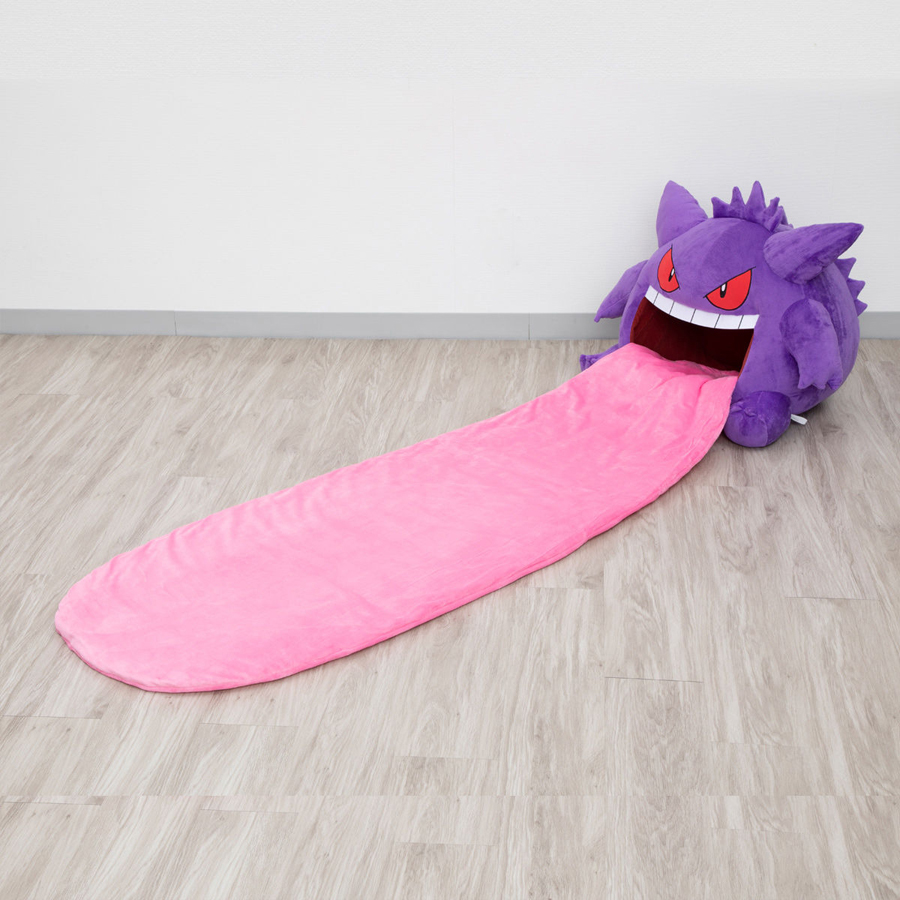 The plushie can also double as a pillow when users insert their heads inside its mouth.

Those haunted by nightmares of looming deadlines and other obligations can finally get their much-needed rest with the Gengar plushie. 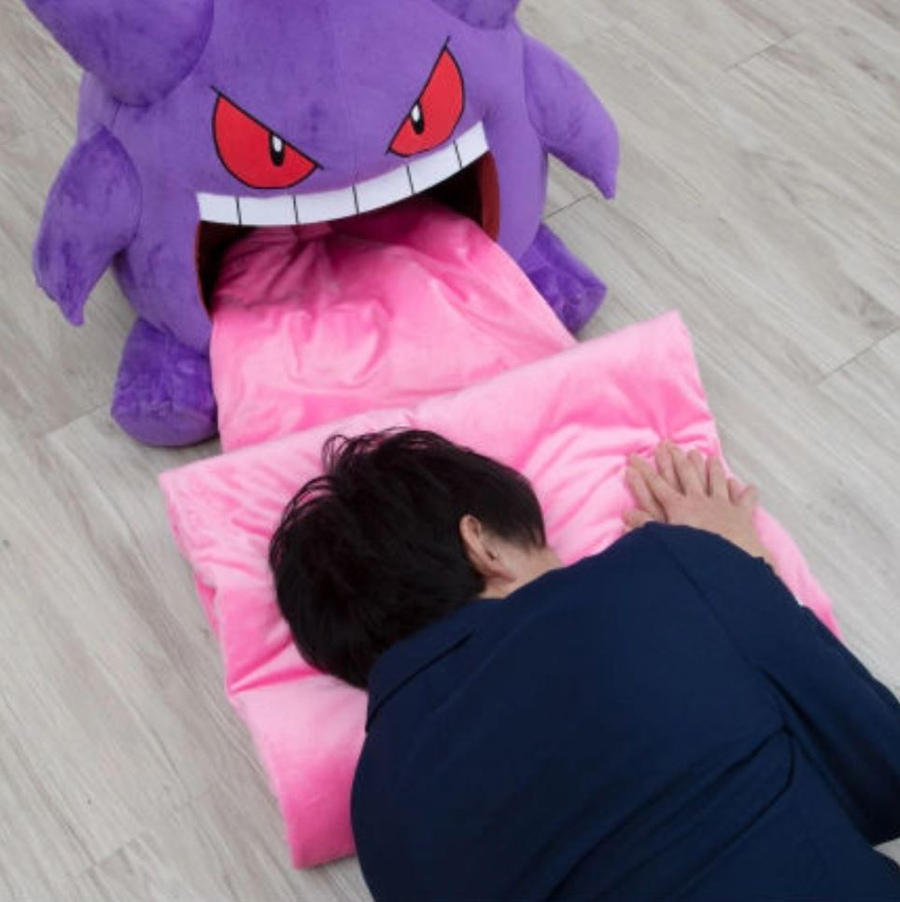 The Gengar plushie’s tongue is 1.7 metres long, so it can fully accommodate a sleeping human. 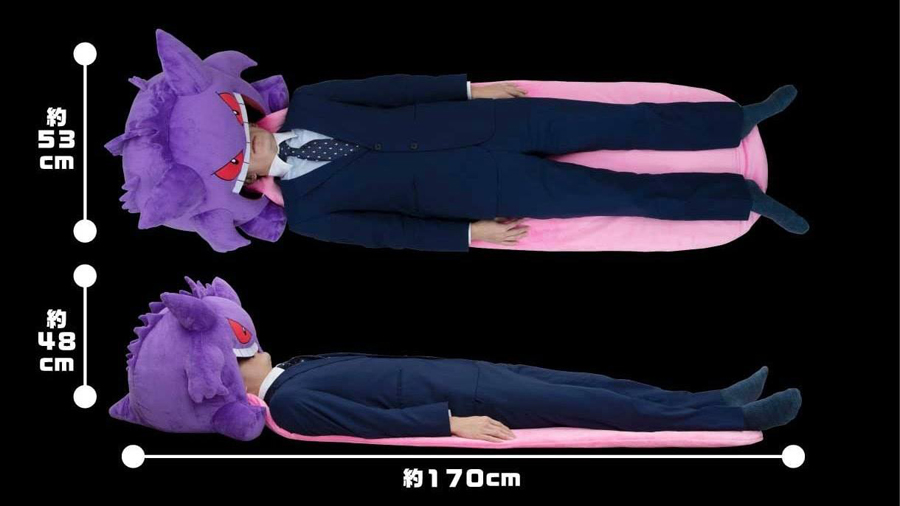 Users can simply put their head inside the plushie’s empty mouth if light impacts the quality of their sleep. Tired employees can also have a power-nap inside the plushie by placing it on the desk. We don’t recommend sleeping in this position though, especially if one’s extra prone to backaches. 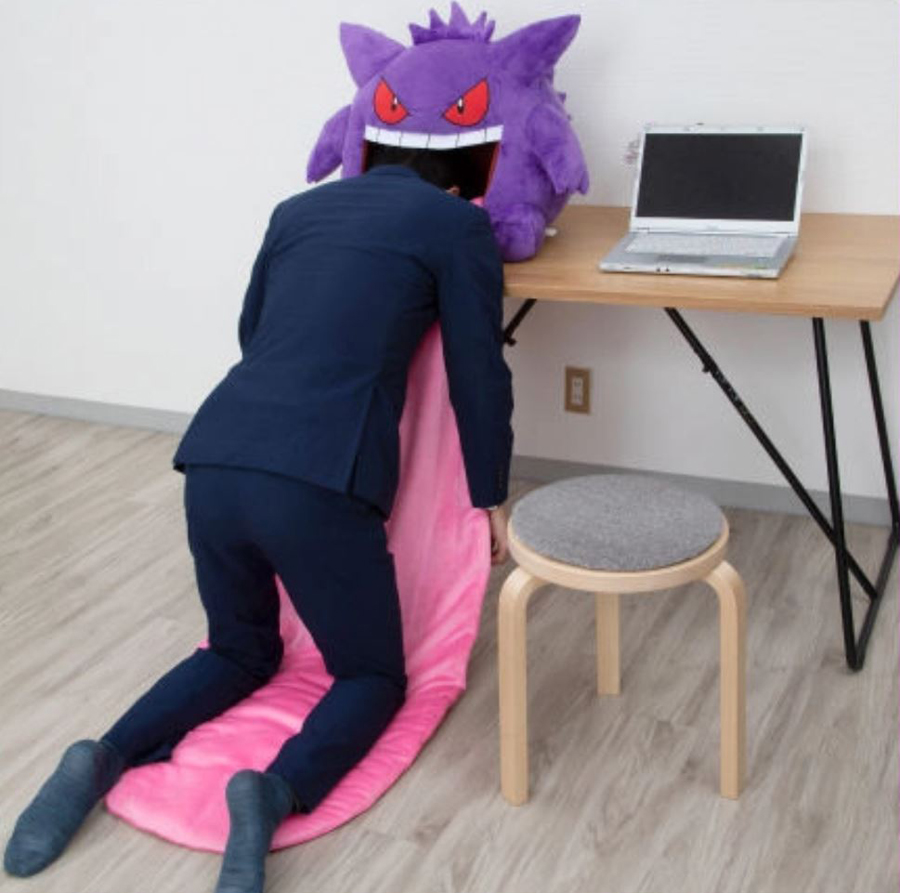 Alternatively, users can place it in their master bedroom and use the tongue as a snug blanket. 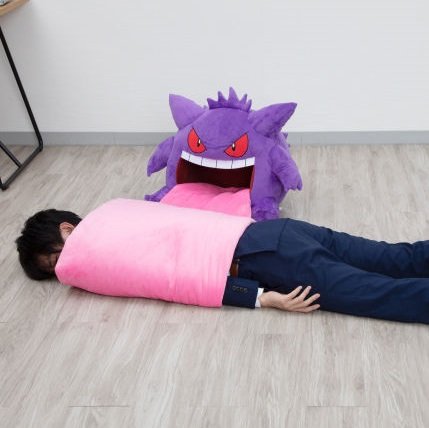 When not using it for sleep, Gengar also serves as a handy companion when placed on the office desk. 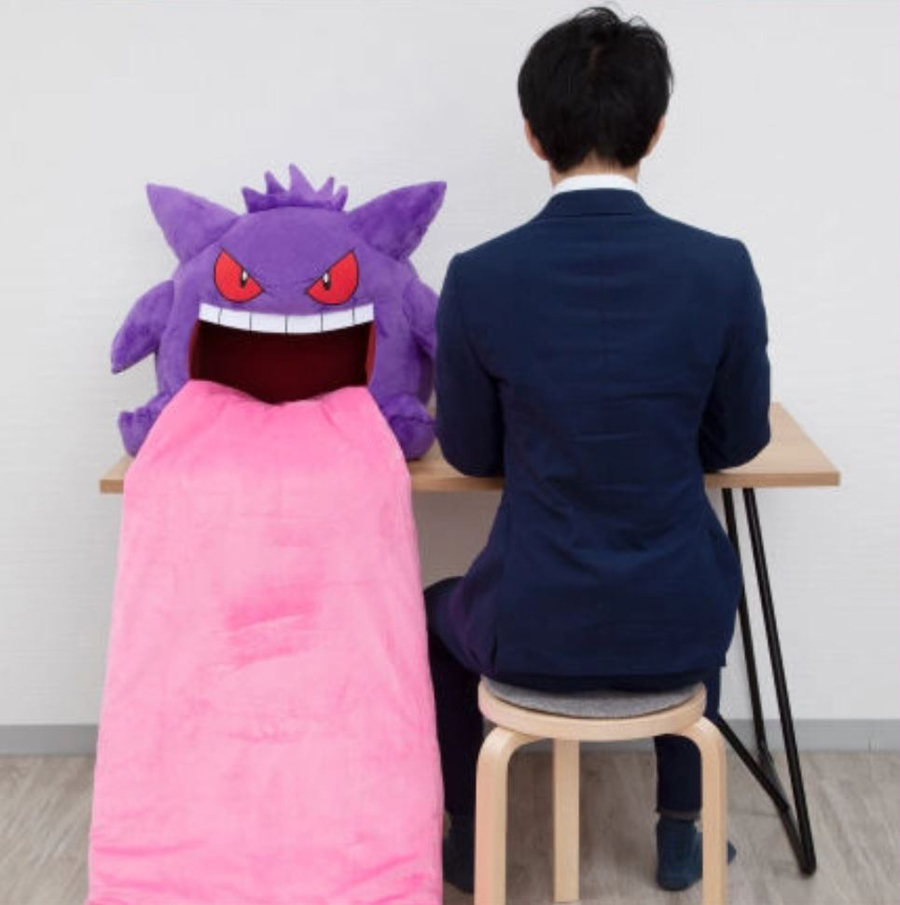 Futon you can bring anywhere

Unlike large sleeping bags, users can bring this compact Gengar futon everywhere they go by rolling the tongue and stuffing it back into the plushie. The chonky Gengar has menacing-looking spikes on its back, but we expect it to be as fluffy as the rest of its body. 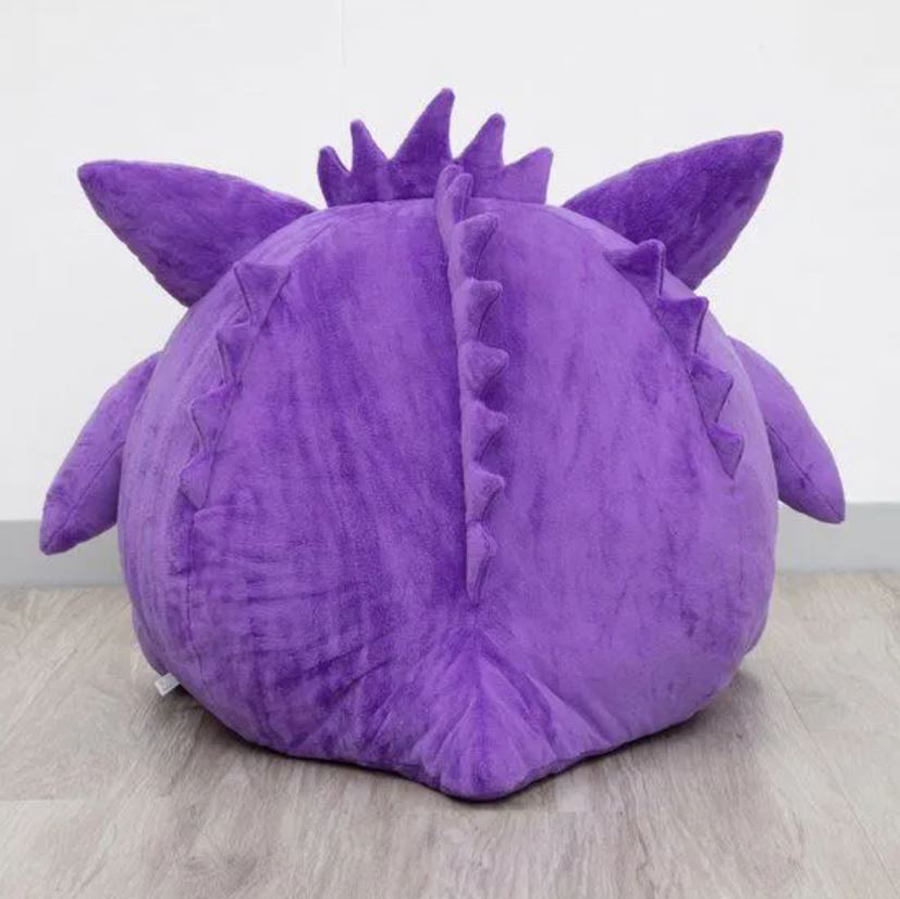 Everything we love comes at a price, but the cost of this Gengar plushie might very well be enough to intimidate you.

According to Pokeshopper, the Gengar plushie costs S$330.90 (¥25,950 yen) — easily comparable to a single-sized bed with a pillow and blanket. 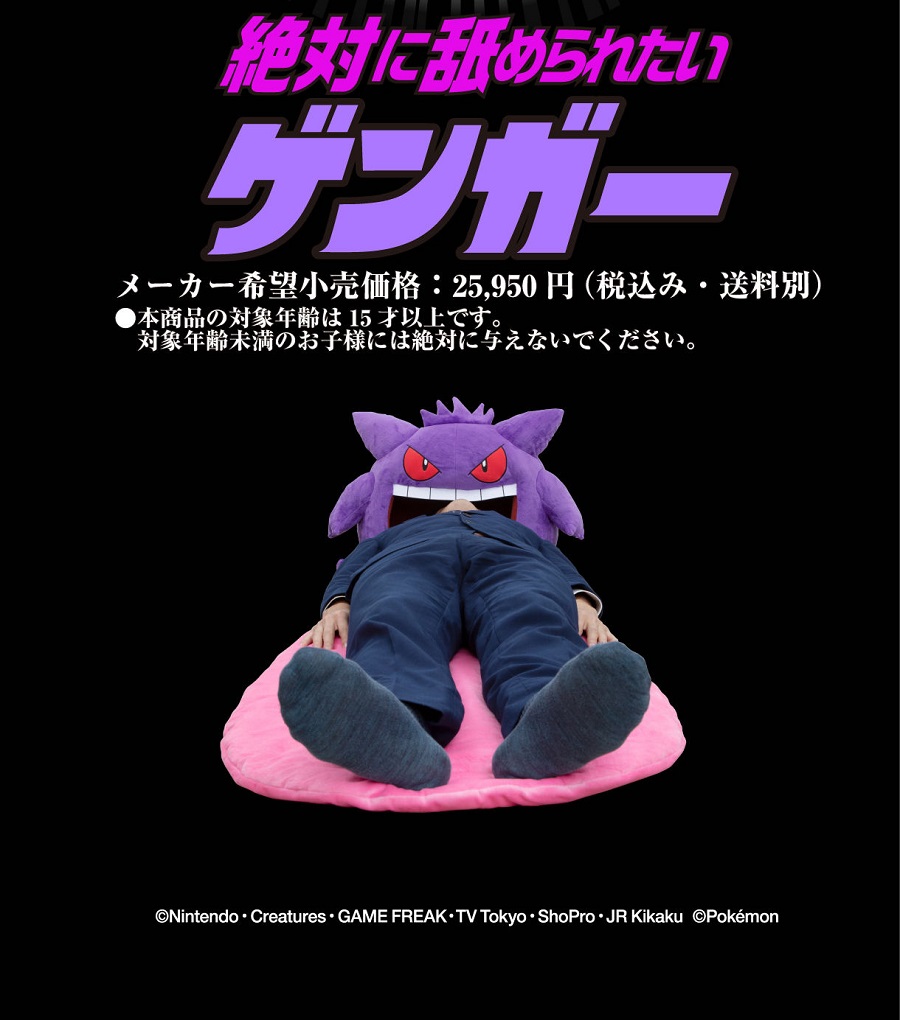 Despite the hefty price tag, it was sold out within 1 hour and 14 minutes.

In the meantime, let’s hope the Gengar plushie makes its way to the Pokémon Centre store in Jewel Changi Airport.

The cure to every Pokémon fan’s insomnia

This Gengar plushie isn’t just adorable but is also pretty innovative and practical too.

Know a Pokémon fan who has trouble sleeping? Tag them in the comments below, because a ‘lick’ from this Gengar is probably enough to cure whatever sleeping issues they’re plagued with.

Metapod Sleeping Bag Now In Japan, So You Can Hibernate Peacefully After WFH Hours