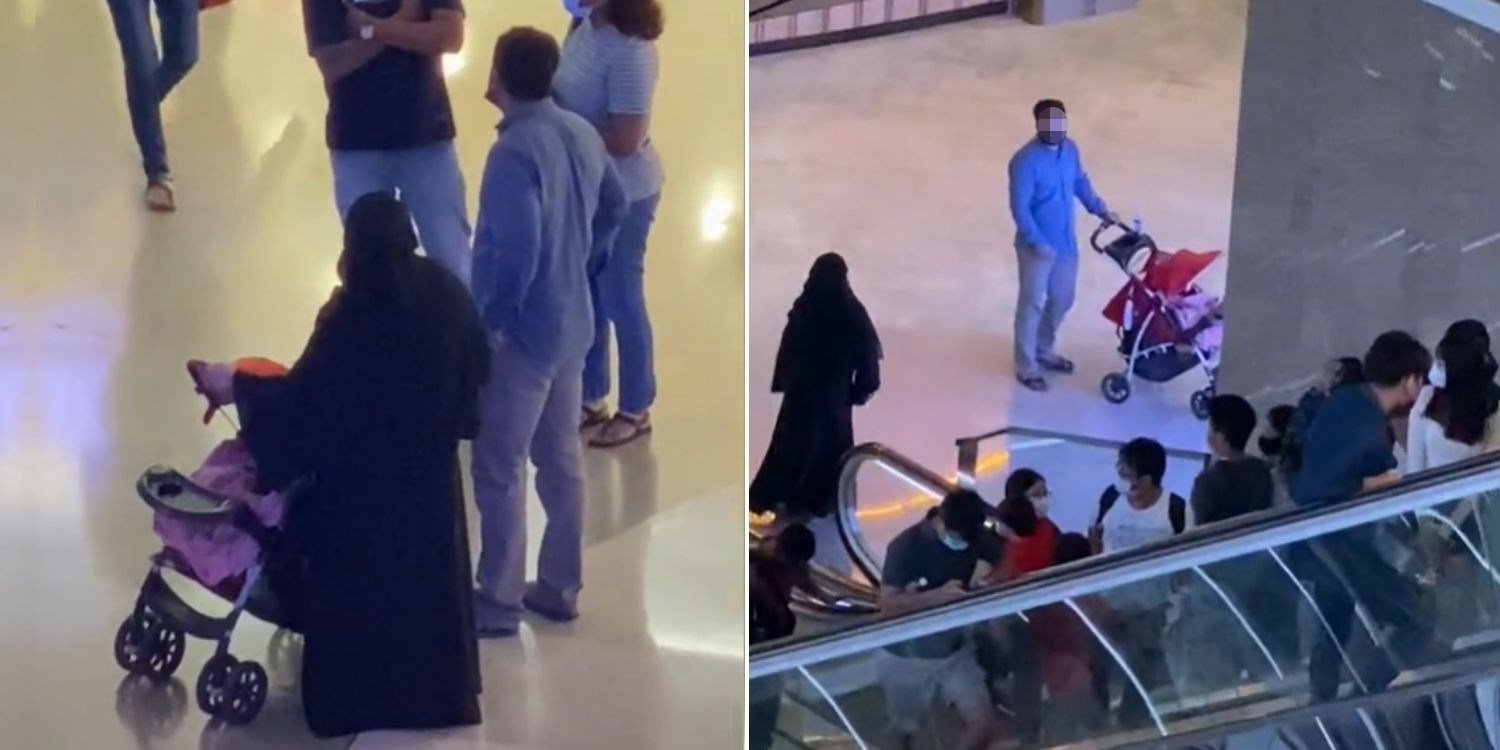 There are apparently 2 such couples in Genting that operate similarly.

When travelling to a foreign country, whether it’s our first time or not, we have to be on high alert as we may not be sure of the safety risks there. Visitors to Genting Highlands, in particular, may have to be wary of a possible new scam.

In a series of TikTok clips, a user shared about two couples who have allegedly been going around Genting Highlands requesting money, claiming they had misplaced their bag.

The TikTok user later claimed that she had spotted the ‘missing bag’ in a baby stroller that one couple was pushing around.

After her own encounter with them, the user urged other visitors to be vigilant and not to fall prey to their scheme.

Alleged scammers at Genting Highlands claim they misplaced their bag

On Sunday (22 May), TikTok user @hudanadiah_ posted a clip recounting her experience with the alleged scammers.

According to the video caption, one of the two couples had approached her family, asking for money. 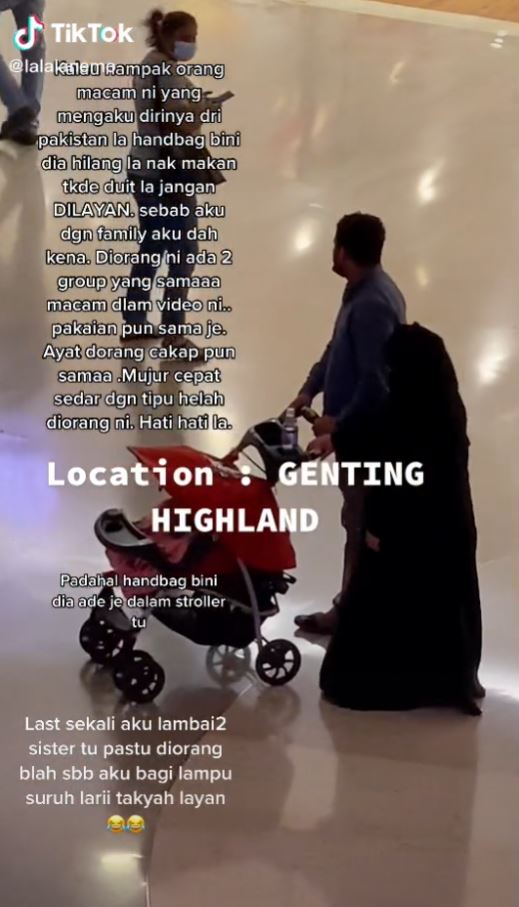 The husband, whom the OP describes to be of Pakistani descent, apparently told them that his wife had lost her handbag and that they did not have enough money to buy food.

Thankfully, the user noticed a handbag in the basket of the baby stroller that the couple was pushing around, and presumably avoided falling prey.

She claimed that there were two such couples who operated in a similar fashion in Genting Highlands.

In a follow-up video, the user alleged that the couple had instructed their child to cough loudly in order to get passers-bys’ attention. 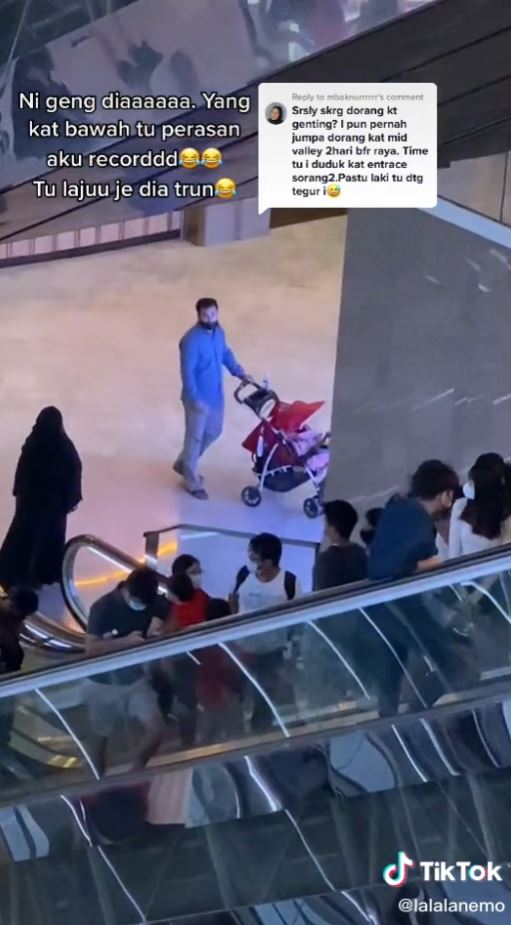 By sharing her experience, the TikTok user hopes other visitors would be more vigilant while in Genting Highlands and not fall prey to similar schemes.

Couple allegedly spotted at other places too

The initial TikTok video soon went viral, amassing more than one million views at the time of writing.

Viewers started commenting about their own experiences, claiming that the same couple had approached them in other parts of Malaysia.

One user shared about her alleged encounter with the couple at Mid Valley Megamall, Kuala Lumpur, two days before Hari Raya Puasa. She thus expressed her shock at how quickly they ‘changed base’.

Another user claimed her boyfriend had crossed paths with one of the couples a week ago in Bukit Bintang and requested S$156 (RM500).

Speaking to Sin Chew Daily, a Pahang State Police spokesperson said they have not received any reports involving foreign couples running scams. Nonetheless, he urged others to be wary of scams that “use compassion to deceive”.

Hope tourists will be aware of alleged scam

Considering how popular Genting Highlands is among tourists, alerting visitors of potential safety risks is important.

If you plan on travelling there over the June holidays, this is perhaps something you should be wary of.

Know anyone making a trip there over the coming weeks? Tag them in the comments so they’ll know about this alleged scam.

Featured image adapted from @hudanadiah_ on TikTok and TikTok.