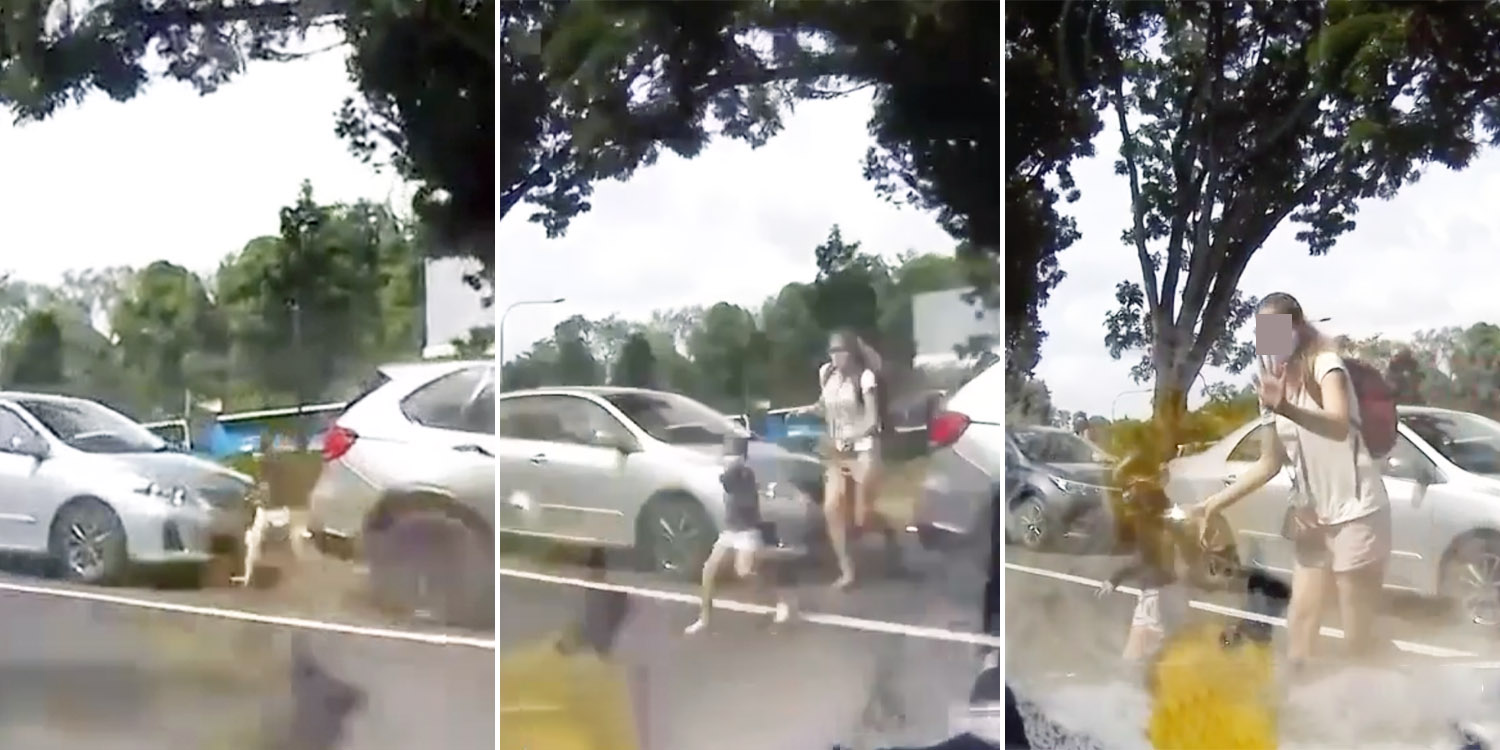 Her mother apologised several times to the driver.

As kids, our parents will often remind us to look both ways before crossing roads. However, energetic children sometimes get overly excited and forget to do so.

On Saturday (11 Dec), a girl dashed across Dempsey Road without checking for oncoming traffic.

At that moment, a car was turning into the road. Thankfully, the driver jammed on the brakes in time, preventing an accident.

On Monday (13 Dec), Facebook page ROADS.sg shared a video of the incident on 11 Dec.

At around 11am, the driver was travelling from Holland Road to get to Dempsey Road.

As they were about to turn in, the girl ran between 2 cars waiting to turn out and looked as if she was ready to dash across the driver’s lane.

She stops just in time, just as the driver slams on the brakes to avoid her.

A woman, likely the girl’s mother, also came running behind her, stopping her from dashing across.

The mother then guides the girl across the road as she raises a hand in apology to the driver. She could then be seen gesturing to her daughter as if chiding her about recklessly charging across the road.

Another little boy then followed behind them on a scooter.

Extremely apologetic about the incident, the mother made another apologetic hand gesture to the driver before going off with her kids.

Driver reminds others to be careful at junctions

In ROADS.sg’s Facebook post, the driver said they were lucky they managed to stop in the nick of time.

They also reminded all drivers to be extra careful at dangerous junctions, just like this one near Dempsey Hill.

They said young children in the vicinity might run around, seemingly out of nowhere, without proper accompaniment by parents.

Reminder for parents to keep a close eye on children

We’re glad the driver was vigilant and could stop their car in time before the unthinkable happened.

This incident is a good reminder for drivers to be alert when navigating busy junctions.

It also serves as a lesson for parents to be extra watchful and keep a close eye on their children when crossing roads.