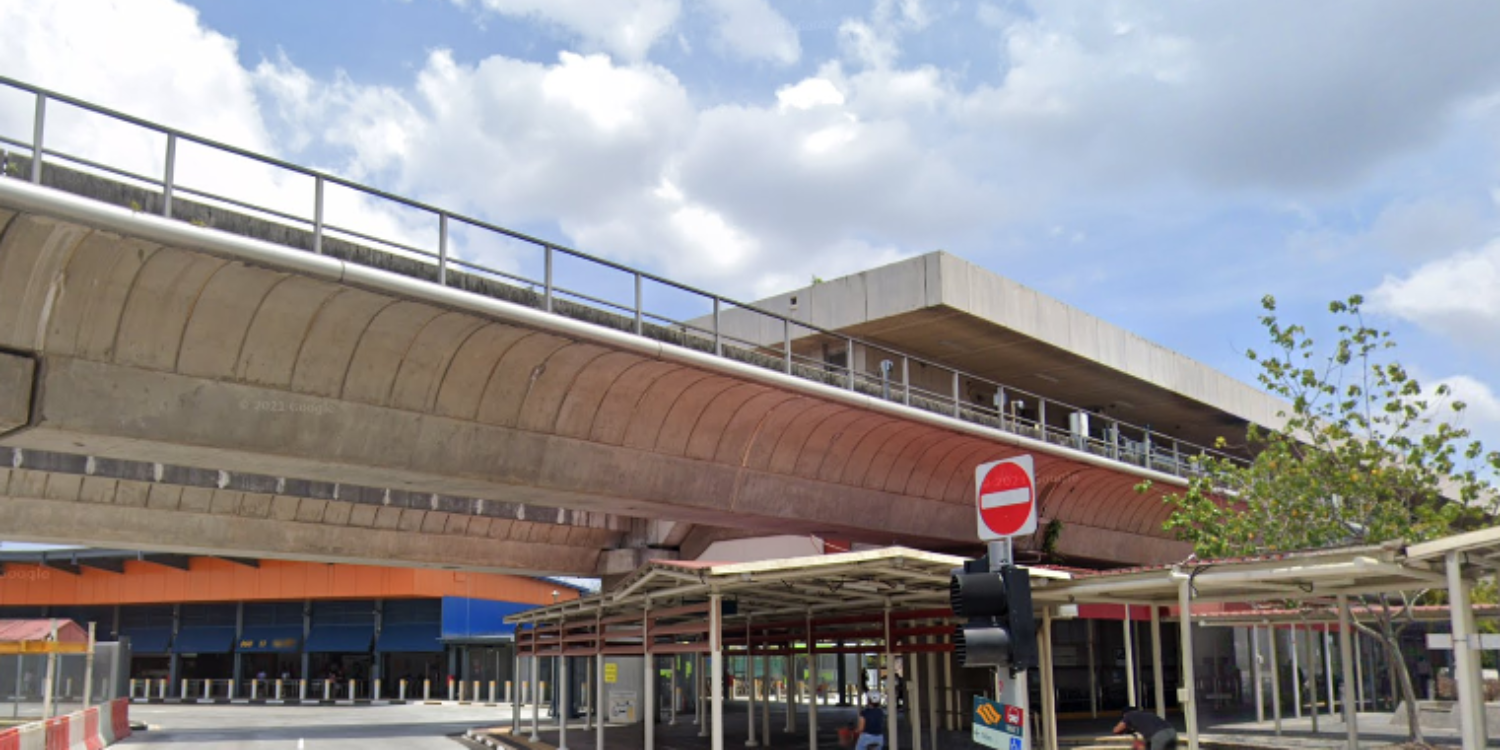 A track intrusion is highly dangerous for not only the intruder but also the driver and passengers on the train.

At around 2pm on Monday (2 Aug), a female commuter was seen allegedly standing on train tracks close to Yio Chu Kang MRT station.

Images and videos shared by @sgfollowsall on Instagram showed the scene at the MRT station.

Thankfully, the girl was apparently rescued within minutes and train services resumed soon after.

At around 2pm, @sgfollowsall shared several images and videos of a commotion at the station on the North-South Line.

A female commuter can be seen perched on the edge of the train tracks. Meanwhile, someone who appears to be an SMRT station staff was seen on the phone.

Another video taken from ground level depicted the precarious scene.

Another person can be seen approaching the girl, although the video ends before any visible resolution.

In a subsequent video, the caption announced that the girl had been rescued. 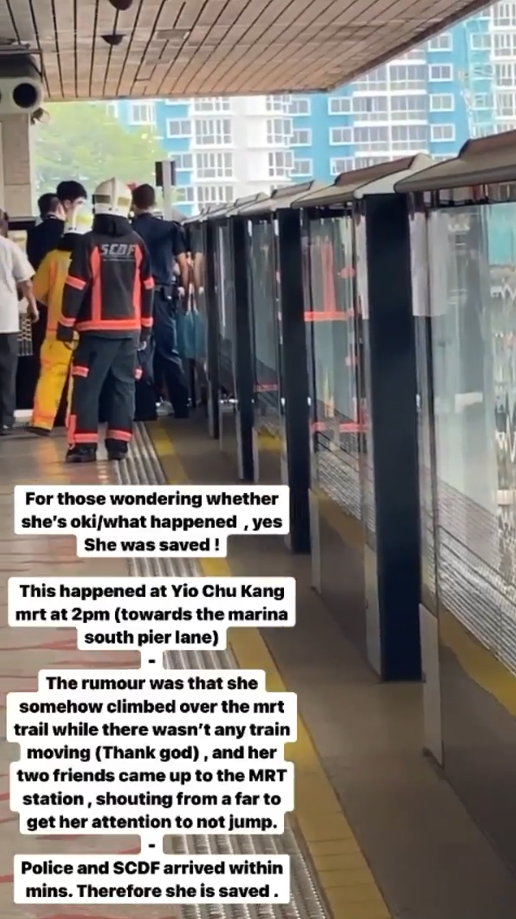 In the image, SCDF and SPF officers can be seen on the platform. Although there is a rumour attached to the video, we cannot independently confirm that this was the timeline of events that took place.

SCDF told MS News that it was alerted to an incident at 3000 Ang Mo Kio Avenue 8, where Yio Chu Kang MRT station is located, at about 1.55pm.

An SCDF paramedic assessed a person, and they were not conveyed to the hospital.

According to TODAY Online, the female commuter was brought to safety and apprehended under the Mental Health (Care and Treatment) Act.

She was also arrested for criminal trespass. Investigations are ongoing.

SMRT confirmed that there’d been a track intrusion at Yio Chu Kang MRT station and train services on the North-South Line were stopped. 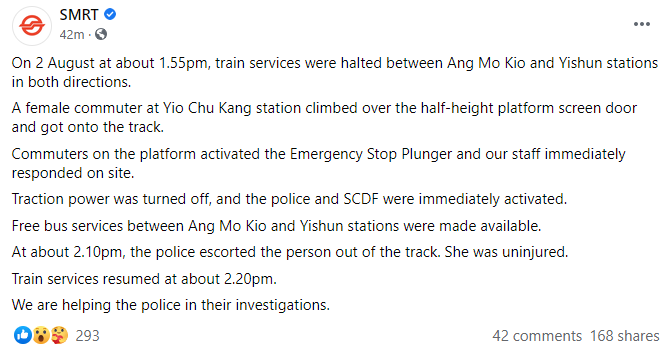 Commuters had spotted the girl on the track and activated the Emergency Stop Plunger. SMRT staff then responded to the incident as police and SCDF were called.

By 2.10, the girl was escorted off the track by police. SCDF assessed that she was uninjured.

At around 2.20pm, services had resumed on the NSL. SMRT said they’re helping police with investigations.

Thankfully, the girl was uninjured

Thankfully, the girl was rescued and for now, we hope that she can get the help she needs.

If you require any emotional or psychological support, you can reach out to the National Care Hotline at 1800-202-6868 (8am-12am daily) or other hotlines here.