Must Share News – Independent News For Singaporeans
Home Viral Facebook Vets In UK Save A Golden ‘Exotic Bird’ But Find Out It’s... 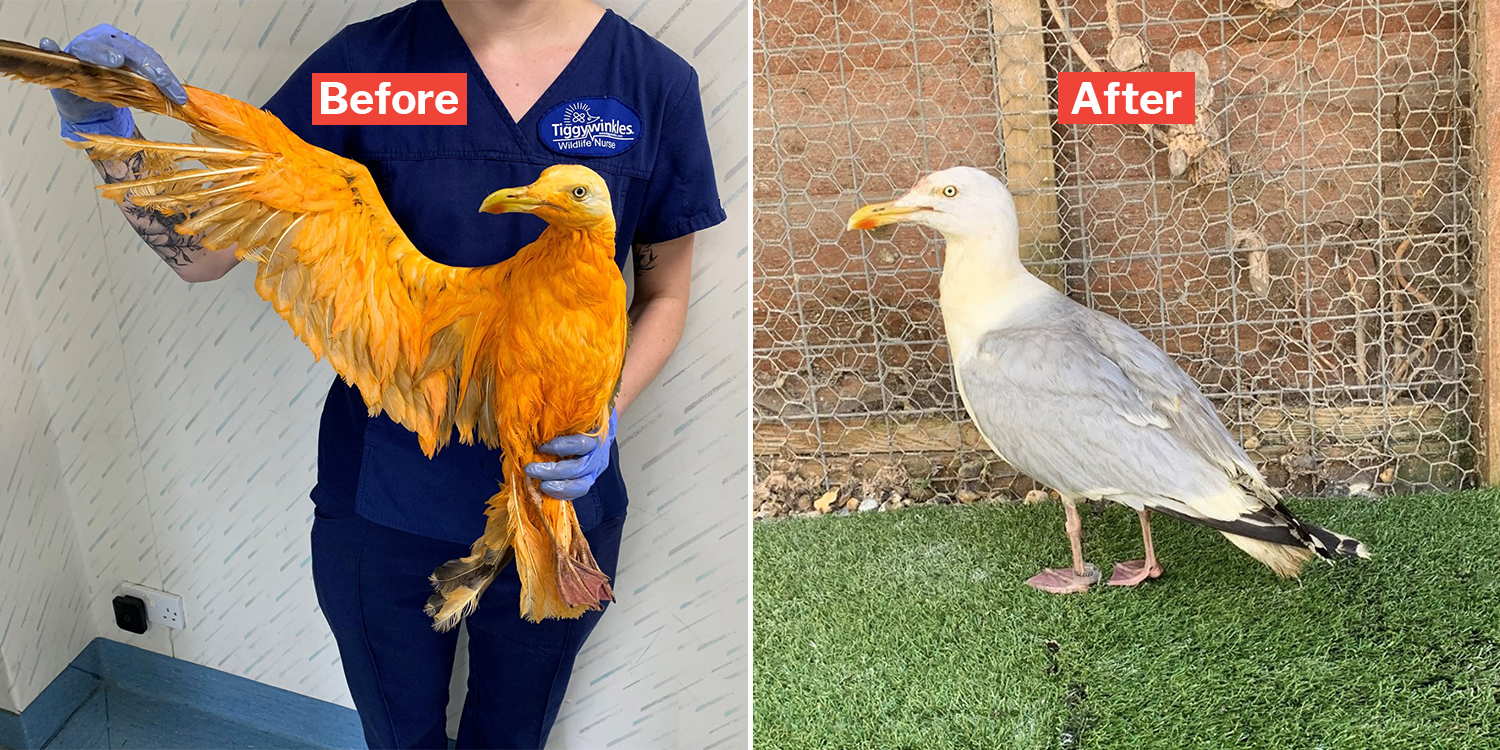 If you find an injured seagull, would you bring it to the vet? Chances are, you will, especially if it looks like an exotic breed.

Such was the case for a ‘golden seagull’ that was rescued by kind Samaritans in the United Kingdom (UK).

According to Tiggywinkles Wildlife Hospital, members of the public rescued a bright-orange bird after they spotted him at the side of the road. Thinking he could be an exotic bird, they alerted the hospital to save him. 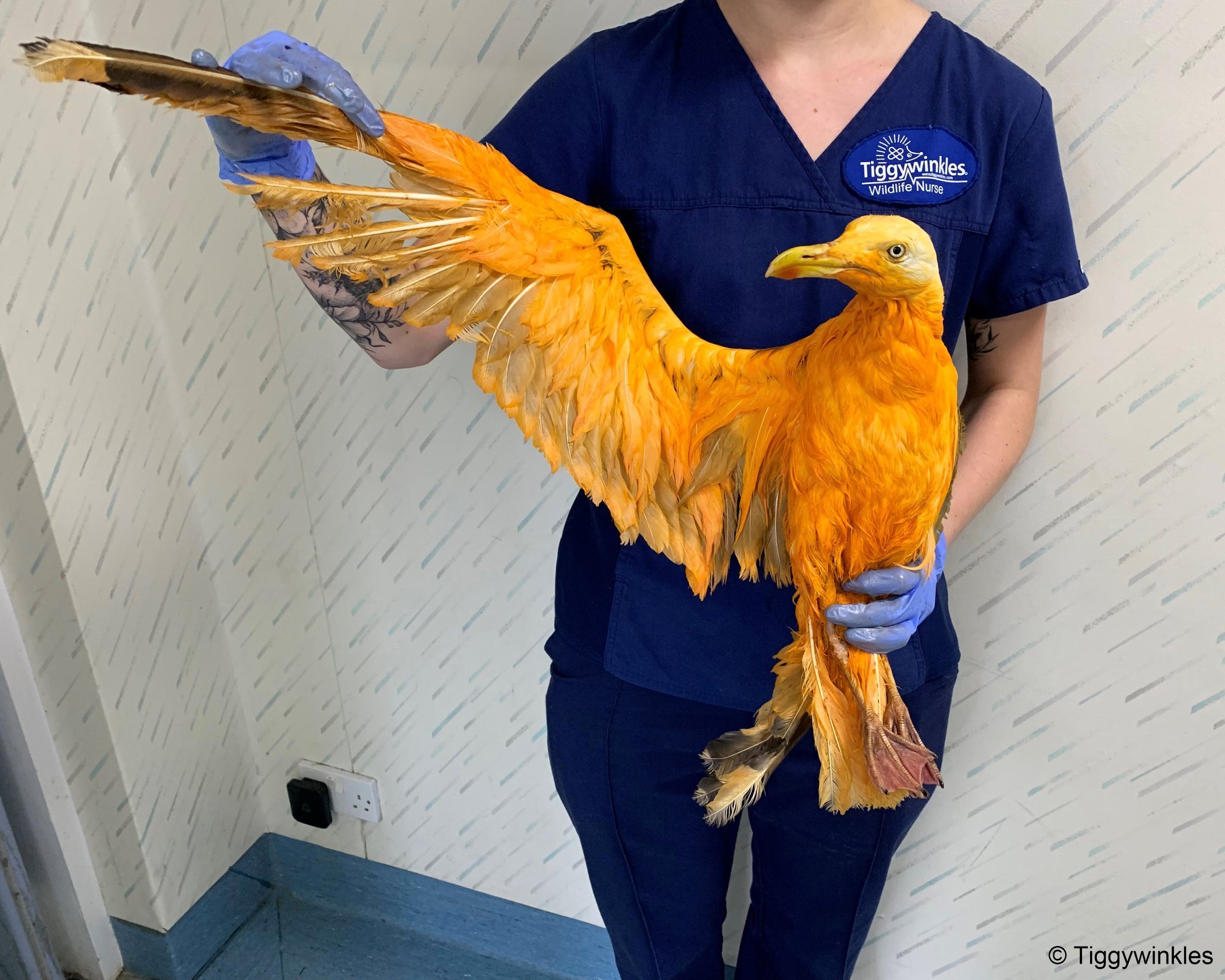 However, the hospital’s veterinary team found that it was just a herring gull covered in curry.

Tiggywinkles Wildlife Hospital wrote that they had no idea what to expect when they received a call regarding an orange bird.

It turns out that the so-called orange bird was a seagull covered in either curry or turmeric, which explains the golden-coloured feathers.

They noted that the bird couldn’t fly properly because the spices in question covered his feathers.

The veterinary team “bravely” gave Vinny a bath and cleaned his feathers. He is seen being in the grasps of the team, having his body scrubbed clean. 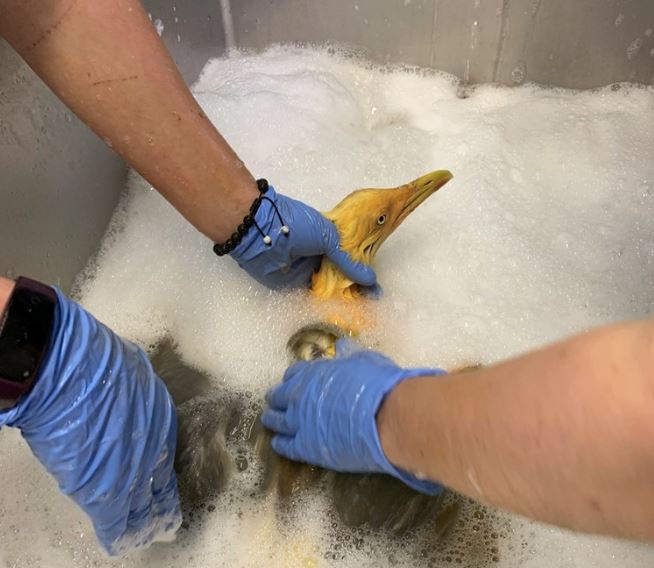 However, the team couldn’t find out how Vinny had landed himself in an orange mess in the first place.

Now that Vinny is all squeaky clean, the team said he was “looking much better” and that they can release him into the wild soon. 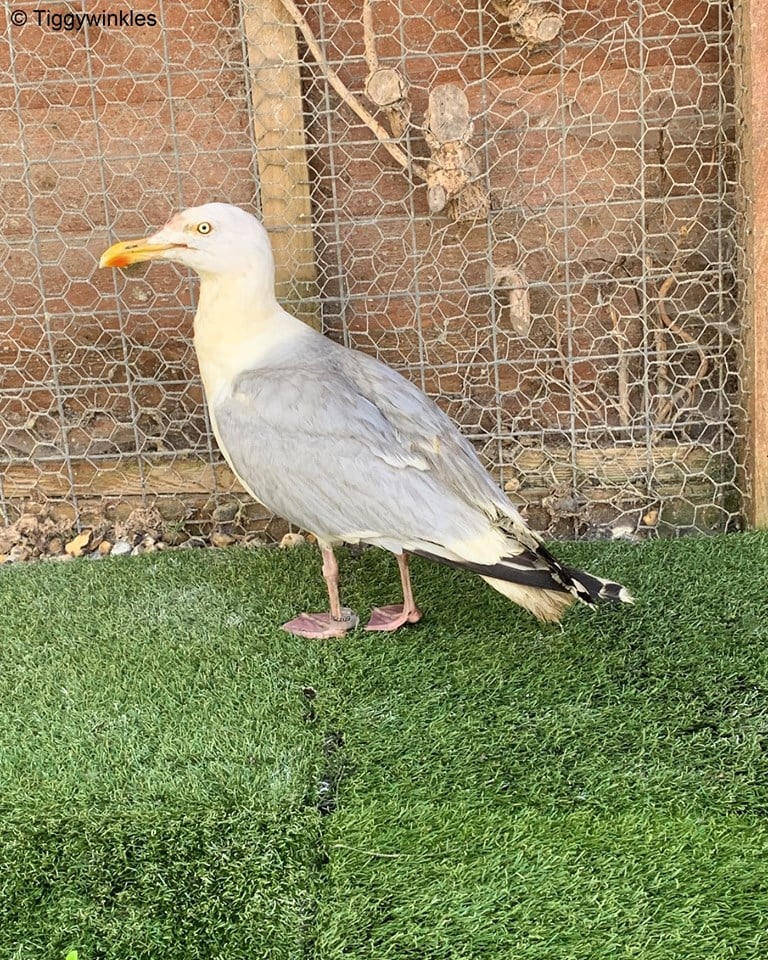 There’s never a dhal day working in wildlife rescue. Hopefully, Vinny can stay out of trouble, and curry powder, for good.