Thankfully, it didn't happen on a busy weekend.

UPDATE (26 Apr): BCA has instructed that the affected area directly below the fallen ceiling be cordoned off for safety.

They also told the building owner to appoint a professional engineer to inspect the ceiling structure, as well as to carry out the rectification measures recommended. You can read their full statement below.

The weekend is prime time for meetups, especially over delectable meals.

Unfortunately for visitors in search of a meal at Golden Mile Complex, things took an interesting turn when part of a ceiling collapsed at around 6pm on Friday (23 Apr). 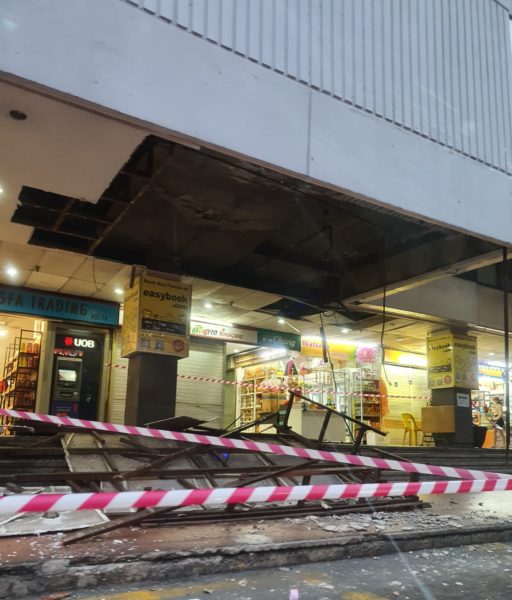 Thankfully, there were no injuries as a result of the collapse.

According to a netizen, the incident happened near a high-traffic part of the building, where many mall-goers would enter from. 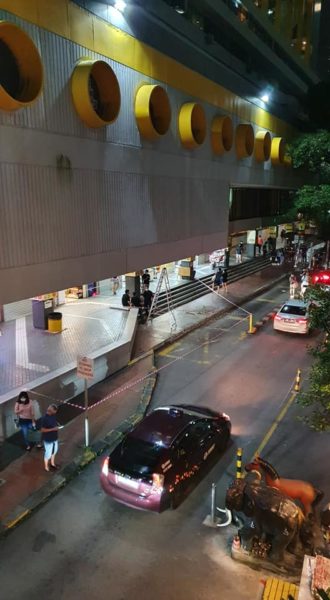 The SafeEntry gantry to the mall is located mere footsteps away from the scene.

Infrastructure failures are not uncommon these days but it is still surprising to see when it happens.

A closer look at the exact spot reveals debris like tiles and steel fixtures scattered everywhere. According to The Straits Times, no injuries were reported and SCDF was not activated to any incident at the mall.

Other pictures shared by a netizen show workers seemingly clearing up the area as night fell. 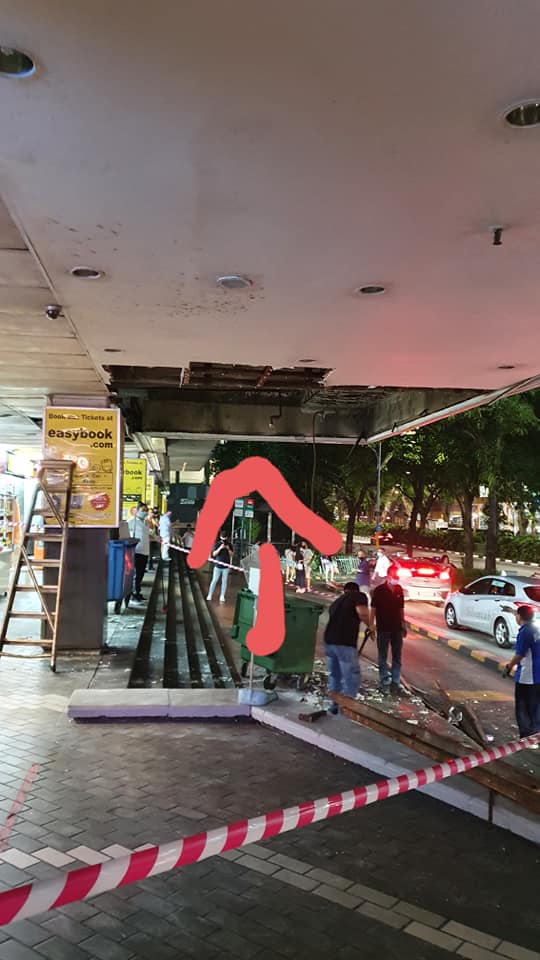 Subsequent images then show the area clear of debris, though it remained cordoned off, likely to ensure the safety of the public. In response to queries from MS News, the Building & Construction Authority (BCA) said:

BCA Engineers were at the site to check the incident at Golden Mile Complex on 24 April where a false ceiling had fallen near the entrance of the complex.

Our Engineers observed that the anchor rivets holding the steel hangers and timber frame of the false ceilings have dislodged from the supporting concrete slab above. There is no damage to the main building structures.

As a safety measure, BCA has instructed that the affected area directly below the fallen false ceiling to be cordoned off.

BCA has instructed the building owner to appoint a Professional Engineer (PE) to carry out a detailed investigation of the incident, inspect and assess the condition of the ceiling structure, as well as to carry out permanent rectification measures as recommended by the PE.

Incidents such as these could happen at any time and unfortunately, there is not much we can do to avoid it.

The only precautions that can be taken are on the part of the building’s management, who should do their due diligence in conducting regular maintenance checks.

As for the rest of us, let’s be vigilant by checking our surroundings and reporting any possible structural issues if we spot them.

Have news you must share? Get in touch with us via email at  hello@mustsharenews.com.