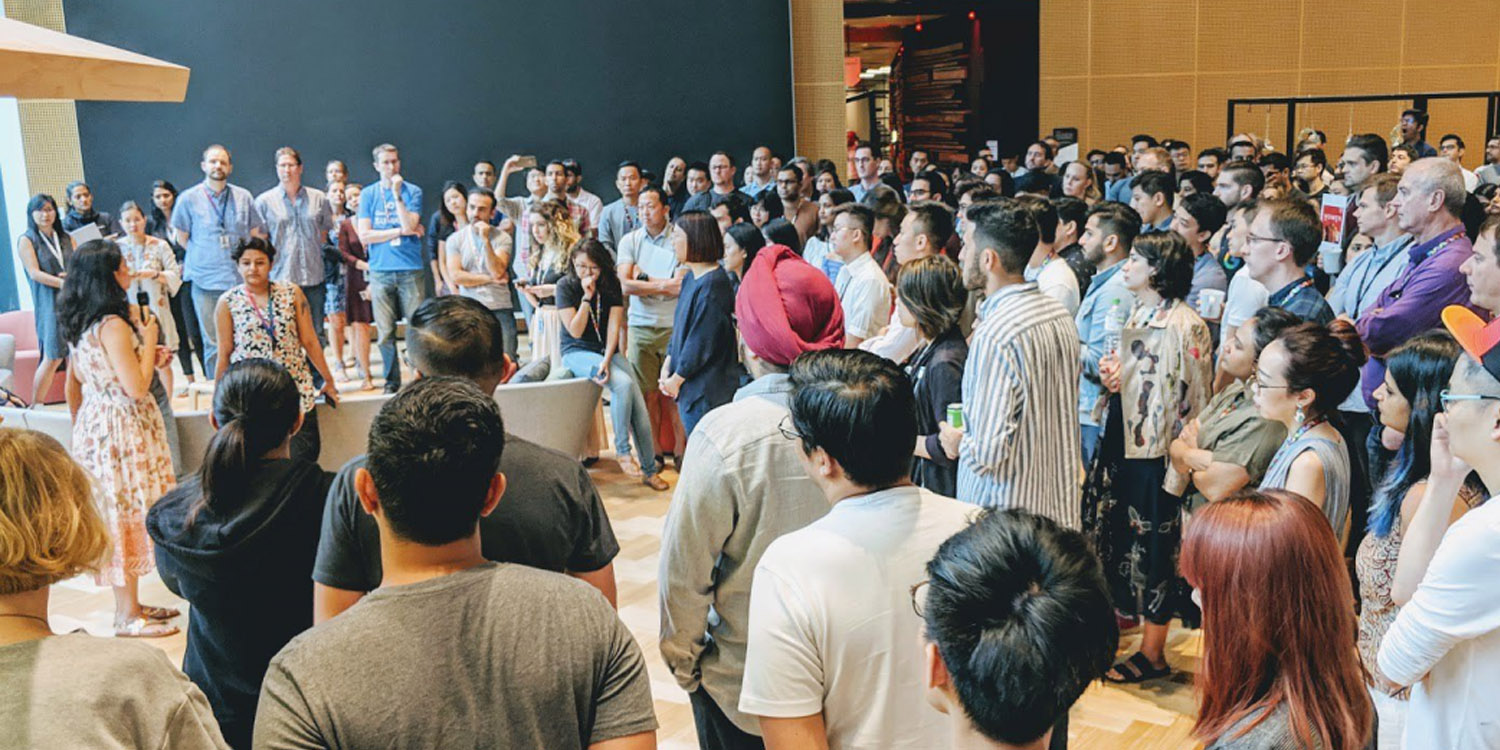 Google employees all over the world staged walkouts to protest sexual harassment, misconduct and lack of transparency in the workplace on Thursday (1 Nov).

Thousands of employees in London, Sydney and New York walked out of their offices at 11.10am local time.

An online rumour claimed that the walkout started in Singapore, but proving that has been difficult.

Employees in Singapore first to walk out of Google office here

The rumour started when BBC reporter Dave Lee tweeted this picture on Thursday. It shows employees, presumably from Google Singapore, gathered in an open area.

The first of many coordinated #GoogleWalkout protests has begun – this is at the firm’s office in Singapore. (Pic via https://t.co/h44RZYGGHV ) pic.twitter.com/QeFgmPbHnN

Countless news outlets have since published this photo. But here’s the catch.

The Instagram link to the original post of the picture doesn’t work, which makes us question the image’s authenticity.

The Twitter account for the walkout, Google Walkout For Real Change, shared images from walkouts in different cities but didn’t mention Singapore. 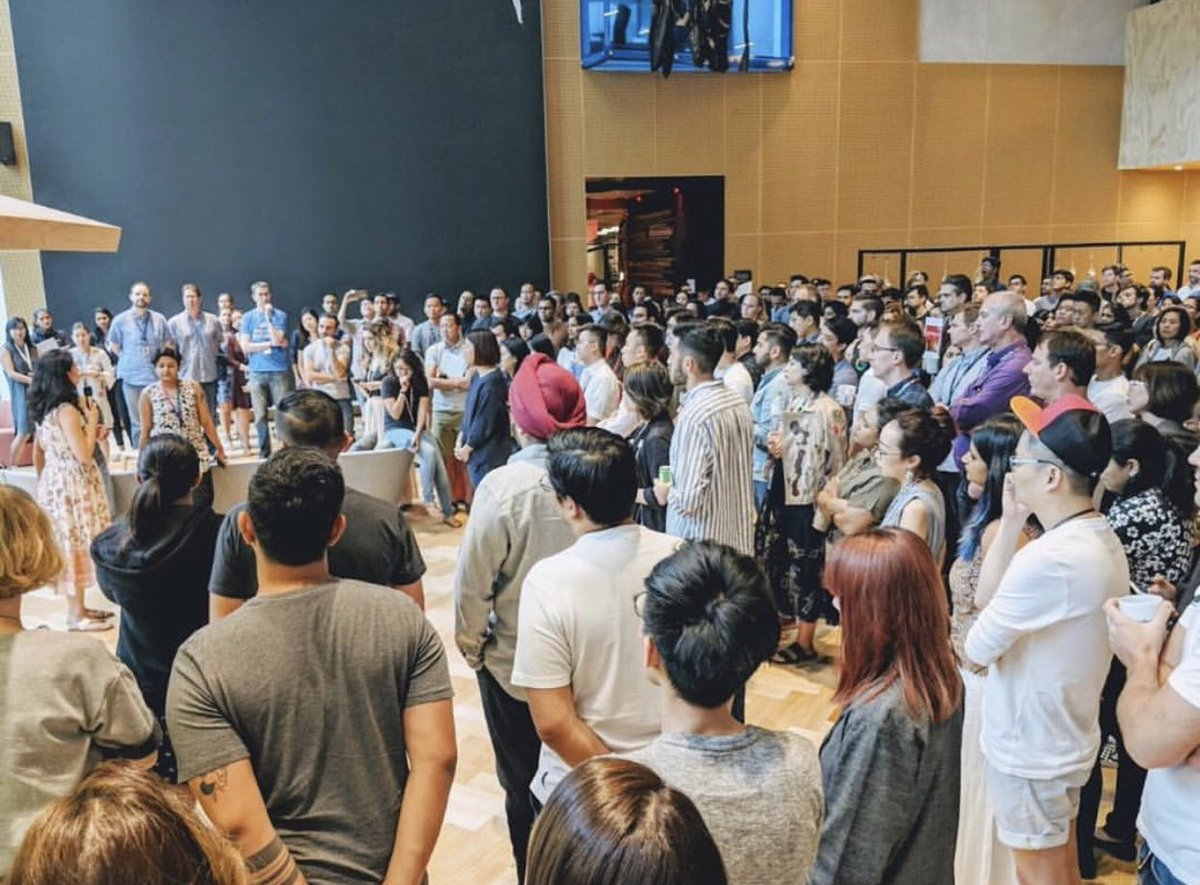 MS News has reached out to Google for comment.

The Google walkout was a response to an article alleging that Google paid Android founder Andy Rubin USD90 million (S$124 million) to leave the company on account of sexual misconduct.

The article claimed that this was the third time Google paid millions of dollars to male executives and kept quiet about their transgressions.

He confessed that Google didn’t live up to the high standards it had set for itself and expressed support for the walkouts.

He also pointed out that the incidents written about in The New York Times “were from a few years ago” and that Google has “evolved as a company”. Mr Pichai debunked The New York Times’ allegations by stating that Google has terminated 48 employees, of whom 13 were senior managers, without paying them exit packages of any sort.

Last workplace protest in Singapore was in 2012

171 SMRT bus drivers from China went on strike on 26 November 2012 to protest against unfair pay and poor living conditions. This was the first strike here since the Hydril strike in 1986.

PRC drivers on the morning shift refused to leave a Woodlands dormitory for work. Drivers from a Serangoon dormitory and the afternoon shift joined them soon after. 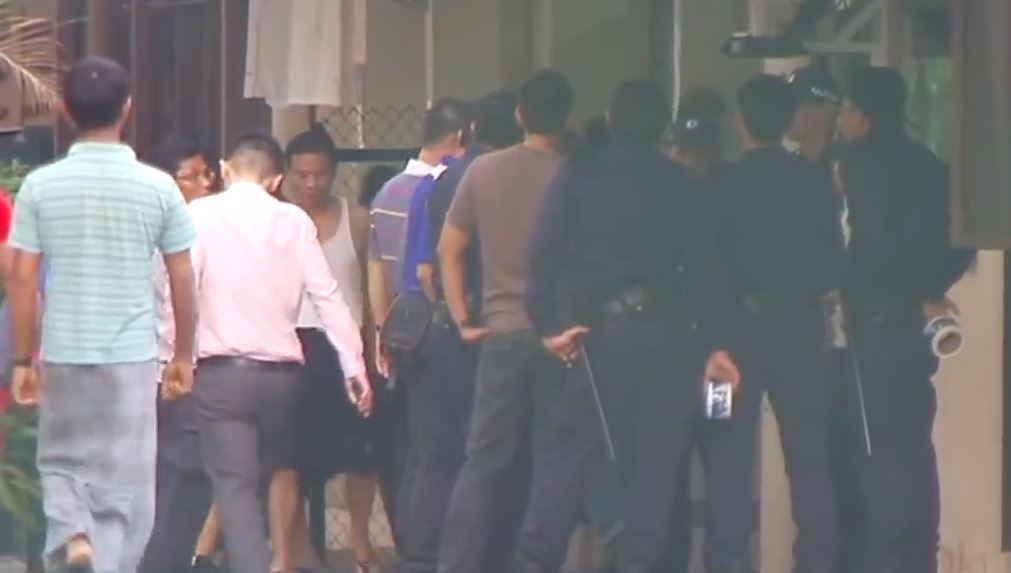 They were unhappy that they were paid far less than their Malaysian counterparts.

SMRT hired the PRC drivers on two-year contracts while the Malaysians were hired on a permanent basis.

A mediation session involving the police, SMRT management and Ministry of Manpower (MOM) officials ended the strike at 6pm that evening.

But 88 drivers started it again the next day.

Five of these drivers were jailed while 29 others received stern warnings from the police, had their work permits revoked, and were sent back to China. 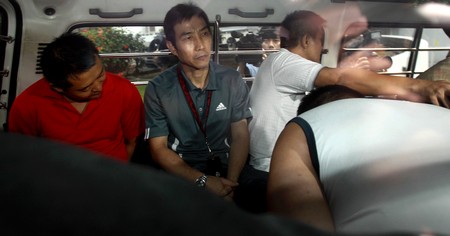 According to the Criminal Law (Temporary Provisions) Act, the strike was illegal because it disrupted an essential service. It affected ten percent of SMRT’s bus services on the first day and five percent on the second.

The drivers also didn’t submit the required two weeks’ notice to indicate their intention of staging a walkout.

Anyone who violates any part of the Act can be fined up to S$5,000 or jailed for up to five years, or both.

Would a walkout be legal in Singapore?

Netizens who read about the Google walkout were sceptical that it happened in Singapore.

We can understand their surprise because we rarely hear about workers staging protests here due to legal concerns.

It’s hard to say if the walkout was illegal as Google might not be considered an essential service under the Criminal Law Act. If that’s so then the walkout would be legal.

We don’t know about the law but Google is certainly an essential service in our lives.

Walkouts in other cities appeared to be peaceful and no complaints have been made about Google services being down. So our best guess is that no laws were broken, if the walkout really did happen here. 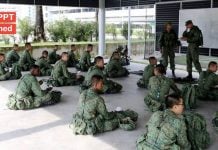