Crows are often known to be scary birds, no thanks to mystery & horror dramas. Their creepy caws & appearances are played up to be spooky omens.

So, imagine this Japanese man’s horror when he saw a gigantic crow, crouching on the ground on all fours, like a gorilla. We’re shook, and apparently, so was the man who saw it.

He posted the video of it on Twitter last week (20 Jun) under his handle @keita_simpson, ‘thanking’ the crow for giving him the shock of his life that morning. 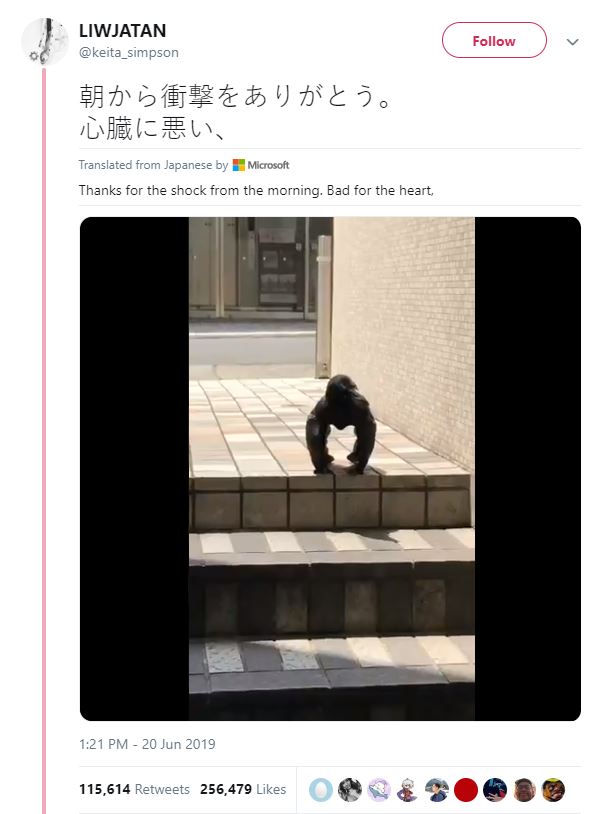 According to Newsweek, Mr Keitarou spotted the creature at Parco shopping centre in Nagoya, Japan.

He said he was shocked when he first saw the crow because “it looked like a zombie.”

But after observing it carefully for about a minute, Mr Keitarou actually found the bird pretty.

Netizens went to town with ideas behind crow’s existence

Tens of thousands of people have commented on the ‘gorilla crow’, with many having bright ideas to explain its existence.

The easiest? It would seem we have a new addition to the Pokédex.

This Twitter user was quick to flex his illustration skills, as we’re gifted with a badass depiction of the ‘gorilla crow’, anime style. 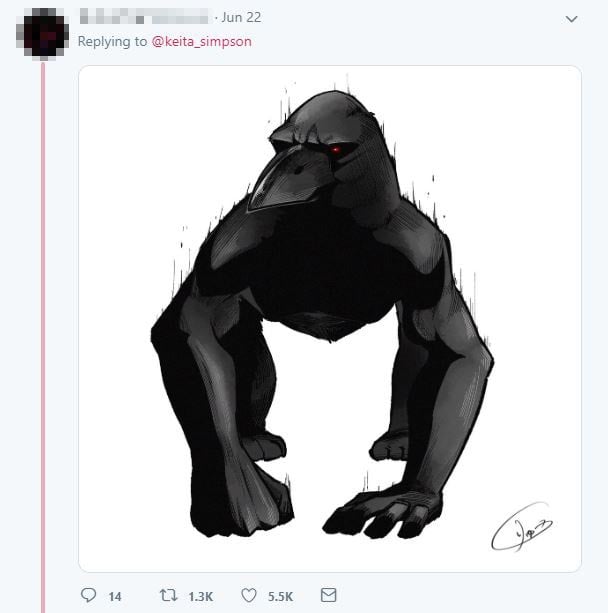 Crows can be somewhat kawaii too, according to this Twitter user’s artwork. 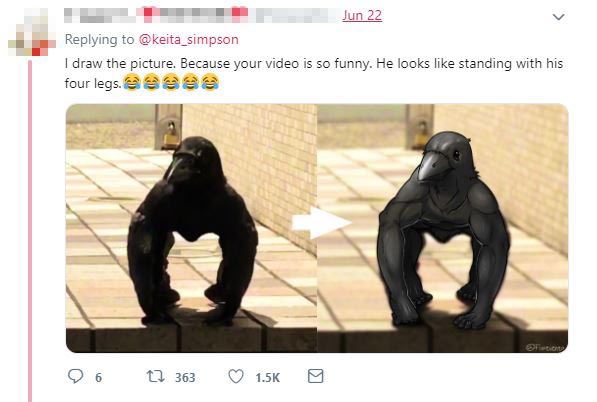 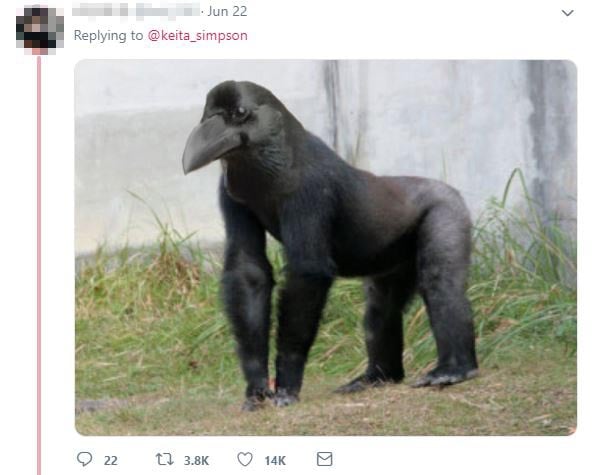 ‘Gorilla crow’ was just a crow, sunning itself

The discussion on Twitter caught the attention of Ms Kaeli Swift, who is a researcher of crows from the University of Washington. 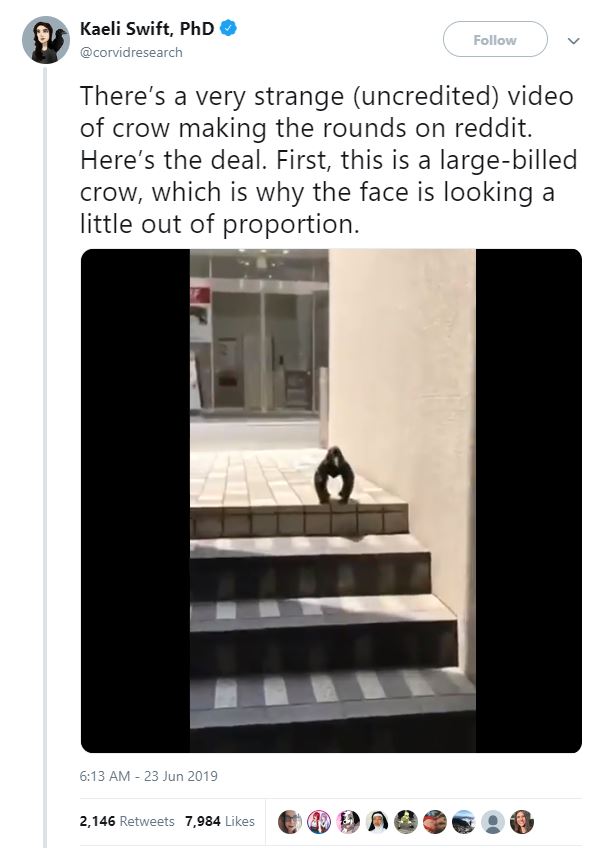 According to her tweet, the mysterious bird was a ‘gorilla crow’. In her words,

First, this is a large-billed crow, which is why the face is looking a little out of proportion.

Great, but that doesn’t explain why it looked like a gorilla though.

What it’s actually doing is sunning itself.

She pointed out that when birds do this, they drop their wings & cock their tails. “At the right angle, that could obscure their legs & tail, making it look like they’re missing.”

If you’re having trouble making sense of her explanation, Ms Swift also doodled for us. You can read her full thread on Twitter here.

All birds are wonderful creatures

New pokémon or not, it’s always wonderful to learn new things about animals. We hope you find this useful if you haven’t had time to watch Planet Earth documentaries.

We’ve had some pretty interesting experiences of birds in Singapore as well. Do you have more to share? Let us know in the comments below.