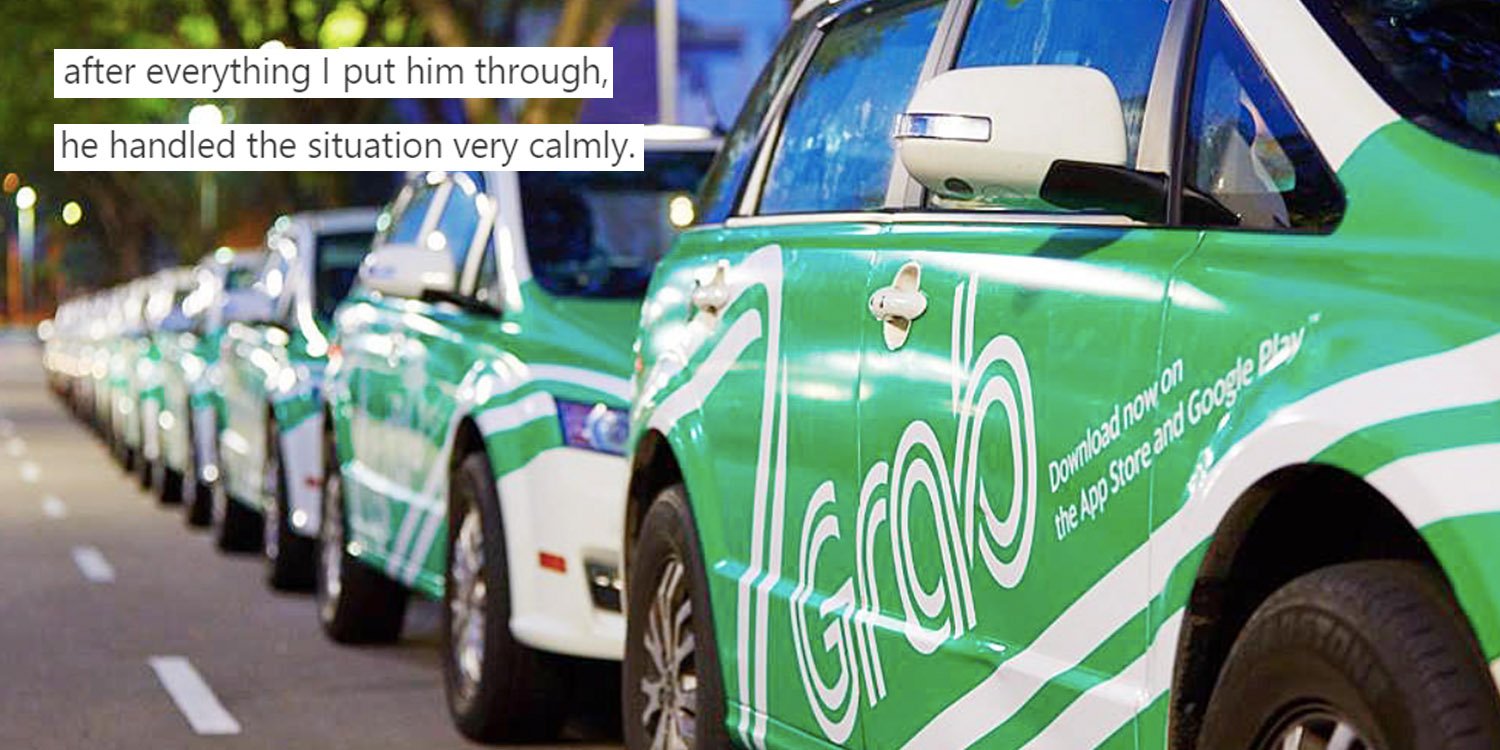 Saved by a kind soul

Awkward situations in the public can happen to anyone and at any time. However, those who have experienced vomiting in public would find this particular account rather relatable.

On Thursday (8 Jul), a follower shared with Instagram page sgfollowsall about their puking incident while on a Grab car. 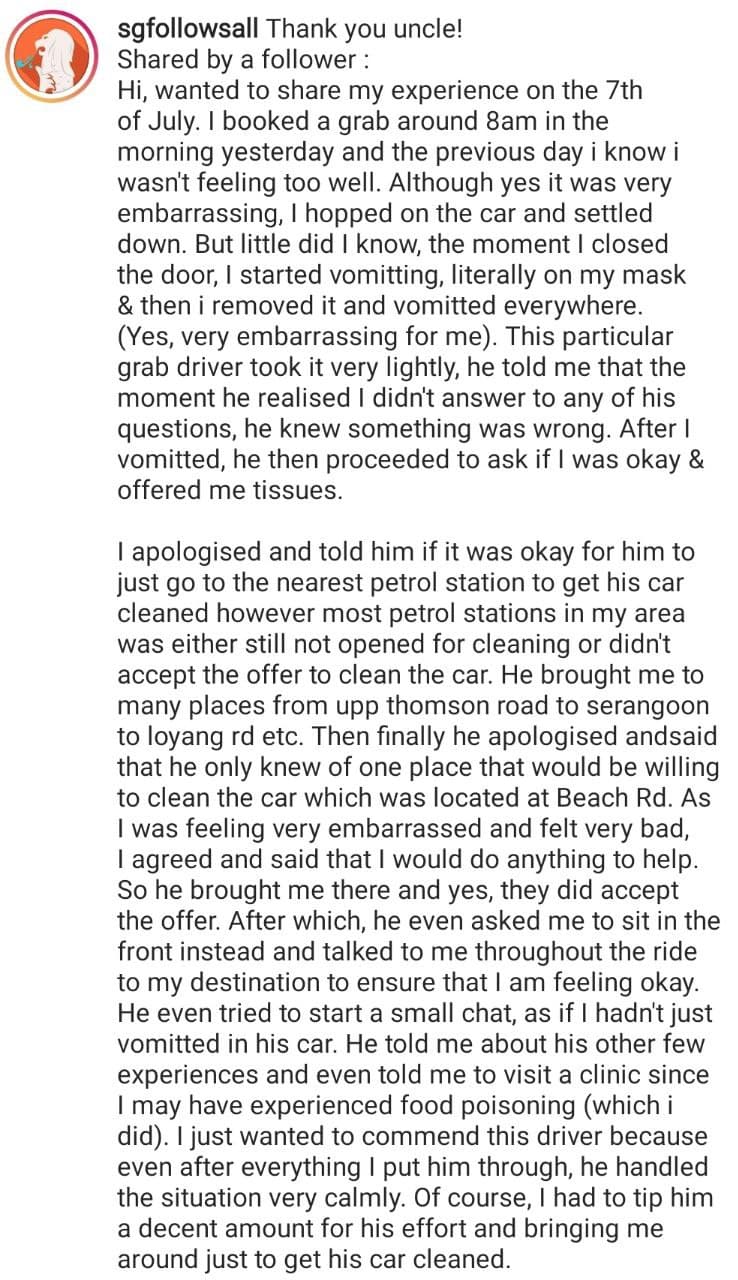 Instead of losing his temper, the Grab driver handled the situation calmly and offered care to his passenger.

According to the post, the netizen was feeling unwell before getting in the car. Upon entering the vehicle and settling down, they immediately vomited all over the car.

Despite the mess created, the Honda Shuttle driver immediately checked if his passenger was alright and offered tissues.

Feeling apologetic, the passenger then asked the driver to find the nearest petrol station to get his car clean.

However, as it was presumably rather early in the morning, many places were either not open or rejected the offer.

The driver later asked if he could go to a location he was more familiar with and was certain would provide the cleaning service.

Made small talk with passenger to reassure them

Once the car was clean, the driver then continued his journey to ferry the passenger to their designated location.

During the ride, the driver tried to ease the awkward tension by making small talk with the embarrassed passenger.

He also shared similar experiences in the past and urged the passenger to visit a doctor in case they were suffering from food poisoning.

Touched by the driver’s gestures, the passenger later left a generous tip for him. 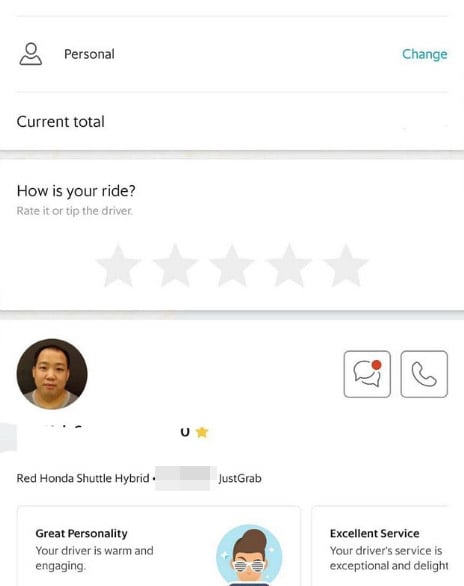 Kudos to the driver

Kudos to the driver for remaining calm and caring for his passenger despite the awkward circumstances.

While we might only encounter such embarrassing situations every now and then, we hope there are always people around who are willing to assist us.

Let us learn from this driver who not only remained calm during the incident but also went the extra mile to help someone in need.