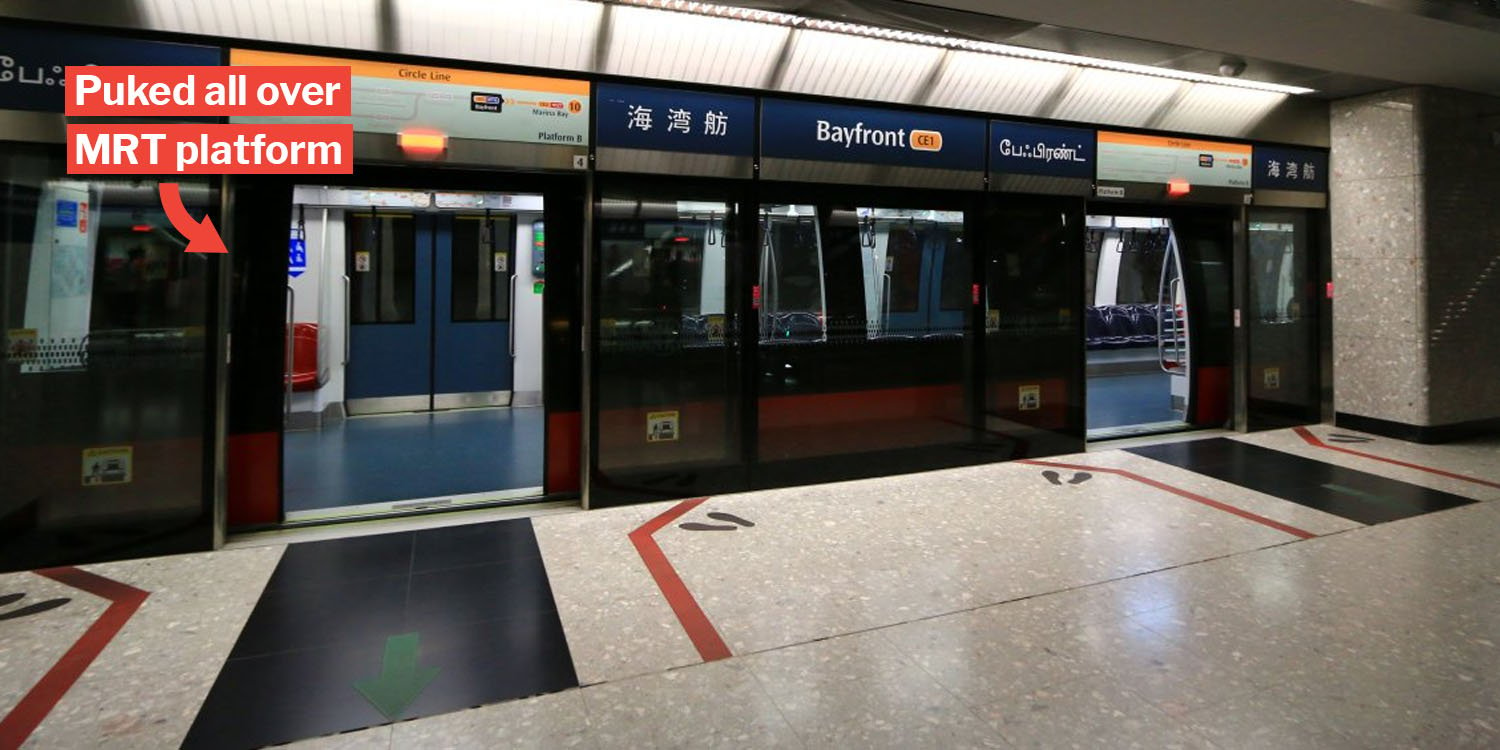 We all can relate to an awkward situation that happened in public. If you have ever vomited in an inappropriate location, you might relate to this Singaporean Redditor.

In a Reddit post on Wednesday (22 Jan), the Singaporean shared about his/her puking incident at the Bayfront MRT platform and how a man graciously offered tissue and wet wipes. 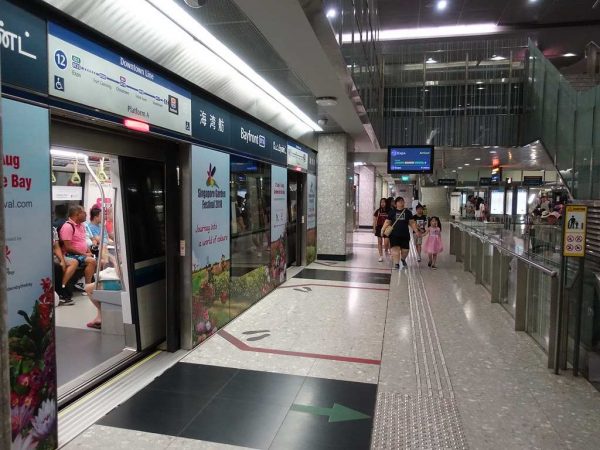 The post garnered more than 600 upvotes as of the time of writing and many netizens are complimenting the kind soul for his initiative.

The Redditor was feeling unwell on the way home from work and decided to get off at Bayfront MRT, as he feared he might vomit in the train cabin.

Unfortunately, the discomfort was probably too unbearable that the Redditor eventually vomited on the platform.

Shaken by what had happened, the Redditor stood at the platform awkwardly with stained clothes and possessions, as well as a leaking nose.

While other commuters walked past, a man stopped to help the Redditor who was probably in severe distress.

Not only did he offer tissue and wet wipes, he also provided his reassurance, which deeply touched the Redditor.

Wants to thank the kind soul

The Redditor only managed to give the man a firm nod in the midst of the chaotic event.

Desperately wanting to thank the kind soul, the Singaporean reached out to others on Reddit for help.

This is in hopes of treating him to a meal or coffee, as a way to thank him for his small but meaningful gesture.

Pass on the kindness

The Redditor also shared the story to urge others to “share their tissue”, encouraging fellow Singaporeans to be kind to one another.

While everyone gets into awkward situations, we also meet nice people who are willing to stop to lend a helping hand.

Perhaps we can be the guardian angel that others are thankful for, through small actions like this.