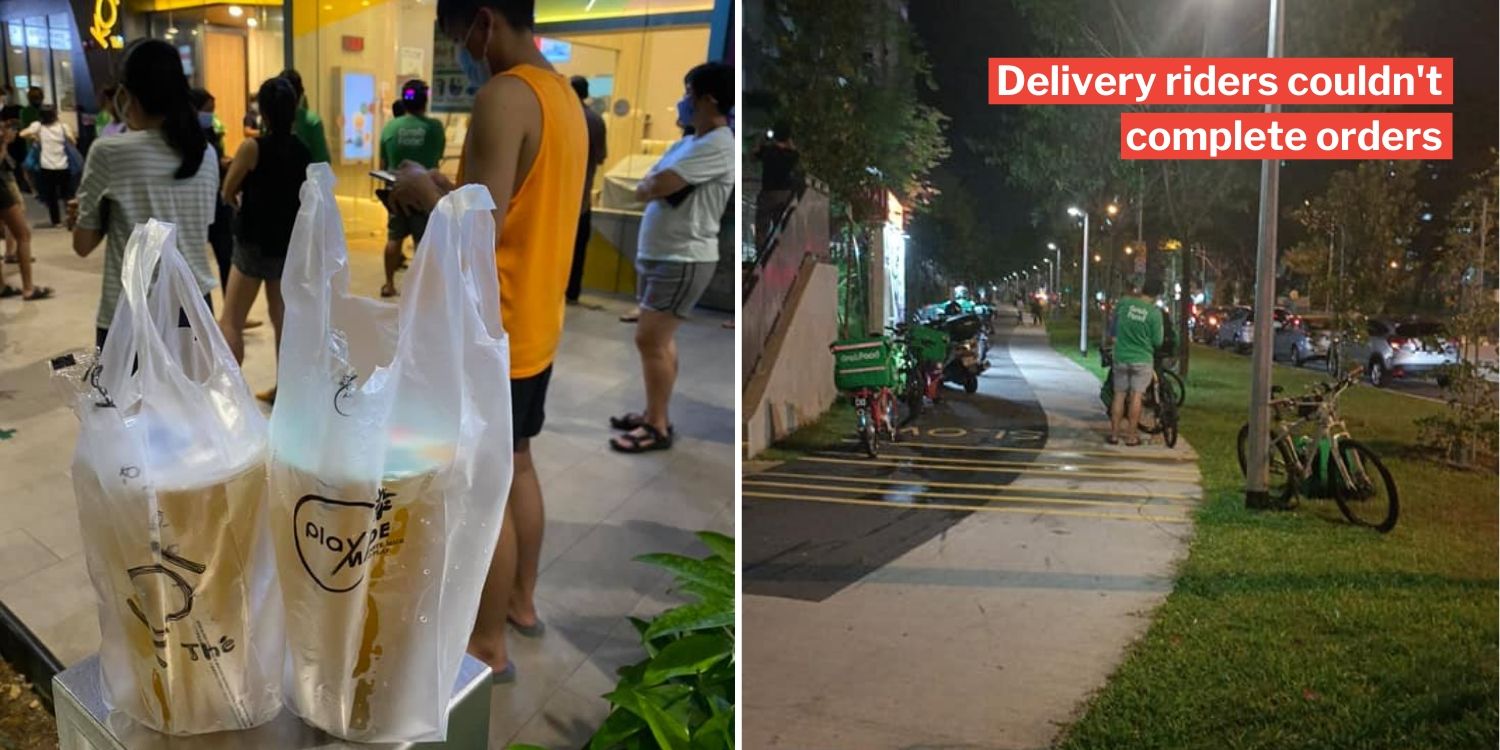 If you passed by one of Singapore’s many bubble tea (BBT) shops last night (21 Apr), you might have come across insanely long queues for the coveted beverage.

That’s because from midnight, most bubble tea outlets across the Republic had to close as part of more stringent ‘Circuit Breaker’ measures that now deemed such establishments “non-essential” businesses. 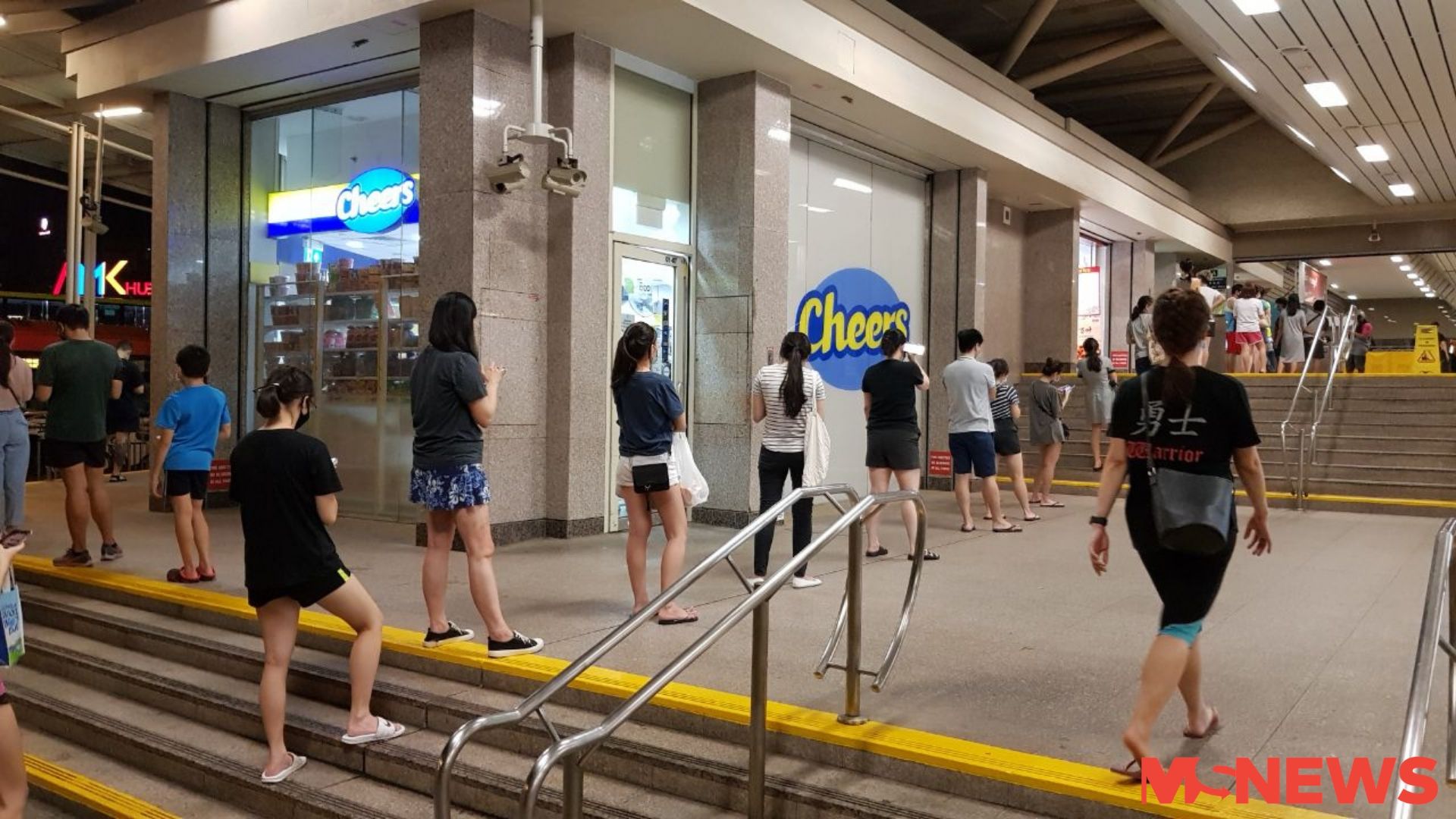 The surprise announcement sparked many long queues as people scramble to get their last BBT fix till 1 Jun.

As you may guess, besides BBT lovers, there were also many GrabFood riders waiting to collect their deliveries.

Standing out in their green long-sleeved t-shirts, they formed a large part of the crowds, as they stared at their phone screens, hoping to make the cut. 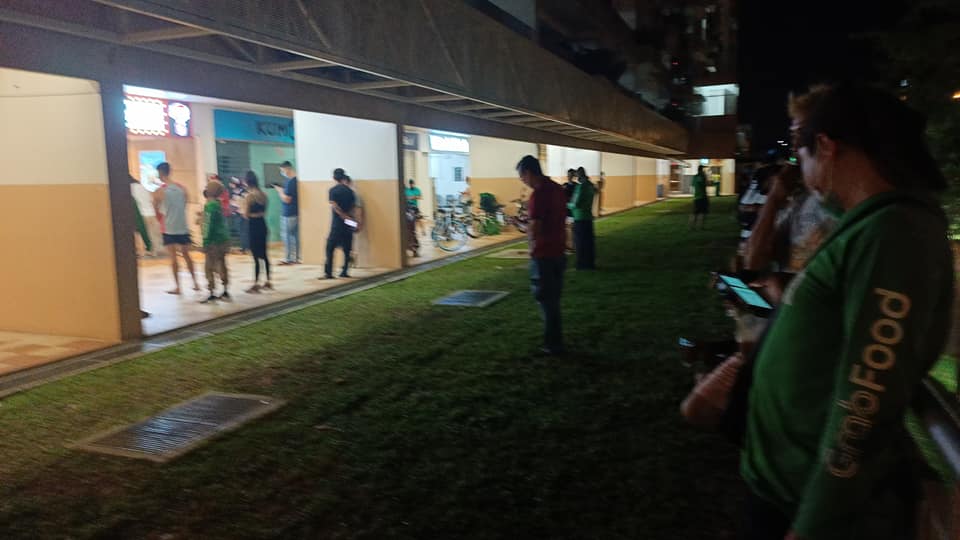 One of them, Mr Elfy, described in a Facebook post the chaotic scene he witnessed when he tried to collect a BBT order. 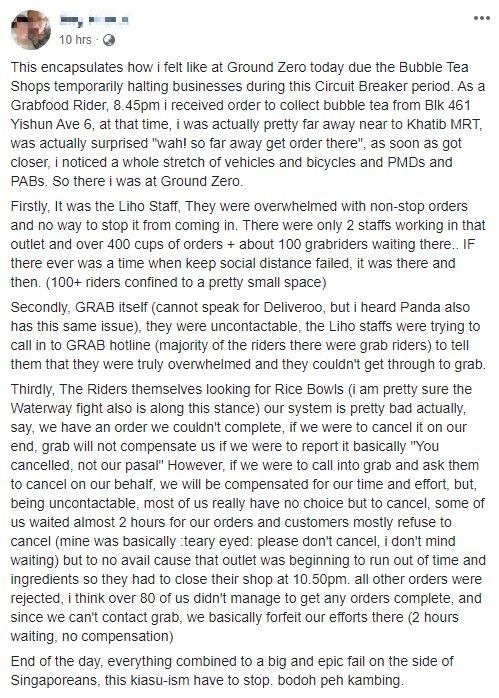 When he reached the Liho outlet at Yishun Avenue 6, he saw the area crowded with vehicles, bicycles, personal mobility devices and power-assisted bicycles — all delivery riders waiting for their orders.

It was a scene he called “Ground Zero”. As the news of the closure of BBT outlets came out only earlier the same evening, most outlets in Singapore were obviously not ready for the deluge of orders.

Mr Elfy said that there were just 2 staff at the LiHo outlet he was at, and they had to handle more than 400 orders. 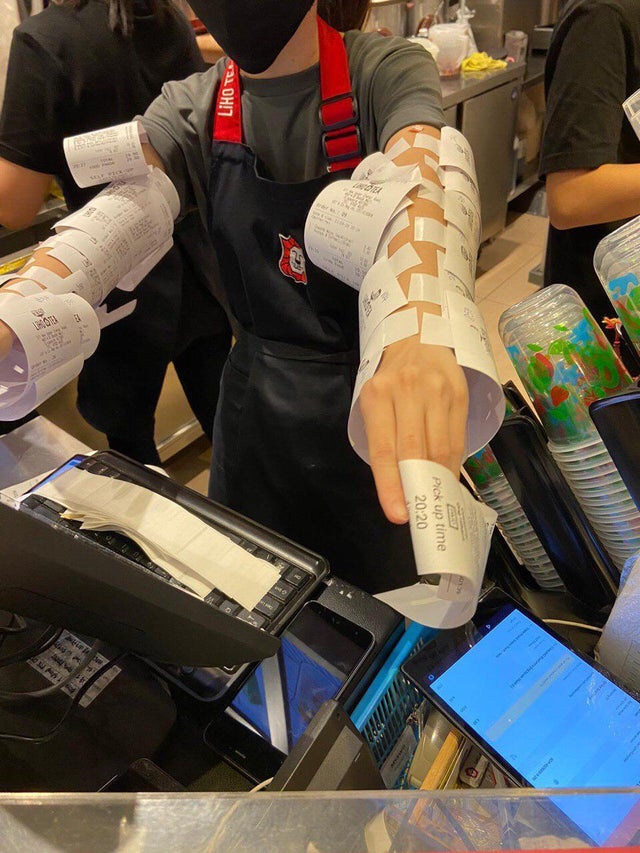 At that outlet alone, there were roughly 100 delivery riders along with other customers, according to Mr Elfy.

With such a large group of people waiting in a small area, adequate social distancing was all but impossible. Another issue Mr Elfy encountered was with Grab itself.

Apparently, the LiHo staff were trying to call the company to suspend orders because they could not cope, but their efforts were in vain, as Grab was uncontactable.

And the riders themselves couldn’t cancel their orders, or they would not be compensated for the long wait and trip there. Mr Elfy claimed that ll calls to Grab were also in vain.

The customers, on the other hand, didn’t want to cancel their orders either, perhaps out of desperation for their BBT fix. Mr Elfy’s customer even said he or she did not mind waiting. Outlet had to close, many riders could not complete orders

The main issue, however, was not the waiting — some of the riders there even waited up to 2 hours for their orders.

The problem was the BBT outlet had to close at 10.50pm, as it had run out of ingredients and time.

That meant that more than 80 of the riders could not complete their orders and wasted their journey as well as waiting time there.

As this is the livelihood for many riders, Mr Elfy said, it’s no surprise that tensions ran high that night.

He surmised that it was the reason behind the viral videos of a GrabFood rider shouting at a staff member of a Playmade outlet at Waterway Point.

In one of the videos that circulated online, an incensed GrabFood rider can be seen shouting at the staff, having to be restrained, while accusing one of calling him a vulgar word. 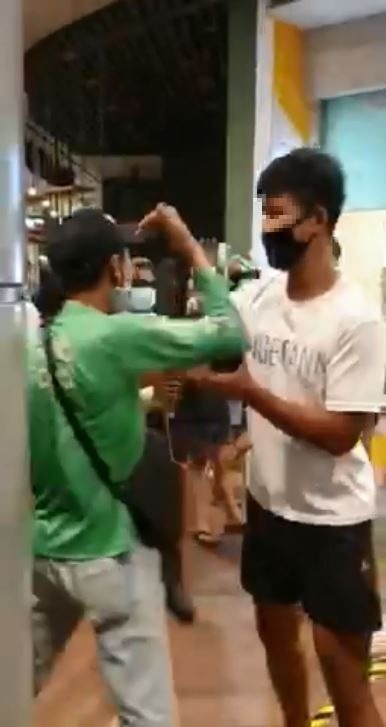 A staff member also appeared to be telling him that they were trying to do their job.

In another, calmer, video taken at a LiHo outlet elsewhere, a man can be seen advising delivery riders to ask their customers to cancel their orders.

However, the riders can be heard saying that their customers don’t want to cancel.

Singaporeans need to stop being kiasu

Mr Elfy concluded his post by saying the whole incident was a “big and epic fail”, and Singaporeans need to stop being kiasu.

Indeed, we’re not sure the authorities could have predicted that such chaos would ensue when deciding to order BBT outlets to close.

After all, it’s not like they are going away forever. The rush to buy BBT is embarrassing and doesn’t reflect well on us as a nation.

To those who are already missing their BBT, be patient and search for alternatives.

And do spare a thought for overworked delivery riders, whose livelihoods may depend on food deliveries, but are also making the effort to help you stay at home.