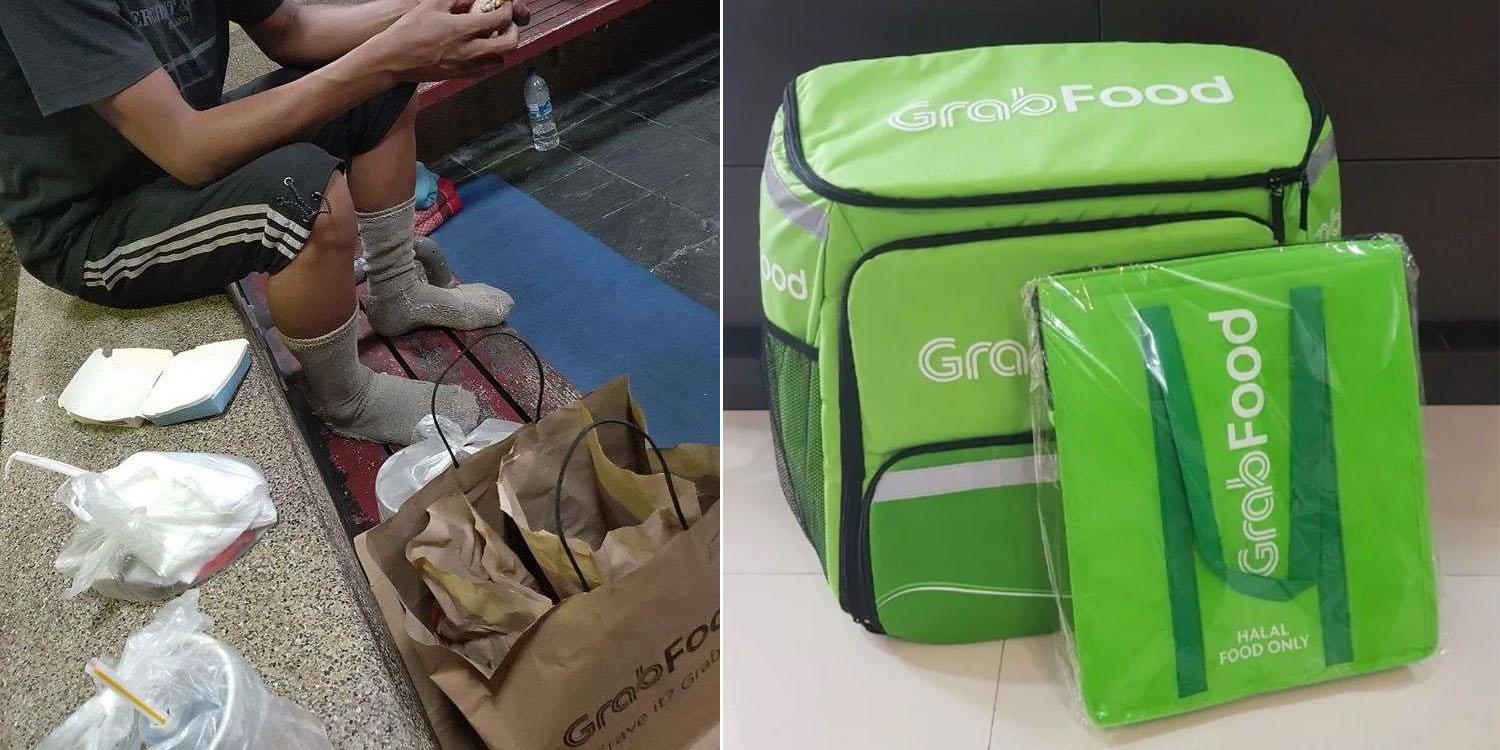 Waste not, want not.

For some, cancelling an online food booking is as easy as pressing a button.

But for others, having food on the table is something they unfortunately aren’t able to look forward to every day.

Fortunately, one GrabFood delivery rider has found a way to bridge the gap between the 2 groups. 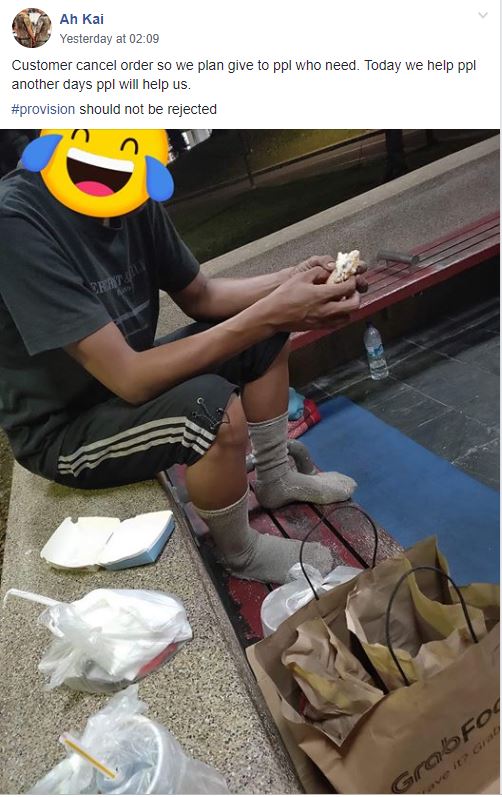 Grabbed the food to a homeless man instead

Faced with a situation food delivery riders often find themselves in – cancelled orders – the rider, who goes by the name of Ah Kai on Facebook, decided to spin some good out of it.

He took the food, seemingly from McDonald’s, and gave it to a “homeless man”.

In a Facebook post on GrabFood Delivery Rider Singapore, he hinted that he would continue giving cancelled food orders to those in need.

After all, good begets good.

Netizens laud the 2-in-1 move

His actions have gotten largely thumbs-up from netizens with many lauding his kind actions towards the homeless man.

A perfectly edible meal did not go to waste, while a homeless man got his stomach filled — killing 2 birds with 1 stone.

This netizen praised the move as a better alternative to returning or disposing the food, but warned that the food should be fresh before being given away.

However, this netizen raised another issue — that of how we can help the homeless more.

Perhaps his actions will help in bringing more attention to the homeless in Singapore and how we can aid them.

On a larger scale, instead of throwing away the food we do not want, we could also consider donating them to help the needy.