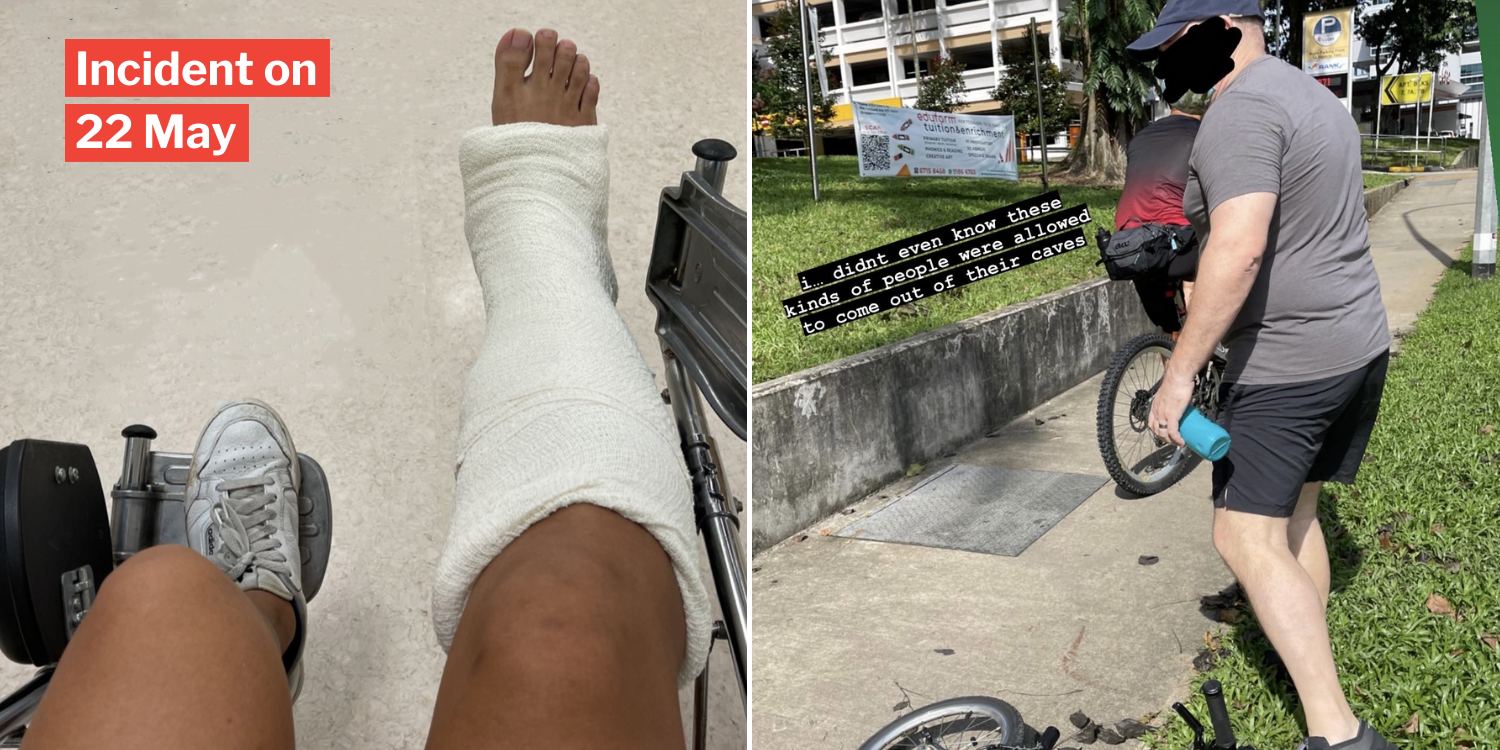 In Singapore, pedestrians and cyclists share the responsibility of keeping each other safe on footpaths. However, it seems that not everyone follows the rules.

A GrabFood rider was allegedly assaulted after a pedestrian refused to give way.

He was purportedly tackled to the ground and ended up suffering a serious sprain and fracture of an ankle. MS News has reached out to the victim to hear his story. The rider, who requested to be known only as Alex, confirms he has lodged a police report against his assailant.

On Saturday (22 May), GrabFood rider Alex – who usually works on the weekends – encountered a disturbing incident during one of his deliveries in Commonwealth.

He claimed he was shoved and tackled to the ground after he rang the bell twice to signal the pedestrian to give way. 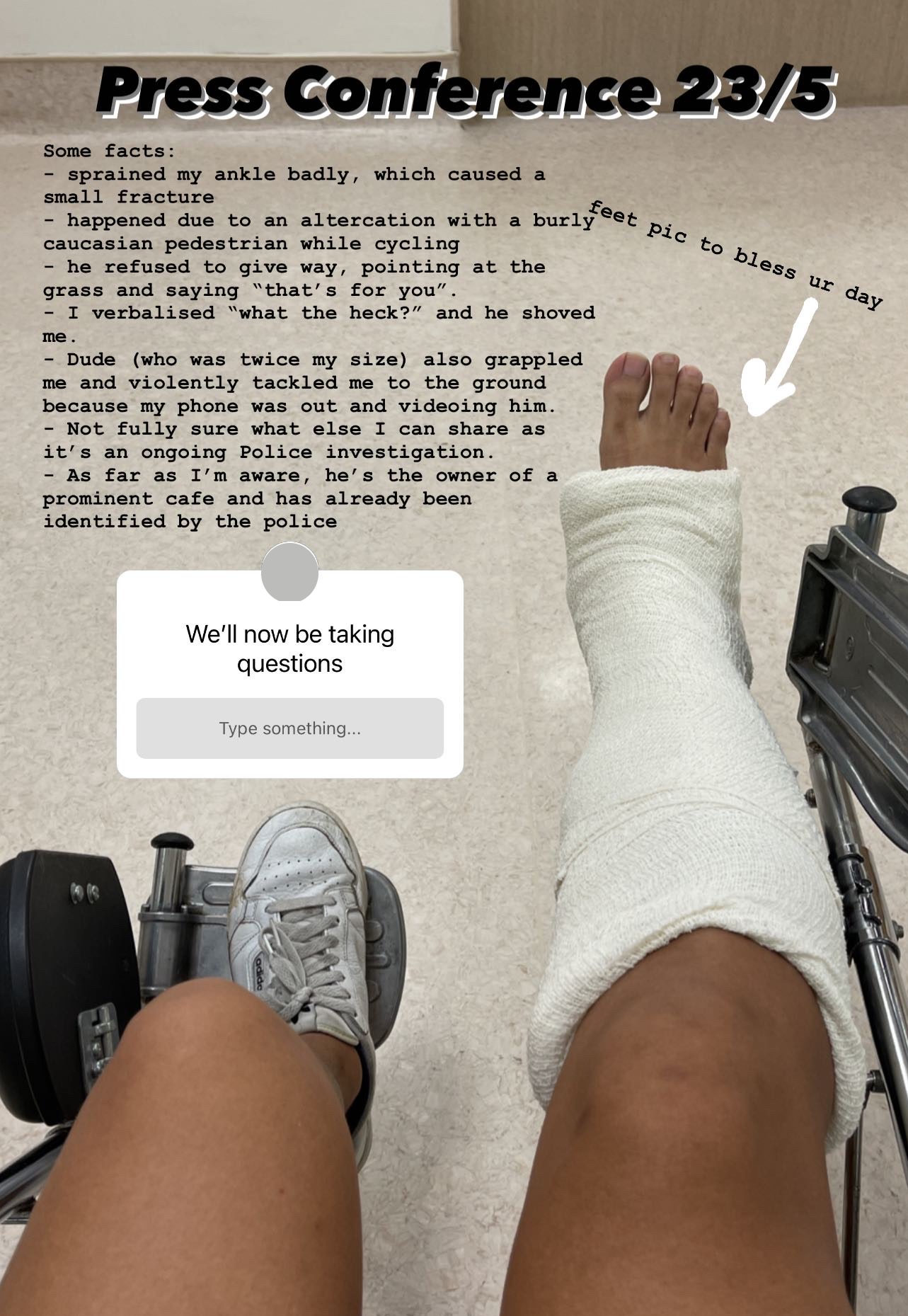 The latter allegedly didn’t move aside. Instead, he pointed to the grass and said, “That’s for you”.

Out of shock, the rider verbalised, “What the heck” and before he knew it, he was shoved to the ground.

The rider took out his phone to record the man’s act out of self-defence, only to be grappled “violently” and tackled to the ground. As a result, Alex sustained a serious sprain and fracture to his ankle. He also had bruises on his wrists and some cuts and scrapes. 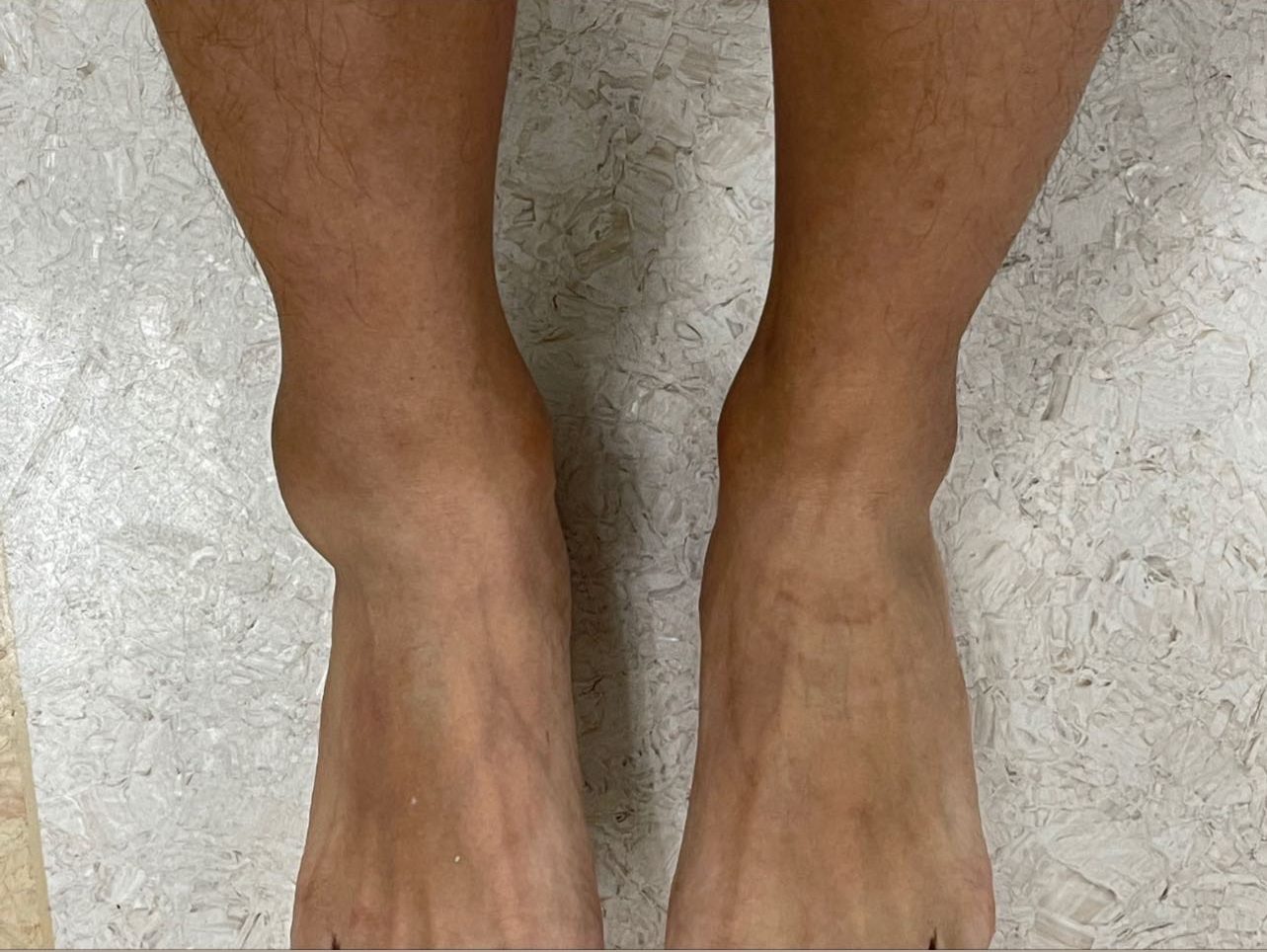 During the whole process, the rider claims to have not laid a finger on his assailant.

Speaking to MS News, Alex says that he’s lodged a police report against the pedestrian, and police investigations are ongoing.

He’s been put on a 1-month hospitalisation leave since the incident.

As an avid cyclist, Alex understands that some pedestrians may be annoyed by the behaviour of some reckless cyclists.

He hopes that what happened to him can serve as a reminder for all to exercise tolerance and respect on the road.

Moreover, he urges those under attack to be courageous and stand up for themselves.

MS News understands that because Alex shouted for attention, some passers-by offered themselves as witnesses to the assault so that he could lodge a police report.

Even though this is a one-sided account, what Alex went through was undoubtedly traumatic.

We hope that the police can bring his assailant under investigation to ascertain the truth.

Meanwhile, let this incident be a reminder for all road users to follow the rules and be courteous towards one another at all times.