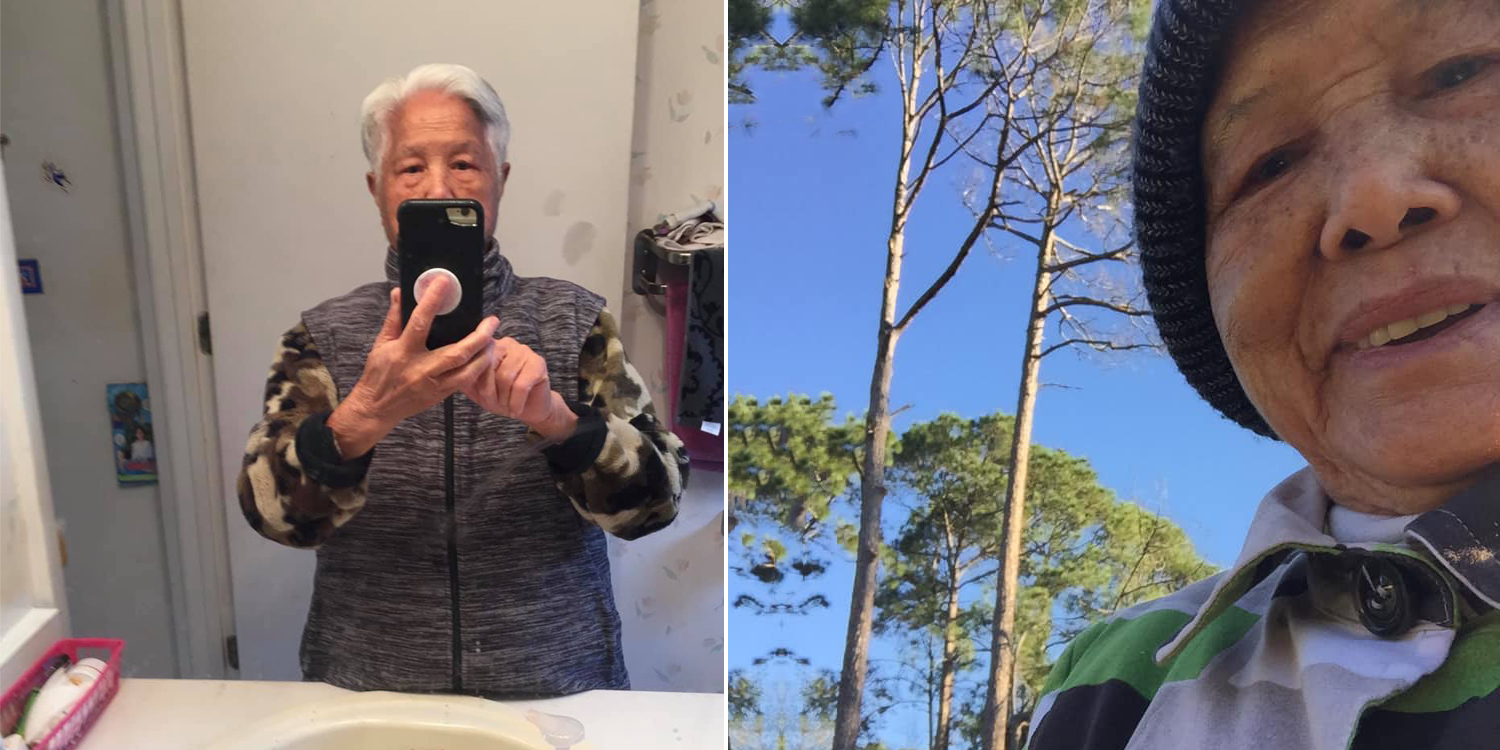 From using messaging apps to video conferencing, it’s always a heartwarming sight to see seniors adapting to the latest technology. Despite being in her 80s, a grandma would take selfies and vlogs as she goes about her daily routine.

On Monday (17 Aug), her granddaughter Linda Phan took to the Subtle Asian Traits Facebook group, sharing footage that her grandmother had taken. 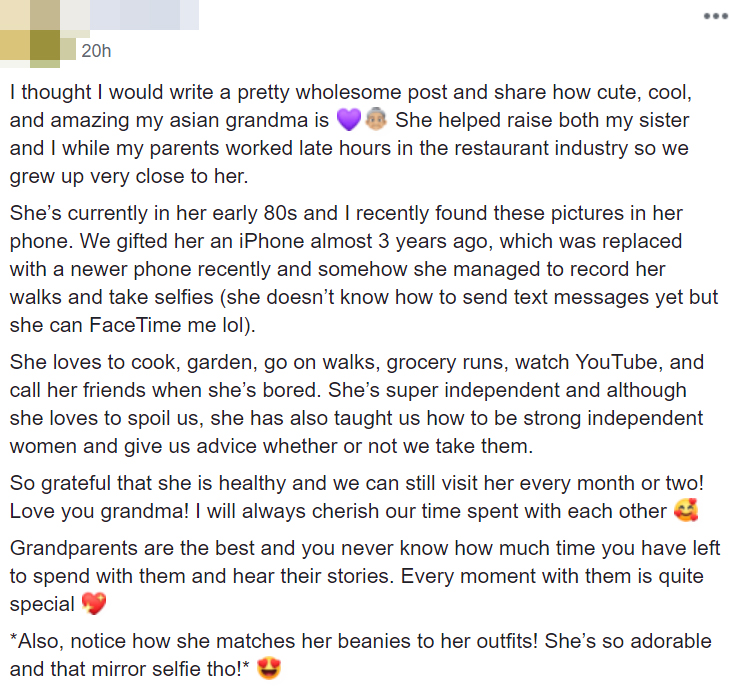 The most endearing clip of the lot would arguably be of the grandma taking a vlog as she takes a stroll in a residential area. The elderly lady wore a purple sweater and even donned a purple beanie to complete the outfit.

She let out a priceless grin halfway through the clip, warming viewers’ hearts. 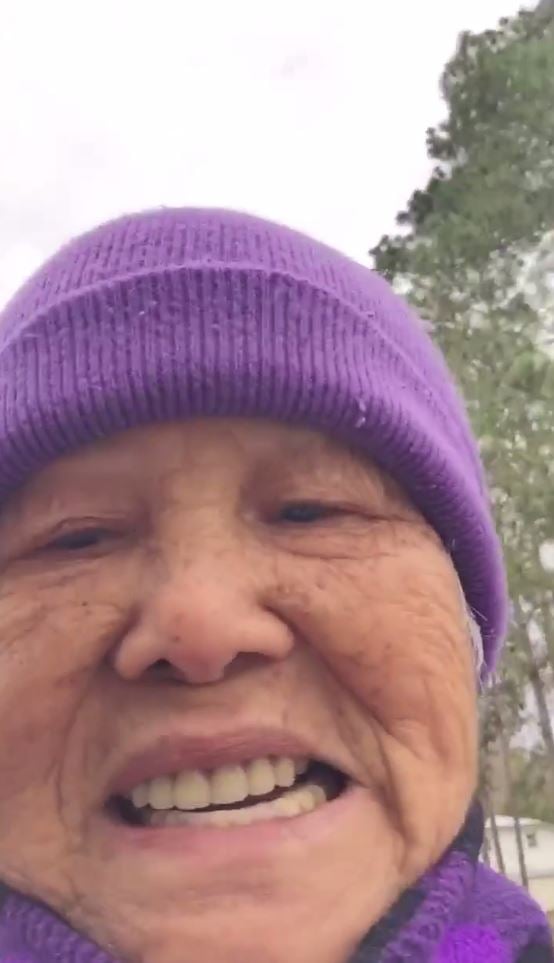 Her granddaughter also uploaded another picture of the senior – presumably on a walk – with majestic tall trees in the background. 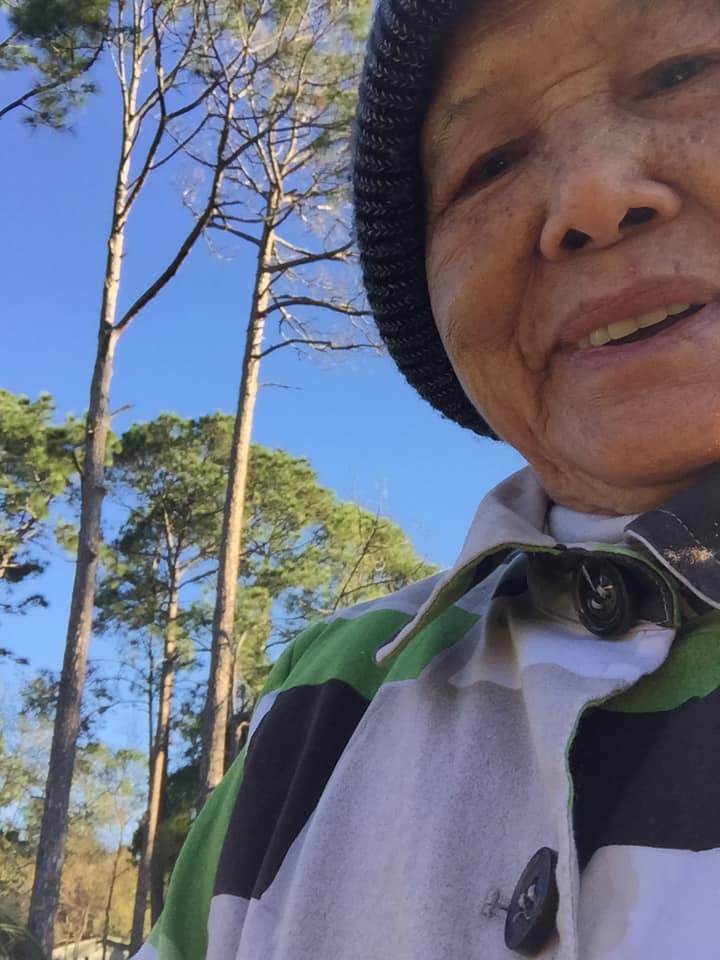 Most smartphone users would all be guilty of taking a selfie once in a while, and this grandma is no exception.

Here’s a selfie of Ms Phan with her hair neatly combed, as she looks ready to conquer the day. 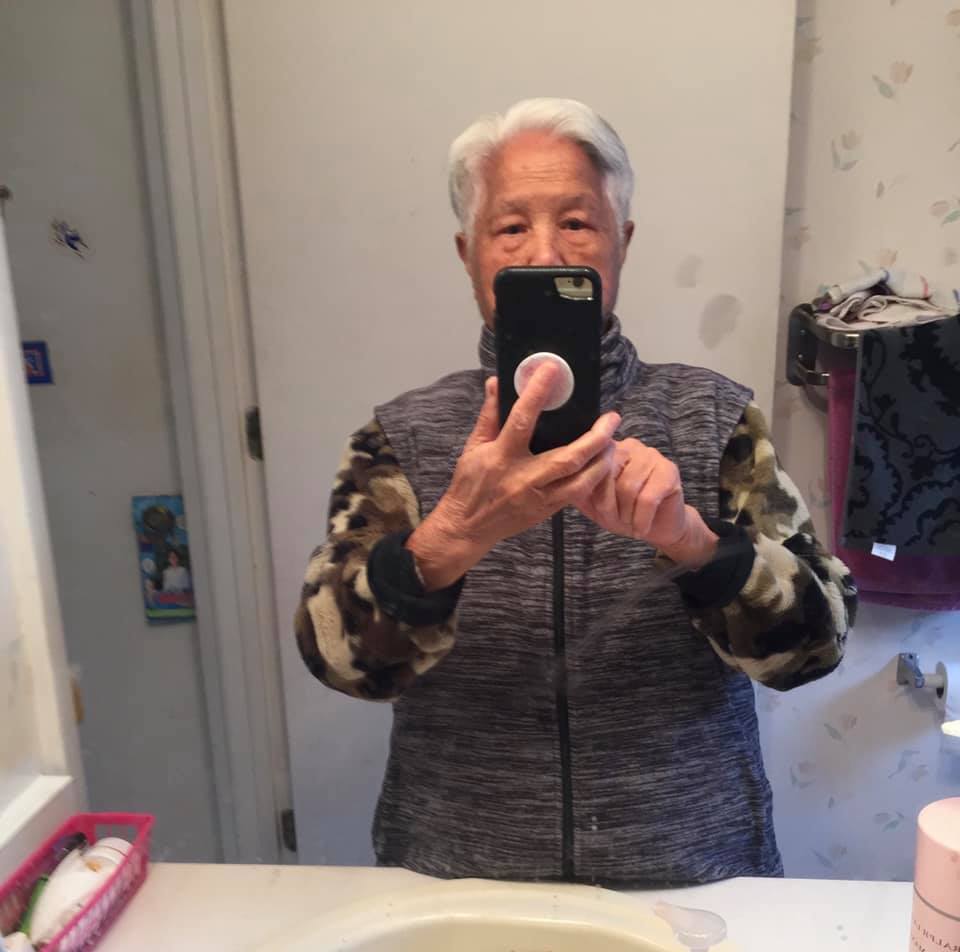 Behind every successful selfie is a couple of less ‘glam’ ones. Ms Phan also shared a blurred selfie that her grandma took — presumably the result of premature hand movement. 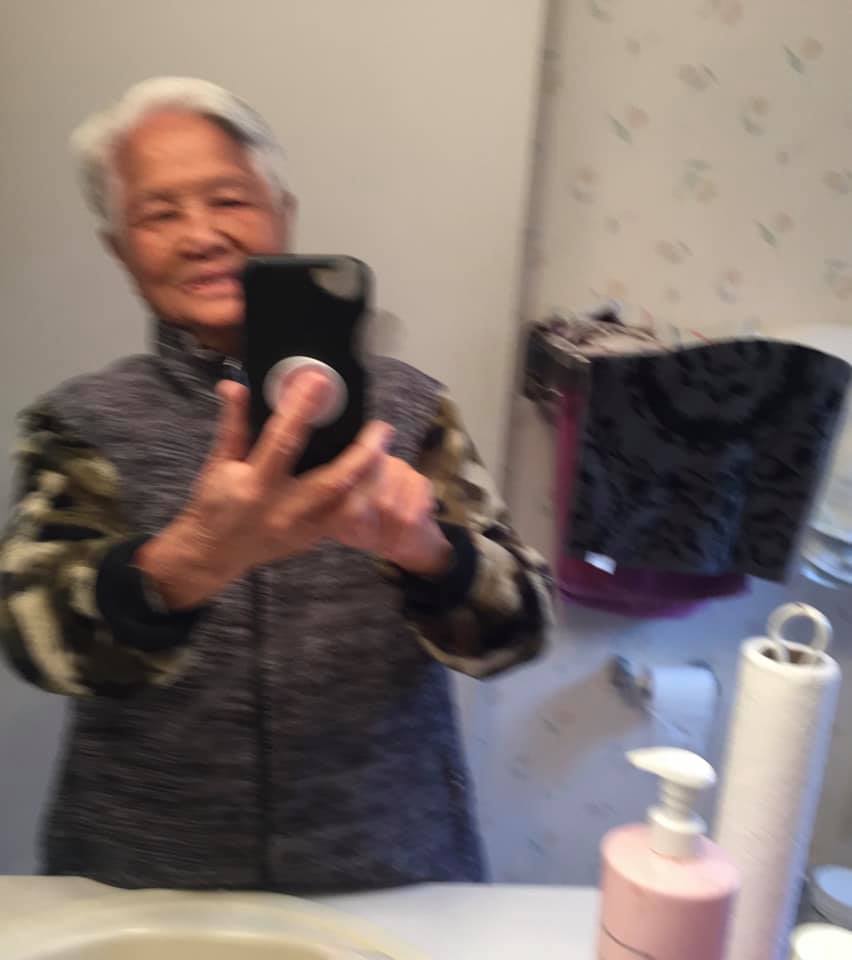 As you can probably tell, the grandma has a Pop Socket attached to her case, so safe to say she’s pretty up to date with the latest phone accessories too.

Is “super independent” despite being in her 80s

According to Ms Phan, her family had gifted her grandma an iPhone 3 years ago which was recently replaced by a newer model recently.

The family recently found the images and clips on her phone and decided to share them. Besides taking selfies and vlogs, she apparently knows how to use FaceTime too.

Describing her grandma as someone who’s “super independent”, Ms Phan added that she loves cooking, gardening, watching YouTube, and going on walks and grocery runs.

Ms Phan hopes her grandma would continue to stay healthy and urge everyone to cherish their time left with their grandparents.

Seeing how Ms Phan’s grandma is adapting so well to technology puts a smile on our faces.

While no doubt wholesome, the post highlights the importance of keeping abreast with the latest innovations, and to continue learning despite growing old.

We wish Ms Phan’s grandma great health and many more fruitful years ahead!