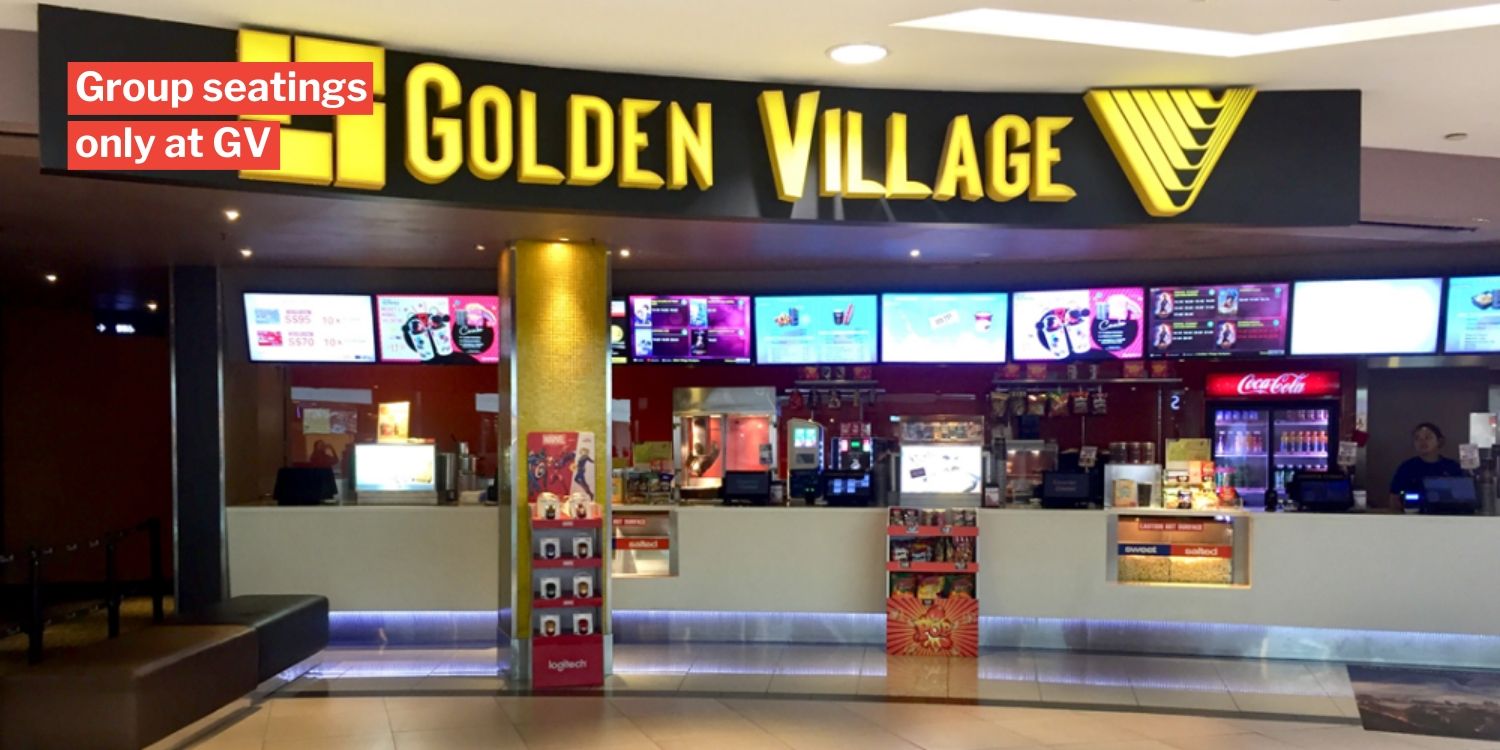 GV, Shaw & Cathay Cinemas To Reopen On 13 Jul After Over 2 Months’ Closure

(UPDATE 3 Jul, 10pm): Shaw Theatres also announced in a press release that they will be reopening on 13 Jul, with similar precautionary measures in place.

Up to 3 patrons in a group can sit together, with alternate seating arrangements to ensure safe distancing.

You’ve probably eaten all the food you can possibly consume since restaurants reopened in Phase 2. Now what?

Well we have good news for those who prefer to partake in more passive leisurely activities — Golden Village (GV), Shaw and Cathay cinemas are due to reopen soon! 13 July is only 10 days from now, so try to hold back your tears of joy for just a while more like Mr Popcorn. 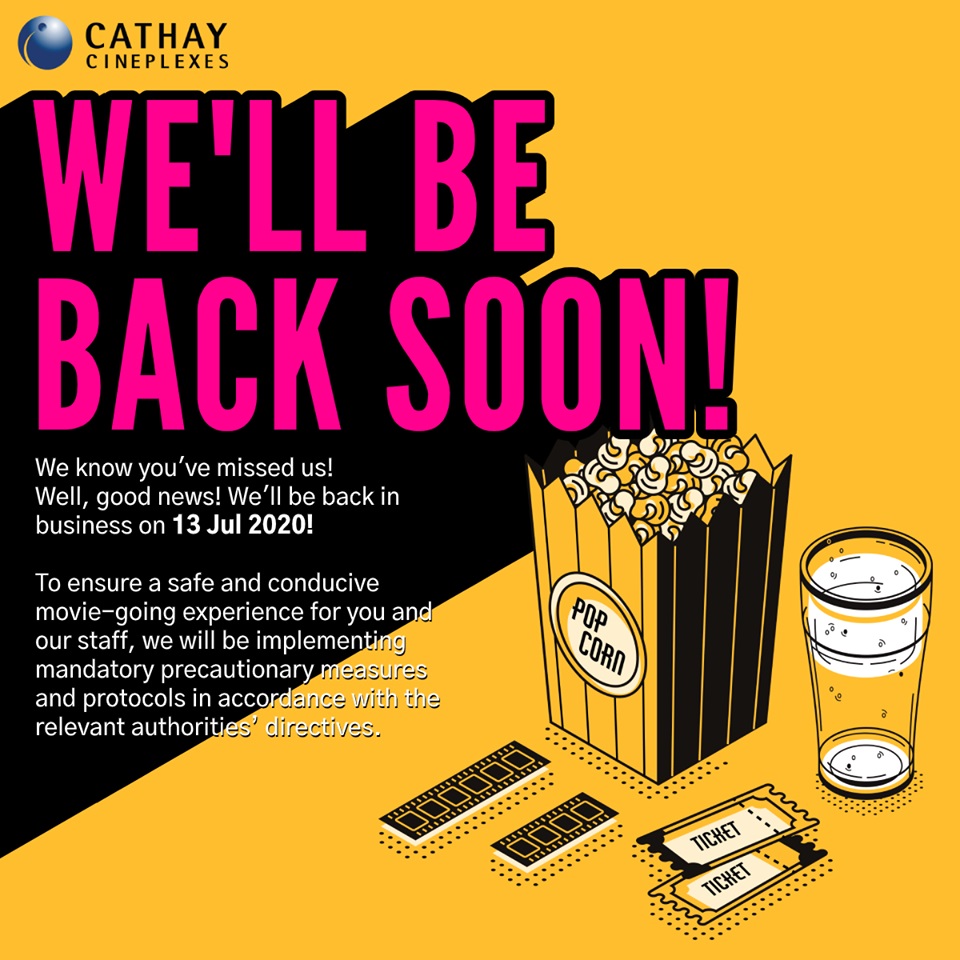 Shaw went down the more creative route, with a lively trailer of various movie clips signalling their approaching reopening.

With the popular cinemas opening on the same day, we look at what’s in store for patrons.

A quick check on GV’s website shows only a handful of movies available on opening day, with slightly older titles like Little Women.

Fans of Korean box office hit Train To Busan however, will be delighted to know that the second installment, Train To Busan: Peninsula, will also be available. 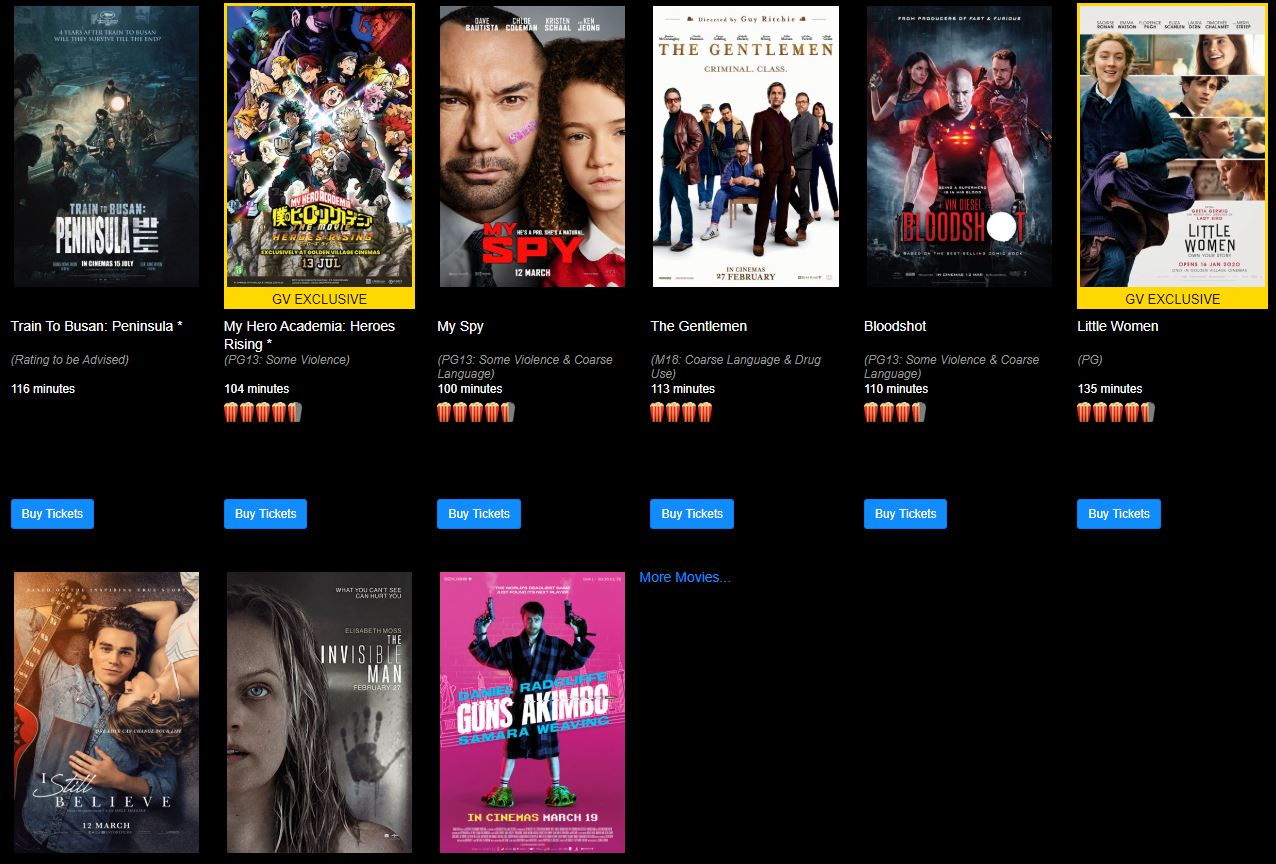 More upcoming movie titles will be released on later dates, including the highly anticipated Tenet by Christopher Nolan.

Cathay, meanwhile, will have the sequels to other famous titles like A Quiet Place Part II and Ghostbusters: Afterlife.

Shaw will only screen 3 movies the entire opening week, and they are:

GV can accommodate groups of up to 5

Keeping a safe distance apart, that is, sitting in a cinema full of empty seats does not sound like a fun experience.

Thankfully, GV will be giving some leeway for those who come in groups or with family.

According to their press release, groups of 2 or 3 can book seats together while those with up to 5 can attempt to book, subject to availability. 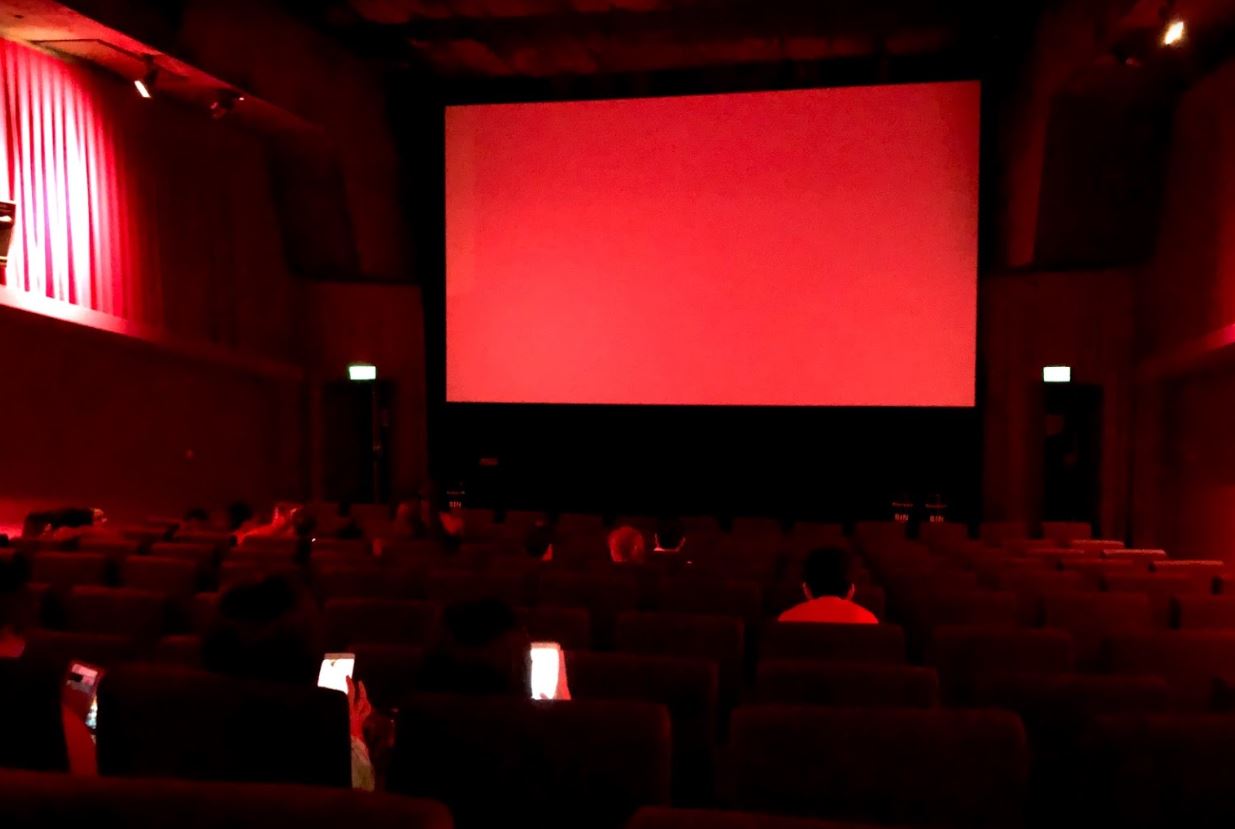 Seats between these groups and other moviegoers will be cordoned off to ensure a safe 1-metre distance.

In total, one movie hall will have only 50 patrons at any one time.

Only paired seatings available at Cathay

Those who prefer to go to Cathay should note that they don’t offer the same privilege there, with only a maximum of 2 people allowed to sit together. 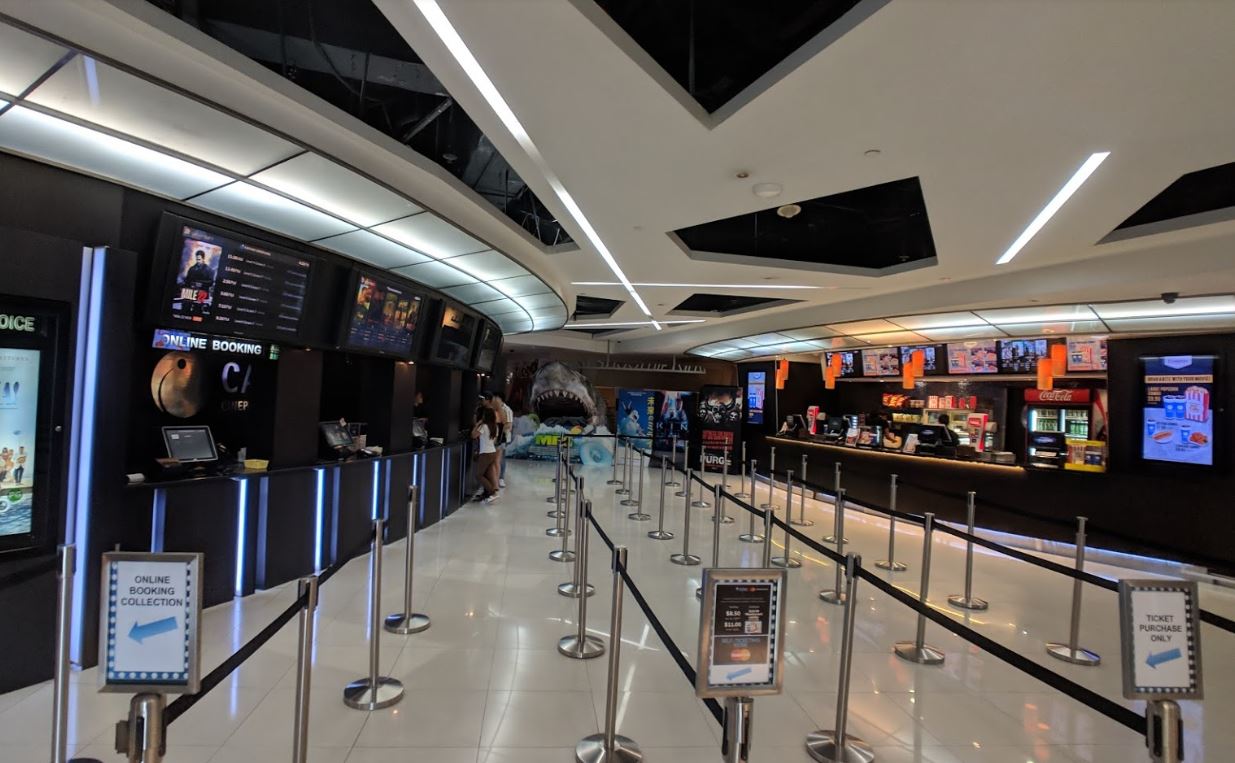 Seats will be alternated between lone patrons and pairs, like GV, for safe distancing.

Perhaps couples who appreciate more intimate settings would like to consider this option.

All movie halls at both Cathay and GV cinemas will undergo regular and thorough cleaning as well as disinfection, so you need not worry.

Like any other public place, you’ll still have to check in and out using SafeEntry to facilitate contact tracing efforts.

Patrons will also have to undergo temperature screening before entering all cinemas. Those with infection symptoms will not be allowed into movie halls, but can claim refunds for their tickets. 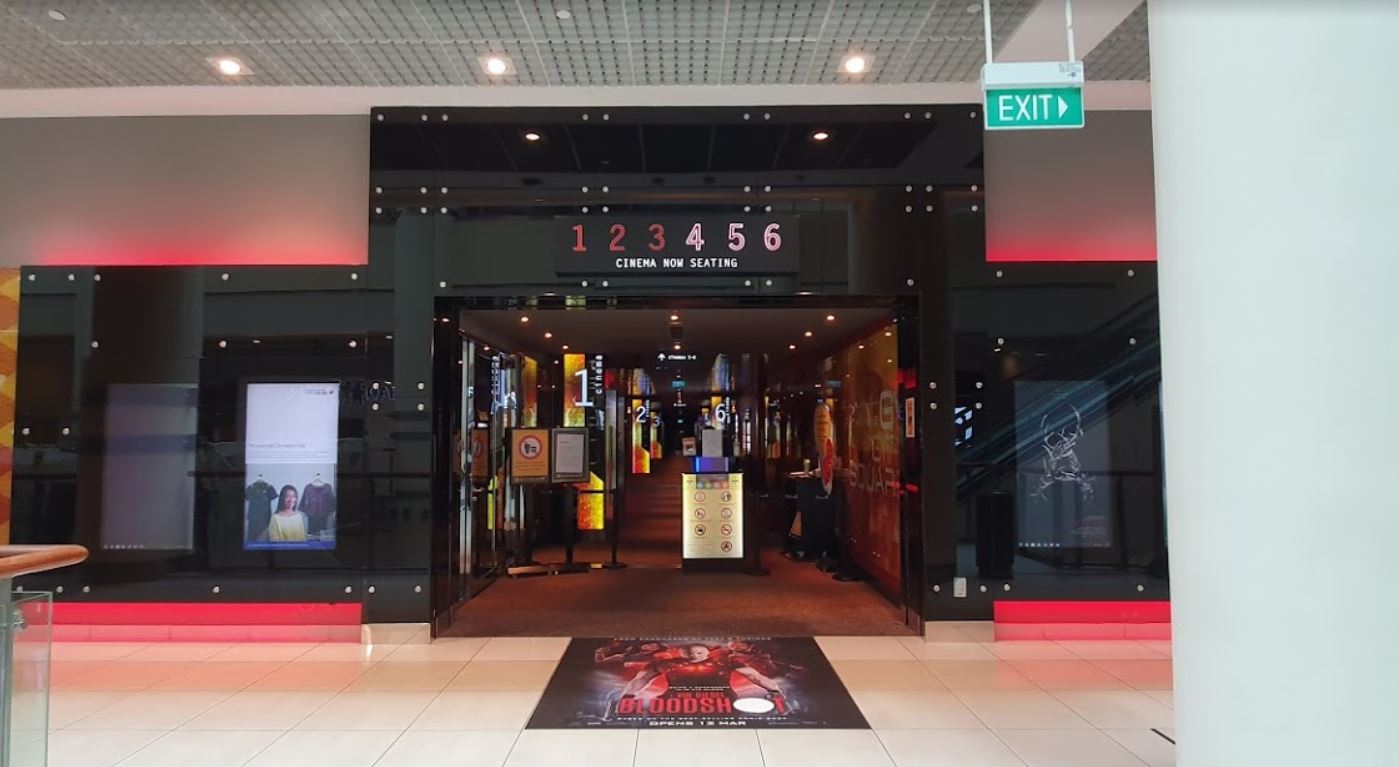 As for masks, you should still be wearing them in the movie hall, except of course, when you’re munching on snacks. When you’re not, make sure you put them back on — kind of an ingenious way to stop people from making noise.

Rules aside, this is exciting news for everyone. As we embrace a ‘new normal’, it’s nice to know that we can engage in more fun activities besides eating and exercising.