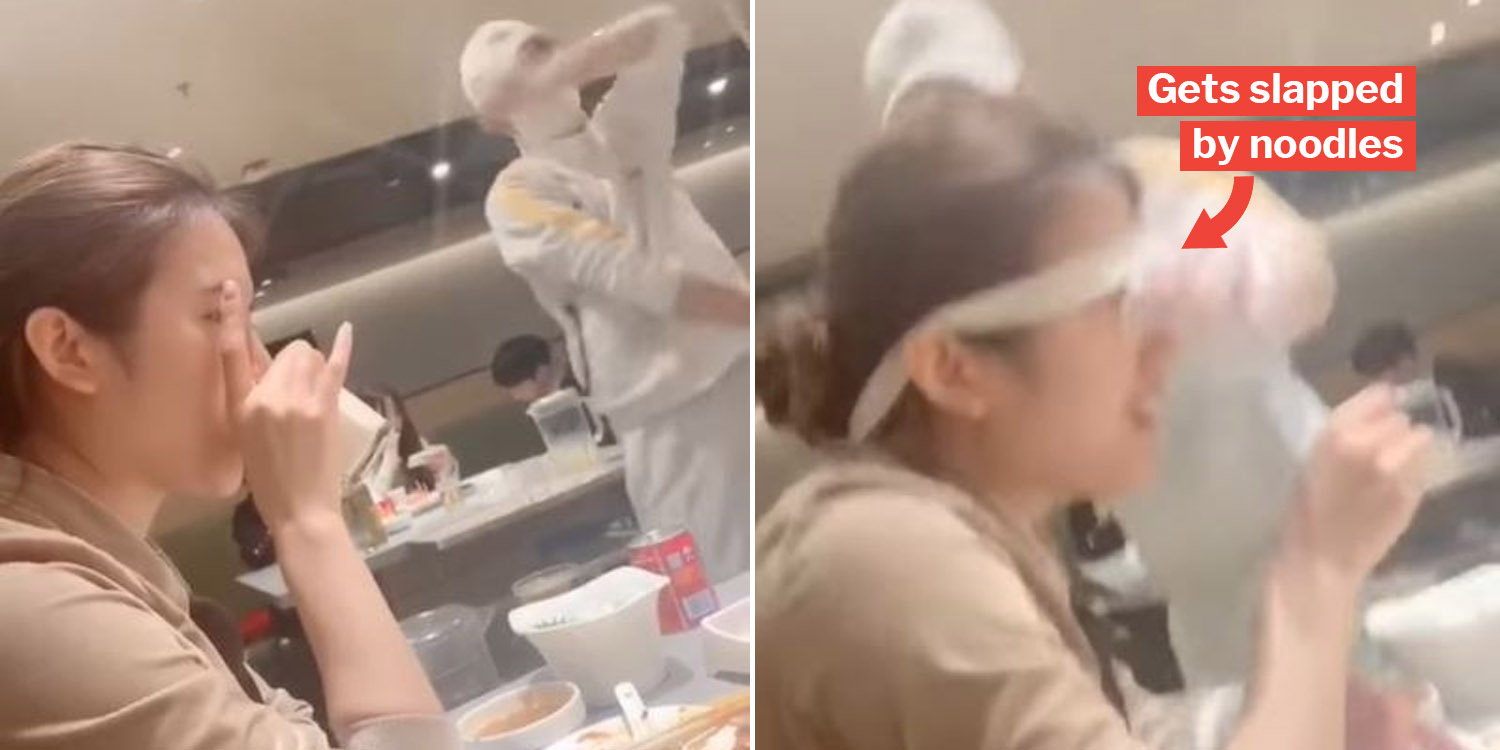 Woman Unexpectedly Gets A Noodle Slap At Haidilao

One of the most fascinating aspects about dining at hotpot restaurant Haidilao is the mesmerising noodle dances the staff do. They pull clumps of dough into strands of noodles and move to the music, all whilst weaving strands of dough around themselves. The fact that we’ve never seen them tangled in the flying noodles makes the experience almost magical.

However, it seems that the magic didn’t last long for one customer. As a noodle dancer was performing, he made a miscalculation and accidentally slapped her with the noodles. 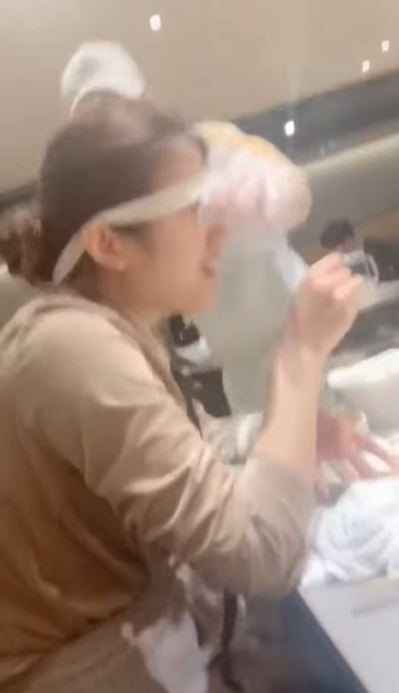 The video, which was shared in Facebook supergroup Subtle Asian Traits, has gone viral with 6,400 likes.

In the video, the lady is seen leisurely drinking at the side, seemingly unimpressed by the Haidilao noodle dancer. 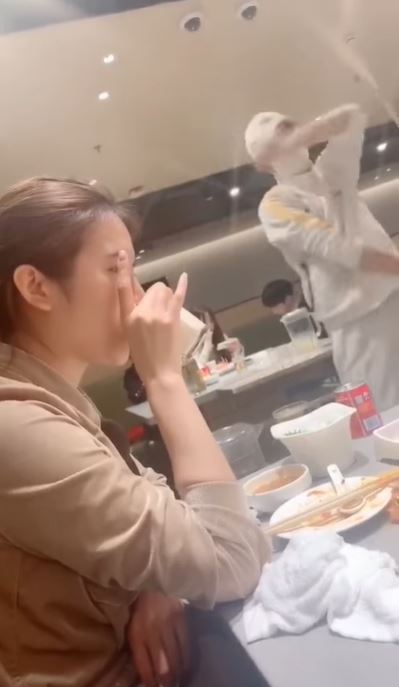 Just a few seconds later, this woman got the slap of a decade. As the noodle dancer moved to his right, he brought the noodles around her head in a sweeping motion.

As anyone who’s watched this dance before would know, the noodles were supposed to go safely above the diner’s head, but they unfortunately didn’t get the right altitude and grazed the top of her hair. A split second later, the dancer’s left hand, which was holding the other end of the noodles, landed smack in the middle of her face.

It was a real facepalm moment. 🤦‍♀️

Hope she’s recovered from the incident

Due to the sudden nature of the slap, the lady dropped her glass in shock, breaking it.

At least she wasn’t drinking hot soup, which would have ended up badly.

MSNews hopes that the diner recovers from the shock of this incident quickly and hope that the Haidilao staff learn from it in the future.