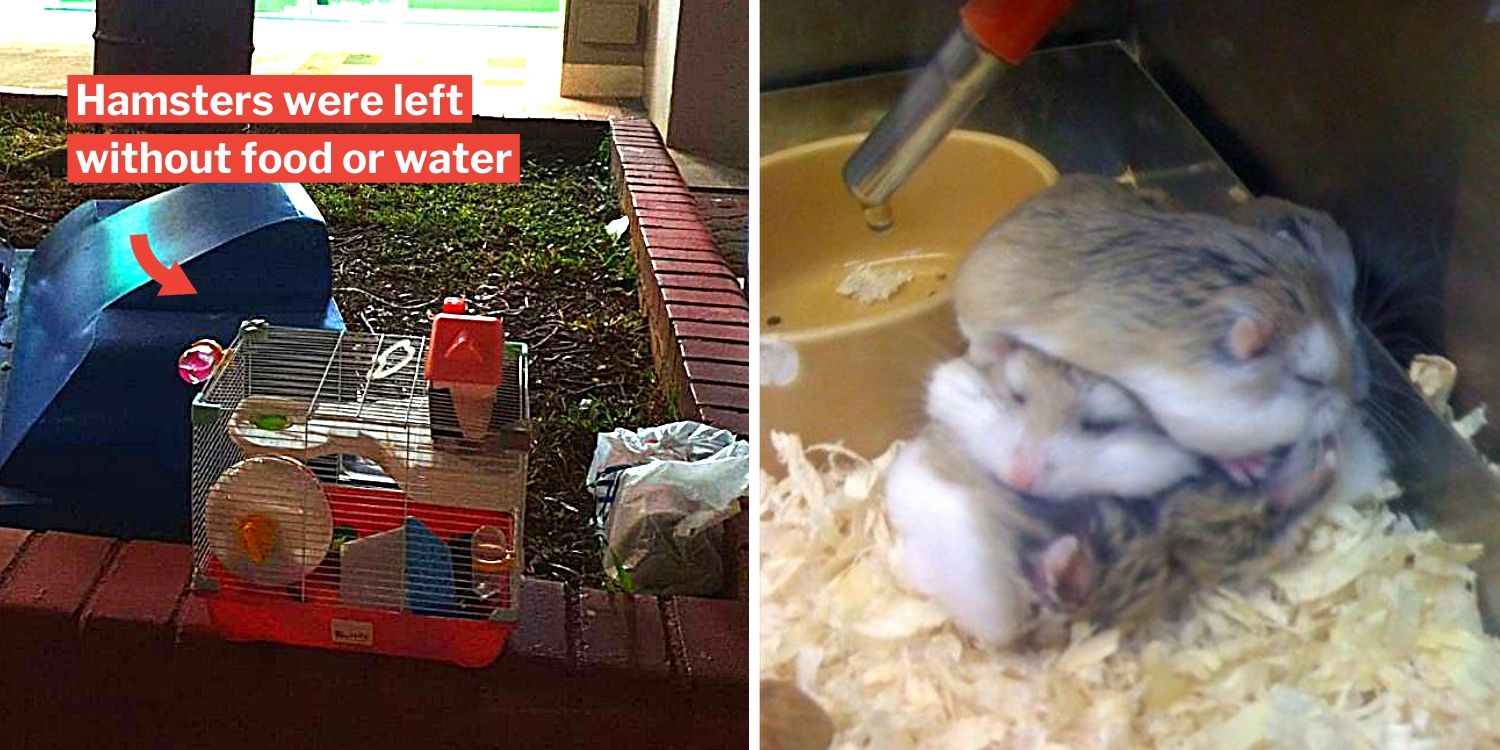 It seems the streak of animal cruelty in Bedok continues. This time, hamsters have been inhumanely dumped beside a rubbish bin in Bedok.

On Monday (16 Mar) night, Hamster Society Singapore was notified of an abandonment and rescue case regarding hamsters. 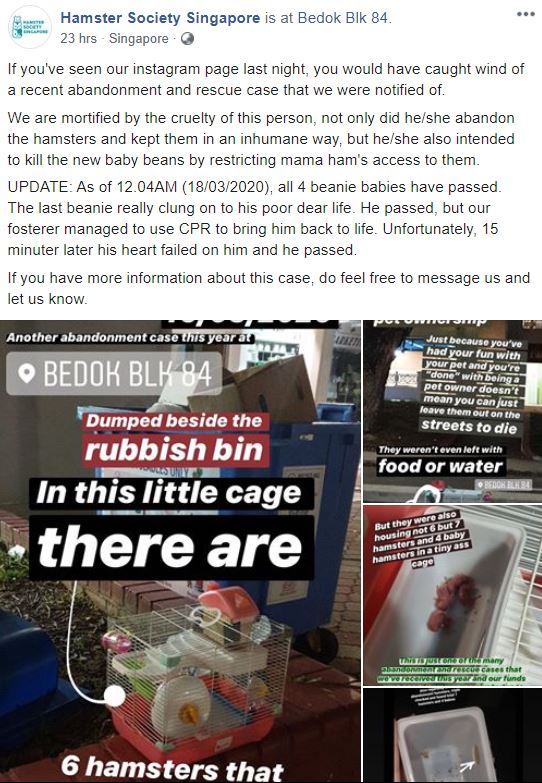 In a post on Facebook, Hamster Society Singapore revealed that 11 hamsters were abandoned in a tiny cage beside a rubbish bin at Block 84 Bedok North Street 4.

Hamsters abandoned without any food or water in a tiny cage

According to Hamster Society Singapore, 6 hamsters were abandoned in a little cage at Bedok Block 84. Depending on the breed, hamsters can get territorial so it is important for them to have ample space.

As the hamsters were all locked in a tiny cage together, they were already fighting when Hamster Society Singapore got to them. 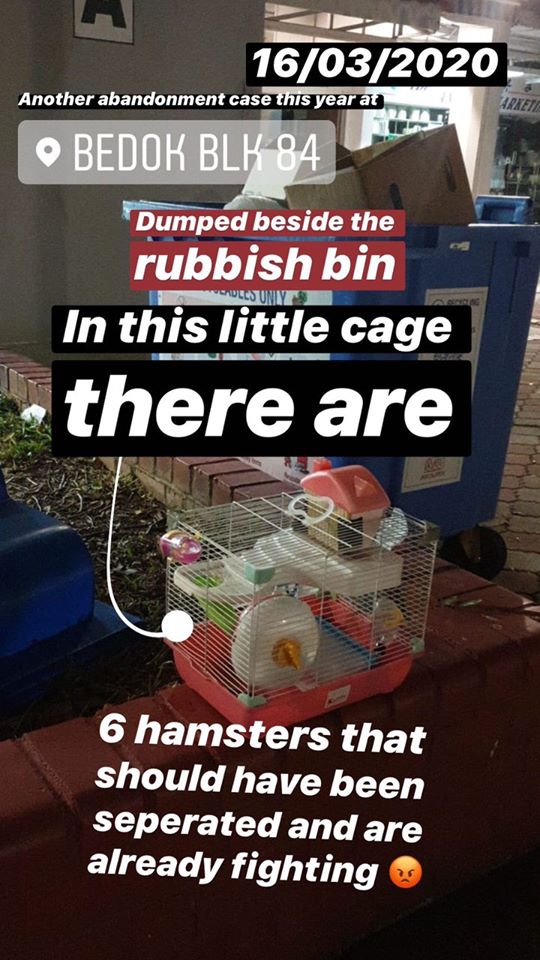 Chiding the culprit to be a ‘super irresponsible’ owner, the animal welfare group shared that the hamsters weren’t even left with food or water. 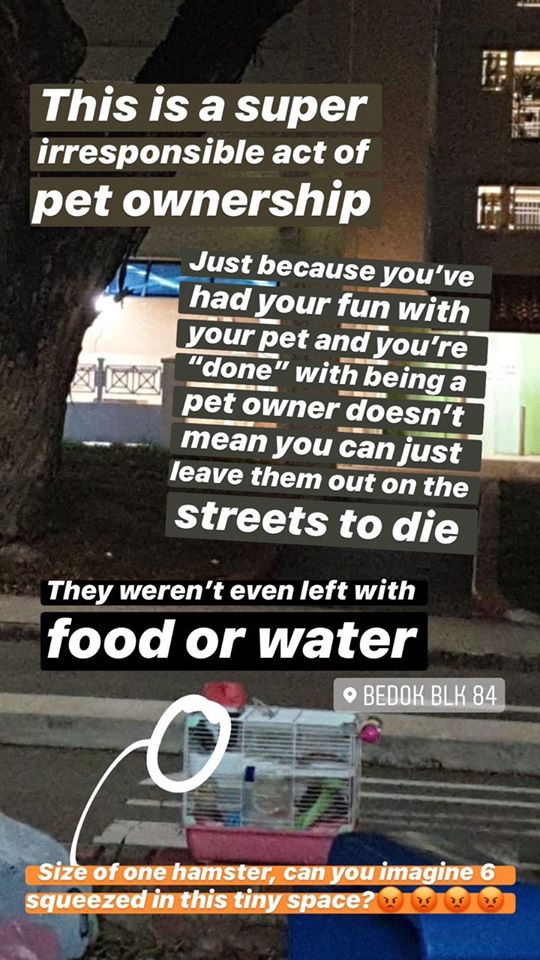 It was later revealed that there were not just 6 hamsters, but 7 adult and 4 baby hamsters. 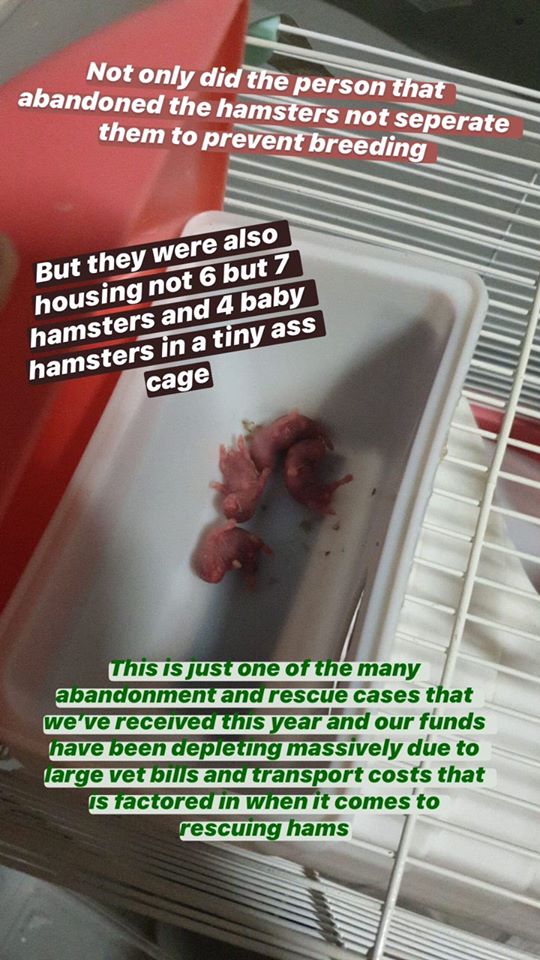 To make matters worse, the baby hamsters were intentionally locked in the hamster house. The owner used what looks like cardboard to block the entrance of the hamster house, preventing the mother hamster from reaching her babies. 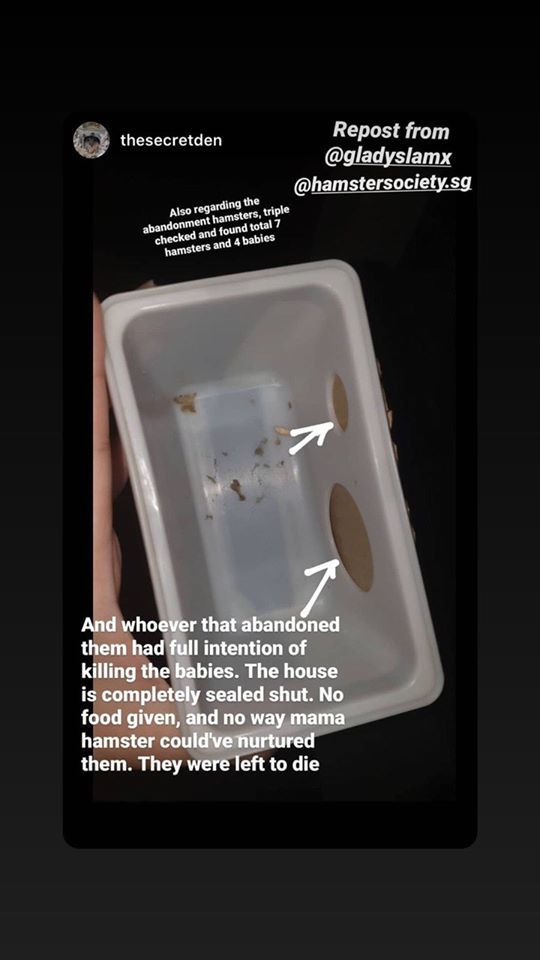 Sadly, Hamster Society Singapore revealed that the 4 baby hamsters did not survive at 12.04am (18 Mar).

Working together to stop animal cruelty

Hamster Society Singapore is seeking information from the public regarding this case. If you know anything about this abandonment, you can drop them a message at their Facebook page here.

Such cruelty should not be tolerated. All future owners should carefully consider if their lifestyles are able to accommodate the inclusion of pets. Let’s not have repeats of such inhumane actions.

Together, we can work together to stop animal cruelty.

Featured image courtesy of Hamster Society Singapore, and adapted from Pinterest. Image on the right is for illustration purposes only.