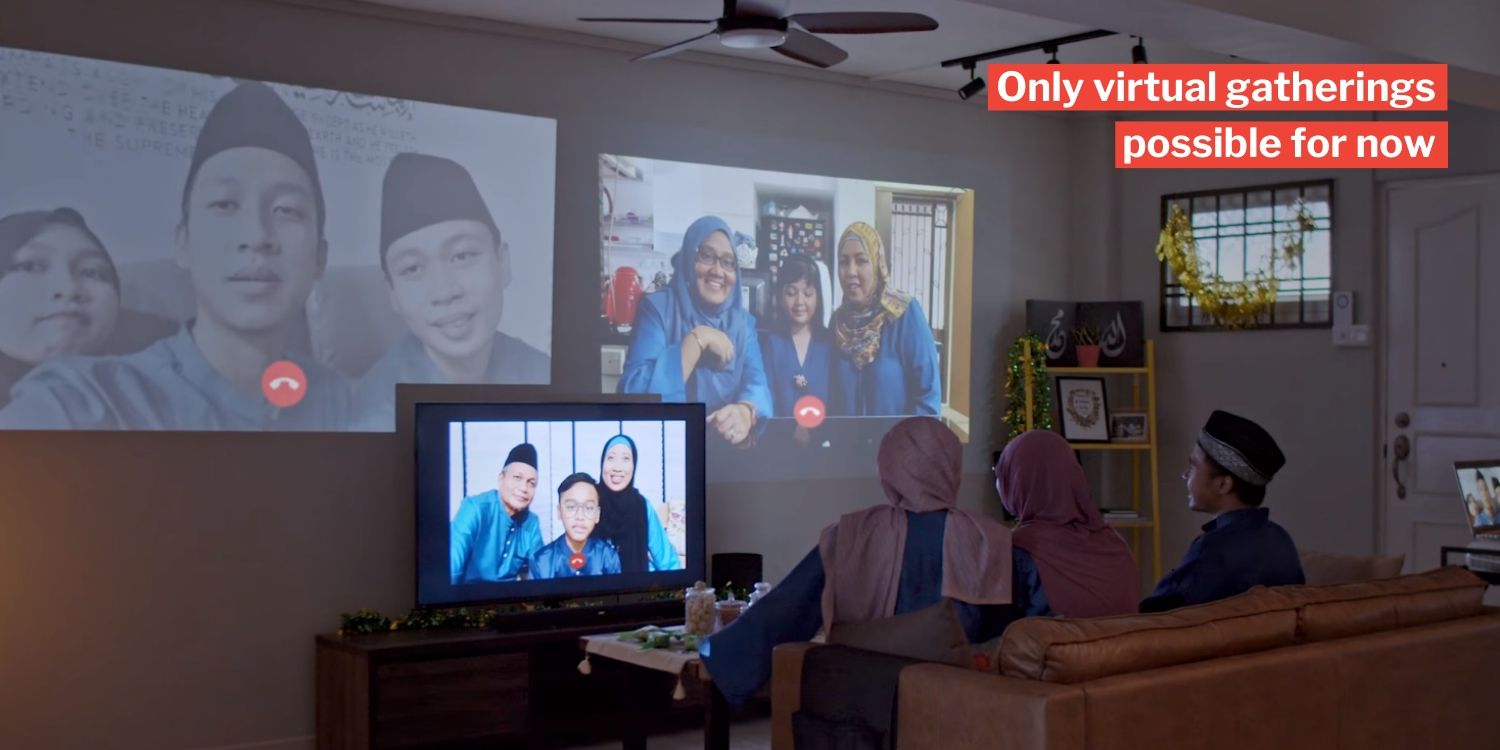 Hari Raya is just 10 days away, and the reality of celebrating it apart during ‘Circuit Breaker’ is finally settling in for many.

Perhaps in a bid to quell people’s worries, Muslim SG posted a touching video on Facebook today (14 May) depicting what celebrations may look like this year.

Within a few hours, the video garnered over 3,000 shares, reflective of how much it resonates with Singaporeans now.

In the Muslim SG video, a middle-aged mother fusses over Hari Raya preparations while her daughter seems indifferent at first. 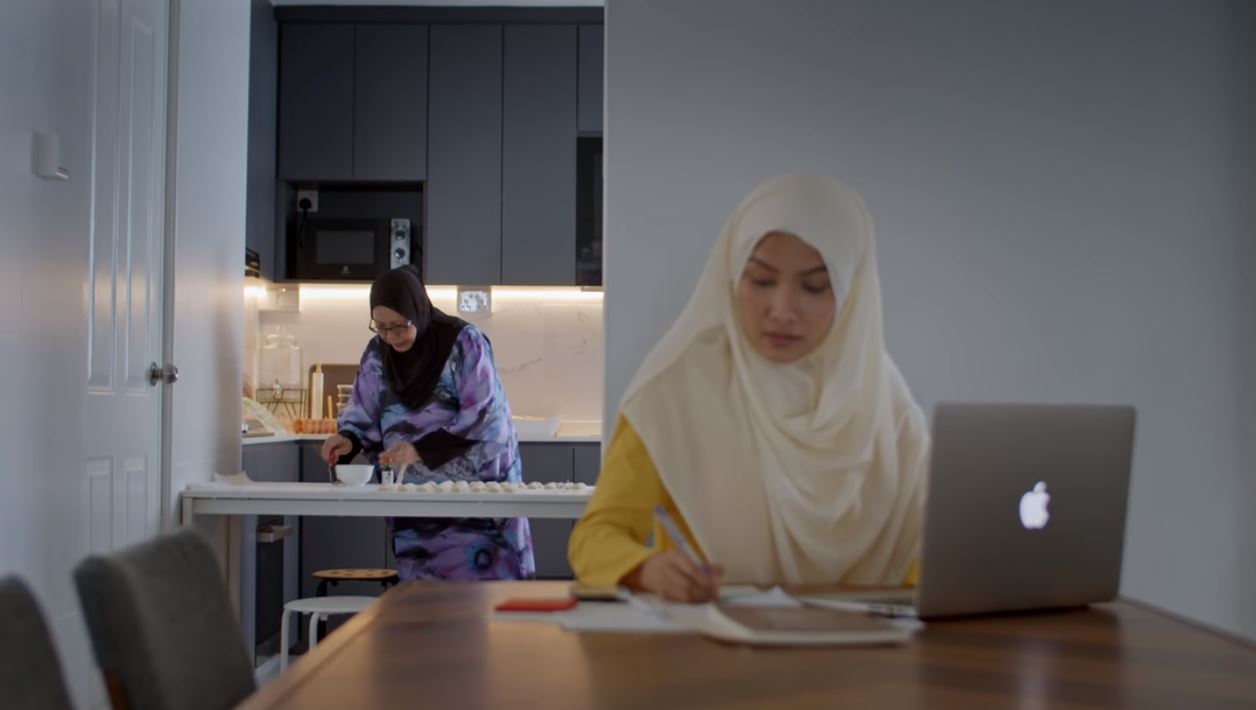 Her son reacts the same way, refusing to entertain her musings after he returns from a tiring shift as a nurse at a hospital. 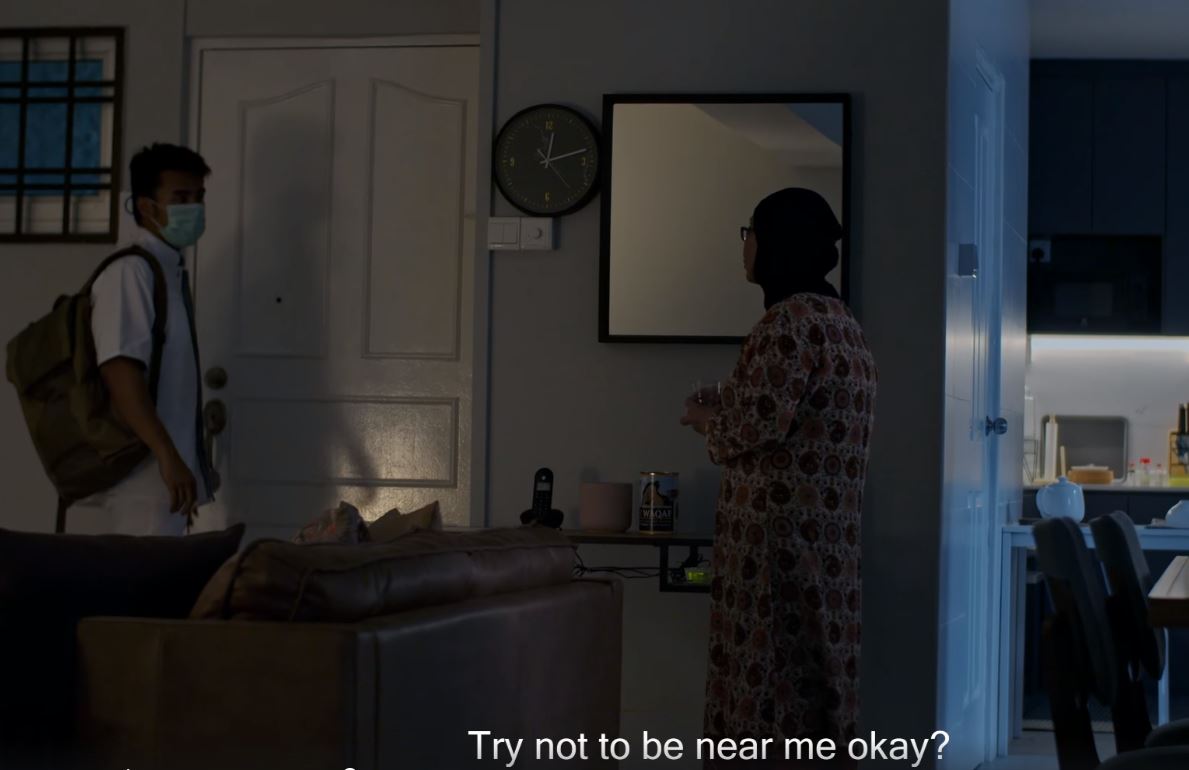 The dejection on her face after he tells her to keep a safe distance speaks volumes of the struggles many older folks face amidst the pandemic.

Unable to meet their relatives and mark a joyous occasion, the ‘Circuit Breaker’ measures are a difficult adjustment for them.

However, Muslim SG shows that safe distancing doesn’t have to put a dampener on Hari Raya festivities.

As it turns out, the younger family members’ nonchalance concealed a touching truth — a virtual gathering which they secretly arranged via video call.

For older folks who stay with their kids, the availability of this option becomes a relief.

Having the entire family together in one room, albeit only virtually, can hopefully cure some of the longing.

Like Minister-in-charge of Muslim Affairs Masagos Zulkifli explains in his sharing, “human connection will triumph over any obstacles.” 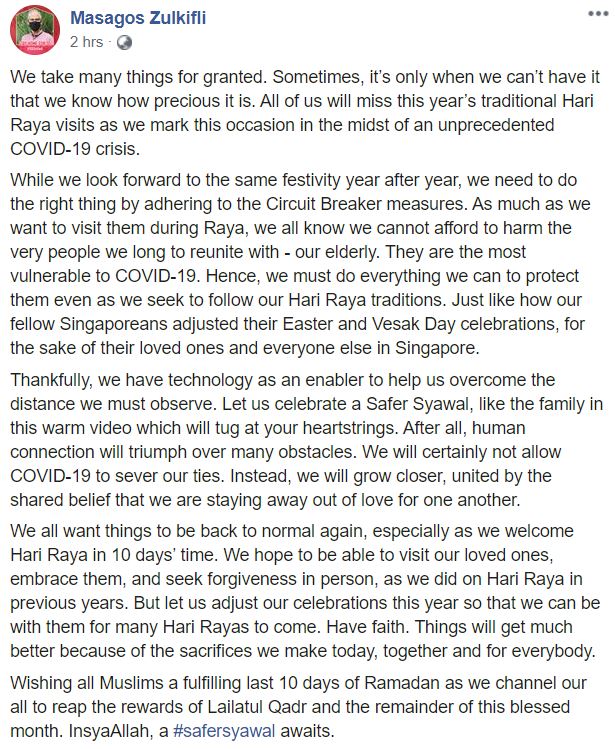 As much as we’d want to continue traditions and embrace our family while seeking forgiveness on Hari Raya, their safety is also important. He adds,

[L]et us adjust our celebrations this year so that we can be with them for many Hari Rayas to come. Have faith. Things will get much better because of the sacrifices we make today, together and for everybody.

He ends his post with the hope for a “Safer Syawal”, and an accompanying hashtag to encourage everyone.

Optimism aside, the video portrays the painful reality of a Hari Raya apart during ‘Circuit Breaker’ and maybe even beyond.

For families that have the luxury of technological alternatives, the pain may be milder, but for others, it’s a hard pill to swallow.

Nevertheless, this is only one Hari Raya to sacrifice for the sake of many others to come. Let’s try to find a way to cope with the changes now and keep our loved ones safe, so we can celebrate future occasions in the warmth of their company.