Heavy Traffic From JB To S’pore As Travellers Return, Journey Takes Up To 4 Hours 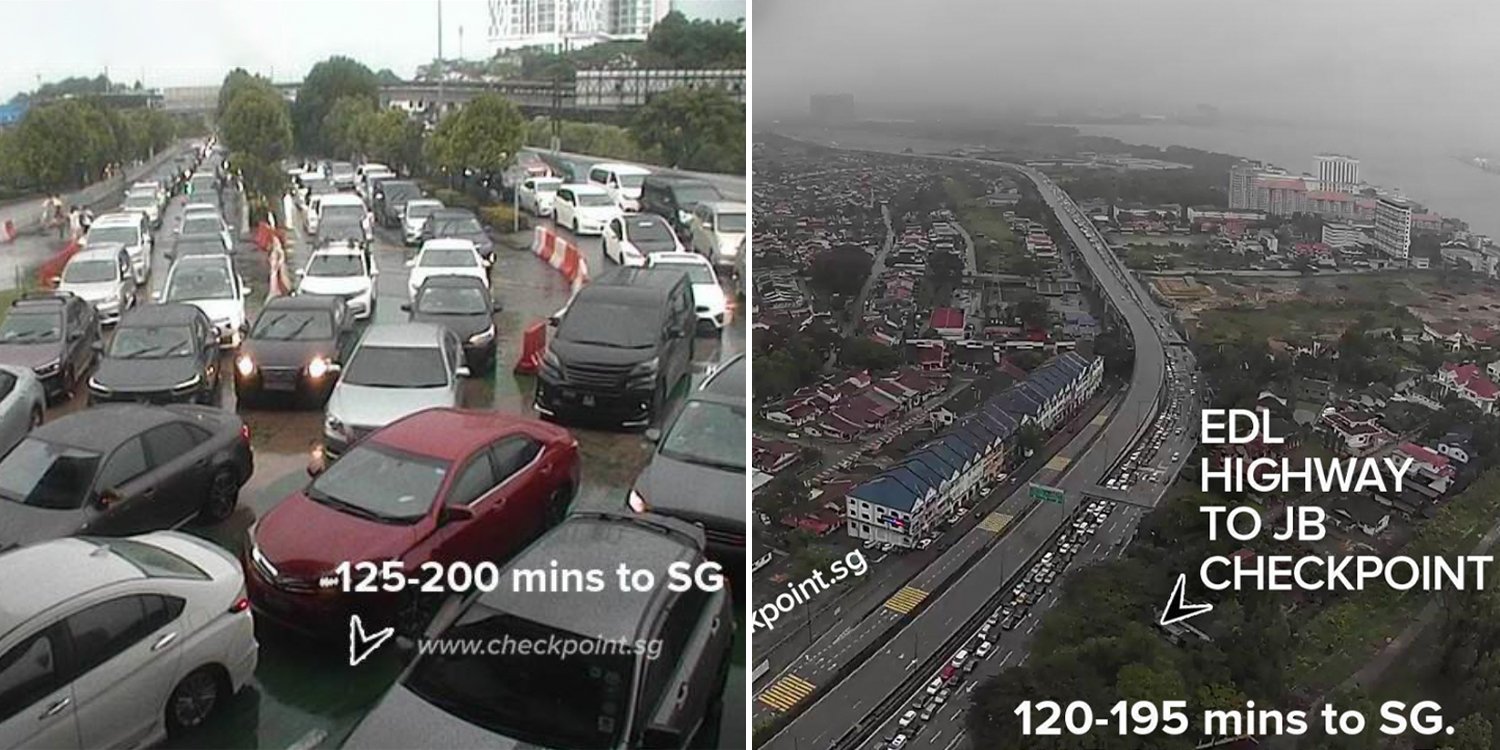 Traffic will likely reach a peak between 6pm and midnight today.

As the Chinese New Year long weekend is ending soon, many who travelled across the border to visit family and friends are now returning to Singapore.

On Tuesday (24 Jan), cars were stuck in bumper-to-bumper traffic at the Johor Bahru (JB) and Tuas Checkpoints as early as 9am. 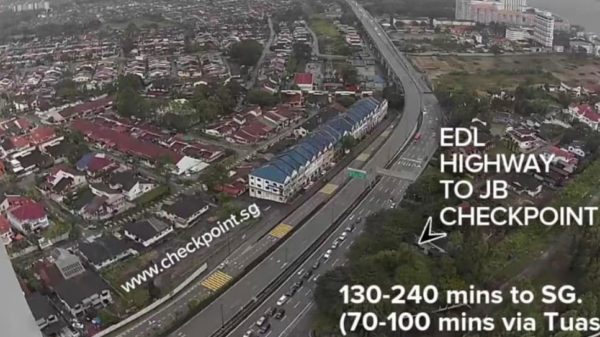 According to 8world News, the journey from JB to Singapore took between two and four hours.

Travel duration of up to 4 hours

On the third day of Chinese New Year (24 Jan), long lines of cars were seen returning from JB to Singapore.

Checkpoint.sg showed that at about 8.29am, there was already a jam at JB’s Eastern Dispersal Link (EDL) Expressway, which connects to the Johor–Singapore Causeway.

It was estimated that the time taken to travel to Singapore would be between 130 and 240 minutes.

At that time, traffic at the Woodlands Causeway still seemed clear, but there was already heavy traffic at Tuas Second Link.

8world News reported that at 8.53am, the estimated time taken to travel to Singapore via the Tuas Second Link was between 70 and 105 minutes.

Slightly before 9am, the roads toward the JB Checkpoint and before the Woodlands Checkpoint were all congested.

At 9.50am, the estimated time taken to travel from JB to Singapore was between 105 and 205 minutes. However, in the opposite direction, there was no congestion from Singapore to JB throughout the entire time.

As the day went on, the heavy traffic showed no signs of abating.

At 2.40pm, there was no end to the long lines of cars stuck along the EDL Expressway toward the JB Checkpoint. The estimated travel duration to Singapore was between 120 and 195 minutes. 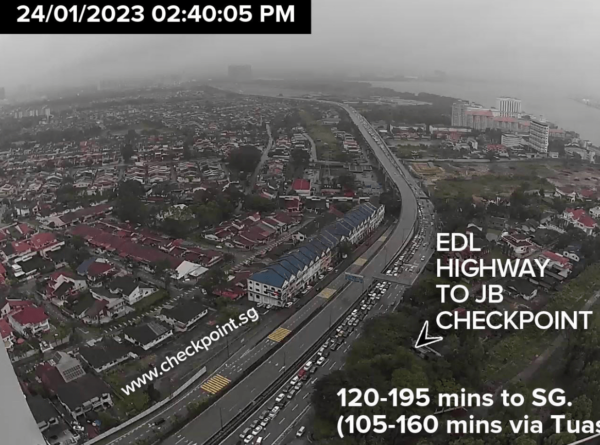 Cars were in bumper-to-bumper traffic at the entrance of the JB Checkpoint. 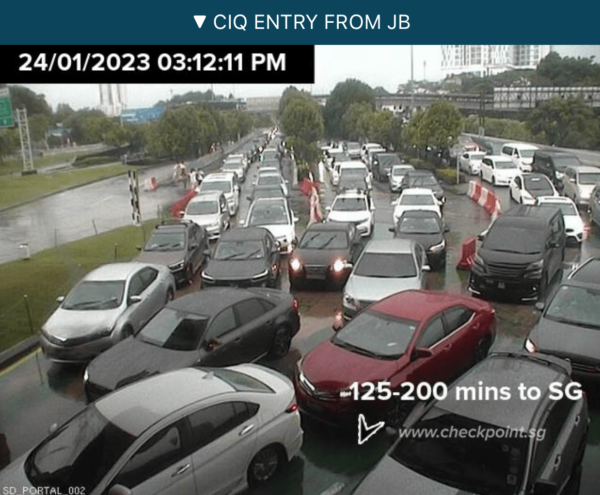 At 3.12pm, the estimated travel duration from the JB Checkpoint entry to Singapore increased to between 125 and 200 minutes.

According to reports, the heavy traffic from JB to Singapore began on the night of Monday (23 Jan), the second day of the Lunar New Year. 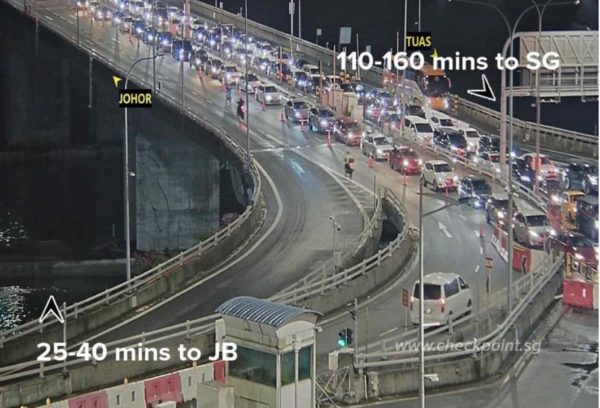 Traffic likely to peak after 6pm

With most people returning to work on Wednesday (25 Jan), many travellers were hoping to avoid the jam by making the journey back earlier.

Traffic from Malaysia to Singapore will likely peak today between 6pm and midnight.

Prior to the Chinese New Year break, the Immigration and Checkpoints Authority (ICA) advised travellers to factor in additional travel time due to predicted heavy traffic.

It is also advisable to check the traffic situation on the One Motoring website or Checkpoint.sg before embarking on their journey.