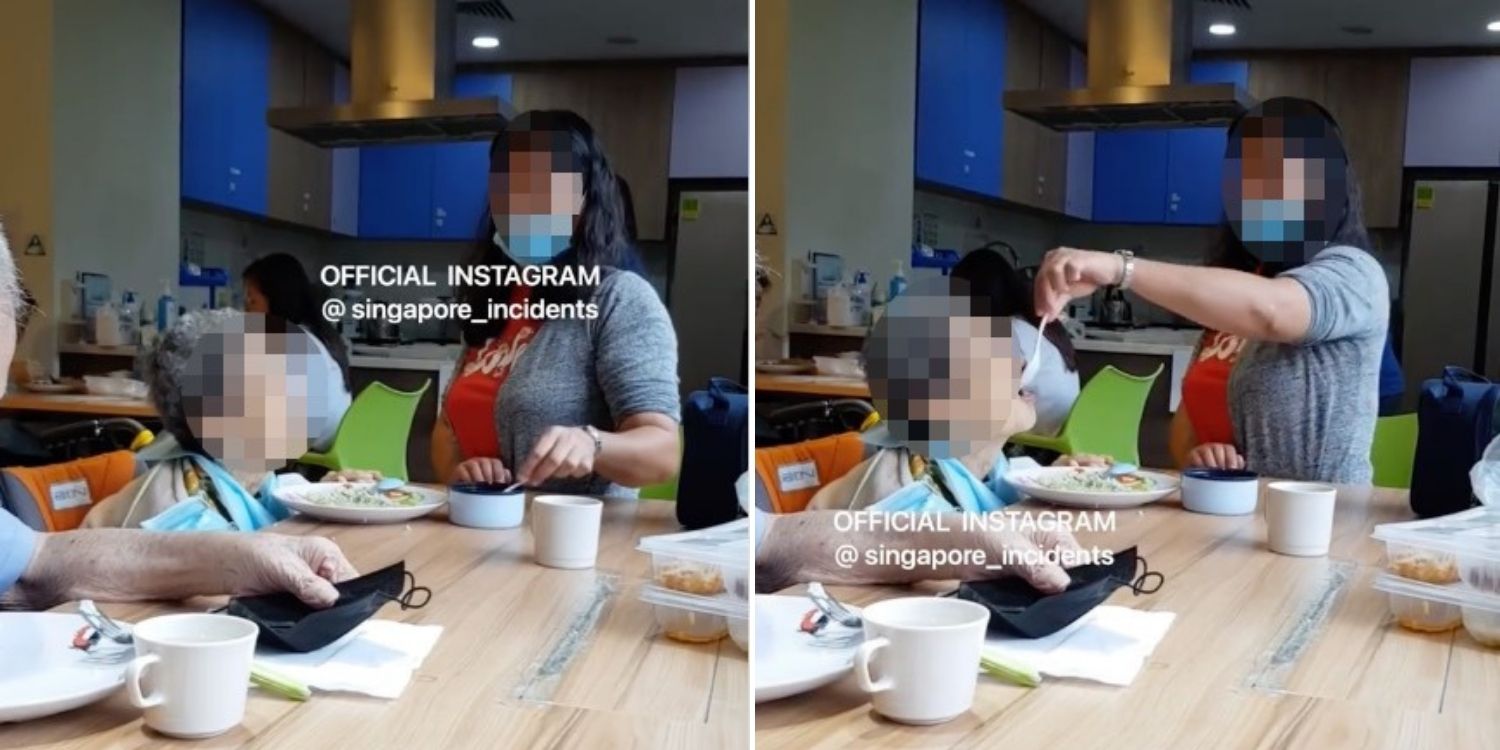 Some wondered why the person who recorded the video did not intervene.

Some adults do not have the luxury of time to provide their elderly parents with the care they require. Therefore, they may decide to entrust helpers to assist them.

While some helpers share very loving relationships with the families they work for, that sadly isn’t always the case.

On 19 May, a video of a helper feeding an elderly woman received backlash as netizens felt she was being too rough. 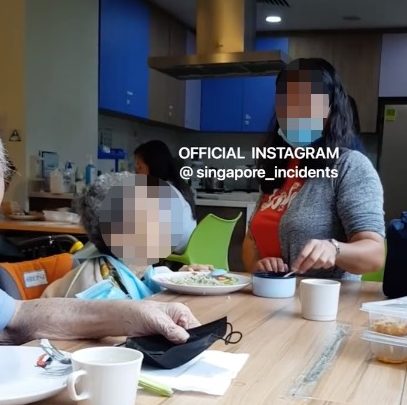 Strangely, the clip, which was shared on the Singapore Incidents’ Facebook and Instagram pages, appears to have been removed and is no longer available.

In the video, an elderly woman sits at a dining table, seemingly unable to feed herself.

Next to her, a helper uses one hand to shovel food into the old lady’s mouth.

After each mouthful, the helper uses the spoon to scrape the old woman’s chin, presumably to clean up any food that falls out.

The video angered many netizens, who pointed out that the helper was being too rough.

One even went so far as to describe the helper as being full of “hate”.

Others empathised with the helper, saying that she could be having a hard time herself. However, they maintained that this does not justify her actions.

Some also questioned why the person recording the video did not intervene, especially if they disagreed with the helper’s methods.

Before anyone could provide a proper explanation, the clip was deleted or set to private and is no longer accessible.

Too early to jump to conclusions

It’s indeed disheartening to witness an elderly person being treated with such impatience. However, there isn’t enough information for anyone to jump to conclusions.

Regardless, everyone deserves compassion and respect, especially the vulnerable.

Hopefully, the relevant authorities will look into this matter and take action if needed.