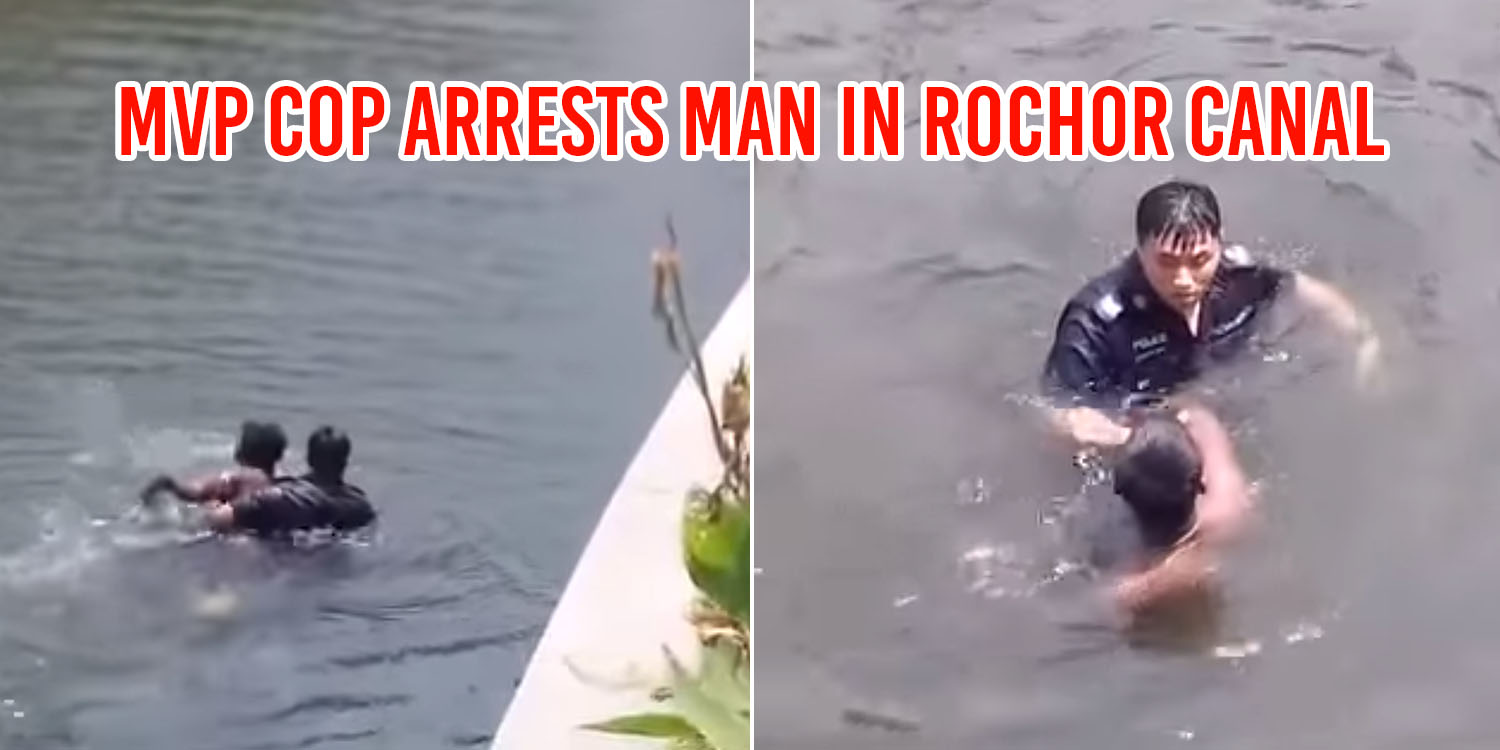 A 26-year-old man was arrested after allegedly molesting a woman and causing a ruckus in a church on Saturday (29 Sep).

He jumped into the Rochor Canal in an attempt to flee but was caught by a policeman who went after him.

A video of the incident has been circulating online, it showed the man putting up a struggle while he was being apprehended by a policeman in the waters of the canal. The incident took place last Saturday afternoon (29 Sep) at the Church of Our Lady of Lourdes. A woman was praying at the open-air grotto in the church compound when the man sat down next to her.

He appears to be in a drunken stupor when he tried to grope her, according to The New Paper.

Alarmed, she got up and ran out in a panic immediately.

The 63-year-old parish priest Father Michael Sitaram who was in the church then alerted the police about the incident.

In the meantime, other churchgoers who noticed the commotion tried to detain the man. However, their efforts only made him more hostile.

He began to yell at everyone, made aggressive gestures at bystanders and even took off his shirt.

The man picked up a wooden bench and tossed it right at a churchgoer who, fortunately, managed to dodge it.

Before anyone else could react, the man landed a punch at him and fled the scene.

Heroic cop enters the water to catch the alleged molester

The man was said to have fallen into the 1.5m-deep drain right outside of the church compound, as reported by The Straits Times.

When the police arrived at the location, the man made his escape by entering the Rochor Canal and swam under a tunnel.

A particularly heroic police officer jumped into the waters without a second thought and managed to arrest him. 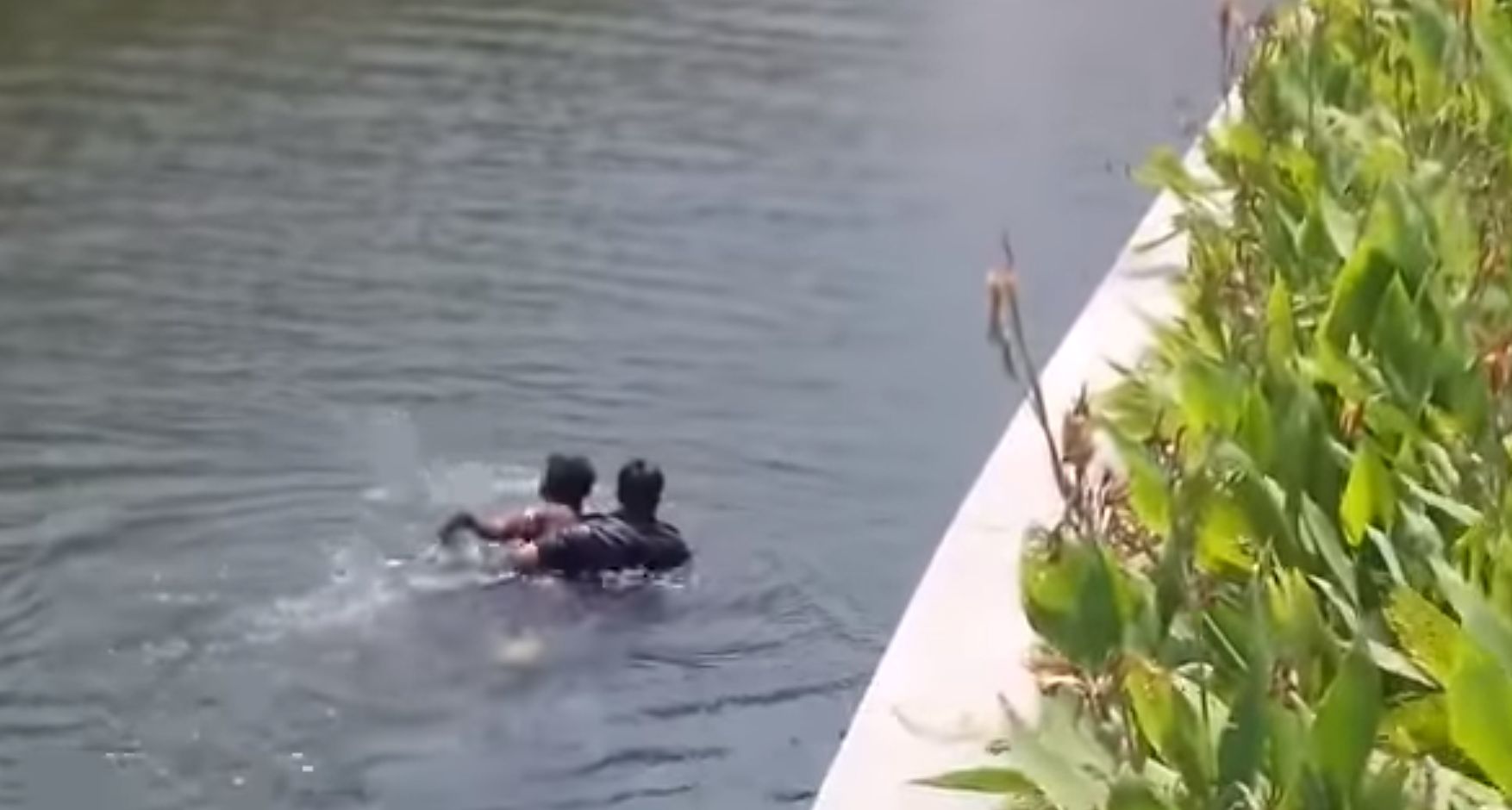 The deed was captured in a viral video, which showed the alleged perpetrator being shoulder-deep in water, while the officer supported him by his arms.

This commotion gathered several curious onlookers and the alleged culprit was said to be conscious when he was being sent to Tan Tock Seng Hospital.

He was arrested subsequently for using abusive words against a public servant, intentional harassment and drunkenness in public places.

This was definitely not a usual Saturday afternoon.

Thanks to the heroic police officer who went beyond his regular call of duty, we’re glad that the alleged molester was apprehended swiftly.

Major props to our boys in blue, who do their best to keep us safe on a daily basis.