The taxi helped to block off the lane for the uncle.

Driving on the road might be a quicker way of getting around than public transport, but one must be alert and follow the rules at all times.

A netizen came across a hit and run along New Upper Changi Road before Chai Chee Road.

A scooter rider along with his wife, on pillion, were involved in the incident. They’re now looking for witnesses.

An image of the scene shows paramedics having arrived on the scene. 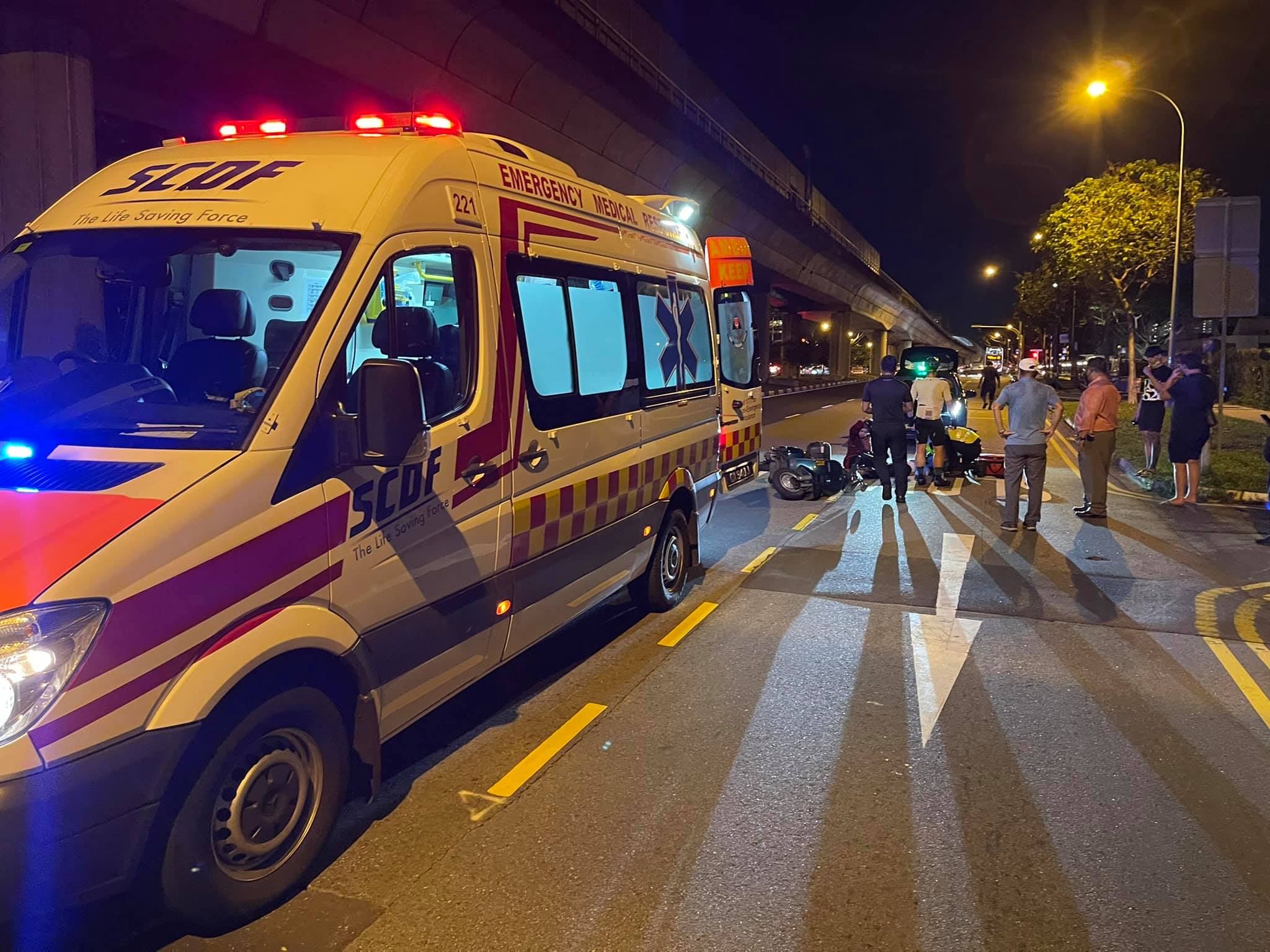 From pictures taken, paramedics are attending to an uncle, who the netizen said had lost a lot of blood. 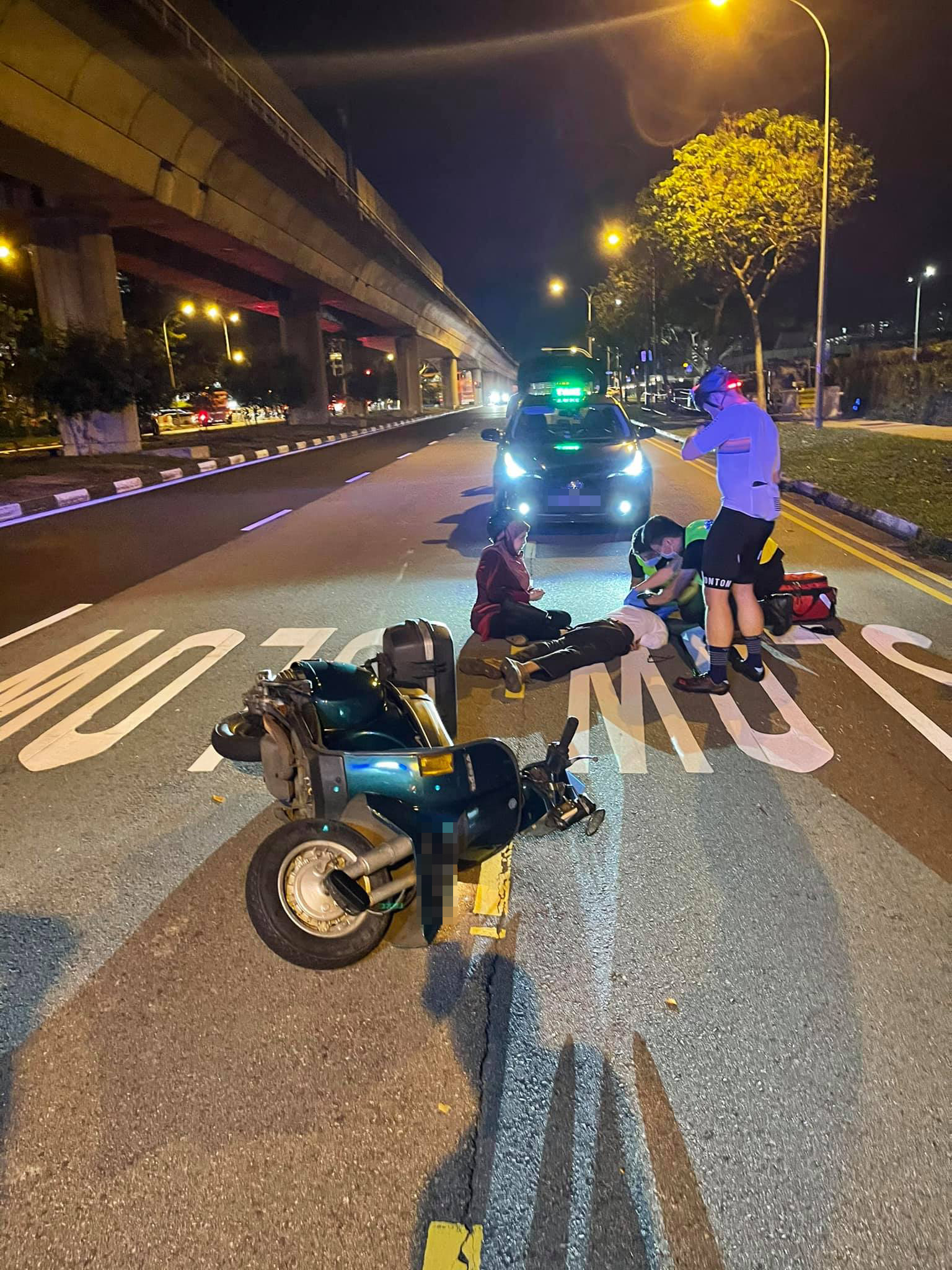 A taxi parked behind them is blocking off the lane where the uncle was lying, so that oncoming cars won’t travel into their path. The netizen is appealing on behalf of the victims for any footage or eye witnesses of the incident to step forward.

Some netizens commended the taxi driver for helping out in their own way, despite this meaning they’d lose out on income by doing so.

Others advised all motorists to install a camera for traffic incidents.

Rest in peace to the uncle

Kudos to the taxi driver as well as the netizen and other passers-by who rendered assistance at the scene. Many Singaporeans certainly do not lack in compassion as demonstrated from such incidents.

Unfortunately, according to someone who’s apparently a relative, the incident claimed the uncle’s life.

MS News hopes the uncle rests in peace and we offer our condolences to his family and loved ones.

Anyone who has information or was a witness to the incident can contact the OP on Facebook.