Homeless Mother Of 3 Now Owns A Tech Start-Up After A Divorce Left Her With $5.35

As feel-good stories go, the inspiring journey of this young mother will change your perspective on life forever.

She emerged victorious after a hard-fought battle to support her family against all odds.

The resilient lady bared all in touching Facebook post shared by Beyond Social Services on Tuesday (24 Jul), which has garnered 1.1k shares at the point of writing. 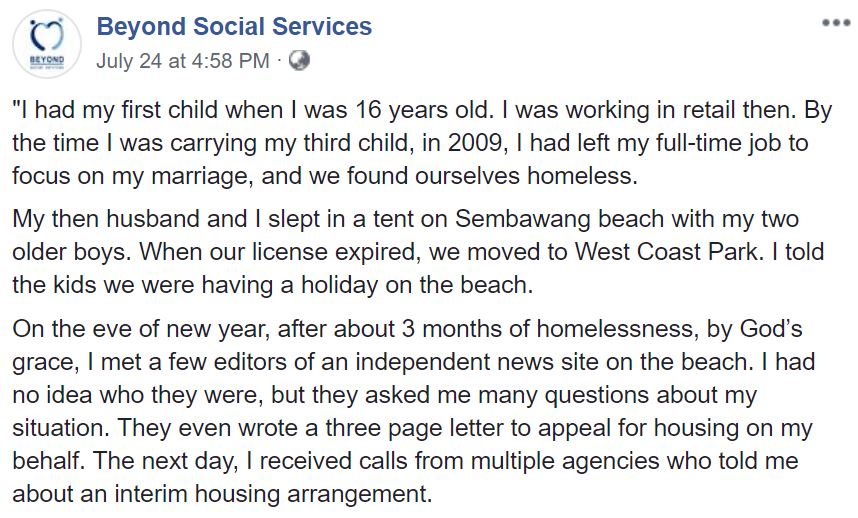 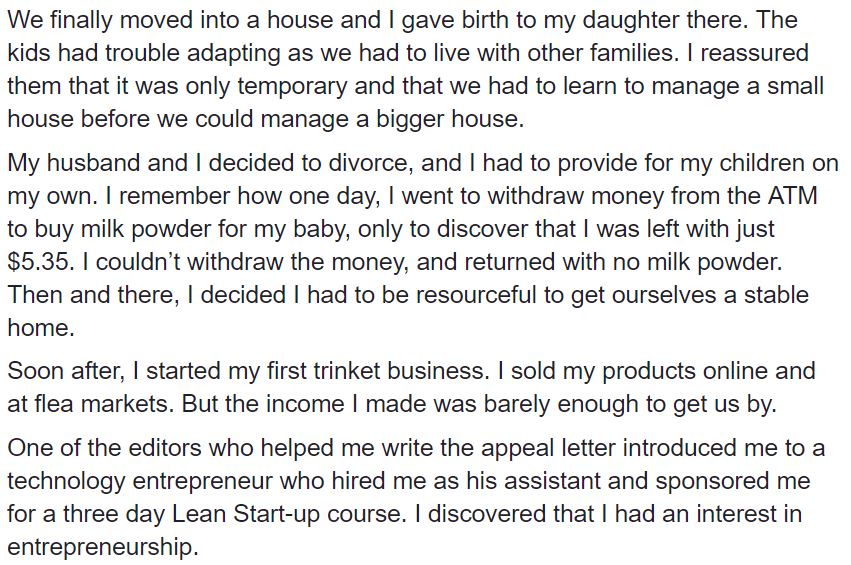 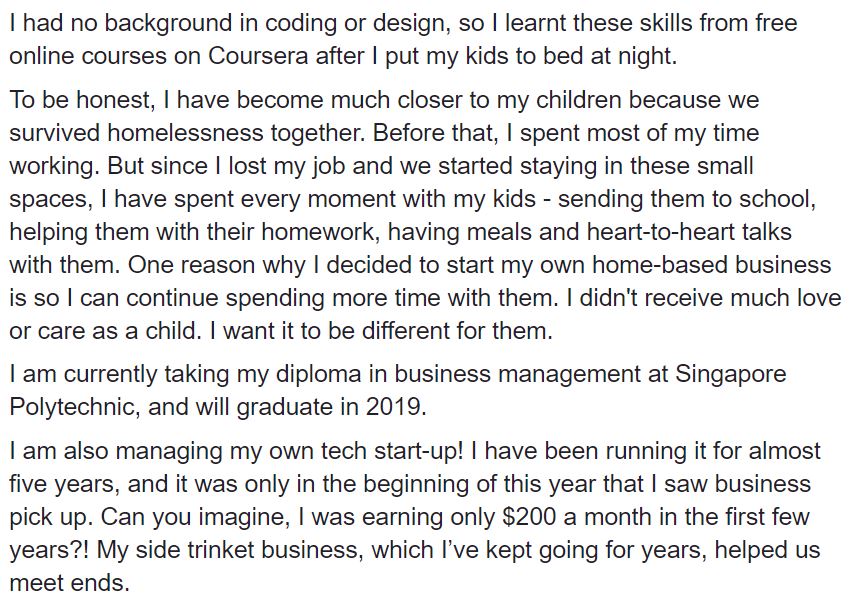 She was only 16 years old when she had her first child.

In 2009, while she was heavy with her third, she decided to leave her full-time job to “focus on her marriage”. 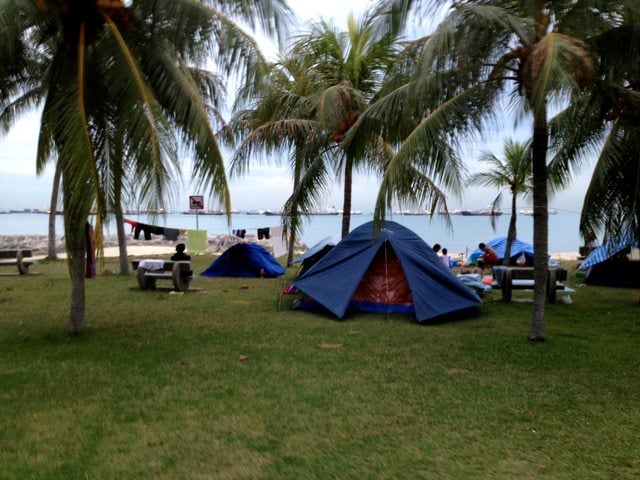 Left without a roof over their heads,  the family, with her husband & 2 older boys in tow, spent nights on Sembawang beach in a single tent.

After their license expired, they were forced to move to West Coast Park. She explained to her children that they were “having a holiday on the beach”.

They lived like this for 3 more months, until a fateful encounter changed the course of her life forever.

On New Year’s Eve, her family’s plight soon saw a turning point, in the form of 3 good Samaritans.

The editors of an independent news site, identified as The Online Citizen by netizens, were moved by her situation and wrote a 3-page letter for housing on her behalf.

She began the year afresh with “calls from multiple agencies” — they had come up with an “interim housing arrangement” for her, just a day after the appeal was sent.

After 3 months of homelessness, they would finally get a roof over a head and a proper living space to call her own.

Although they shared the house with other families, it was a marked improvement from living on the beach.

Her baby girl was born soon after, but her older children had “trouble adapting” with communal living.

The marriage with her ex-husband, was also short-lived as the couple decided on a divorce.

As a single mother, she recalls her almost desperate situation,

I remember how one day, I went to withdraw money from the ATM to buy milk powder for my baby, only to discover that I was left with just $5.35. I couldn’t withdraw the money, and returned with no milk powder.

Undeterred by her circumstances, she resolved to be “resourceful” to secure “a stable home” for her children.

Trinkets for survival, courses at night

The young mother began an online trinket business, hawking her goods at flea markets. But the income she made was “barely enough” to get by.

One of the editors who had helped her before, introduced her to a tech entrepreneur, who hired her as an assistant.

He sponsored a 3-day “Lean Start-up course” where she discovered her passion for “entrepreneurship”.

Every night, after she put her children to sleep, she would take up free coding and design courses on Coursera.

Ever the optimist, the young mother attributes her close relationship to kids to the homeless nights they spent together.

Before, she’d been a workaholic.

But after she lost her job, and began staying in small spaces with them, she quips,

I have spent every moment with my kids – sending them to school, helping them with their homework, having meals and heart-to-heart talks with them.

Her interest in starting a home-based business was also so she could prioritise time with them.

I didn’t receive much love or care as a child. I want it to be different for them.

A boss lady who will graduate soon

So where is she now?

The hardworking mother hopes to complete her Diploma in Business Management at Singapore Polytechnic by 2019.

Her 5-year-old tech start-up is also growing from strength-to-strength — bouncing back strong from the days it earned her a mere $200 a month.

She’s also found her better half, and is happy where she is now in life.

Giving back to homeless families

She now acts as an advocate for the voiceless in the homeless community.

Doing for them, what was done for her during that fateful beach encounter, by “linking them up to resources” and “acting as a middleman”.

She also participates in monthly Tabung with her children — distributing food rations in the neighbourhood.

Stick by your values

To families in similar situations in Singapore, she hopes to inspire them with her story,

Think out of the box for solutions, stick by your values, and surround yourself with people who build you up.

Most of all, she encourages them to plan ahead, rather than think only of the “here-and-now”.

This inspiring mother’s lifestory will be a beacon of hope to those who have found themselves in the same predicament.

She’s living proof that no matter how tough life gets, anyone can turn their lives around with sheer hardwork and determination.

Featured image from Under The Angsana Tree.