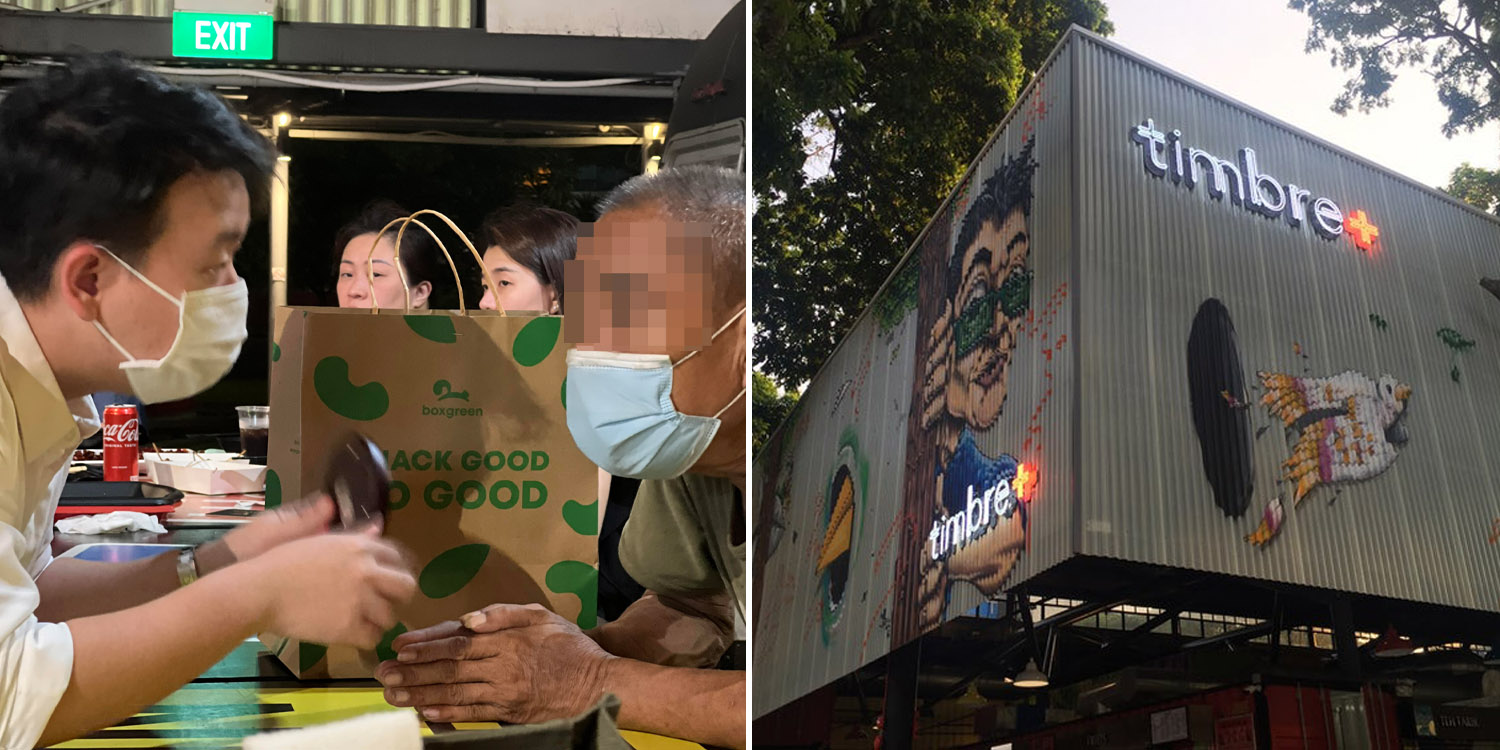 The uncle had wandered around the place for almost an hour.

Man Treats Homeless Uncle Who Could Not Afford Meal

Although most of us tend to notice when individuals walk around aimlessly, not many will approach them to ask if they need help.

However, doing so may grant us the chance to help someone who does not have the courage to let others know they’re in need.

On Friday (20 May), an elderly uncle was spotted roaming around the food stalls at Timbre+ One North at around 9pm.

After almost an hour, a man decided to approach him and invited him to sit down. 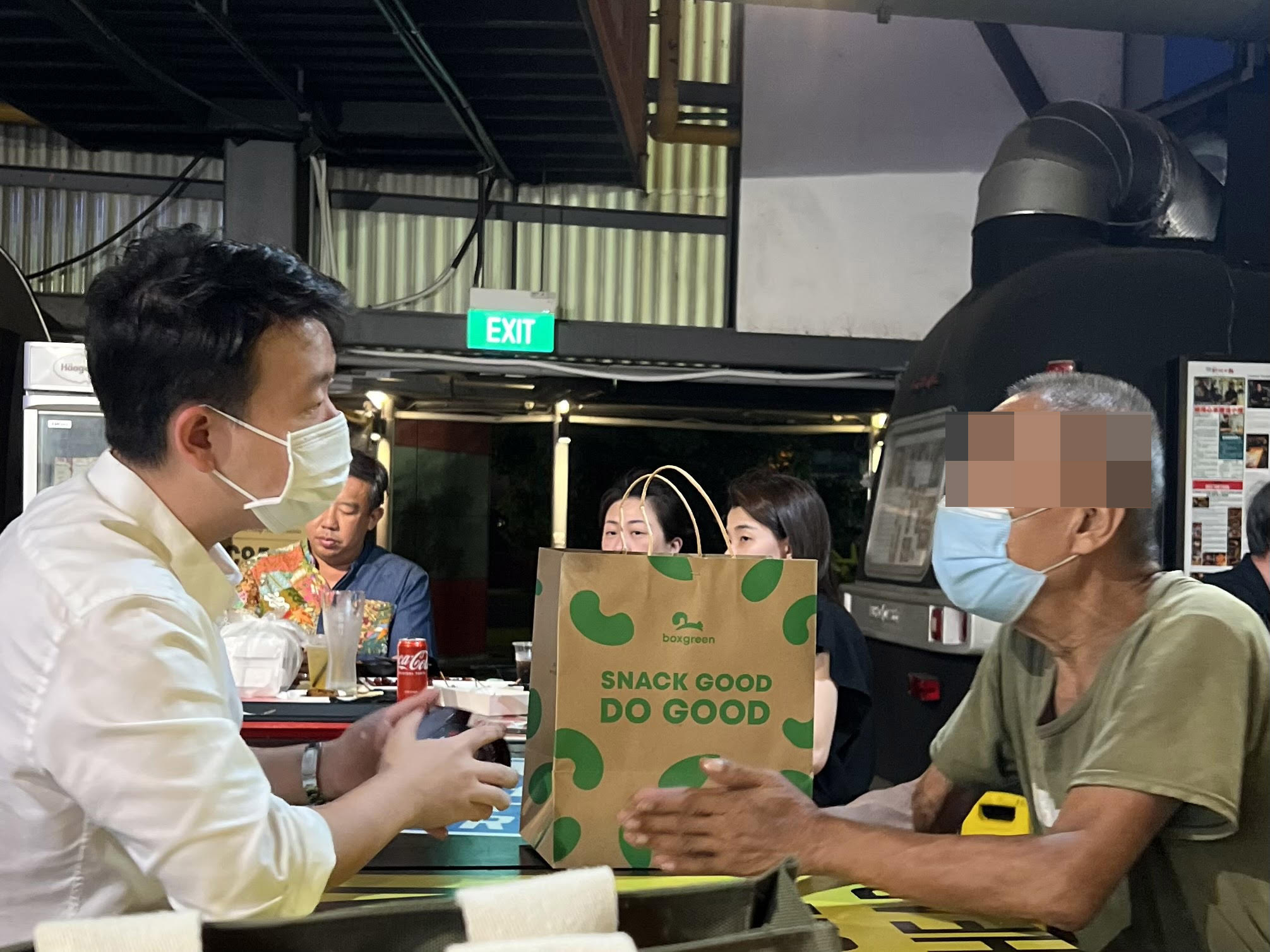 After learning that the uncle was homeless and could not afford food, he bought dinner for the uncle.

An MS News reader witnessed the scene and captured photographs in the hope of inspiring more Singaporeans to help others in need.

Uncle roamed around food stalls for almost an hour

In a tip-off to MS News, the reader said they were dining at Timbre+ One North on 20 May at around 9pm when they noticed an elderly uncle in “rather ragged clothes”.

As he roamed around, he kept staring at the food stalls. He continued doing this for almost an hour.

Later, the reader spotted a man approaching the uncle.

After speaking to him for a few minutes, he invited the uncle to sit down. The man then stepped away for a short while.

Soon after, he returned to the table with a paper bag filled with snacks.

The MS News reader realised that the man had bought dinner for the uncle as he handed him a food order buzzer as well. 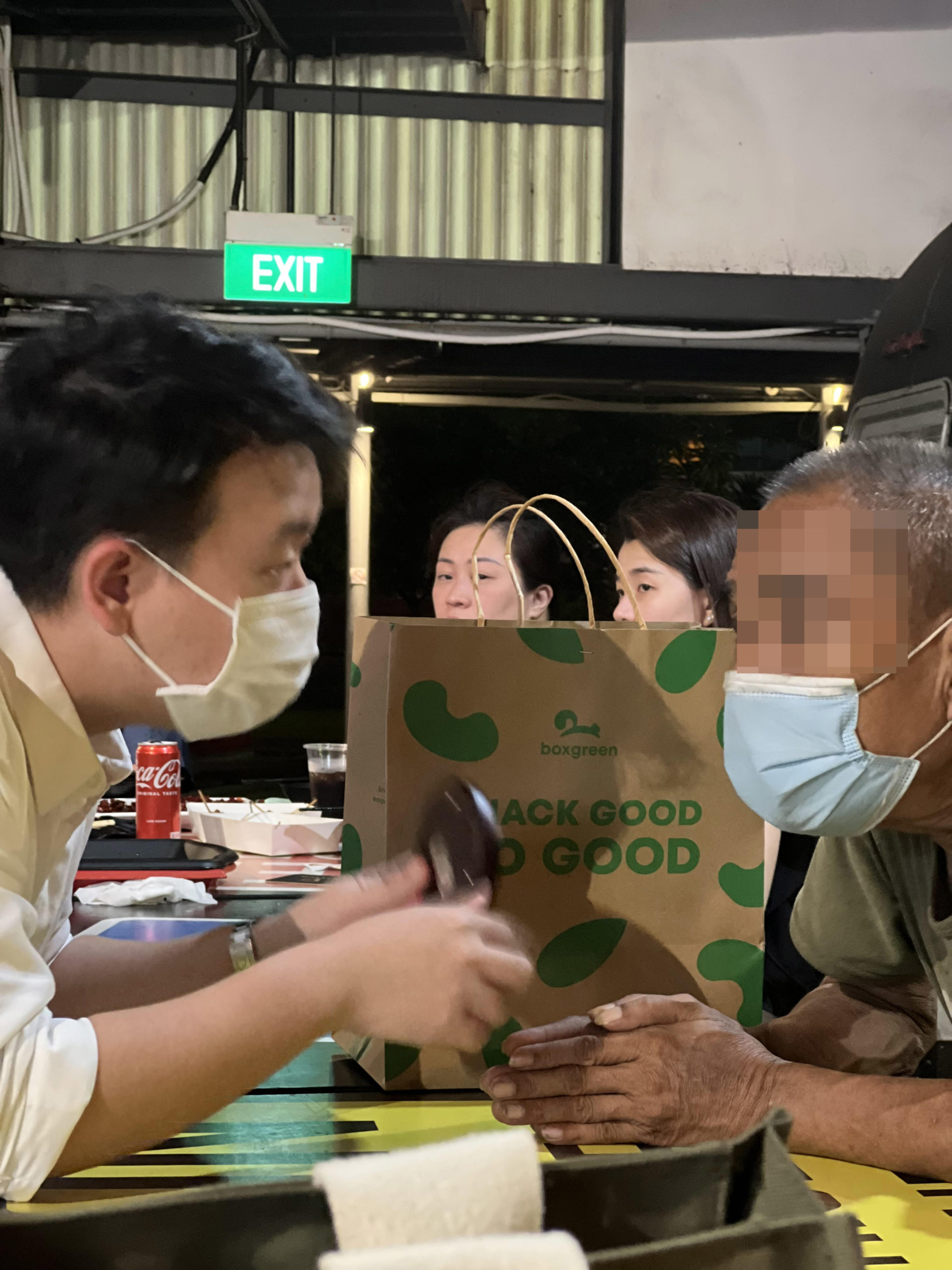 Man treats homeless uncle after realising he could not afford food

Following the incident, the MS News reader asked the man if he knew the uncle.

He replied that he did not know him but saw him roaming around and asked if he needed any help.

After speaking with him, he learned that the uncle was homeless. He had been walking around hungry for a few hours as he could not afford to buy food.

The reader shared that it was great to know that there are such kind individuals like the man around.

Honestly, I believe everyone seated around me also saw the uncle, but nobody came up to check on him, including myself – which I came to be ashamed of after this incident.

Sharing the man’s kind deed, the reader hopes that more people in Singapore will be more aware of individuals like the uncle who need our help.

Hopefully, it will also inspire others to be the ones to lend a helping hand to others who are in need.

Reach out to others to offer help

We applaud the man for reaching out to the uncle and generously treating him to a meal.

While many of us in Singapore do not have to worry about our next meal, not everyone has such good fortune.

So the next time you see someone looking lost, why not check in on them and see if you can offer some help?