Hong Kong Protesters Give Way To Ambulance, Show The World How To Protest With Class 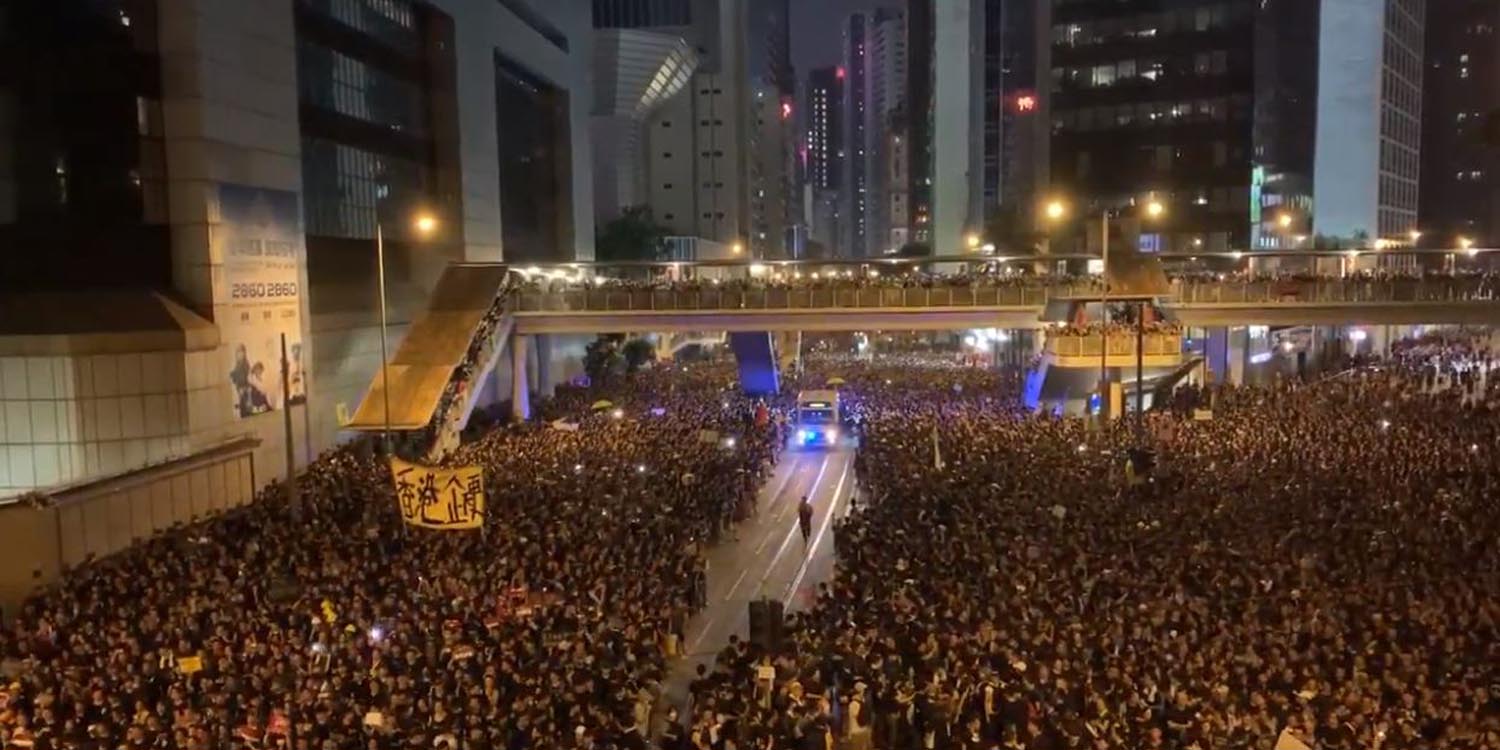 Praise be to you, Hong Kong citizens.

If there’s one thing you need to see before Monday ends, it’s the stunning scene of Hong Kong protesters giving way to an ambulance.

Despite pouring into the metropolitan’s streets like butter spread on bread, protesters – a whopping 2 million of them – made no fuss in a crucial time of need. 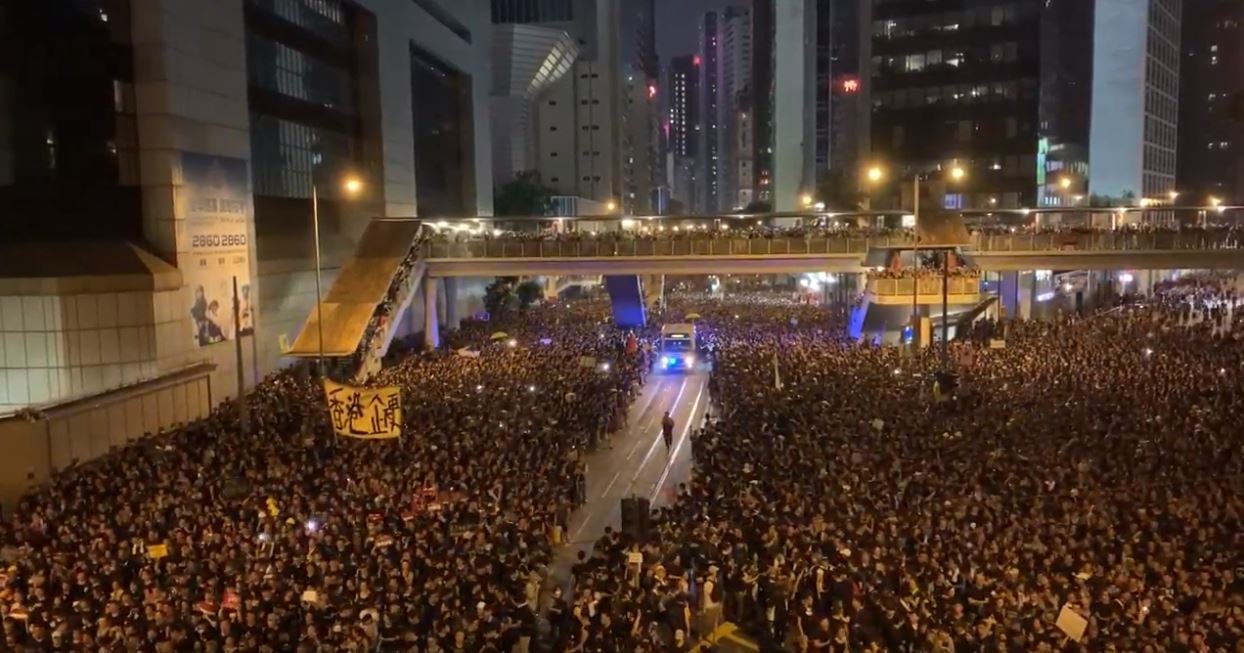 Praise be to thee, Hong Kongers.

On Sunday (16 Jun), videos surfaced online of an ambulance crossing a literal sea of black. 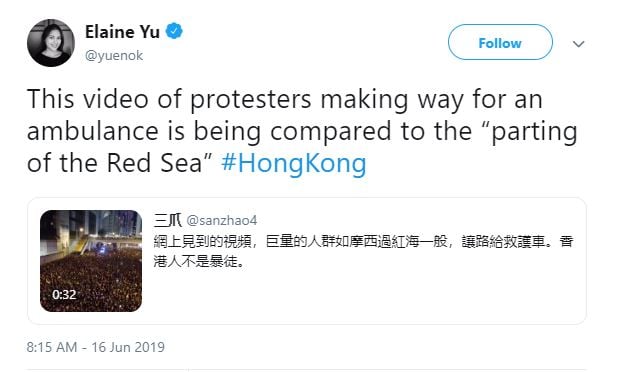 This biblical metaphor is highly favoured by social media users & media news outlets in reports of the awe-inspiring moment.

Praised for their level of dignity & civic-mindedness

All over the world, netizens were heartened to see the level of respect & dignity displayed by Hong Kongers amid the metropolitan’s largest protest of the decade.

One Facebook user praised Hong Kongers for their amazing coordination, saying that they are connected in conscience like a swarm of ants.

Comments of pride and love for Hong Kongers echoed on Twitter.

One user thinks they deserve to be regarded as “the most civilised modern people.”

Having lived in the city for 8 years, he has always known Hong Kongers to be classy.

He noted that such level of “respect and care for people in need is just part of the DNA.”

What happened in the Hong Kong protest so far

Two Sundays ago (9 Jun), around 1 million Hong Kongers hit the streets to oppose their government over the controversial extradition bill.

If passed, this would mean alleged criminals will be sent to China for trial for any reason, potentially even for public dissent. 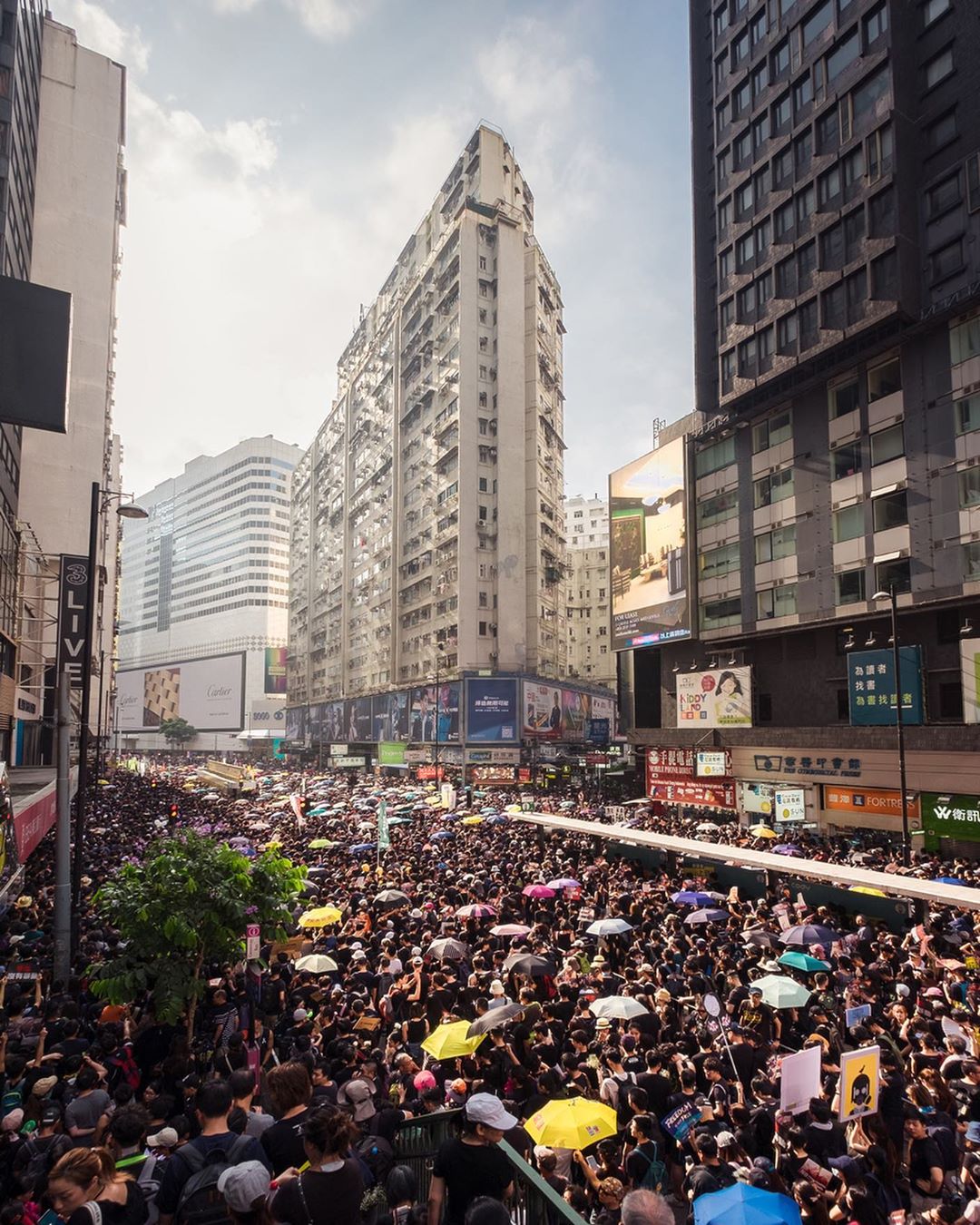 The bill, proposed by Hong Kong’s legislative council, did not go down well with many citizens of the semi-autonomous region — which is an understatement, to say the least.

Many of them are against the proposal due to fear of losing rights, and high distrust of China’s notorious judiciary system.

They are also concerned that this would damage the city’s reputation as a global business hub. A week later, 2 million protesters poured into the streets on 16 Jun, wearing black for several reasons. They wanted:

What’s next for Hong Kong?

Although Mrs Lam has since put on hold the passage of the bill indefinitely and apologised, these weren’t enough to appease her people.

At press time, Mrs Lam remains in power, despite the public outcry. Her refusal to withdraw the bill entirely is regarded by critics as “arrogance”.

Meanwhile, political turmoil is still brewing for now & it’s unclear how long this would last. A word of advice if you’re travelling to Hong Kong, stay safe.

If you had a chance to witness the protest, let us know your experiences in the comments below.