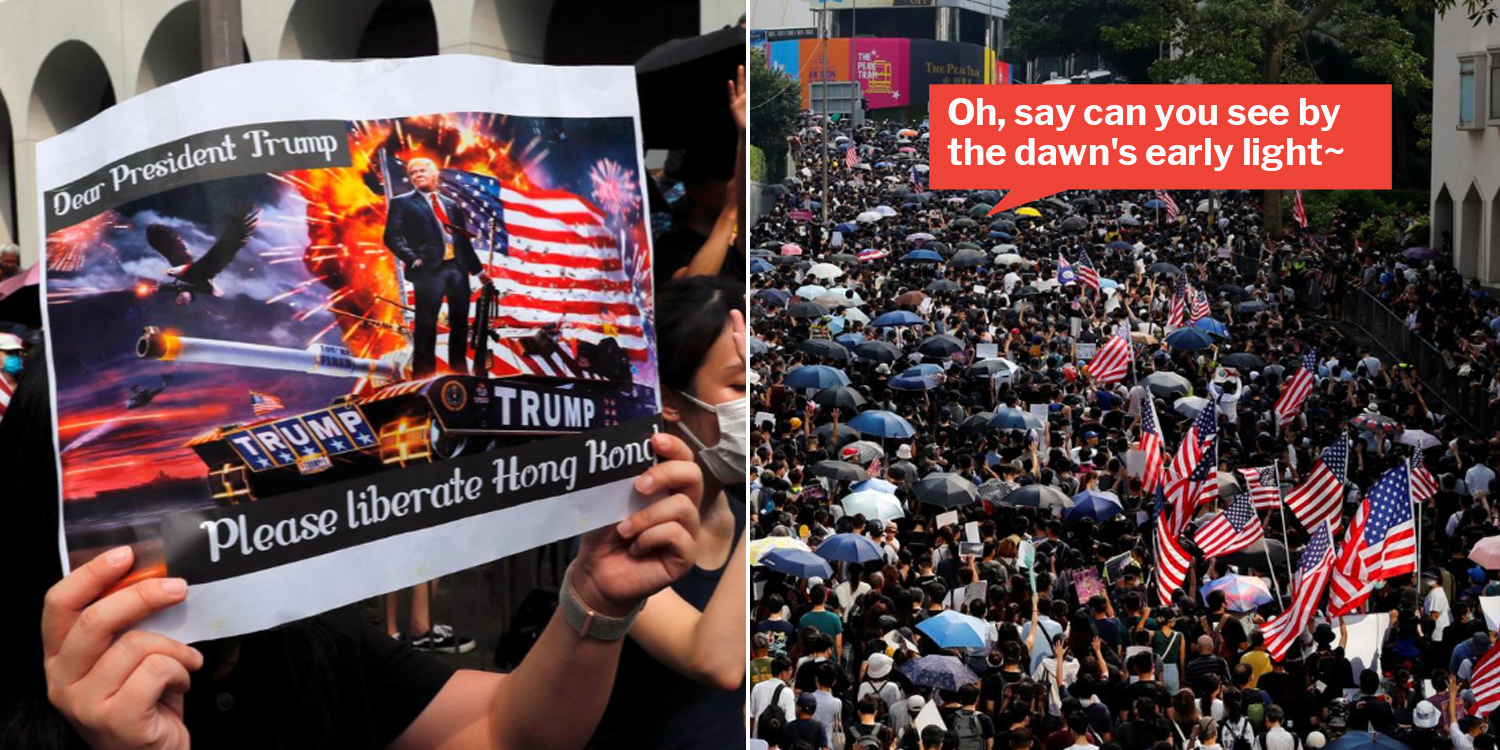 The Hong Kong protesters have a new strategy up their sleeves — calling on the US President’s help to “liberate” them by singing the Star Spangled Banner.

According to a Reuters report, thousands of them gathered outside the US consulate in Hong Kong on Sunday (8 Sep). They carried American flags and posters reading something to the effect of asking President Trump to liberate Hong Kong. And by liberate, the protesters of course refer to the alleged ‘oppression’ of China.

This is however, not the first time the protesters have sung the US national anthem. They did it once in August too.

The good thing is, the protests this time were non-violent. No bottles or bricks, no water cannons, no swinging hard objects at either side.

The protesters are reportedly capitalising on the ongoing trade spat between China and the US to signal that Hong Kongers are being treated unfairly too.

She added, “the pro-China groups are violating human rights in Hong Kong and allowing police brutality.”

Basically, the protesters look to US as a symbol of democracy – where people elect the country leaders – and that’s what they want in Hong Kong.

Currently, the leader of Hong Kong is elected by a “broadly representative Election Committee in accordance with the Basic Law, and is appointed by the Central People’s Government”.

Last week, Hong Kong leader Carrie Lam formally withdrew the Extradition Bill, which had sparked off the protests. However, the protesters were not pacified — they said that the government would have to accede to all 5 of their requests before they would stop.

While President Trump is spilling frequent Twitter venom on China’s trade policies, he has praised President Xi for his handling of the Hong Kong situation. So maybe, just maybe, Donald has no intention of dipping his fingers into the Hong Kong goauche.