Spotted outside the gym.

Earlier this month, residents of a condominium in Newton came across a family of otters crashing their swimming pool.

They enjoyed a dip in the pool under the afternoon sun and feasted on koi fish from the ponds.

This time, Singaporeans once again chanced upon a different species of wild animals living the high SES life.

Redditor was shocked to see the hornbills

A Redditor by the username @slsj1997 experienced a close encounter with this playful pair and decided to share this rare occurrence with other Singaporeans. 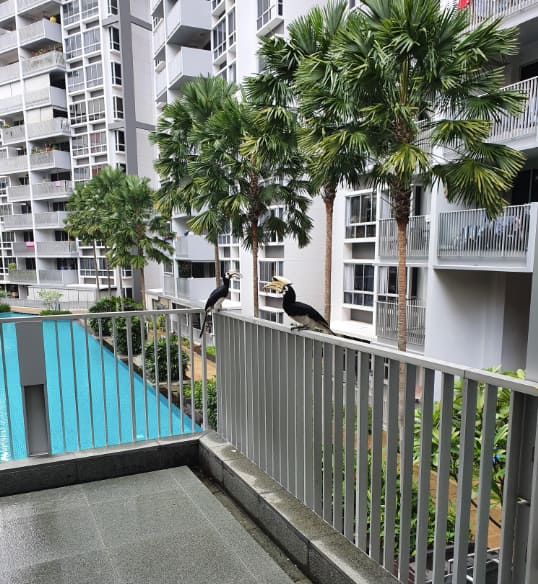 Initially, the Redditor could only hear sounds from the dustbins and was unaware of the hornbills’ presence.

To his surprise, a big black ‘object’ swooped past him and perched on the balcony near the gym.

Upon closer inspection, he then realised that the unidentified flying object was actually a hornbill.

A lizard is caught between one of their beaks, making it evident that they were there for a feast. 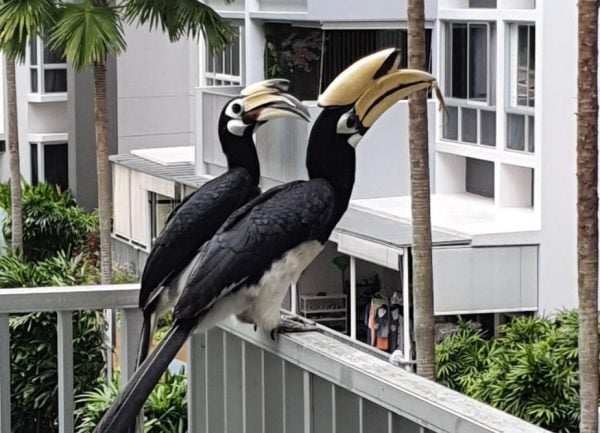 It seems like wild animals are adjusting to living in our urban city. Even hornbills are upgrading to condominiums.

This post garnered much attention on the social media platform. 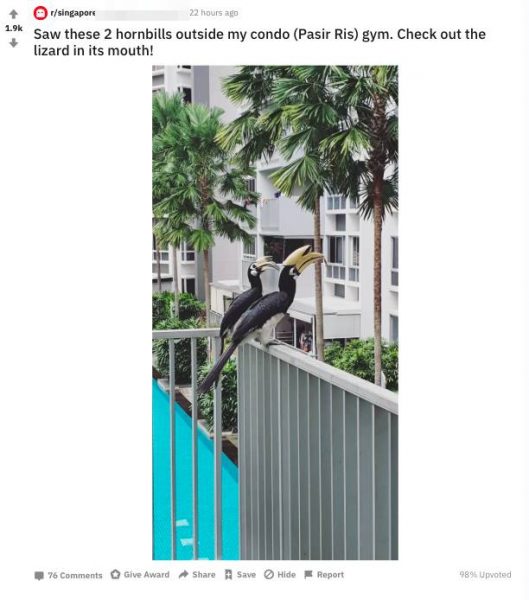 Many animal enthusiasts marvelled at the netizen’s close proximity with the magnificent birds.

After all, the Redditor himself only managed to spot these wild birds twice in his area despite having lived there for more than 5 years.

Hornbills in Singapore might not be a rare sight

However, Oriental Pied Hornbills are known to be Southeast Asian natives and have been around Singapore for quite some time. 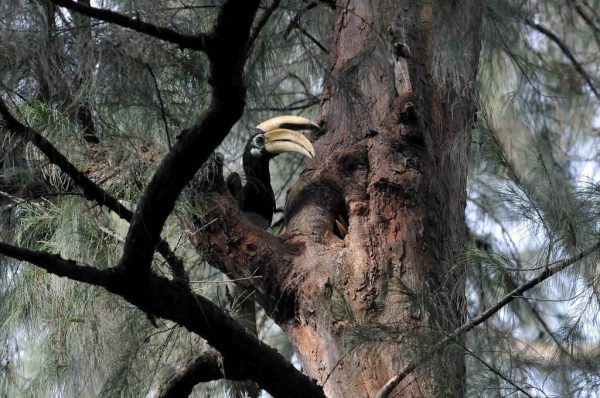 They are typically seen in forested areas like Sungei Buloh Wetland Reserve, Palau Ubin, and Changi.

Hornbills are often willing to pop by urban areas in search of a feast, just like this hornbill that pried open a birdcage outside a HDB flat in 2018.

Another netizen also recounted his experience with hornbills near Elias Community Club.

It seems like hornbill sightings might not be rare after all, if you are in the right place and right time.

Though so, we can’t deny that these wild birds do leave an impression with their unique beaks and majestic coat of feathers. 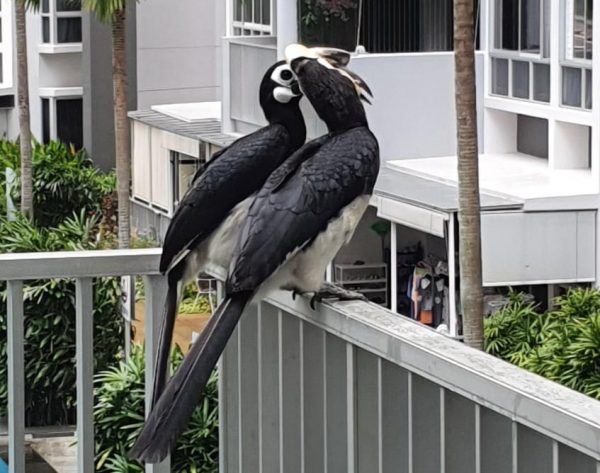 The pictures of these special birds relaxing in the urban landscape certainly did impress the Internet.

Have you chanced upon hornbills in urban Singapore? Share your experiences in the comments below!