Netizen Seeks Witnesses For Bike Accident At Hougang On 18 Apr, Her Father & Brother Were Involved 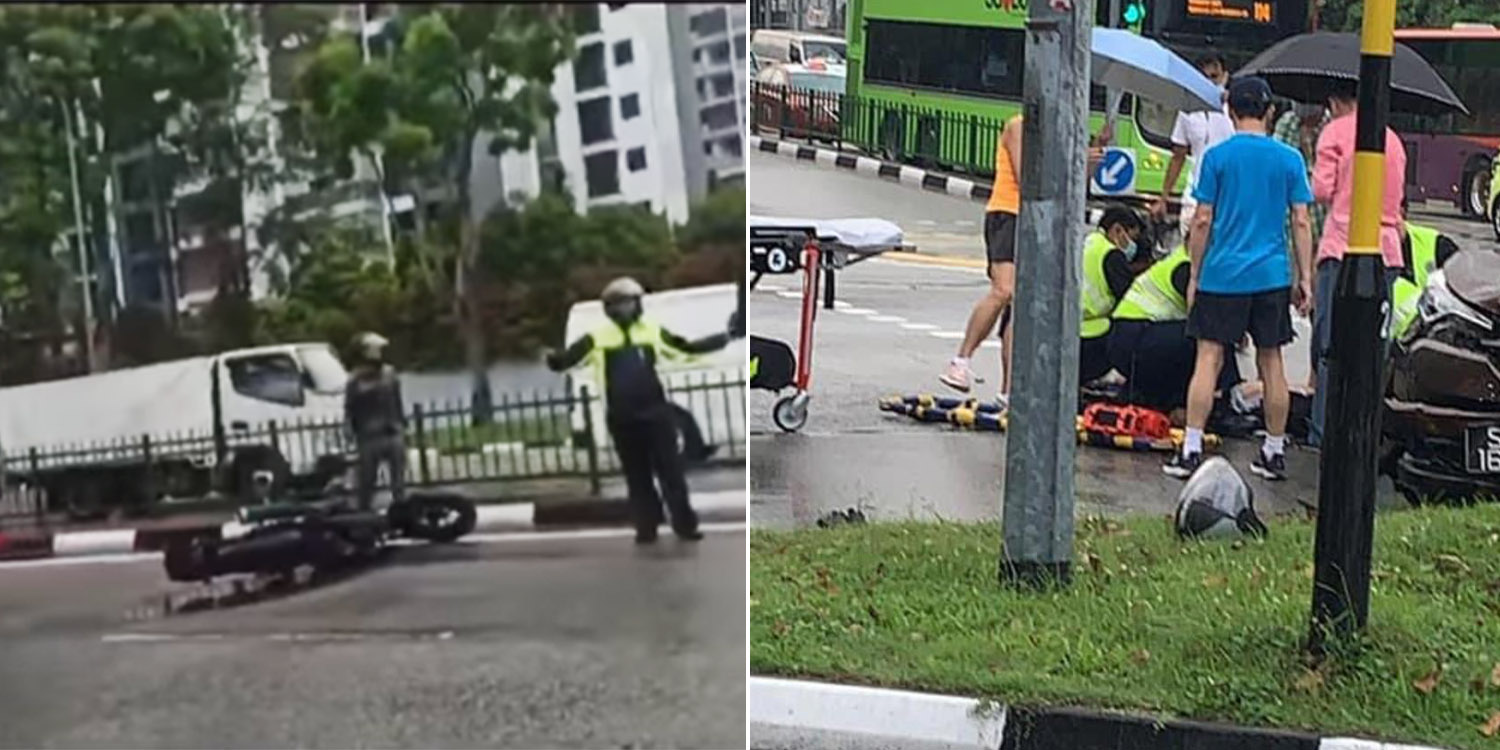 Bike Gets In Accident With Car At Hougang Traffic Junction On 18 Apr, Witnesses Needed

Motorbikes are a quick, efficient and relatively cheap way of getting around, but the risks for bikers are also higher on the road.

So it was that 2 people on a motorcycle met with an accident at the traffic junction of Hougang Avenue 6 and Buangkok Drive.

A relative of the 2, who MS News understands are father and son, is now appealing for witnesses or dashcam footage of the accident. 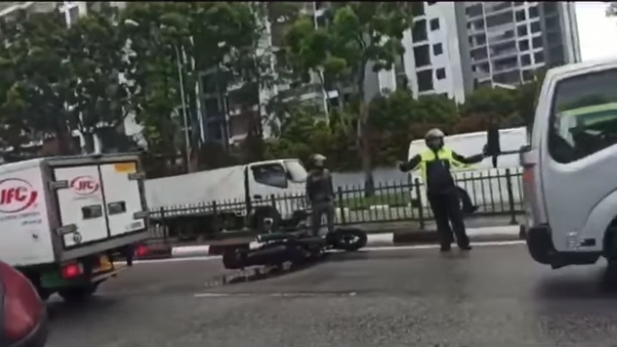 The incident took place at 18 Apr between 5-5.30pm at the traffic junction of Hougang Ave 6 and Buangkok area, Ms Nadira said in the Facebook post, shared by ROADS.sg.

Accompanied with the post is a video that a passer-by took.

A motorbike can be seen in the first few seconds as people attend to the scene.

A man is on the ground and covered in blood, with an SCDF paramedic as well as passers-by surrounding him. A car is parked beside the fallen man, with a large dent on its front.

Meanwhile, another man is sitting at the junction’s pavement. It appears that he was also involved in the accident. 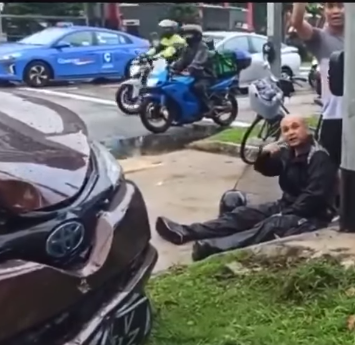 The clip ends as paramedics bring out a stretcher for the man lying on the road.

More images shared by ROADS.sg show the post-accident from a different angle. 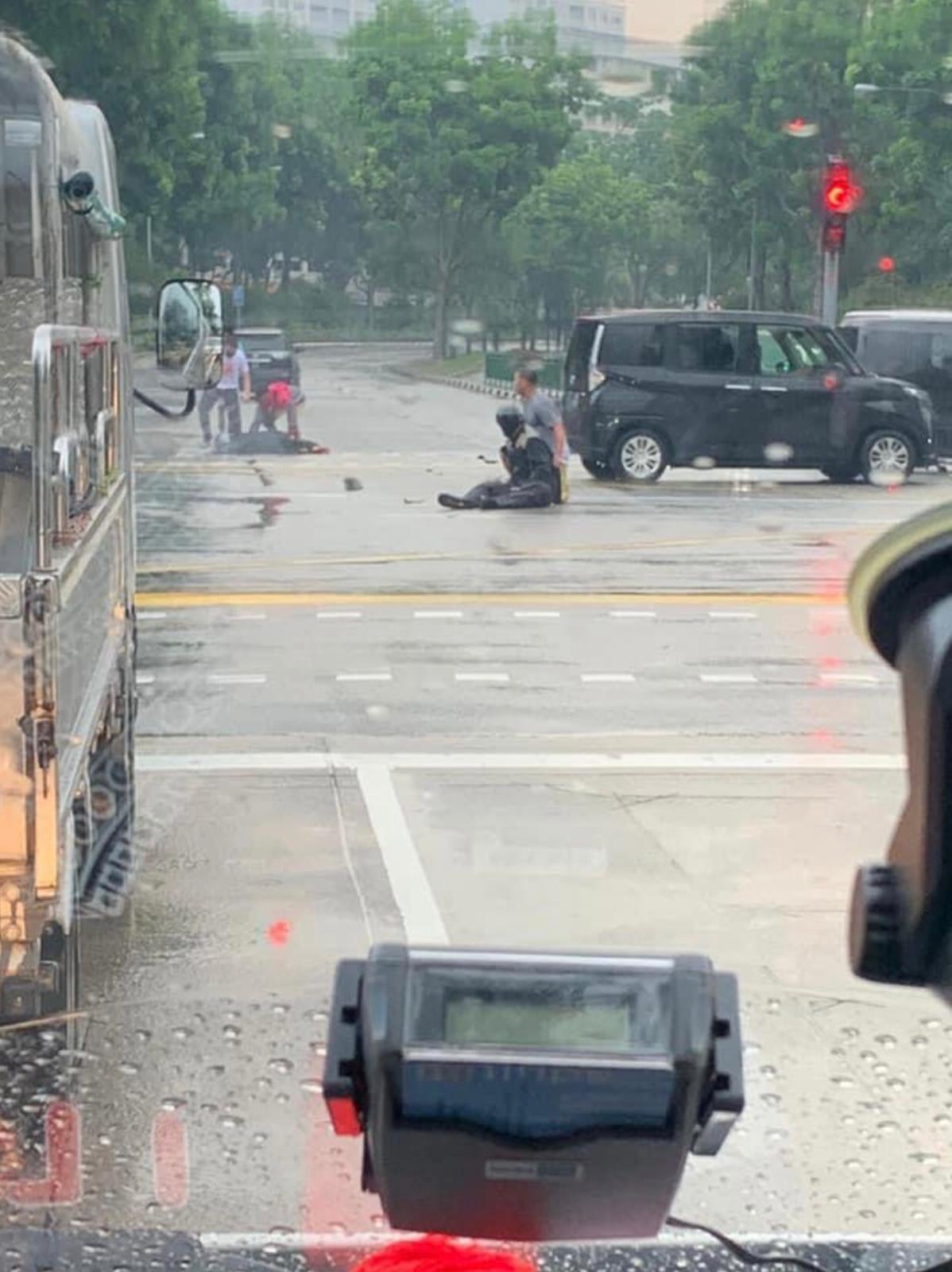 Numerous paramedics can be seen attending to the man on the road. 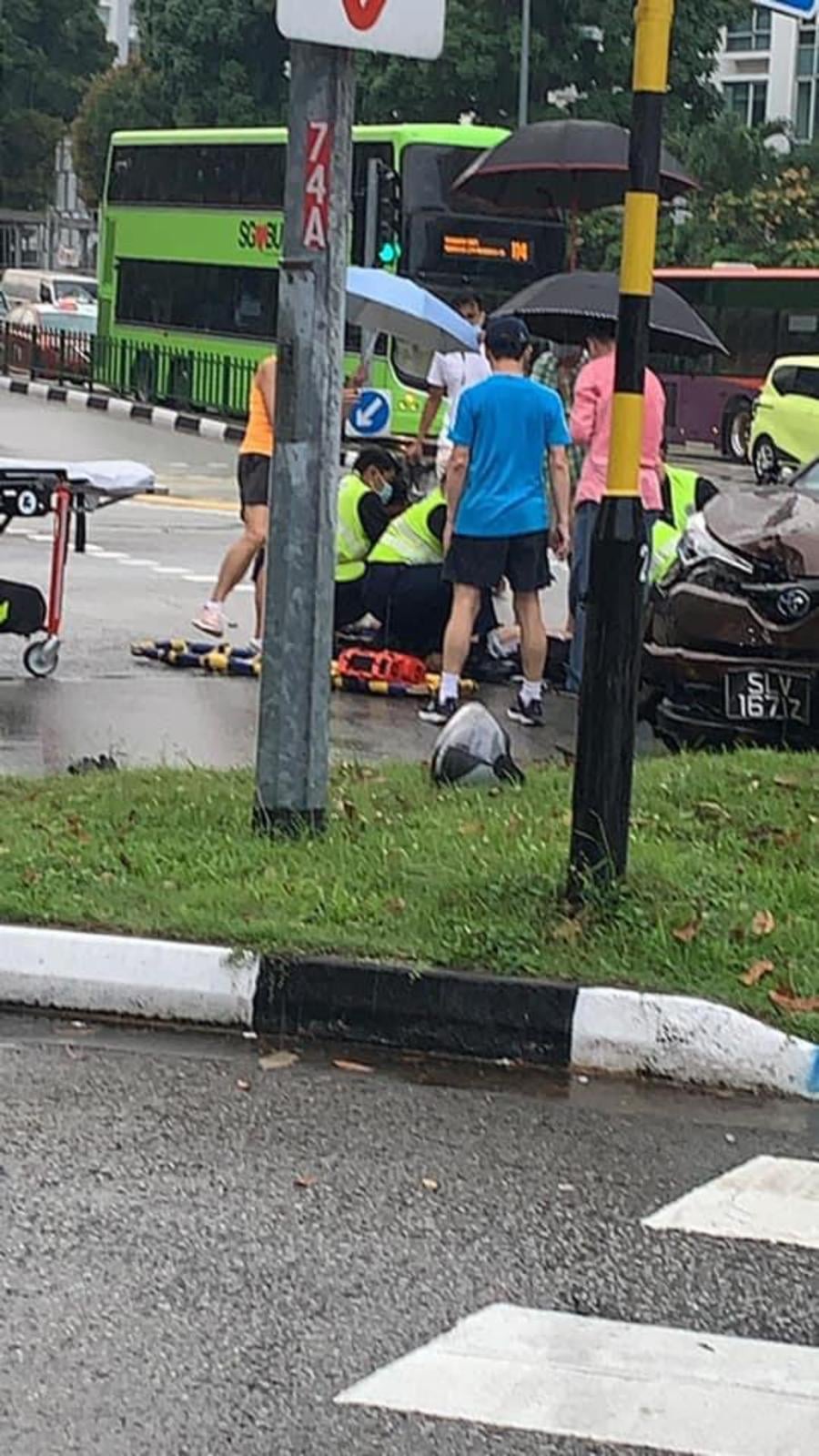 The person appealing for witnesses, Ms Nadira, would like if there are others with dashcam footage of the accident itself.

Basically, the only clip she managed to get so far is the post-accident footage from a passer-by.

We hope that those involved in the accident have a speedy recovery.

Meanwhile, to bikers out there, do ride safely, especially if the weather conditions are rough. Motorists can also do their part to ensure that road users are all safe.