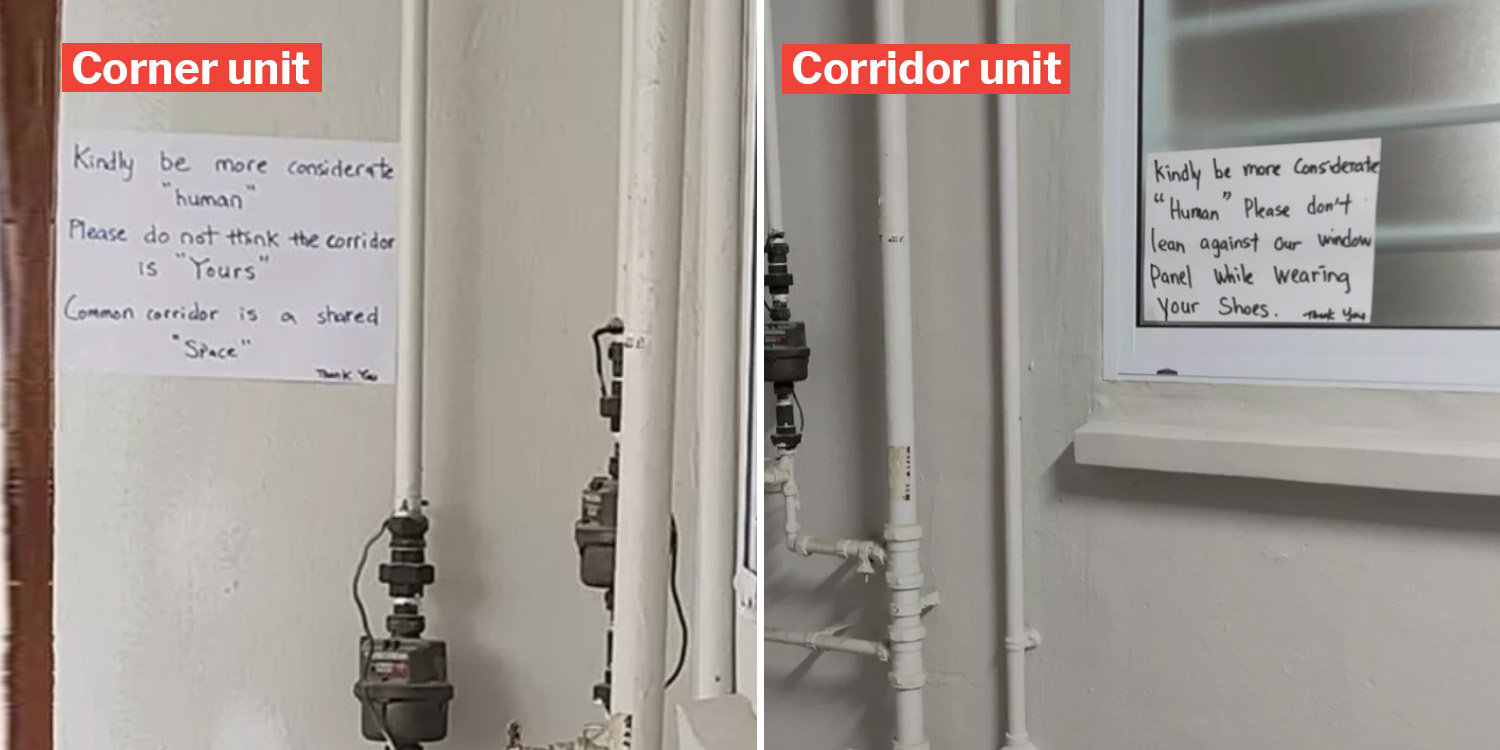 The neighbourly dispute apparently started since 2019.

Hougang Neighbours Tell Each Other Off In Handwritten Notes

Recently, cases of poor neighbour relations have come under the spotlight, with many incidents grabbing attention online.

In another case of neighbourhood squabble, a resident wrote a note addressed to her neighbour who has a habit of leaning against her window when wearing shoes. 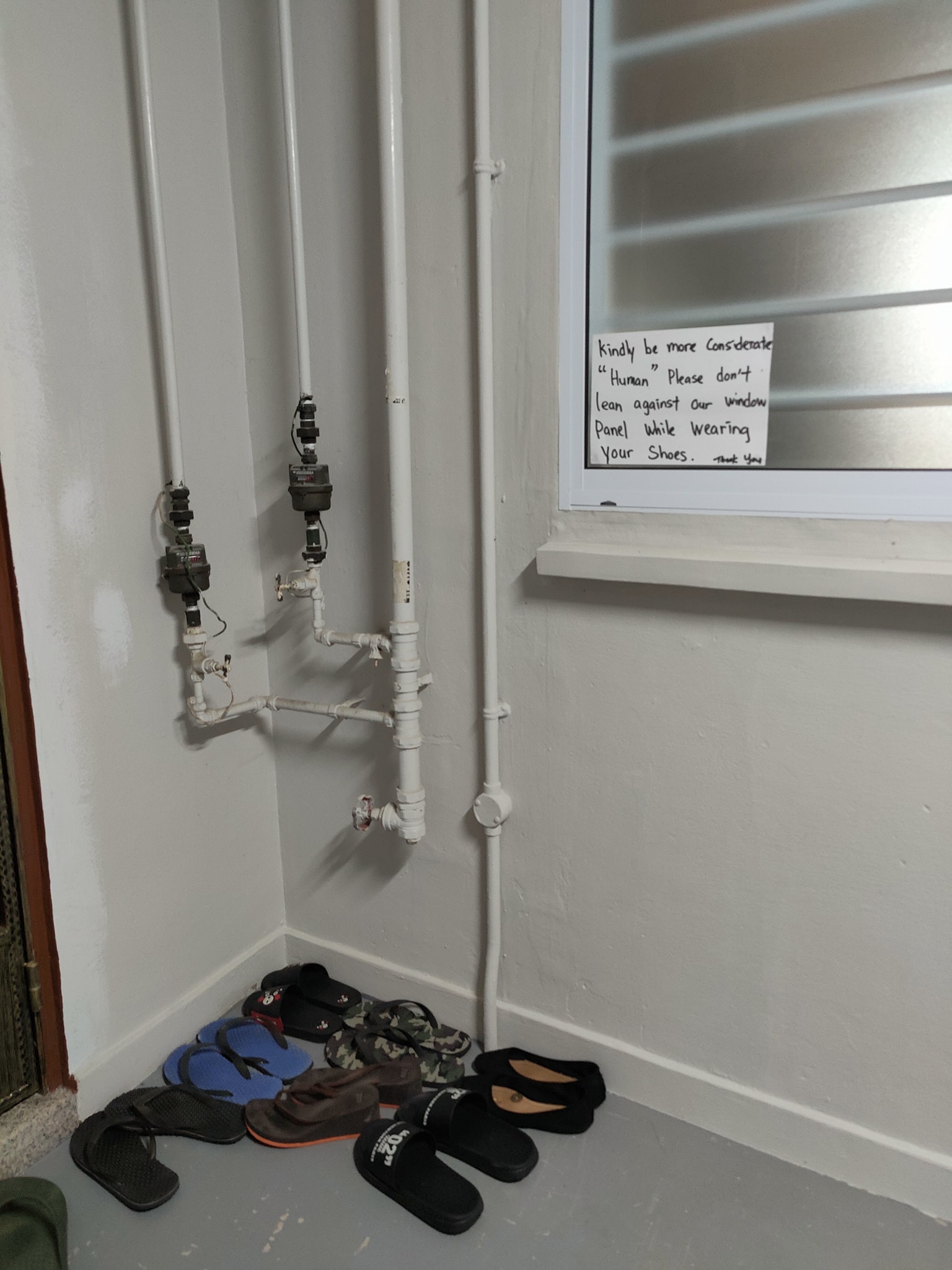 But it didn’t stop there. The corner unit neighbour subsequently responded with a handwritten note of their own, telling them that the corridor is a shared space.

On Sunday (27 Jun), a netizen named Ms Tan shared photos depicting her neighbour’s antics and a note she left for them to address the issue. 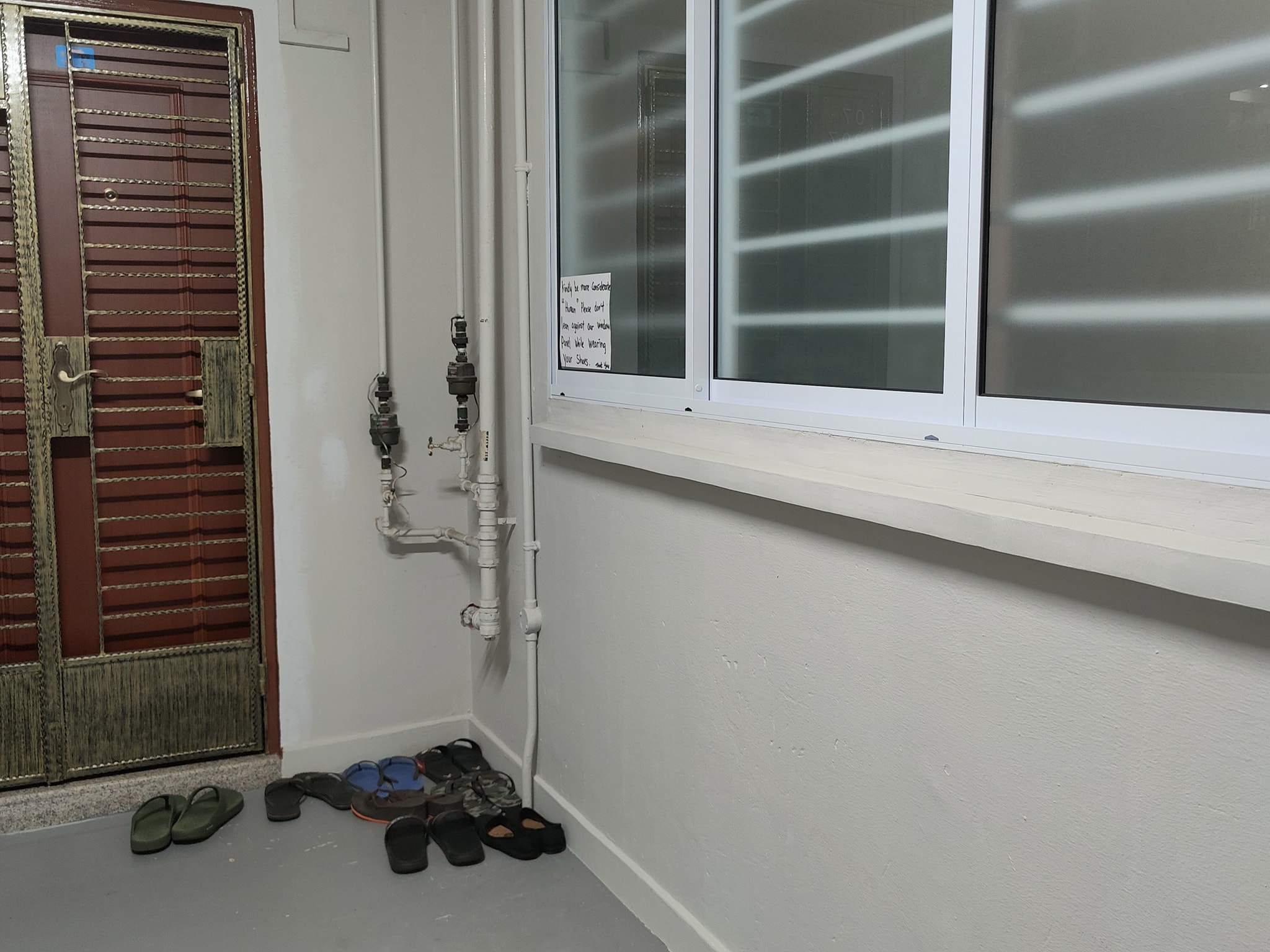 In the note, Ms Tan asked her neighbour to be more considerate and refrain from leaning against her windows when putting on their shoes. 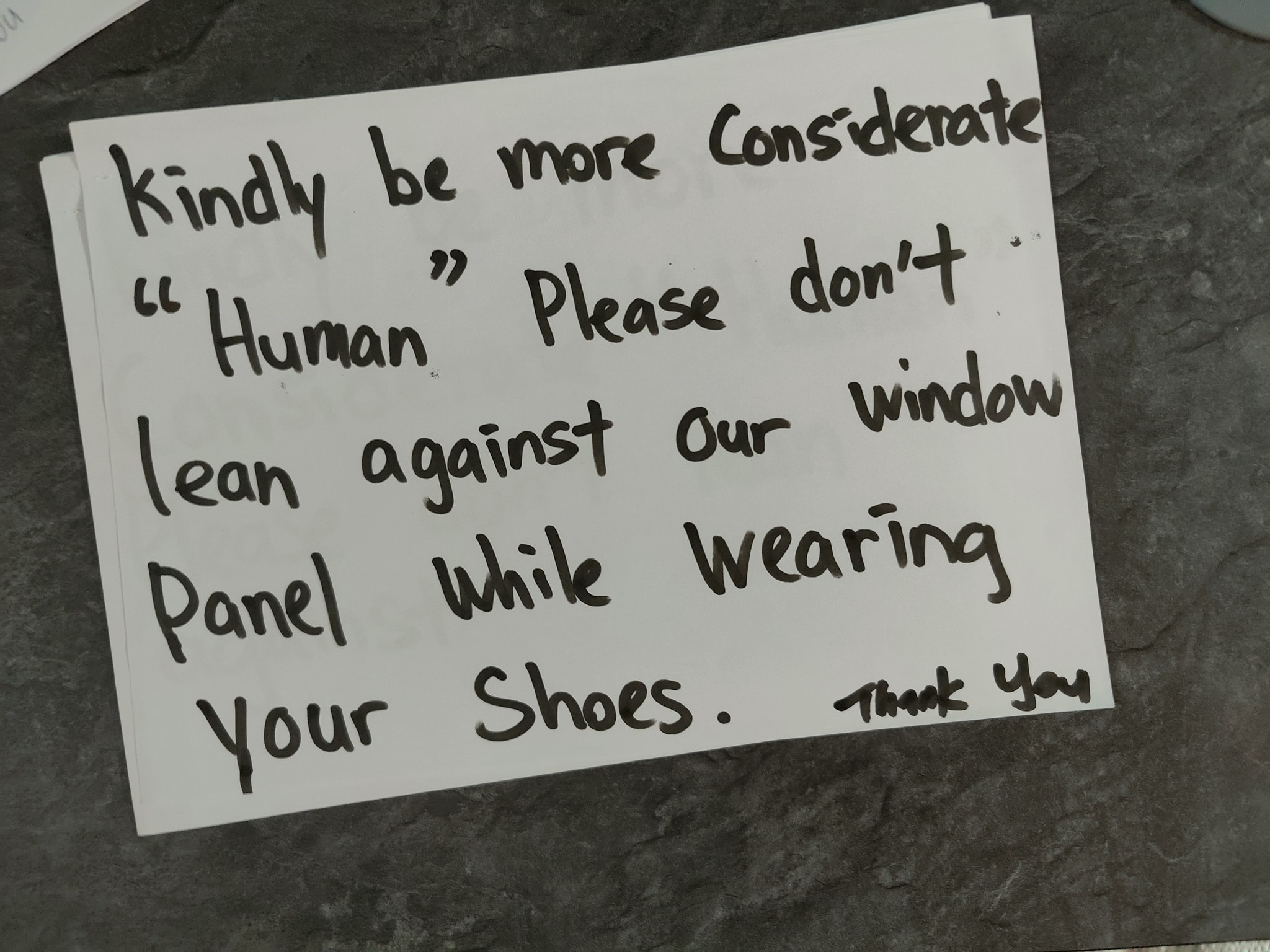 However, this apparently wasn’t the only behaviour she’s had to put up with.

In another photo, the occupants had, at one point, lined the common corridor with shoe racks, bicycles, and even a Personal Mobility Device (PMD). 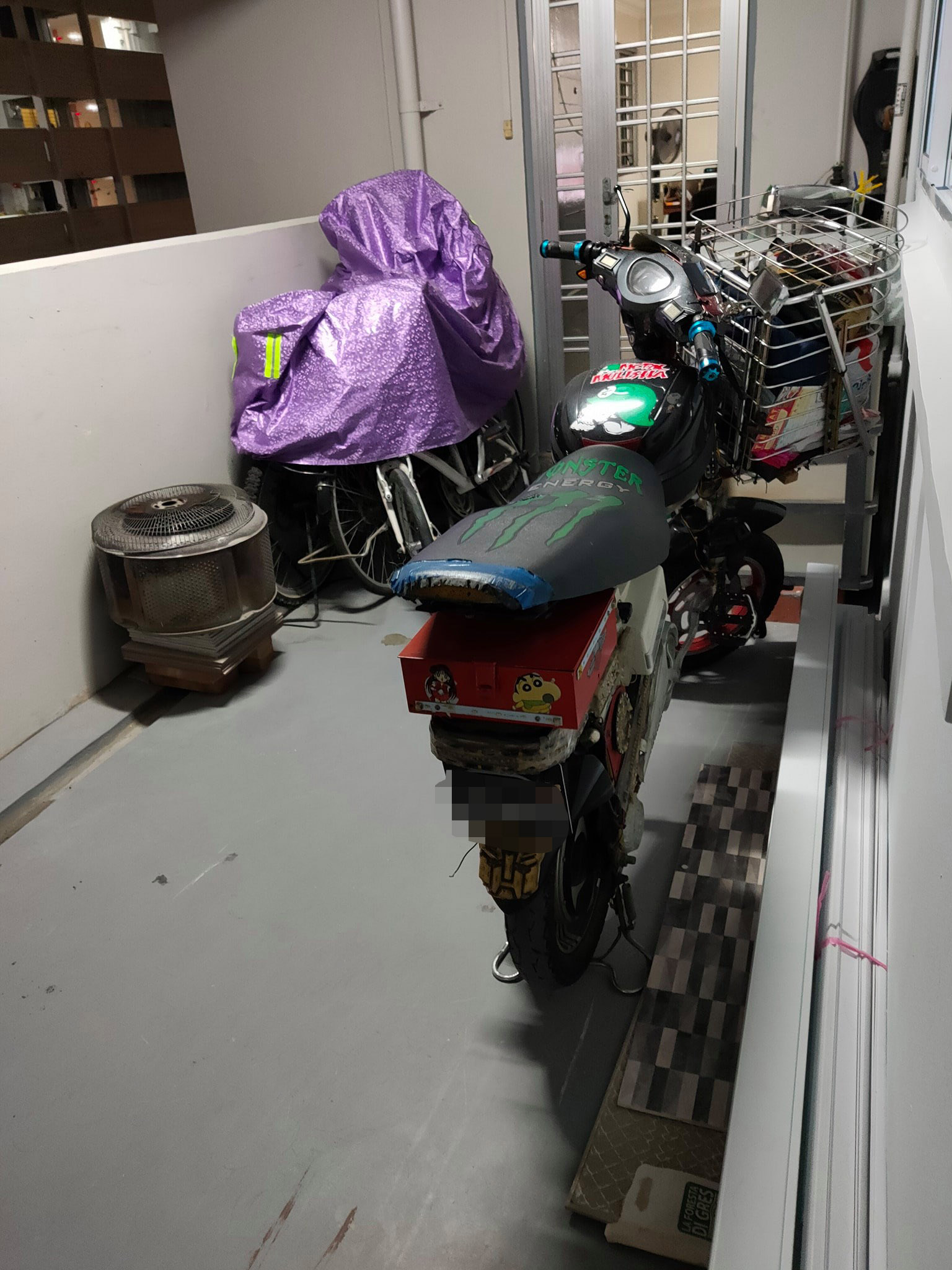 Besides occupying space in the corridor, some of the items, like a pair of shoes, were placed directly outside Ms Tan’s windows. The photos showing the obstruction were probably taken quite some time ago as the neighbour’s gate is of a different colour.

After seeing the recent note, Ms Tan’s neighbours responded with their own signage, pointing out that the corridor is a “shared space”.

Speaking to MS News, Ms Tan shared that the issues arose in 2019 when they first moved in.

The town council is aware of the issues and have asked the neighbour to clear the clutter in phases.

According to Shin Min Daily News, the neighbours in question reside in an HDB block along Hougang Ave 6.

In addition to the issues highlighted above, Ms Tan alleged that her neighbour had dried their clothes horizontally, blocking the corridor.

In response, the neighbour Mr Wu – surname directly translated from Chinese – said his family’s conscience is clear as they had apologised and rectified their inconsiderate acts once they were notified.

On the other hand, Mr Wu said Ms Tan had placed joss paper resembling kids along the corridor — a practice that most would feel uncomfortable with. 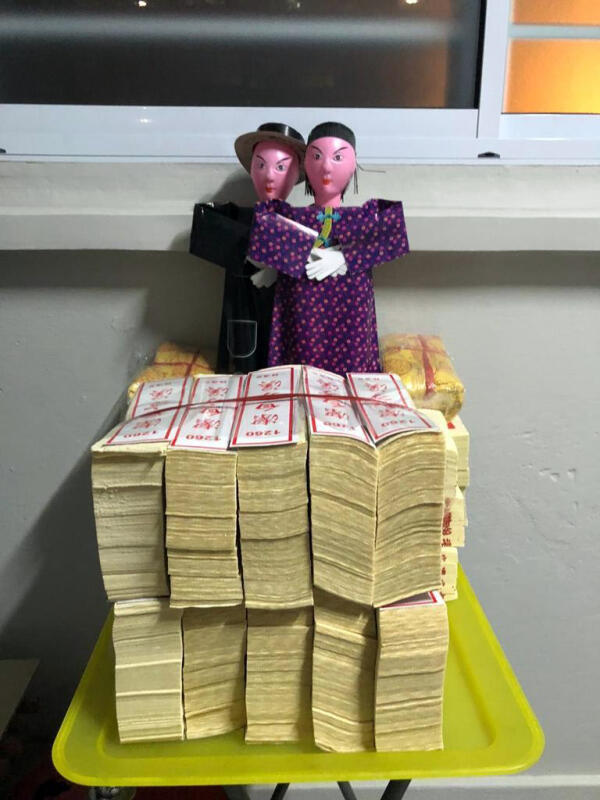 Mr Wu also accused his neighbour of attempting to scare his family when she claimed to have seen the previous house owner, who has passed away, at their corner flat, reports Shin Min Daily News.

Ms Tan has verified these claims when contacted by MS News.

Hope the neighbours will settle their differences

From the accounts, it seems clear that both parties have contributed their share to the dispute.

Yet, as with most problems concerning communal living, communication and tolerance for one another are needed.

We hope Ms Tan, Mr Wu, as well as their families would settle their differences and live harmoniously in the future.