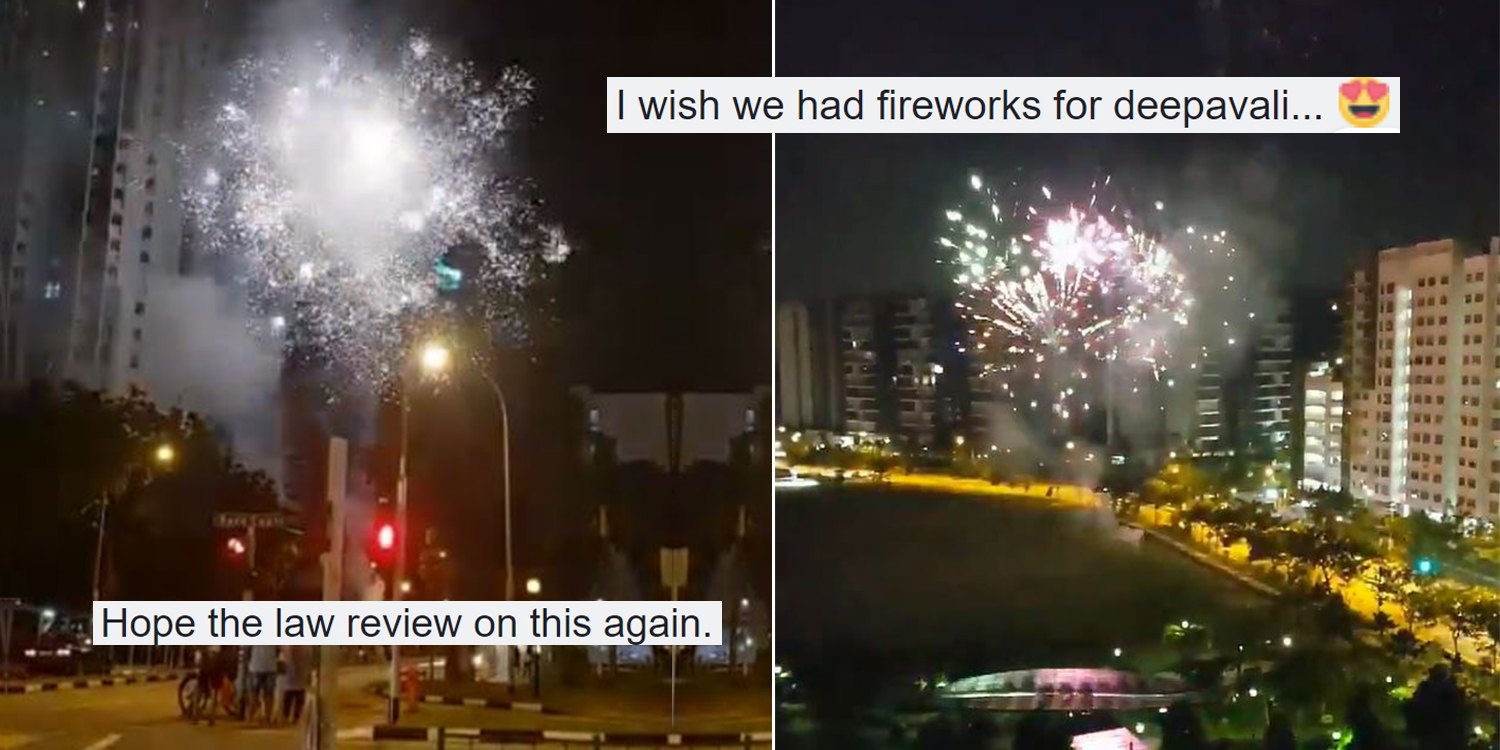 We look into why fireworks are banned in the first place.

Many Thought Fireworks At Race Course Road On Deepavali Were “Beautiful”

Most Singaporeans know that the only time we get to enjoy fireworks legally is on National Day, and New Year’s Eve.

But that didn’t stop some people from setting off crackling light displays on Tuesday (6 Nov), presumably to celebrate Deepavali.

Beautiful – albeit illegal – fireworks were sighted at Yishun and Race Course Road yesterday.

On the whole, netizen reactions were strangely mixed.

Some felt that the firework displays added to the Deepavali festivities, while others thought it was too dangerous and expressed concerns about the mess left behind in the aftermath.

A viral video uploaded on SG Road Vigilante depicted fireworks going off for more than a minute at a traffic junction along Race Course Road last night. 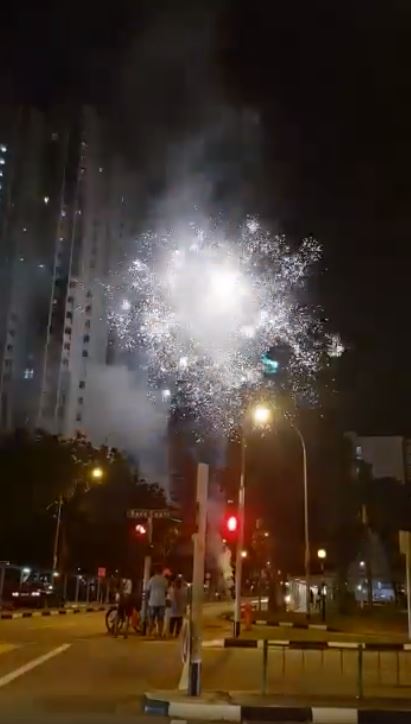 Nearing the end of the display, police officers can be seen rushing towards the source of the fireworks, searching for the people who set them off. 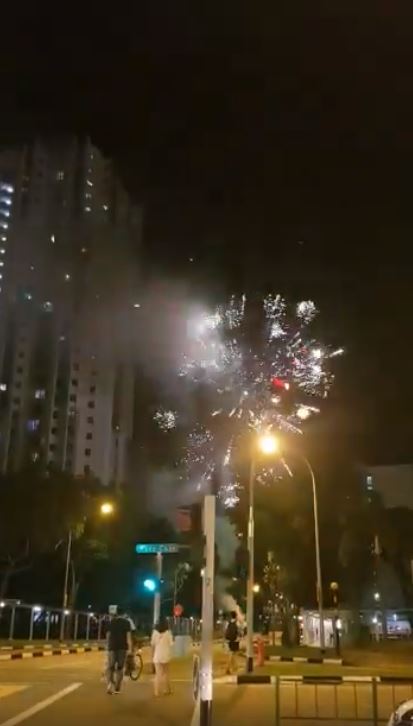 2 suspects were later apprehended for allegedly setting off the fireworks in a public area without proper safety precautions or a permit.

3am fireworks show in Yishun

Another ‘fireworks show’ was captured by a Twitter user who claimed that he was in Yishun when it happened at 3.30am. 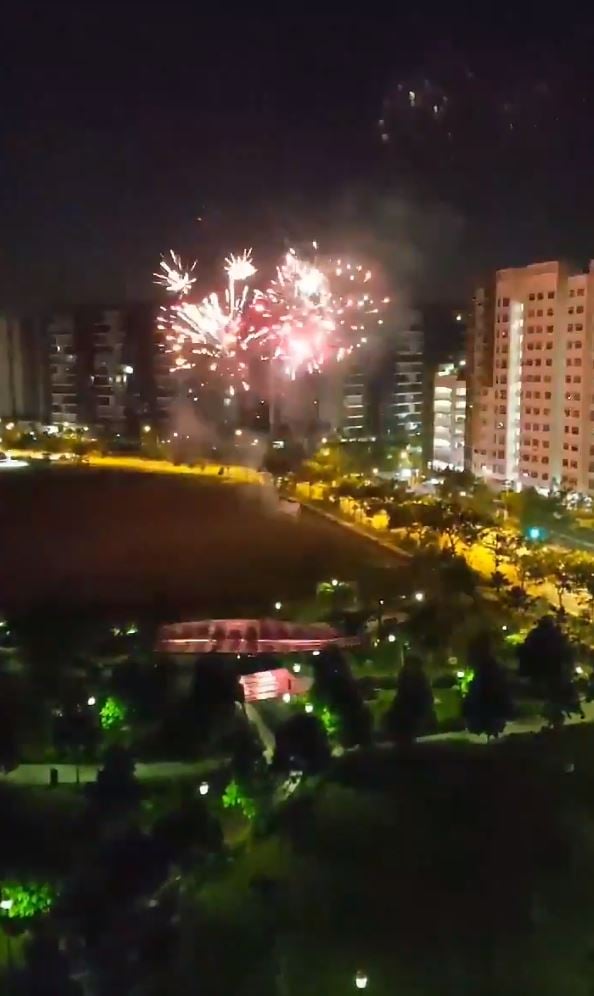 The 5-second video uploaded, though short, depicted a colourful display of fireworks lighting up what appears to be a park surrounded by HDB flats. 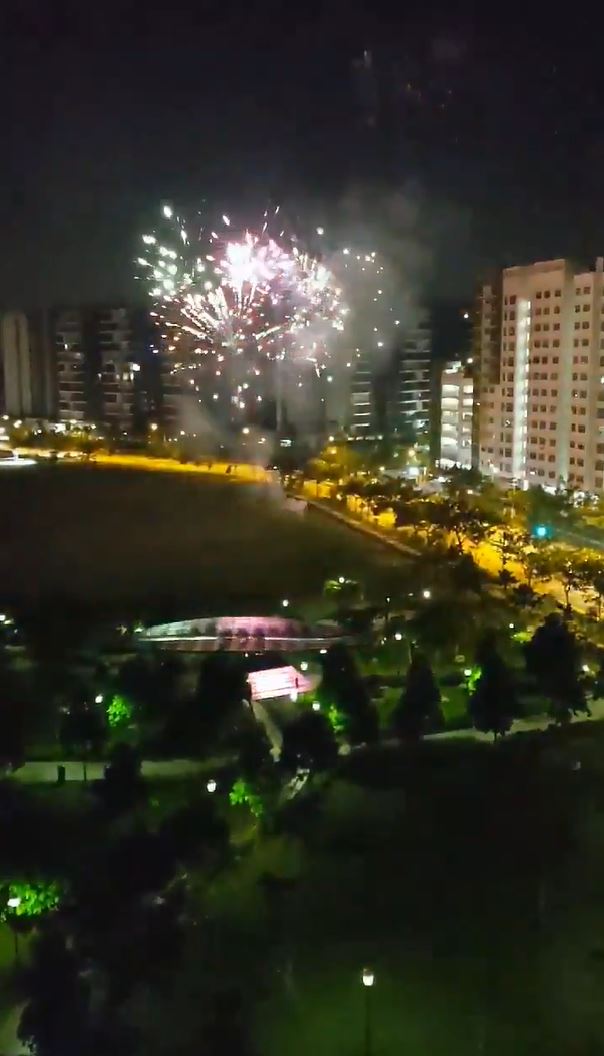 Many concerned citizens chimed in about the safety risks and unnecessary messes left behind by revellers. 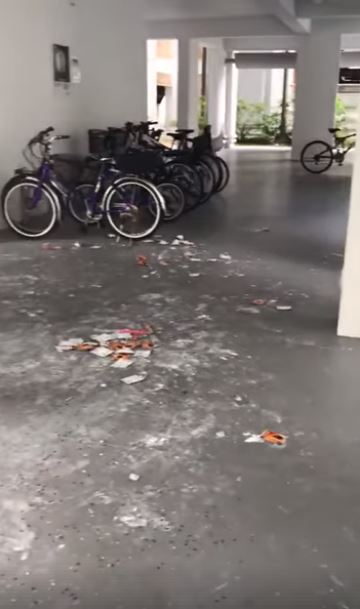 Others seemed suitably impressed and entertained by the display.

This netizen felt that it shouldn’t be a crime to have fireworks during the festive season, expressing hope that the law will be reviewed.

Some aptly questioned where and how they got their hands on fireworks in the first place.

Finally, one netizen called out the users for not adhering to any safety precautions, but admitted that he missed the kampong days where they used to light up fireworks even if it was illegal.

Why are fireworks banned?

Fireworks have been regulated by the government since 1968, due to a deadly incident during Chinese New Year in Feb 1970.

An “indiscriminate use of firecrackers” killed 6 people and injured 25 others — not to mention damaged $560,390 worth of property.

By 1 Aug 1972, a complete ban of the personal use of fireworks in Singapore was instituted, under the Dangerous Fireworks Act.

However, authorities have been known to grant permission for fireworks to be used at certain events, like F1 Races and New Year’s Eve, when “appropriate safety precautions” have been adopted.

With the fleeting entertainment value of a beautiful firework display, we’re not sure if the current consequences of setting them off are worth it.

Those guilty of importing, selling or distributing fireworks could get jail terms of between 6 months to 2 years, plus up to 6 strokes of the cane.

Do you think it’s time to review the ban on fireworks? Or should we be more lenient during the festive season, especially if proper safety measures are adhered to?

Section 377A Will Be Repealed, But S’pore Will Safeguard Institution Of Marriage: PM Lee