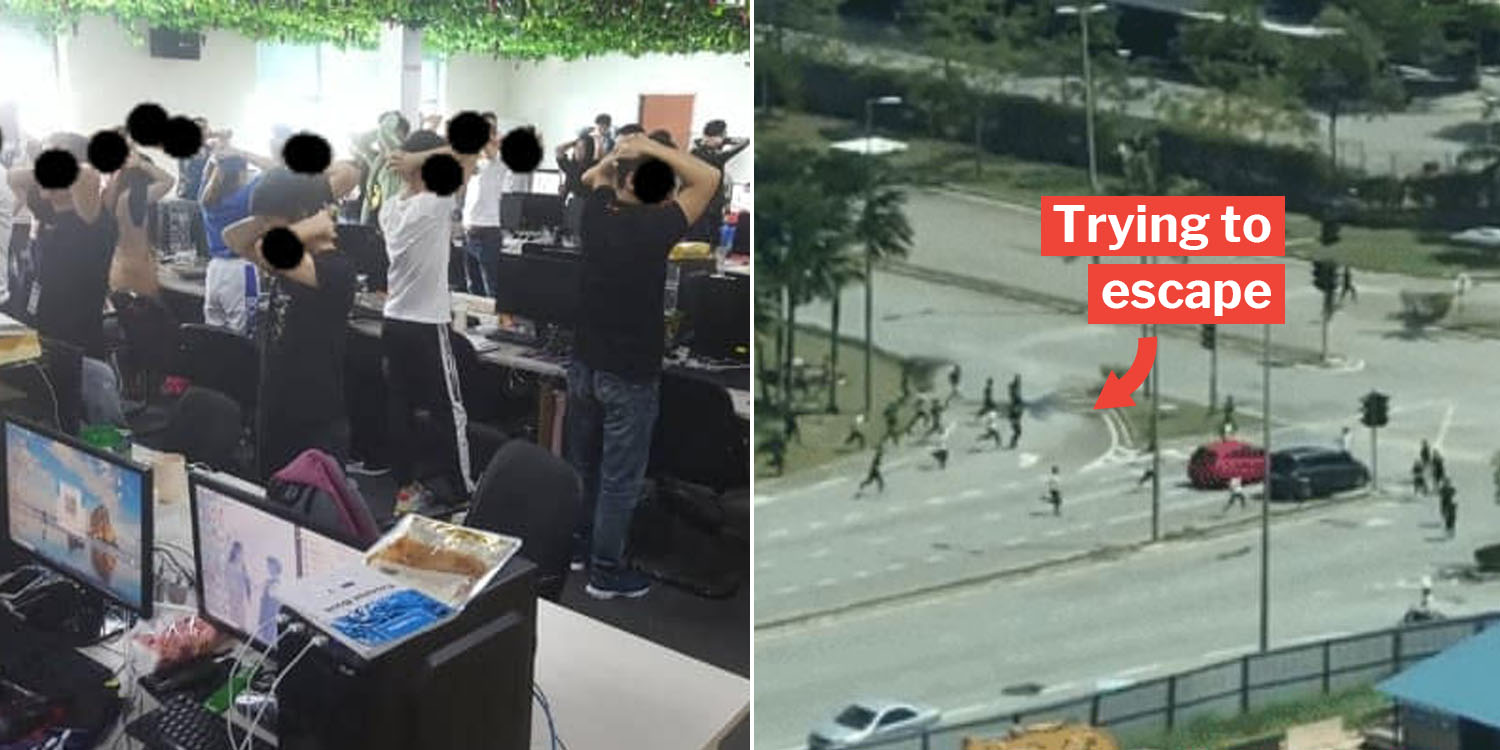 There’s been a recent spate of scam cases in Singapore, and our Malaysian neighbours aren’t spared.

680 suspected scammers were confirmed arrested in the large-scale raid, according to The Star. 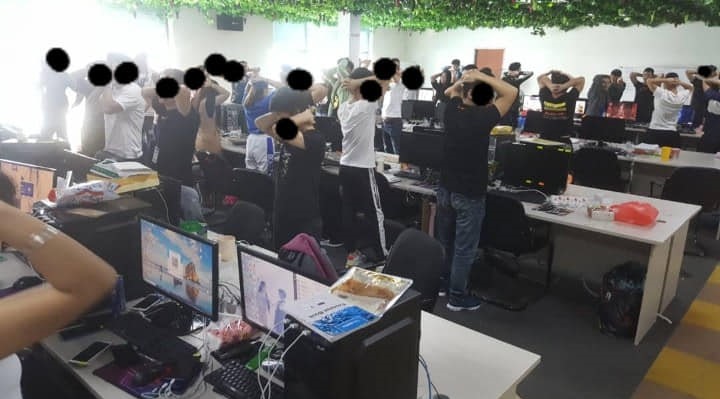 The raid took place on 20 Nov after “a month’s worth of surveillance”, reported The Star. The office was in Cyberjaya, Malaysia’s science park. 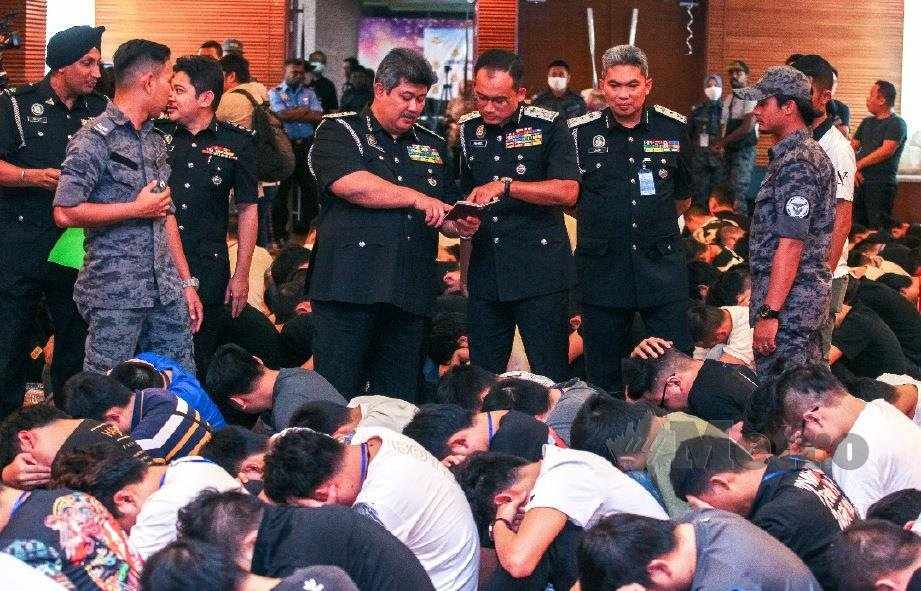 The director-general of the Immigration Department said the office had guards on every level. Some syndicate members even attacked the officers in a bid to escape. 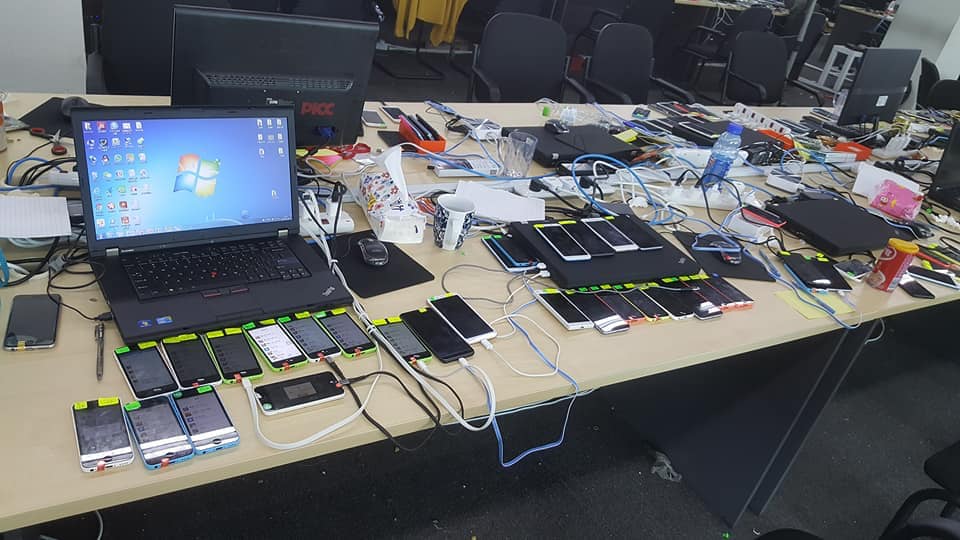 A video uploaded on Cyberjaya Info’s Facebook shows people – presumably the operators in the scam syndicate – running across in a 10-minutes-left-for-lunch fashion to avoid arrest.

Jay-running shouldn’t be a big deal when the police are going to arrest you, right? You can view the dramatic scene in the recording below.

On the other hand, some of the scammers chose to jump out windows on the second floor. Unfortunately, not all of them were successful.

You can view the dramatic escape here too.

While these scenes are rather amusing, remember, crime never pays. Eventually, the police are going to get you.

Kudos to the officers of the Malaysian Immigration Department for their hard work in tracking down and busting this large syndicate.