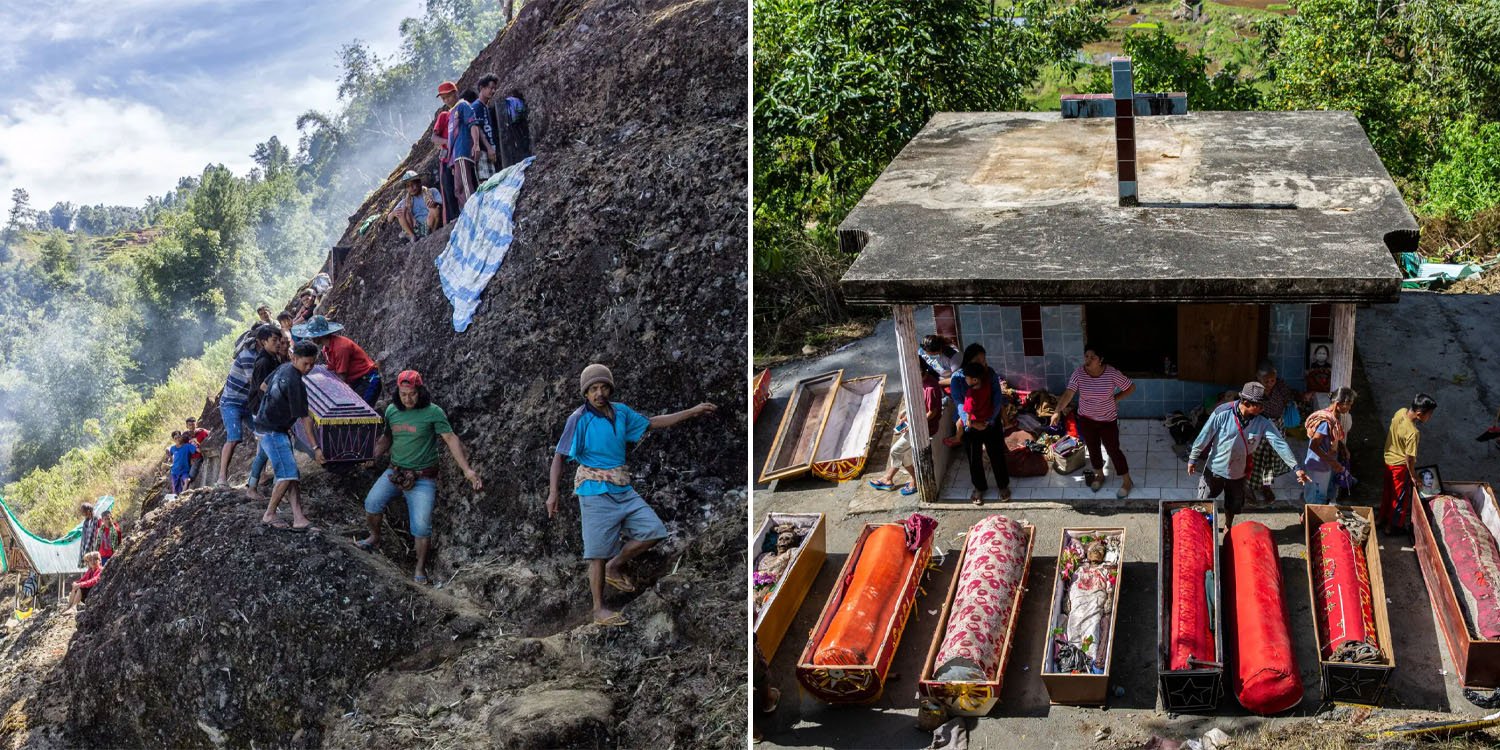 Ma'nene festival is a testament to the saying that love transcends death.

Disclaimer: Images of human remains in this article might be disturbing to some. Reader discretion is advised.

Here in Singapore, during the seventh lunar month, many Chinese residents burn offerings for late family members and ancestors to honour them. Different cultures grieve and celebrate the lives of their loved ones in various ways and rituals.

In Sulawesi, Indonesia, the indigenous ethnic group Toraja does so in one of the most unique ways known to Singaporeans.

Every three years, during the Ma’nene festival, the Torajans exhume their mummified relatives, dress them in new clothes, and spend quality time with them. 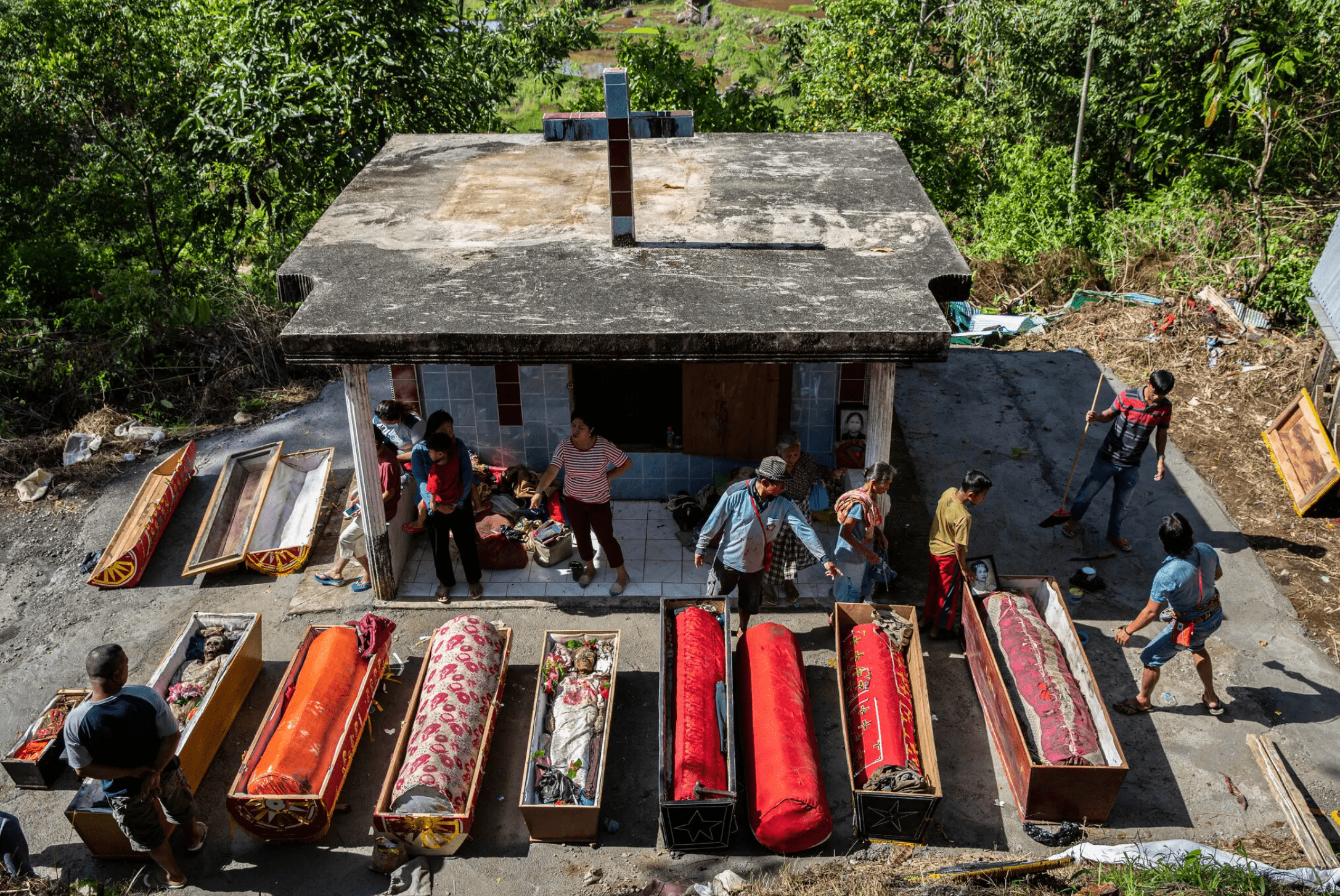 The festival, which translates to “The Ceremony of Cleaning Corpses”, takes place towards the end of August and is a way for people to revisit and show respect to their loved ones.

While death and corpses might be taboo in many cultures, the Torajans do not shy away from it. Instead, they embrace it fully with a deep fondness for their loved ones that transcends death. 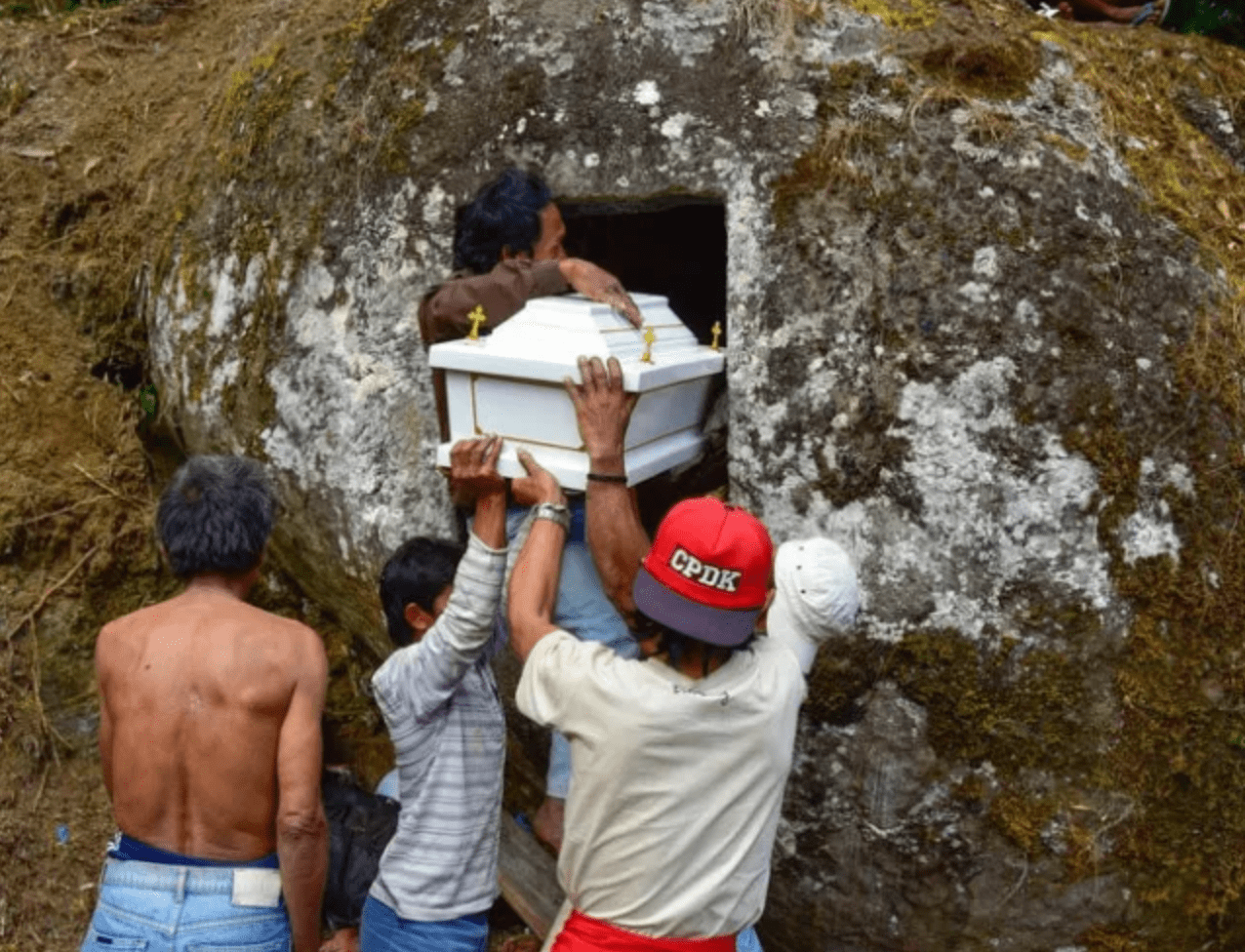 This unique festival has no fixed date but usually takes place towards the end of August.

Ma’nene festival means “The Ceremony of Cleaning Corpses, ” which is exactly what the Torajans do.

After placing the preserved corpses in the sun to dry, they clean and wash them before dressing them in fresh clothes. Personal effects of significance, such as glasses and uniforms, will also be put on the corpses. 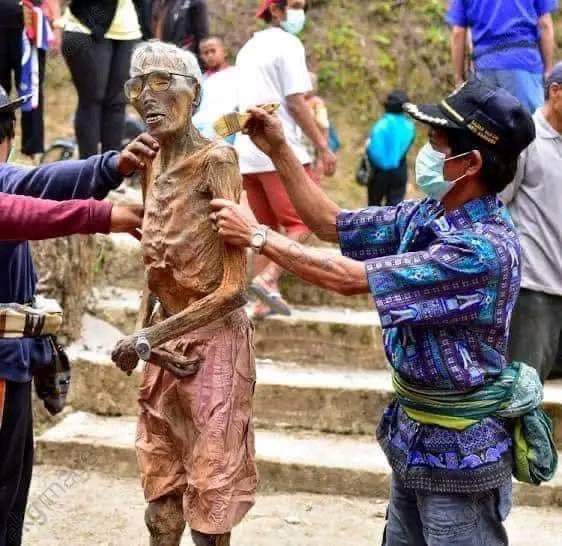 Families will then proudly pose for family photos with their late loved ones. 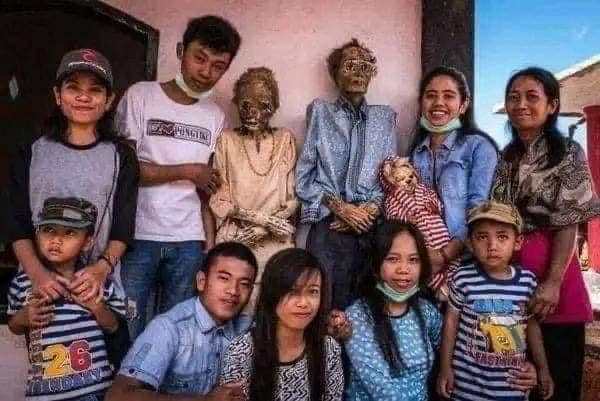 For Torajans, this ritual is akin to a second funeral for the deceased.

According to RANDOM Times, it is a way to show they still love and respect their family members who have passed but are believed to be spiritually present.

They also believe that it lets the deceased know they are still active family and society members.

Others shared with BBC journalist Sahar Zand that the ritual reminds them of their relatives and the bond they shared.

Corpses kept in homes for years

The Toraja ethnic group is known for their elaborate death rituals. They believe death is not a final destination but a step into the ongoing spiritual life.

Hence, the bodies of those who recently passed are kept in homes and preserved by families.

During this time, families will continue to talk, spend time, and “feed” them, treating the person as if they are ill. 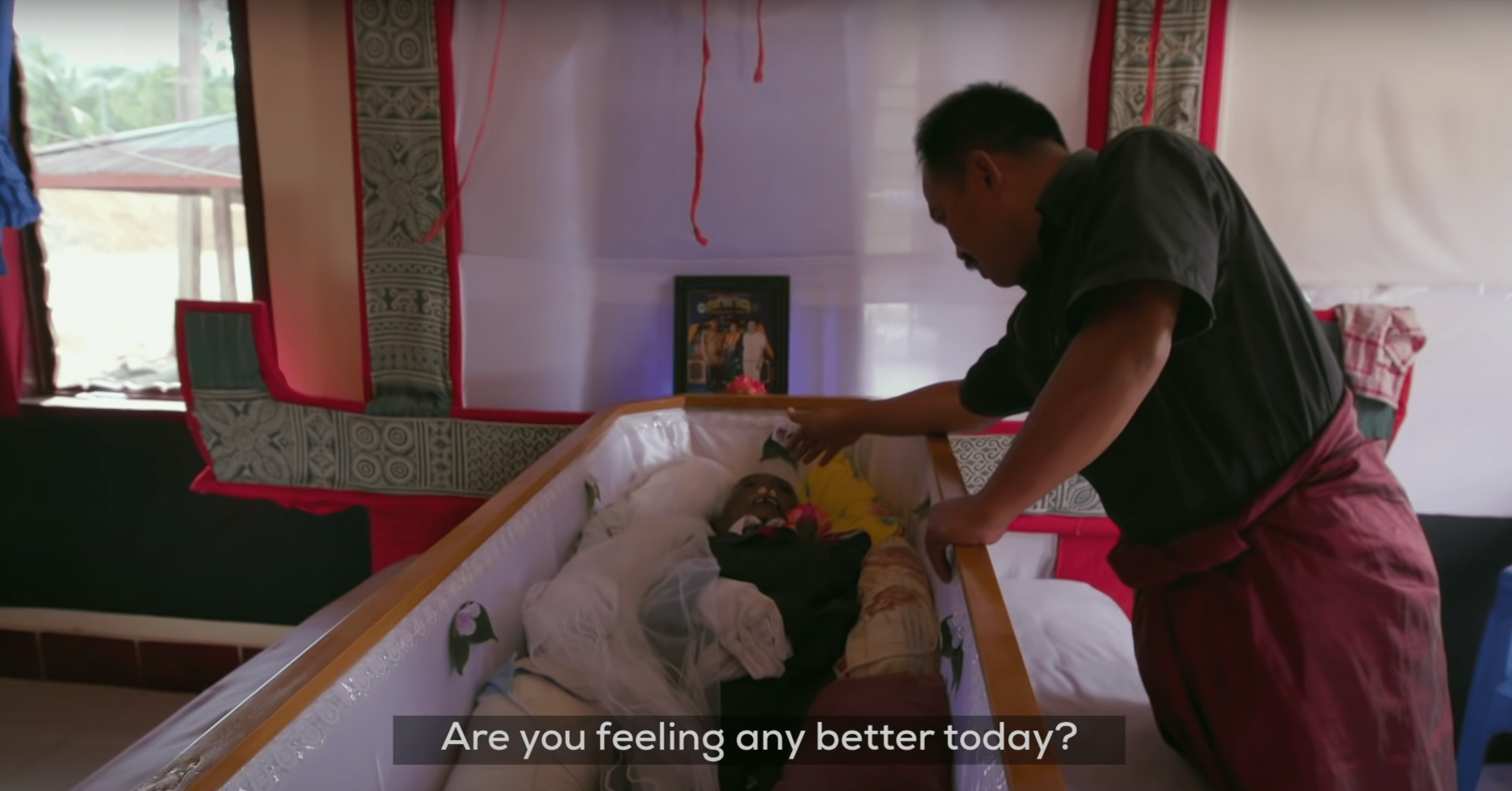 This can go on for years until the family saves up enough for a lavish funeral, reported The New York Times.

Eventually, families will conduct a big and expensive funeral ceremony for the departed. 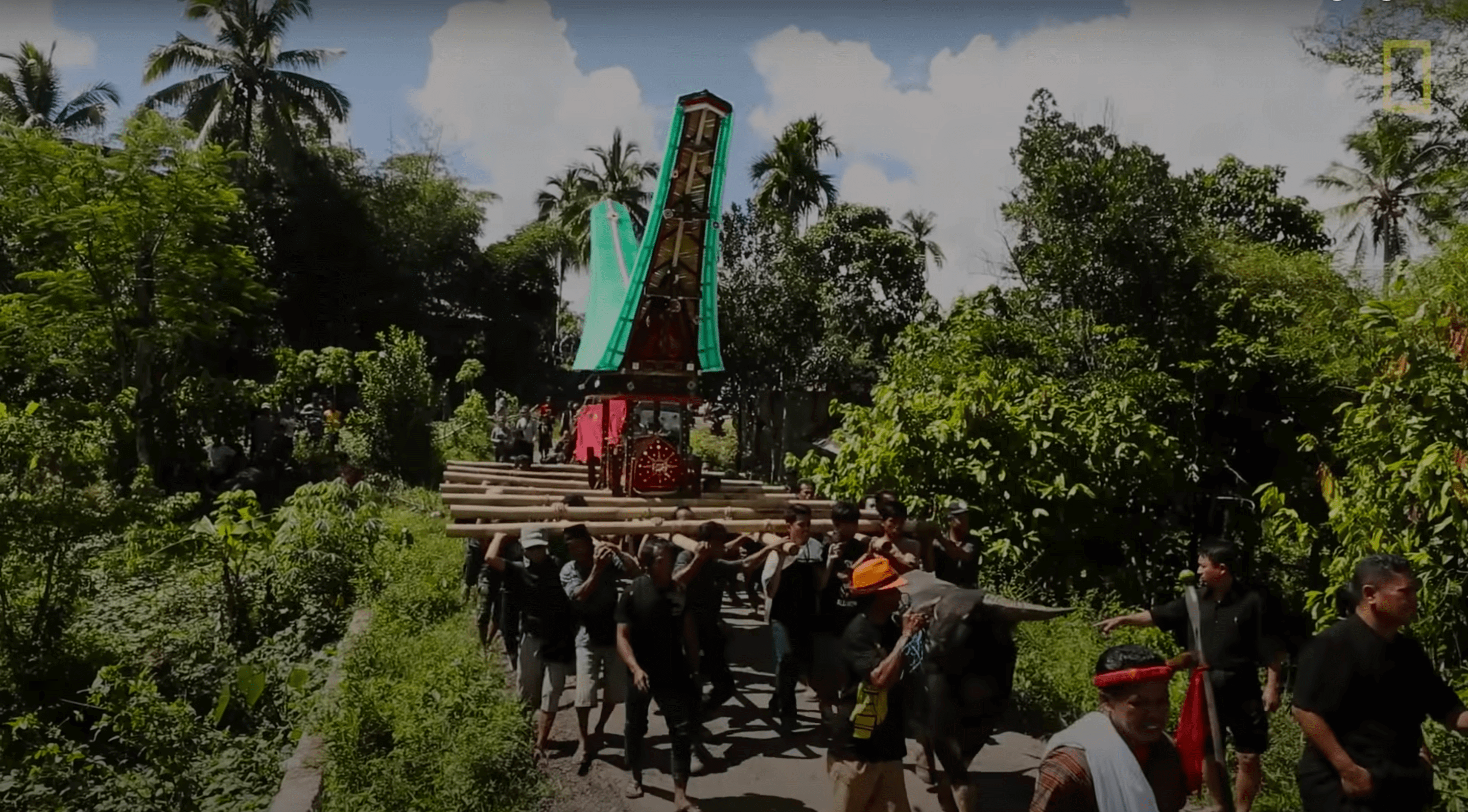 These ceremonies, which include sacrificing buffalos and pigs, can last up to 12 days.

Interestingly, over 86% of Torajans are Christians and Catholics. While the Ma’nene rituals are gradually disappearing, they are still practised with both beliefs co-existing. 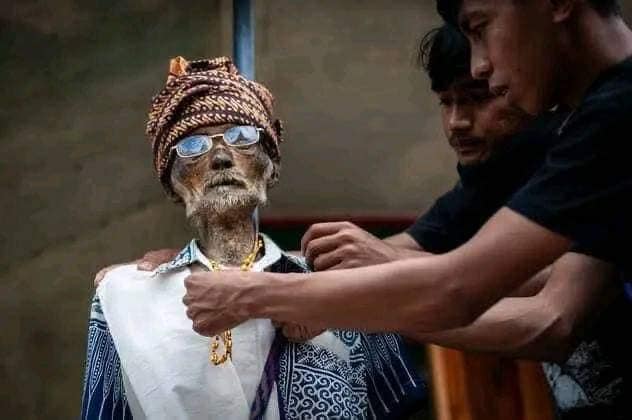 One Torajan shared with BBC that she grapples with the practices as a Christian. However, she said, “This is my culture, and I can’t let go of that”.

At the heart of it, however different the rituals seem, the principle of Ma’nene is about remembering their late loved ones, the emotional relationship shared, and how their feelings live on even in death.

Torajan sociology professor Andy Lolo said it is about doing something for someone you love — just like how many around the world visit the graves of their loved ones who have passed.

The unique rituals of the Ma’nene festival might seem bizarre – and perhaps offensive – to some on a surface level.

But fundamentally, these practices are steeped in tradition and culture that bring comfort to the living.

At the end of the day, it’s simply about respecting and honouring loved ones, a testament to the saying that love transcends death.