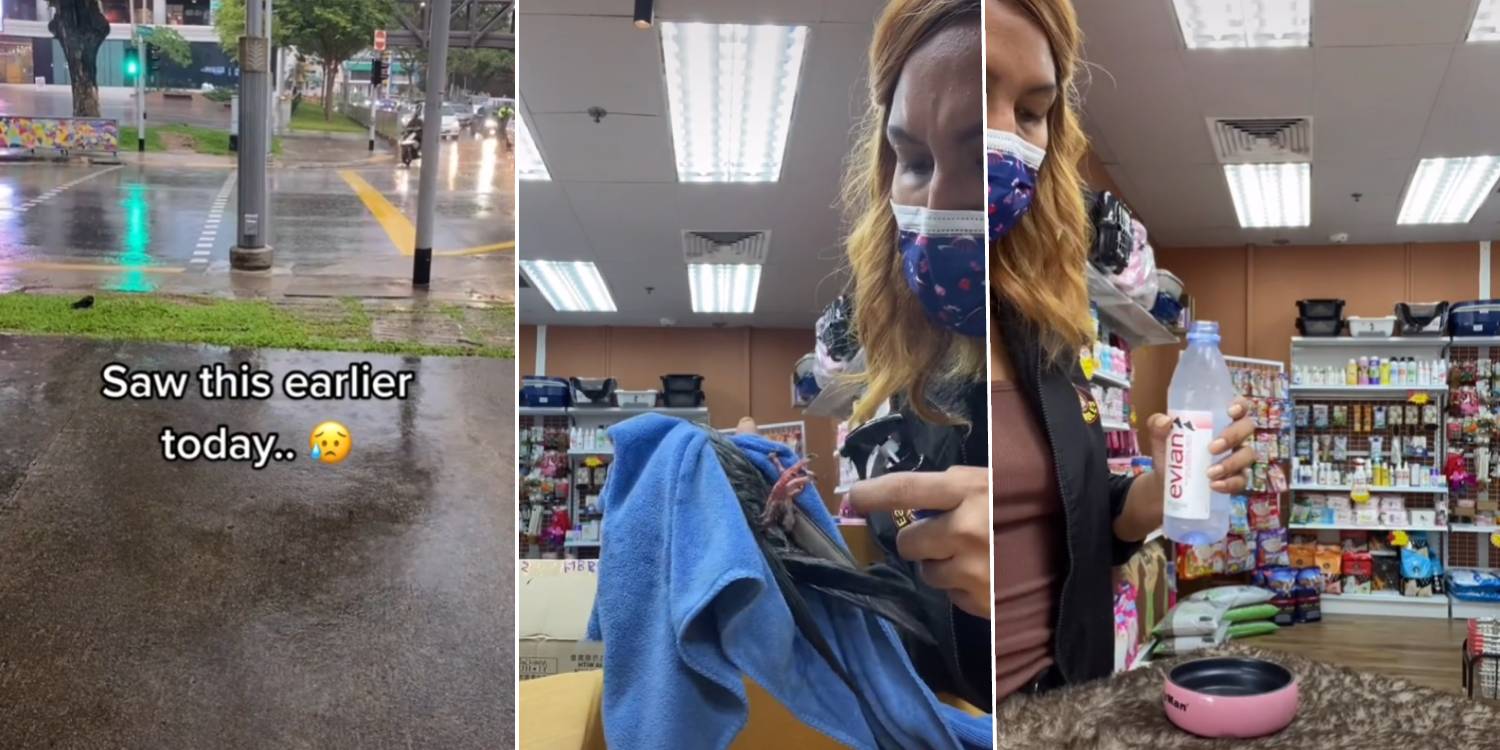 Often when we see injured wildlife, our instinct is to call wildlife rescuers like ACRES.

Well, for this pet supplies store owner, she couldn’t bear to see an injured birb and so took it into her shop to nurse it back to health.

The lady, named Sarah Schmitzy on TikTok, documented the process, providing it shelter and cleaning it of parasites.

In an update, she shared that the bird was doing a lot better after being nursed and treated it to cold fresh Evian water.

According to the TikTok video, it seems that the bird was found outside during a heavy downpour on Saturday (27 Nov). 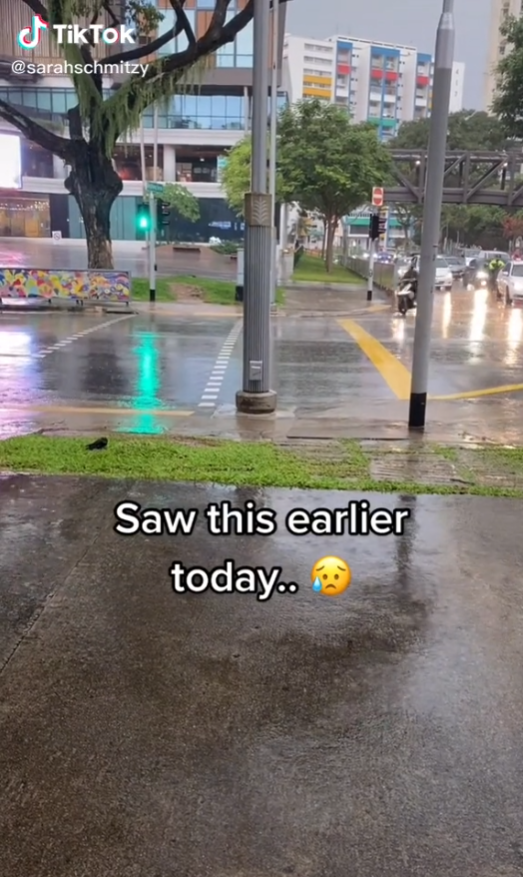 Taking pity on the lone bird, the lady brought it into her shop, a pet supplies store named Tobias Kibbles. 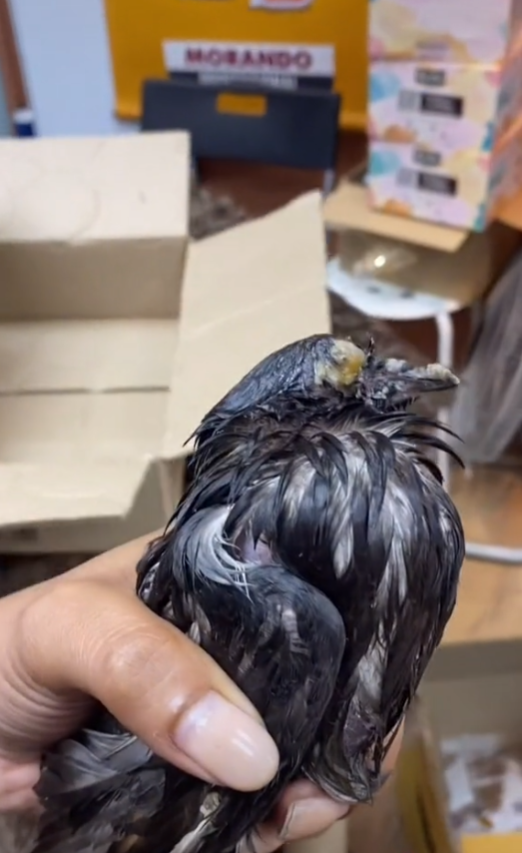 The bird appeared to be in bad shape as it had pus near its right eye, as well as numerous parasites on its body. 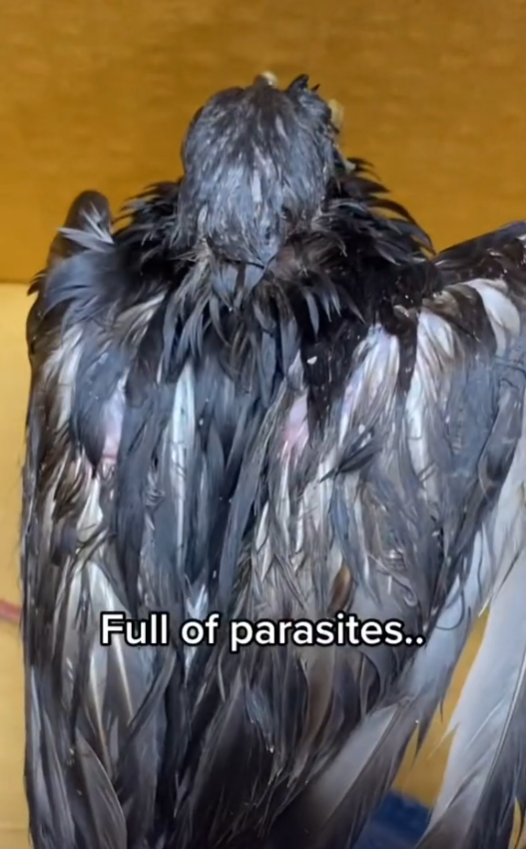 But with a magical spray, the lady seemingly managed to get rid of the parasites. 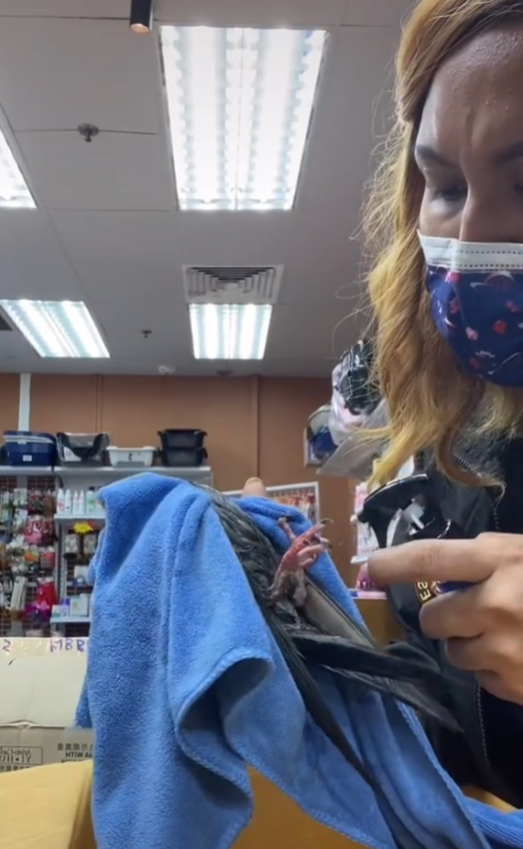 Following some magical sprays, the bird was cleaned and left to rest in a box.

By the way, she named the bird Blackie.

The following day, Sarah uploaded another video showing Day 2 of the bird’s recovery.

To the delight of the many who’d seen the first video, the bird appeared to be in better shape.

Reply to @overorderbrett so happy today. Blackie is much better today. #fyp

The parasites had mostly disappeared too. 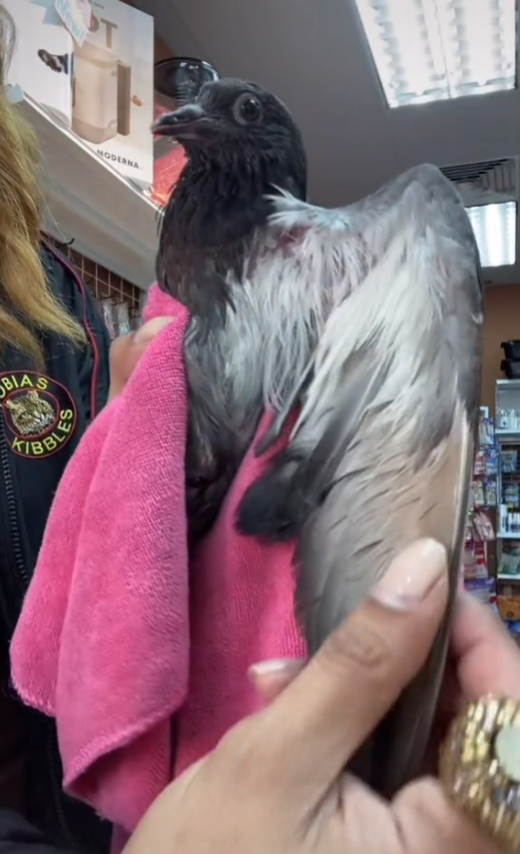 After this, the bird was given more magical sprays, followed by a wine-and-dine experience with no less than freshly chilled Evian water. She also bought bread for the bird to munch on since it had to be hungry after a day, lovingly crumbling it up into a bowl for Blackie. 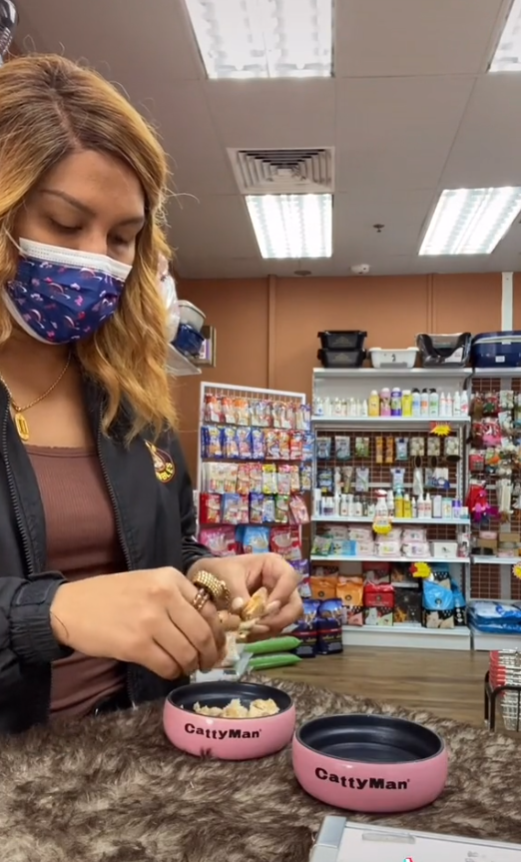 After leaving the food in the box, she left it alone so that it can eat in peace.

To her delight, Blackie was munching on the bread and feeding on the water. Things don’t get much more wholesome than this. 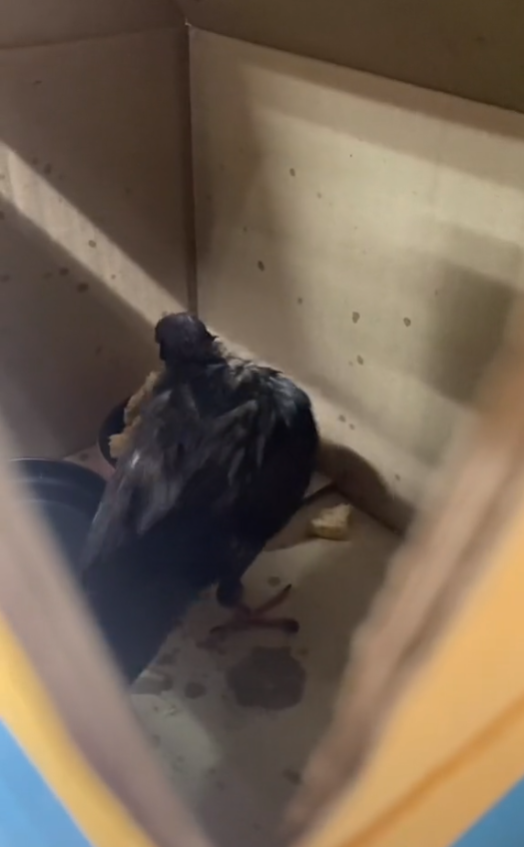 Kudos to woman for nursing bird

While most of us may not have much experience handling birds and will hand such poor creatures over to ACRES or the authorities, this lady looks experienced.

Understandable since she appears to love animals, and the bird seemed to take to her immediately.

Kudos to the lady for rescuing the bird and nursing it back to health. We hope to see more of its adventures.